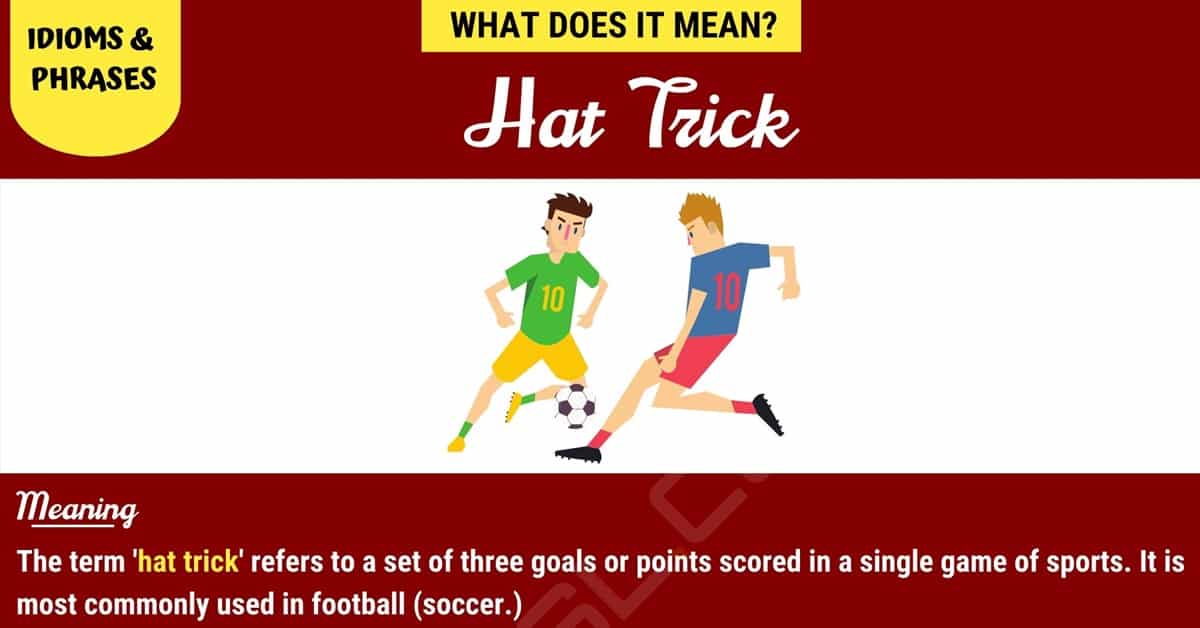 The term ‘hat trick’ is heard regularly in English conversation but what is the meaning of this saying? Let’s take a look at the answer to this question and find out how this term can be used in our day to day conversations. We will also look at where the term came from in the first place.

The term ‘hat trick’ refers to a set of three goals or points scored in a single game of sports. It is most commonly used in football (soccer.)

Although the phrase is most commonly used in football (soccer) its roots can in fact be found in the game of cricket. In the 1800s during a game of cricket, a player cleared the wickets three times and his opponent then gave him his hat. As he did this, he said the words ‘that trick is worthy of a new hat’ and so the phrase was born.

This is an example of a statement made by a sports reporter after a game of football.

Here is a statement made by a father about his son.

The phrase ‘hat trick’ may appear in several conversations, here are some examples of how that might look.

The first conversation is between two people discussing a recent football match.

This is a conversation between two friends.

If you want to refer to the meaning of the term ‘hat trick; but using different wording, here are some examples of how you can do that.

What Is A Hat Trick? | Image 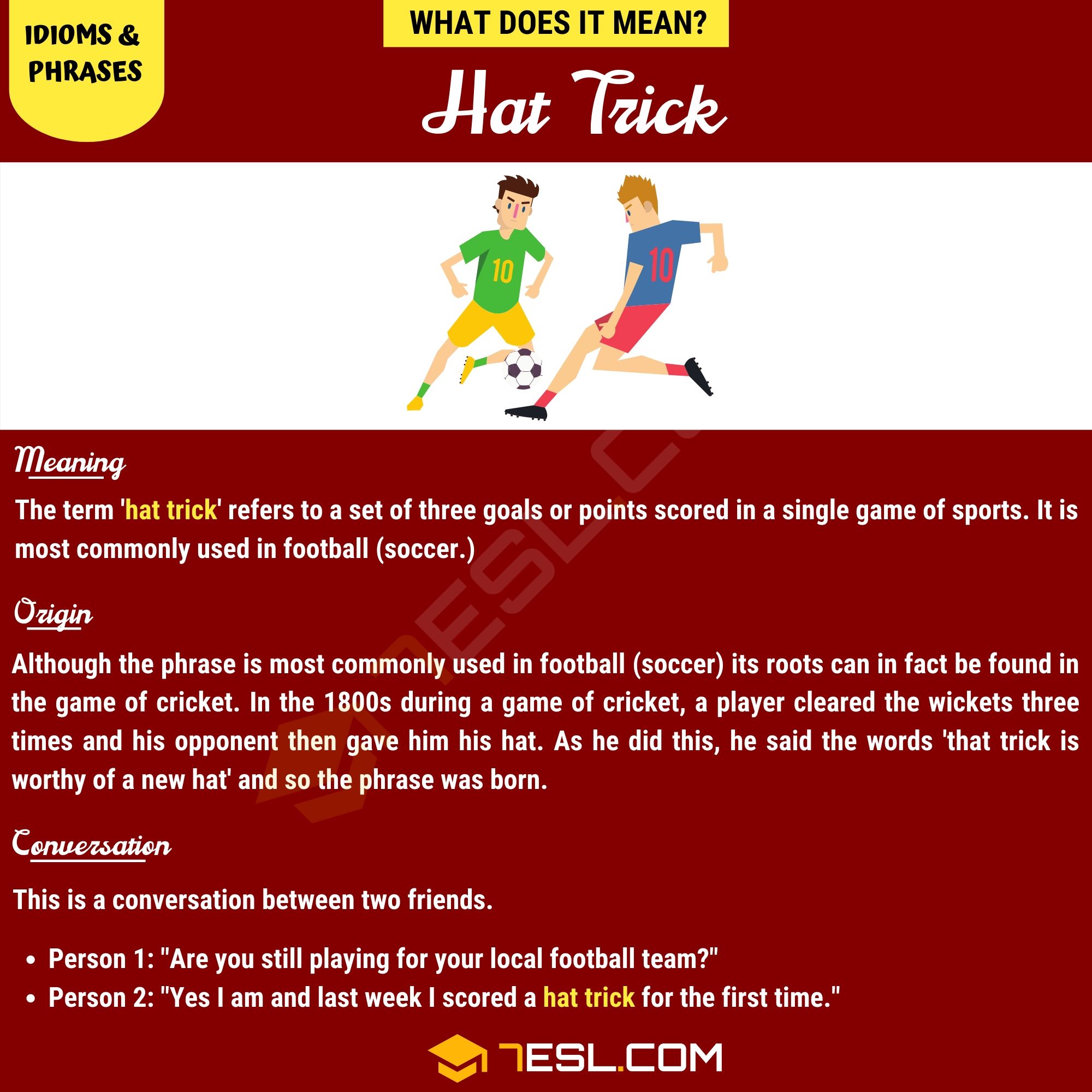