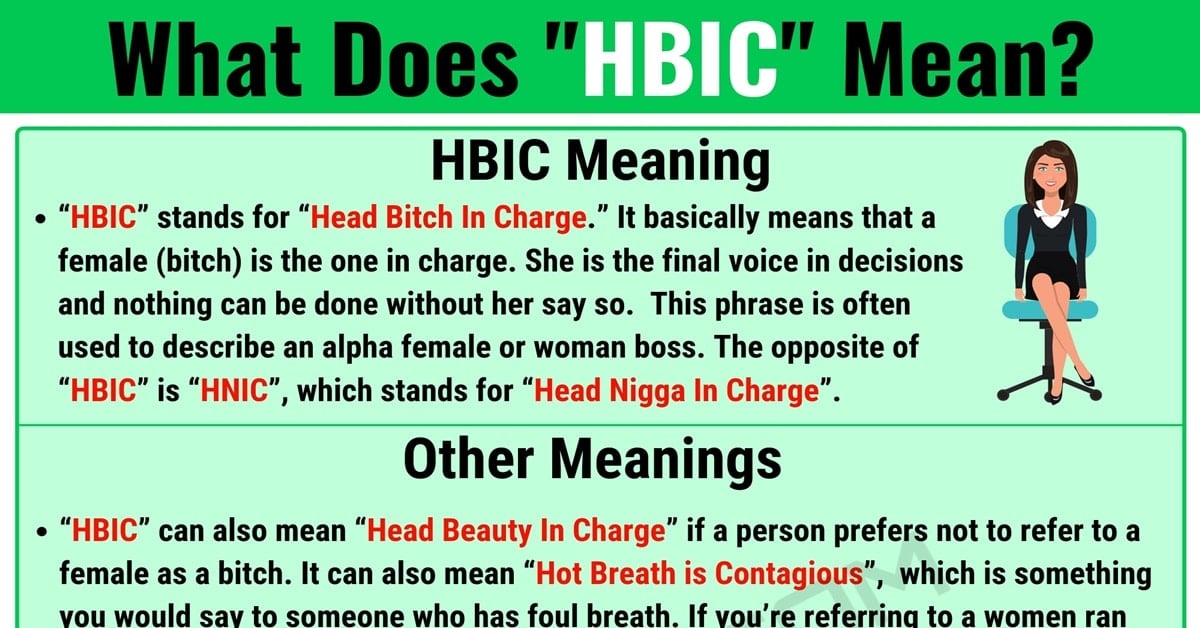 What does HBIC mean? What is the definition of this internet acronym? Learn how and when to use this internet slang term with ESL infographic and useful conversation examples in English.

What Does HBIC Mean?

When you’re famous, you can make just about anything popular  – including acronyms. “HBIC” is an acronym that gained its popularity due to Tiffany Pollard, also known as Miss New York, who stars in I Love New York and Flavor of Love. Miss Pollard certainly has no problem making sure people know who’s the boss when she’s around, which is why she became known as the “HBIC” – a title she’s proud to announce on TV.

“HBIC” stands for “Head Bitch In Charge.” It basically means that a female (bitch) is the one in charge. She is the final voice in decisions and nothing can be done without her say so.  This phrase is often used to describe an alpha female or woman boss. The opposite of “HBIC” is “HNIC”, which stands for “Head Nigga In Charge”.

“HBIC” can also mean “Head Beauty In Charge” if a person prefers not to refer to a female as a bitch. It can also mean “Hot Breath is Contagious”,  which is something you would say to someone who has foul breath. If you’re referring to a women ran company, you could say “Head Bitches in Charge.” Or you could say “HBIC” to refer to “Hottest Bitches in Club”, as well as “Hottest Badass in Club”.

In this example, you can see that Shelby is asking her friend to talk her up to the boss lady. However, Angie can’t do this, as she doesn’t know the “HBIC” or “Head Bitch in Charge”. This means she’s higher up the corporate ladder than Angie currently is. The “HBIC” won’t always be the top boss but she will be in charge over something that requires others to seek her approval or opinion. 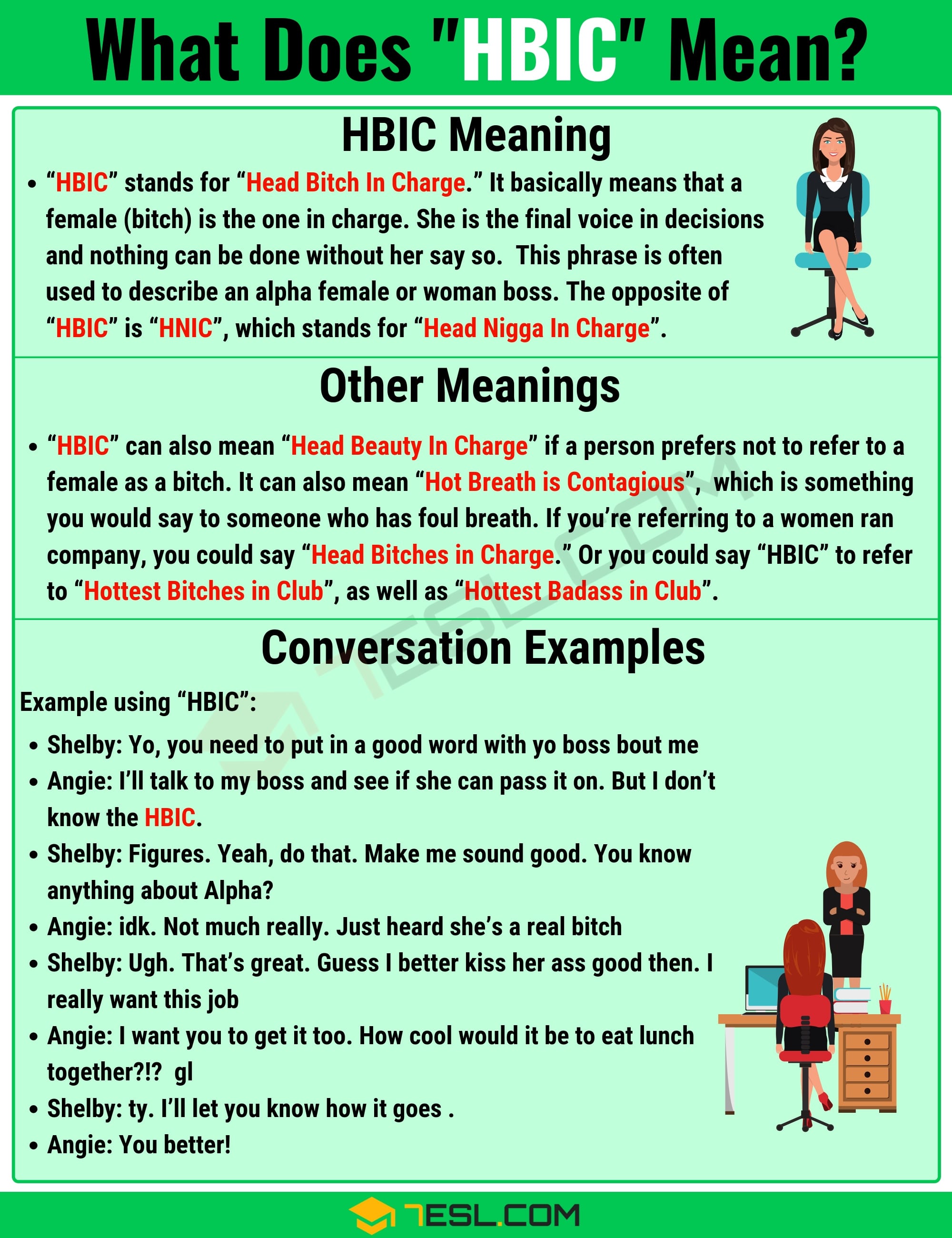