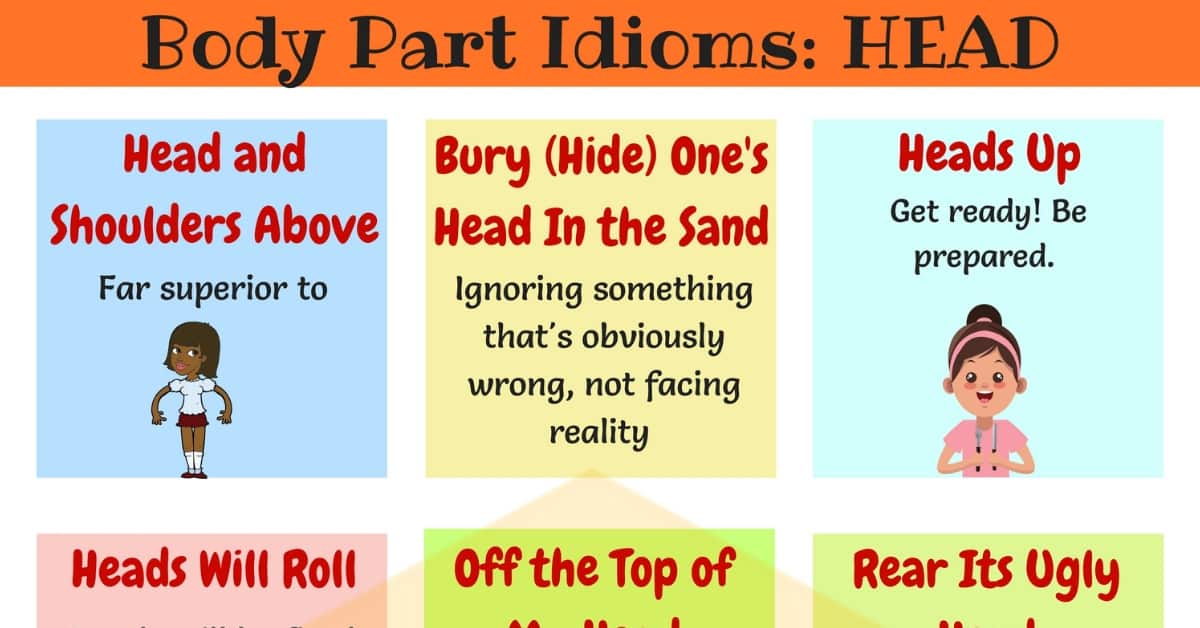 Head Idioms and Phrases! In this lesson, you will learn useful phrases and idioms about the head with meaning, ESL picture and example sentences.

Full list of body idioms in English with examples.

Head Idioms with Meaning and Examples

Head and Shoulders Above

Heads Will Roll (Are Going to Roll)

Off the Top of My Head

Rear Its Ugly Head (said of a problem or something unpleasant)

Turn Something on Its Head 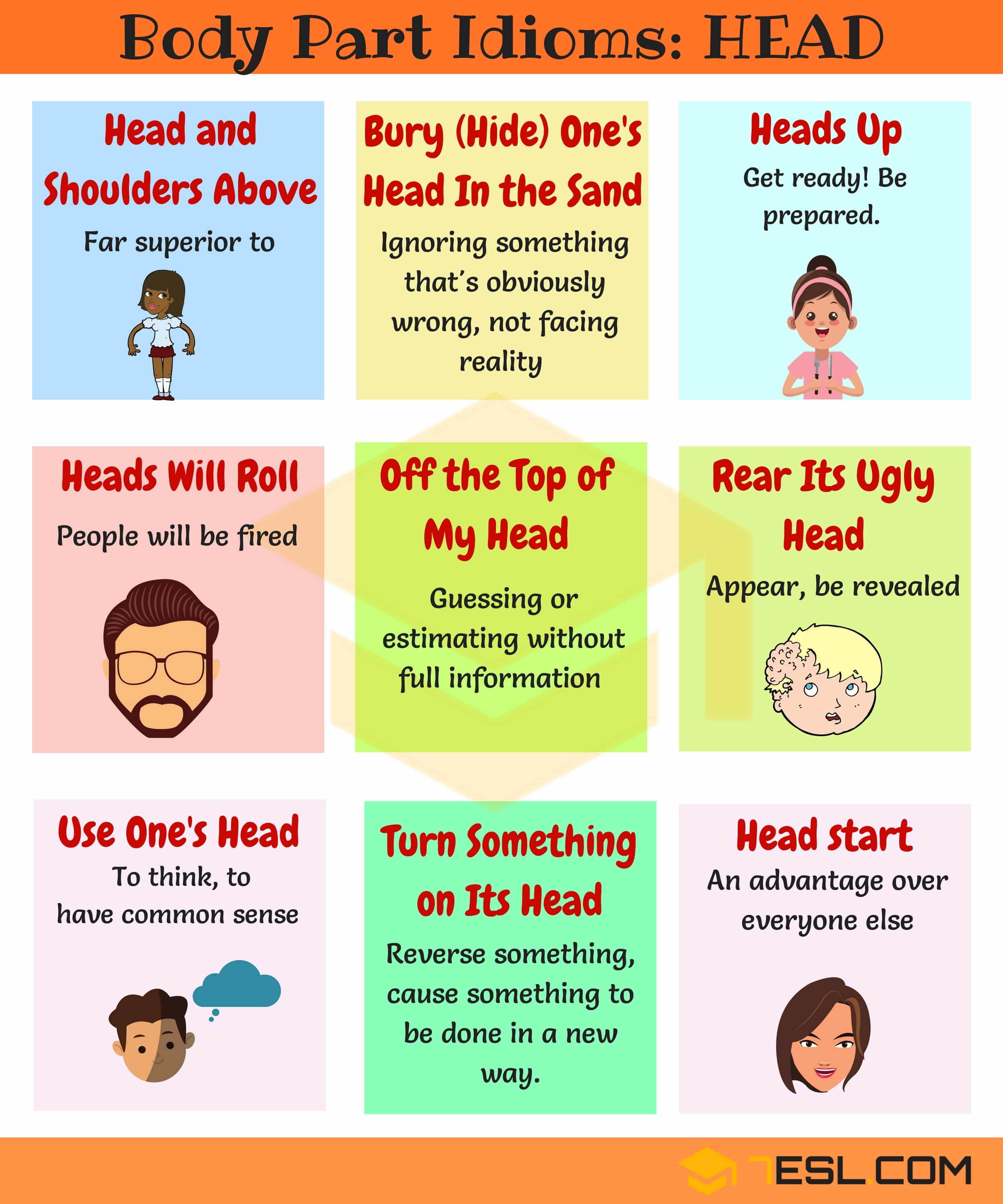 I need to figure out what lose your head means and u don’t have I don’t his website!!!!!!!

It has everything for my assignment, this website really helped me. Thank You.