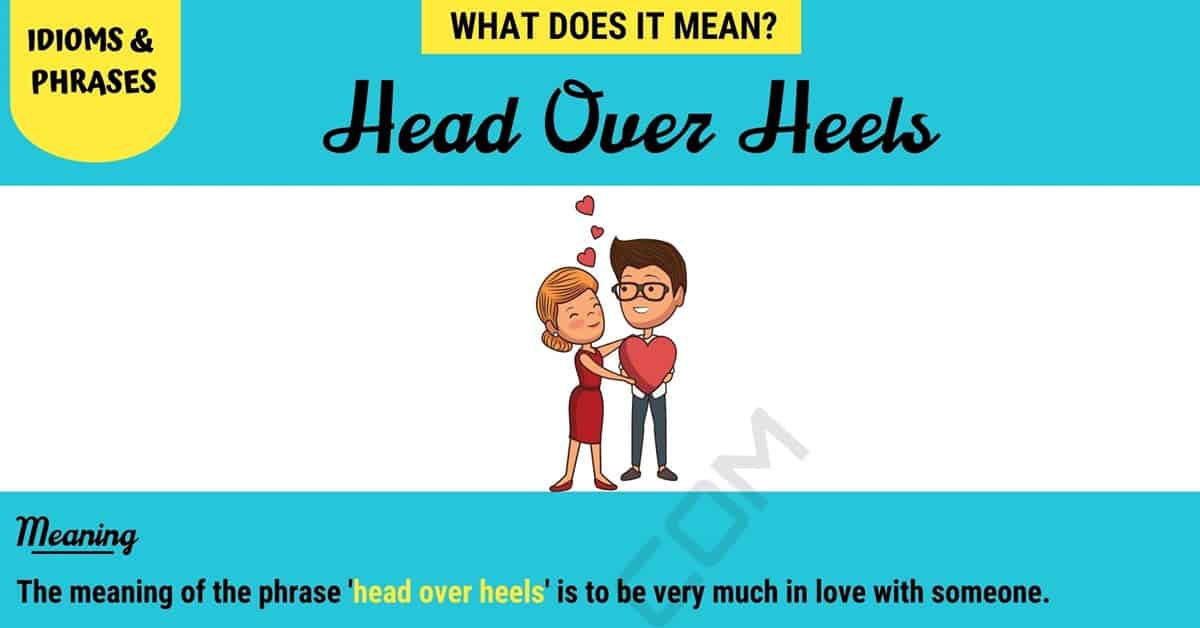 Have you ever heard the term ‘head over heels’ used in a conversation and wondered what the person was talking about? We are going to look at the meaning behind this phrase and where it originally came from. We will also take a look at how the phrase can be used in our day to day conversations.

The meaning of the phrase ‘head over heels’ is to be very much in love with someone.

This phrase originally came from the 14th century. It originated from the excitement involved in doing a cartwheel, which quite literally put your head over your heels.

This is a statement made by a girlfriend to her boyfriend.

Here is a statement made in a newspaper article

The term ‘head over heels’ may be heard many times in conversations. Here are some examples of ways in which it might fit in.

This first conversation is happening between two friends. when talking about one friend’s new partner.

Here is a conversation between a father and his potential son in law.

There are plenty of other ways in which you can express the meaning of the term ‘head over heels.’ Here are some examples of other things you could say that would carry the same meaning. 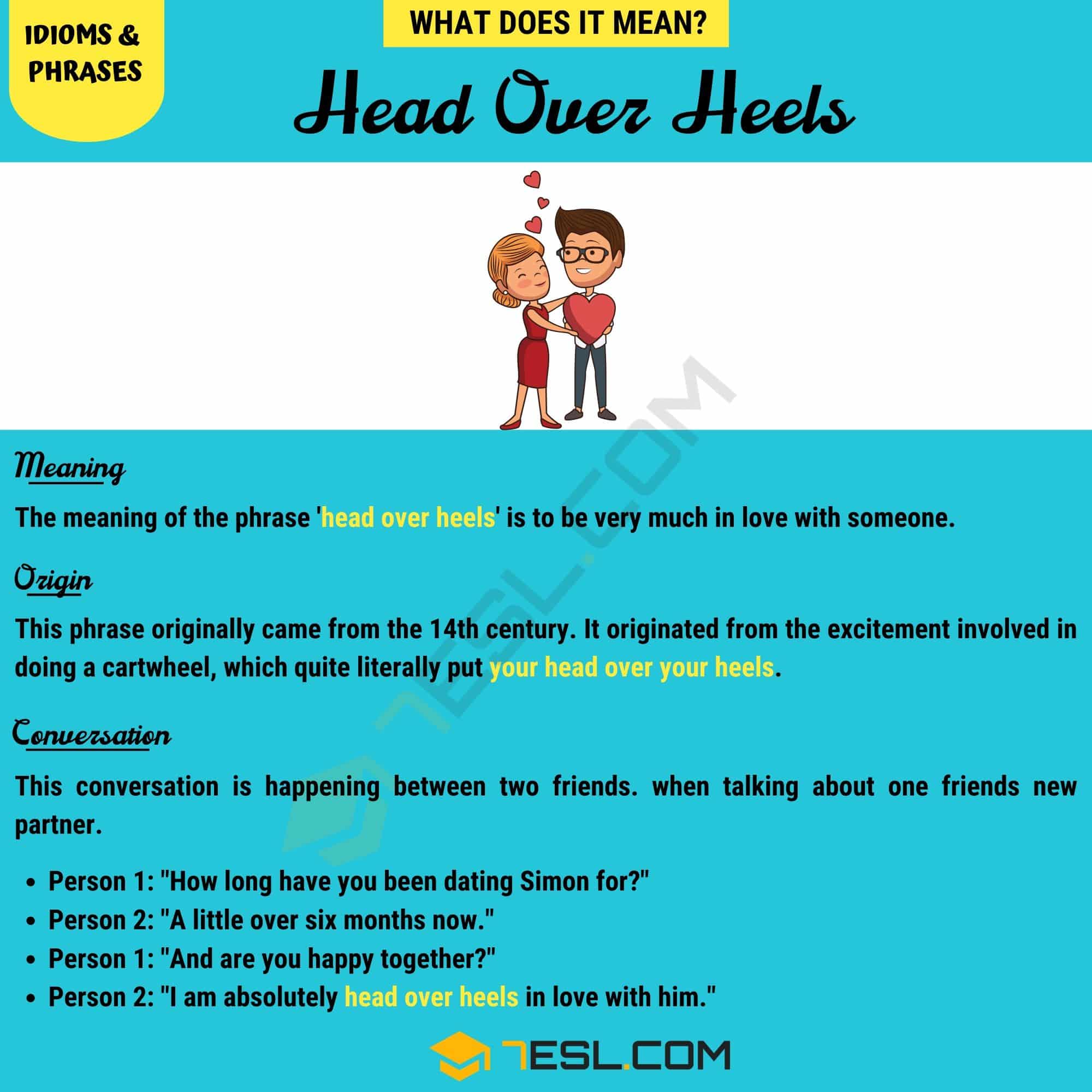 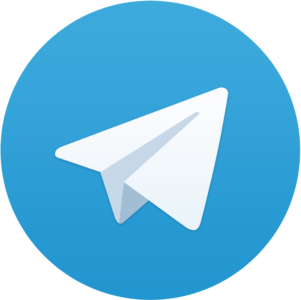