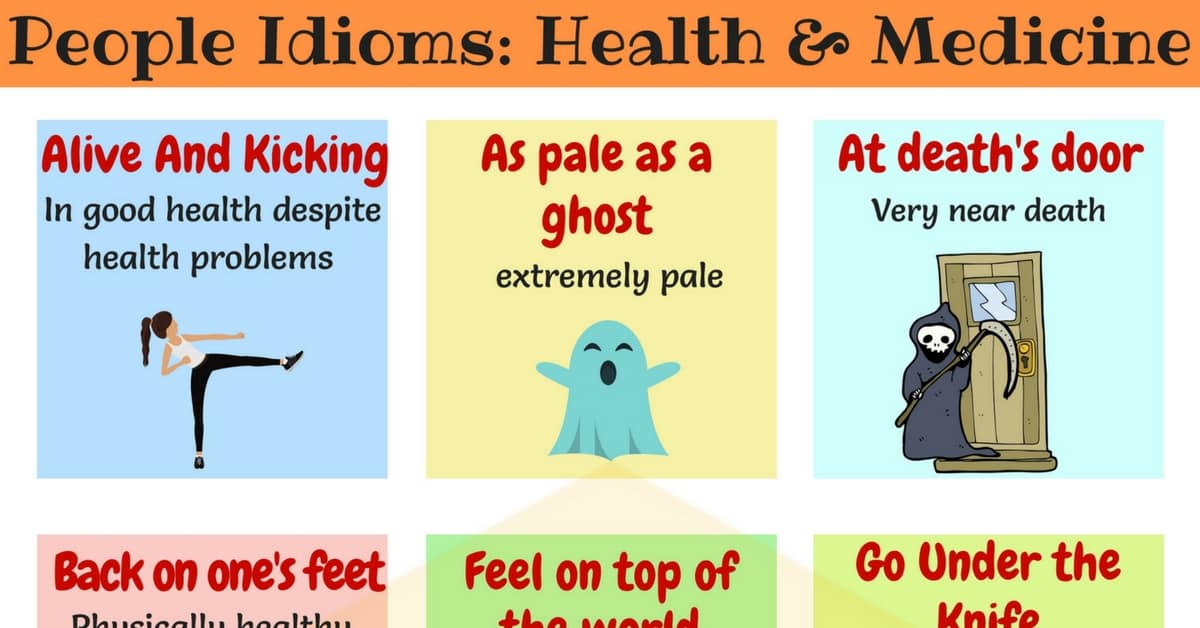 Health Idioms & Sayings! List of useful health and medicine idioms in English with meaning and examples. Learn these health idioms with ESL picture to improve your English.

Health Idioms with Meaning and Examples

An apple a day keeps the doctor away

As fit as a fiddle

As pale as a ghost

As pale as death

Back on one’s feet

Be on the Mend

Break out in a cold sweat

Feel on top of the world

Get a charley horse

Go Under the Knife

Green around the gills

Have one foot in the grave

Just what the doctor ordered

Laughter is the best medicine

Run in the family

Sick and Tired of

Sick as a Dog

Taste of your own medicine 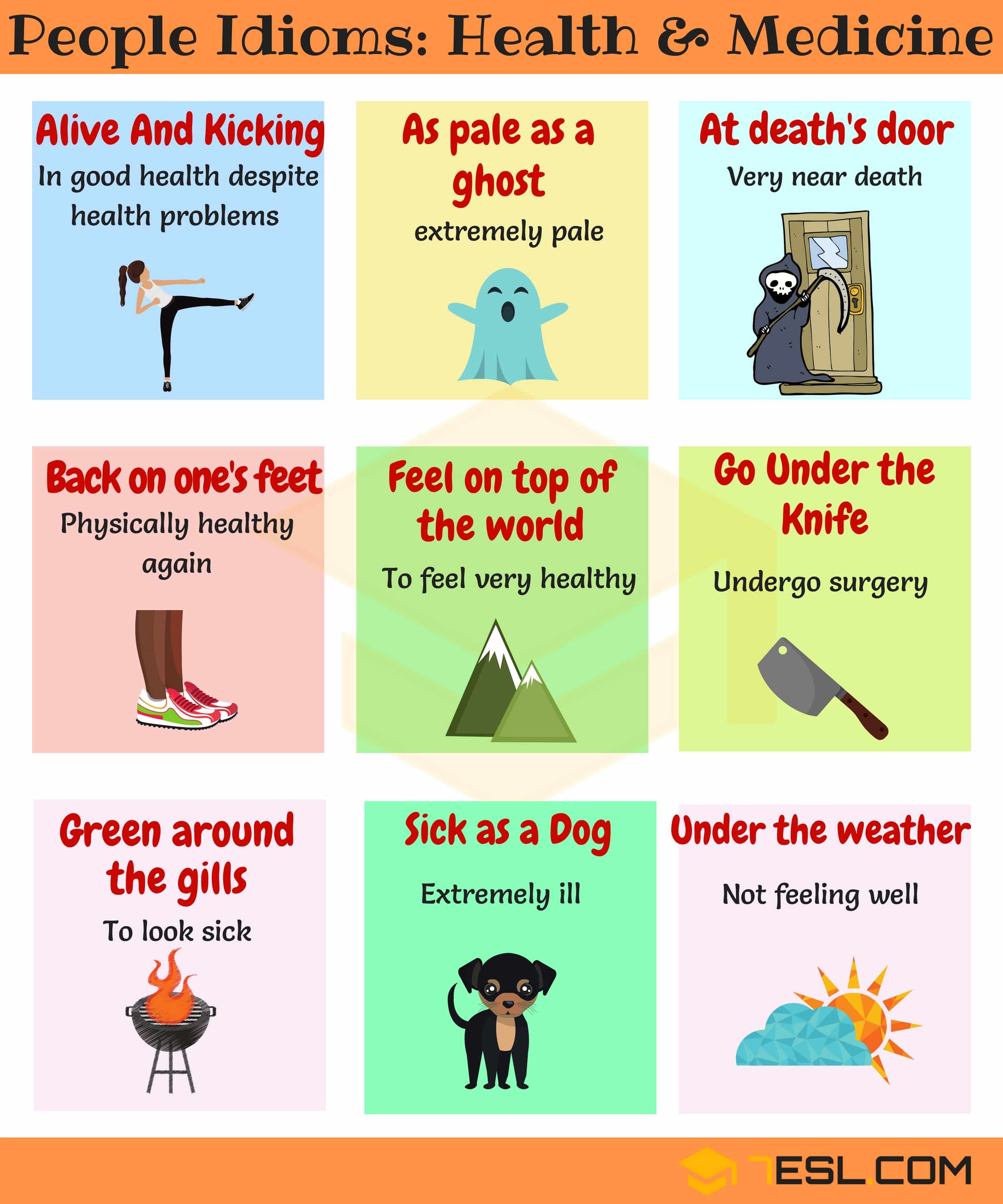 … Health and Medicine Idioms in English …

Thank-you so much. Your idioms really help me .

Thank you for your explinations, my health class enjoyed reading this article.