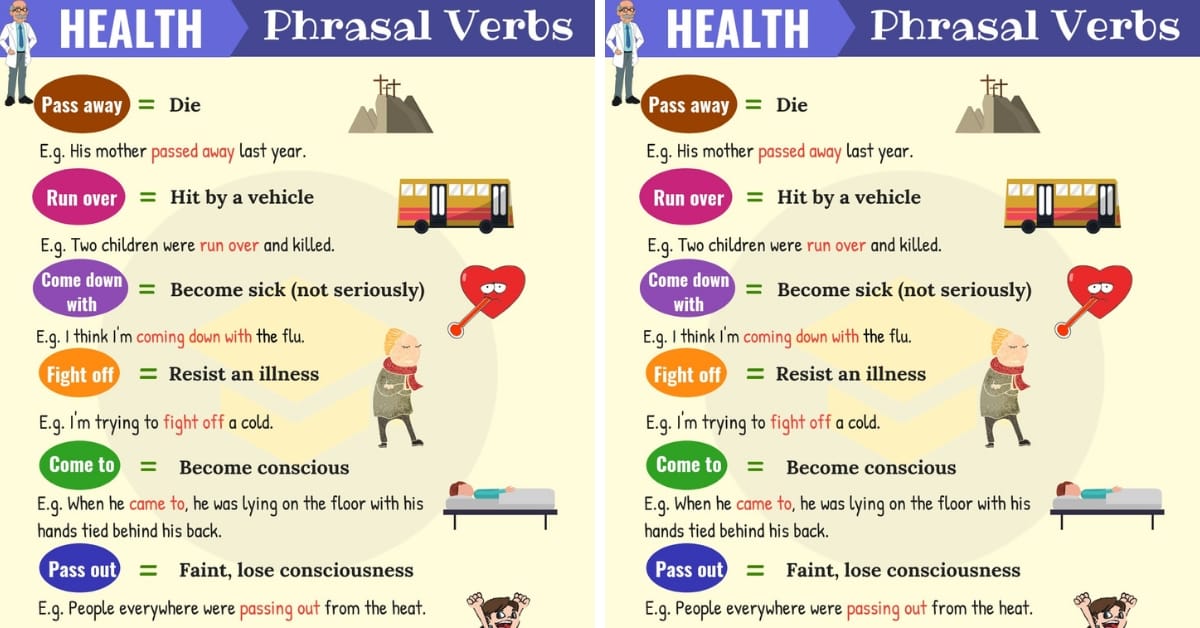 Health Vocabulary! List of useful health phrasal verbs in English with their meaning and examples. Learn these common phrasal verbs for health, fitness, sickness and death with ESL picture to increase your English vocabulary.

Useful list of health idioms in English with meaning and example sentences. 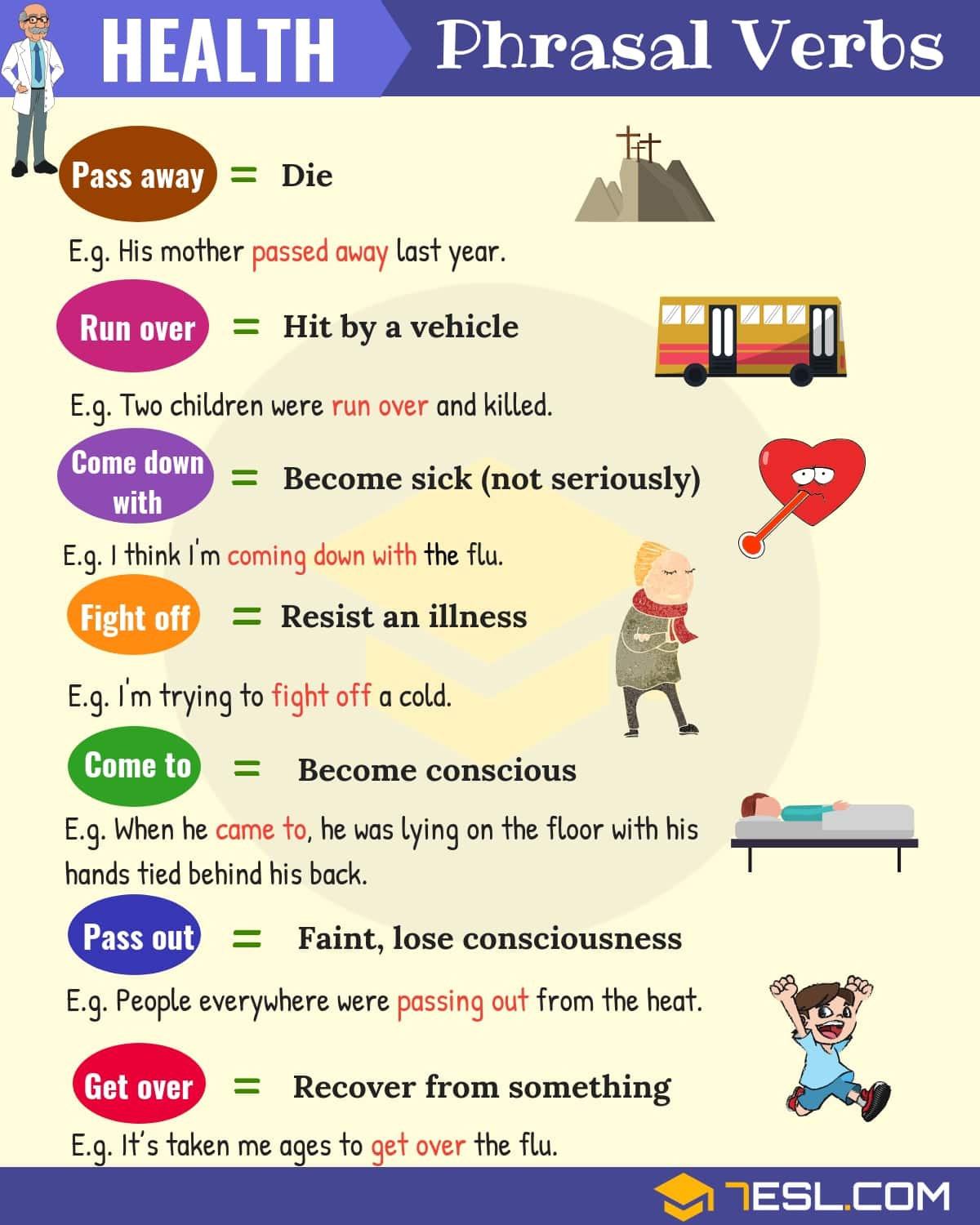 This is the best site ever for phrasal verbs I have even encountered with!
Great design great context great job done. My students are enjoying a lot.
Thanks a million
God bless you all

Isn’t it possible to have daily lesson on whtsapp plz?