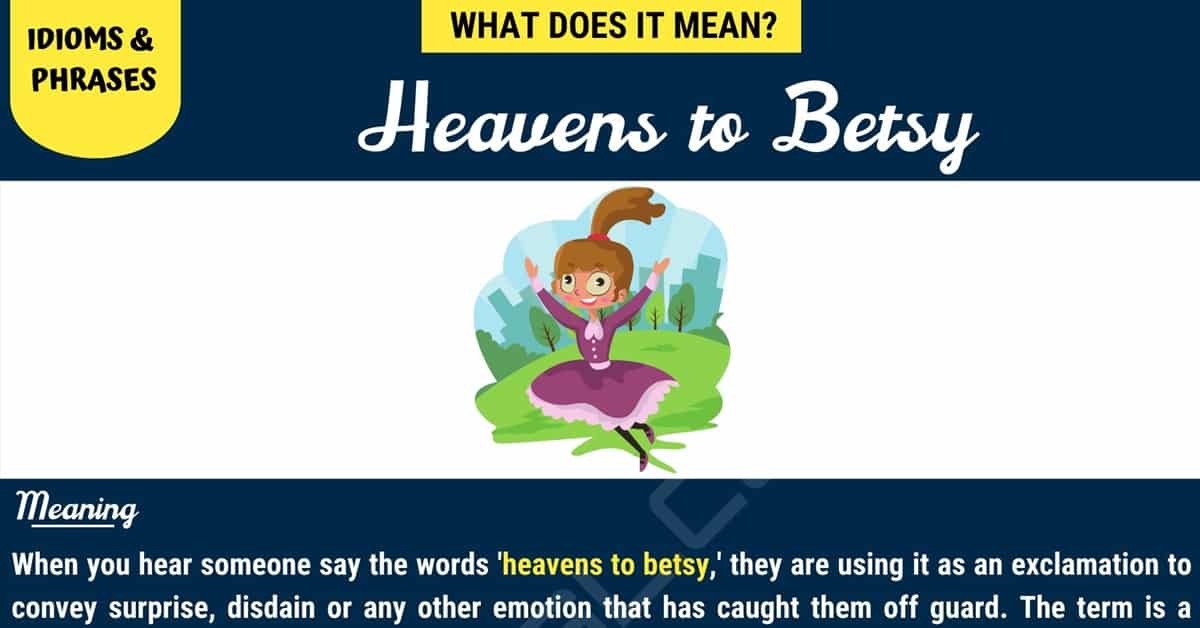 You may have heard someone use the term ‘heavens to betsy’ whilst listening to an English conversation. But what is the meaning of this saying? We are going to take a look at its meaning and where the saying came from in the first place. We will also see how the term can be used in our every day conversations.

When you hear someone say the words ‘heavens to betsy,’ they are using it as an exclamation to convey surprise, disdain or any other emotion that has caught them off guard. The term is a variation of the phrase ‘for heavens sake.’

Examples of “Heavens to Betsy”

This is a statement made by someone who has just found an old photograph.

Here is a statement that is made by a mother to her child.

If you are curious to see how the term ‘heavens to betsy’ would fit into a conversation, here are some examples of how it might look.

The first conversation is occurring between two friends who have just bumped into one another out and about.

This next conversation is between a grandmother and her granddaughter.

There are other examples of how you might say the term ‘heavens to betsy’ using different wording, here are some of them.

What Does “Heavens to Betsy” Mean? | Image 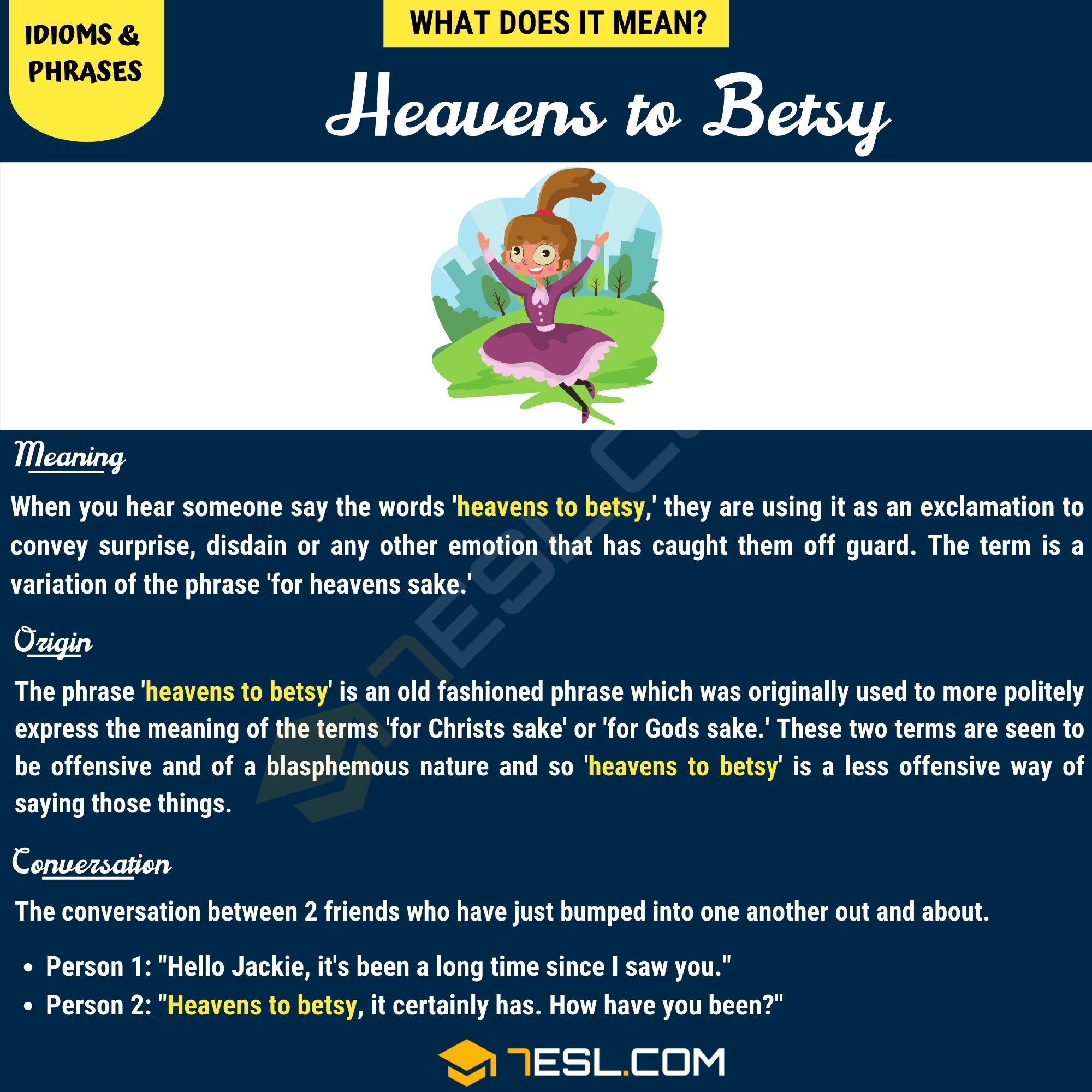