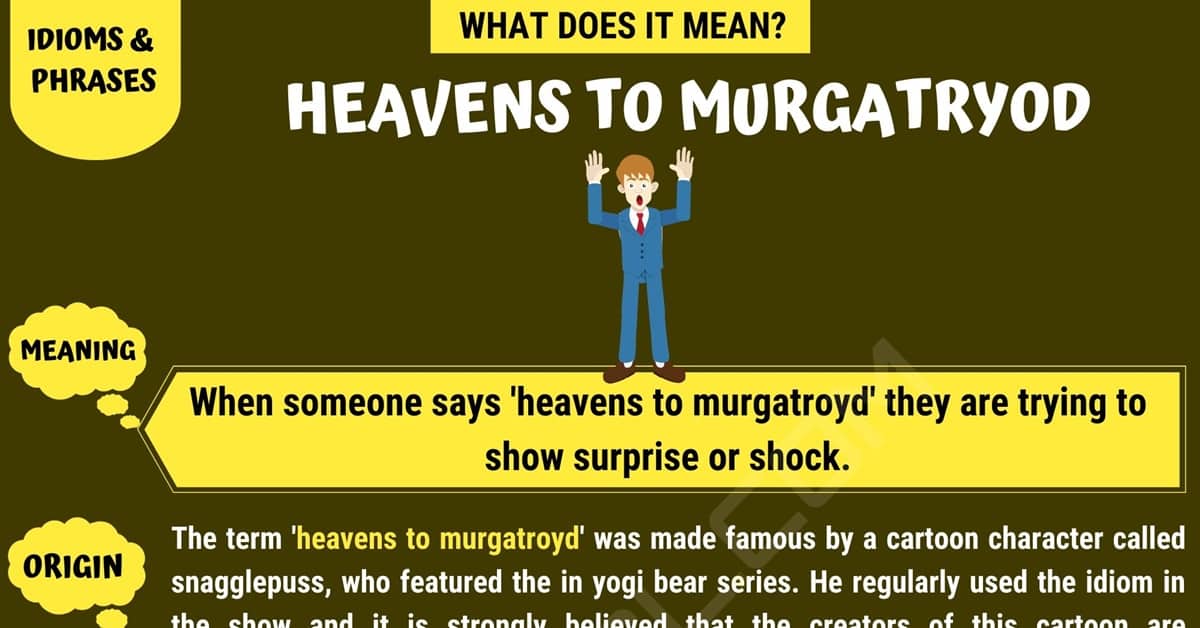 Have you ever heard someone use the saying ‘heavens to murgatroyd’ and wondered what they are talking about? We are going to look at the meaning of this term and how we can use it in a conversation, as well as taking a look at where the phrase came from in order to better understand its meaning.

When someone says ‘heavens to murgatroyd’ they are trying to show surprise or shock.

Origin of this saying

The term ‘heavens to murgatroyd’ was made famous by a cartoon character called snagglepuss, who featured the in yogi bear series. He regularly used the idiom in the show and it is strongly believed that the creators of this cartoon are responsible for coining the term.

Examples of “Heavens to Murgatryod”

Here is a statement made by a golfer during a game.

This next statement is made by a live news reporter

There are many ways in which the term ‘heavens to murgtroyd’ can be used in a conversation, here are just some examples of how that can be done.

The first conversation is taking place between two work colleagues.

Here is a conversation which is happening between a father and daughter.

There are many ways in which the term ‘heavens to murgatroyd’ could be expressed.

Here are some examples of other ways you might say the term.

What Does “Heavens to Murgatryod” Mean? | Picture 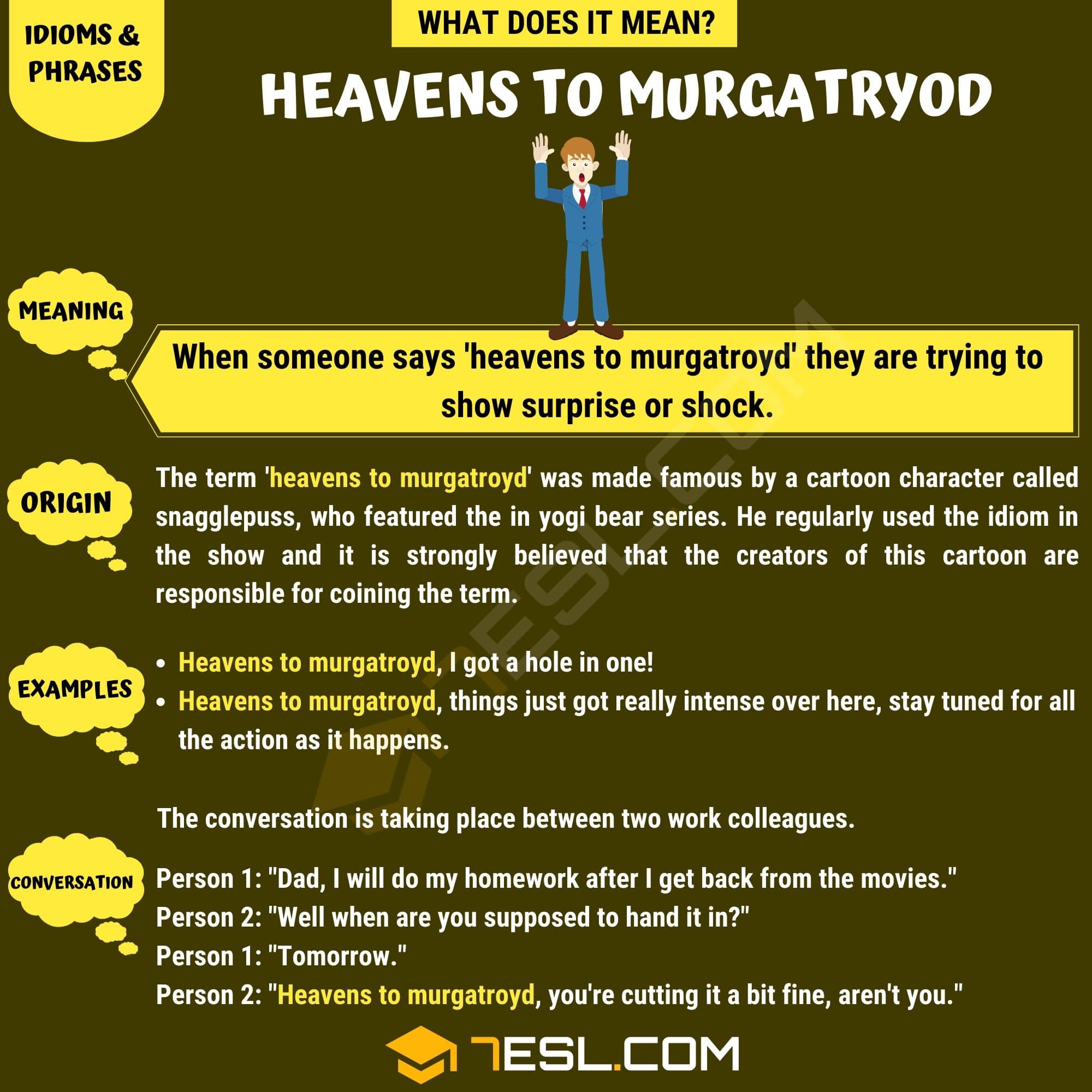 Who’s the Looney Tunes character that used to say Heavens to Murgatroyd?