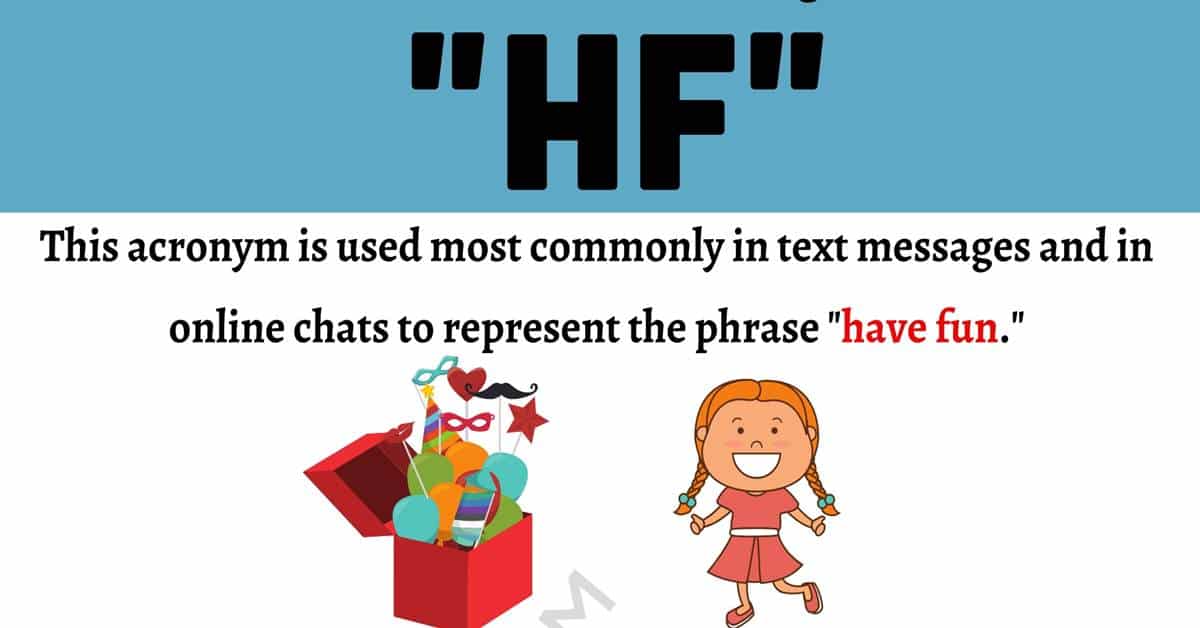 The acronym “HF” is used to represent a simple phrase that has been used for quite a long time in face-to-face conversation before the internet or text messaging was even thought of. If you are here to find out the meaning of this term, then you have come to the right place. Not only will you find the meaning here on this page, but you will also find details concerning its origin and some other meanings as well. Some example conversations are provided in addition to this information for your benefit so you can see how the term is used correctly in context. Finally, you will see some suggested words or phrases that you can use to replace the phrase that this acronym represents without changing the meaning of the original phrase.

What Does HF Mean?

This acronym is used most commonly in text messages and in online chats to represent the phrase “have fun.” It is typically a response to someone when they tell you they are going somewhere and you want to wish them a good time.

The word “fun” was derived from the French and first appeared in England sometime during the 1600s. Although the word itself had somewhat of a tumultuous relationship with England and its leaders, Chaucer has long been held responsible for the modern definition that is known today. As fun became more acceptable after many years of battling whether it was or not, the word spread to other places like North America. Fun was first accepted in the southern states and gradually made its way to the New England states before expanding nationwide as people took the meaning of fun with them as they colonized the rest of North America. Once the term became a widely accepted thing, telling people to have fun and enjoy themselves happened in turn.

A conversation between Father and Son. 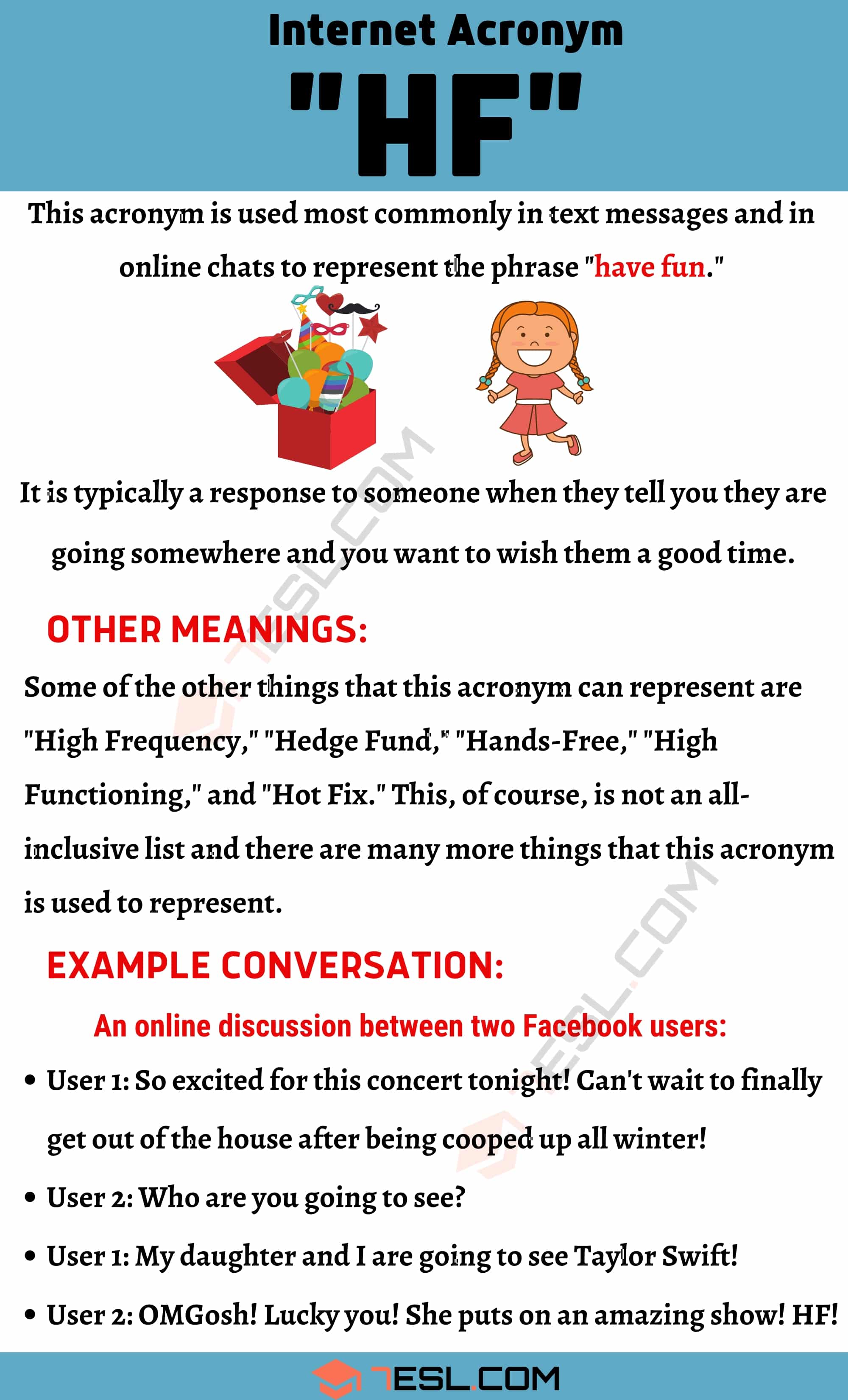 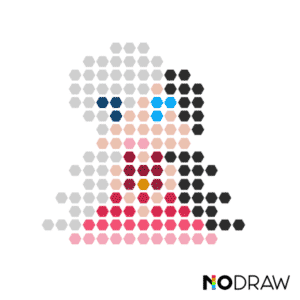