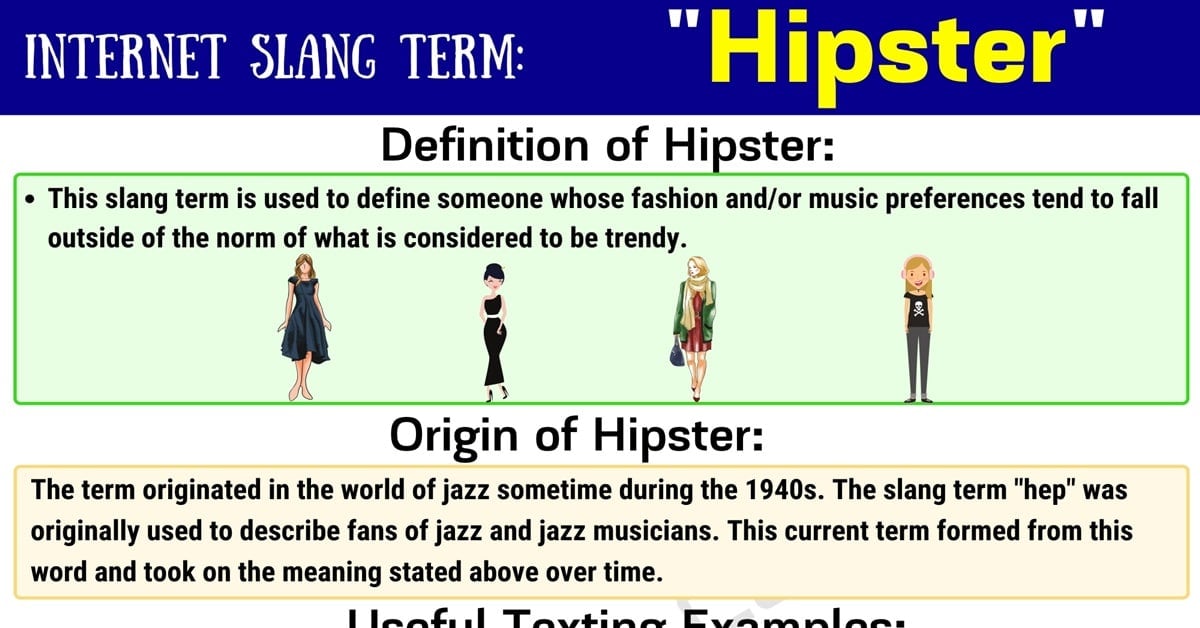 The slang term “hipster” is used often in conversation. Chances are you have heard or seen this phrase and your lack of comprehension of it has led you here. This is a good thing because here you will find everything you need to know to understand this phrase better.

You will find the meaning, the origin information, and some alternative meanings also if they exist. You will also see some conversation examples that highlight this term and help you see how it is correctly used in a sentence in dialogue. Finally, you will discover some synonyms for the term that you can use interchangeably with the original to convey the same meaning.

What Does Hipster Mean?

This slang term is used to define someone whose fashion and/or music preferences tend to fall outside of the norm of what is considered to be trendy.

The term originated in the world of jazz sometime during the 1940s. The slang term “hep” was originally used to describe fans of jazz and jazz musicians. This current term formed from this word and took on the meaning stated above over time.

Although some definitions of this term differ slightly from one to the other, this term does not have any other meanings.

There are several synonyms for this slang term. Some of the other words you could use in its place include: 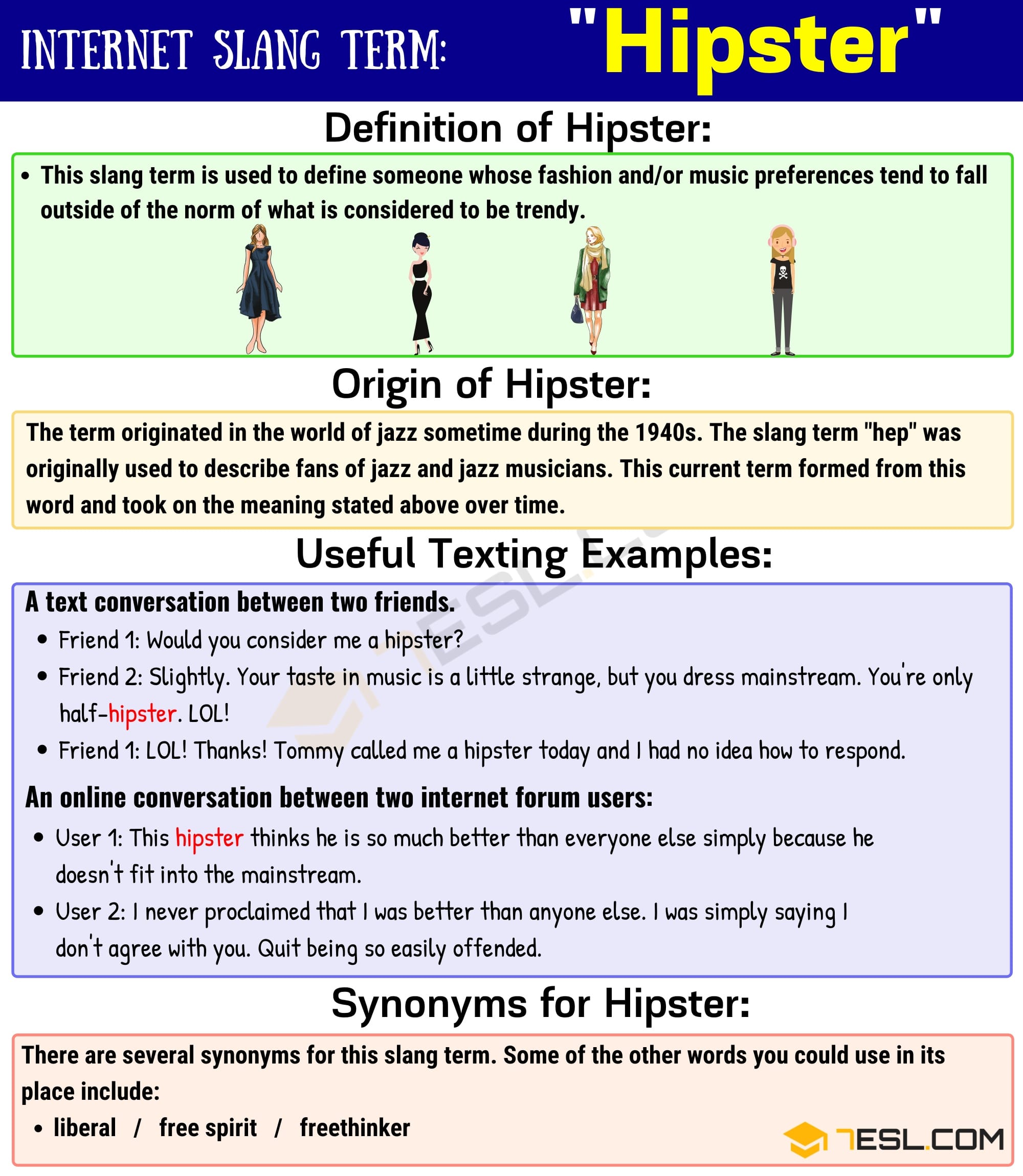