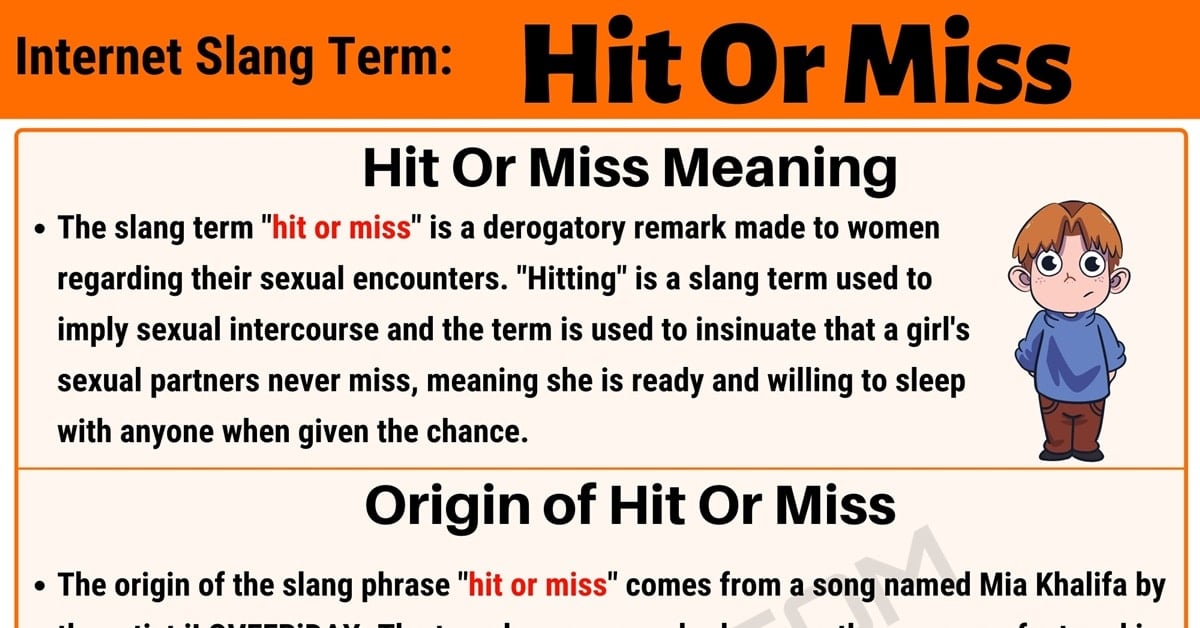 “Hit or miss” is a popular slang term that is much more recent than most and is being used on a much more regular basis because of its popularity. If you have heard or seen this term being used and were searching for what it meant, then thank your lucky stars that search led you here.

Below you will find all you want to know about the phrase including its meaning, information on its origin, optional meanings if there are any, and some example conversations featuring the phrase in the correct context to help you further understand it. You will also discover some alternative words or phrases that you can substitute for this phrase in conversation to convey the same message.

What Does “Hit Or Miss” Mean?

The slang term “hit or miss” is a derogatory remark made to women regarding their sexual encounters. “Hitting” is a slang term used to imply sexual intercourse and the term is used to insinuate that a girl’s sexual partners never miss, meaning she is ready and willing to sleep with anyone when given the chance.

Origin of Hit Or Miss

People have used the term “hit or miss” to play a game of sorts where one person is given the name of someone and they decide whether they would hit them or miss them, meaning would they have sex with them or would they pass. The phrase “hit or miss” can also be used to mean that sometimes things happen and sometimes they don’t.

Alternatives to “Hit Or Miss” 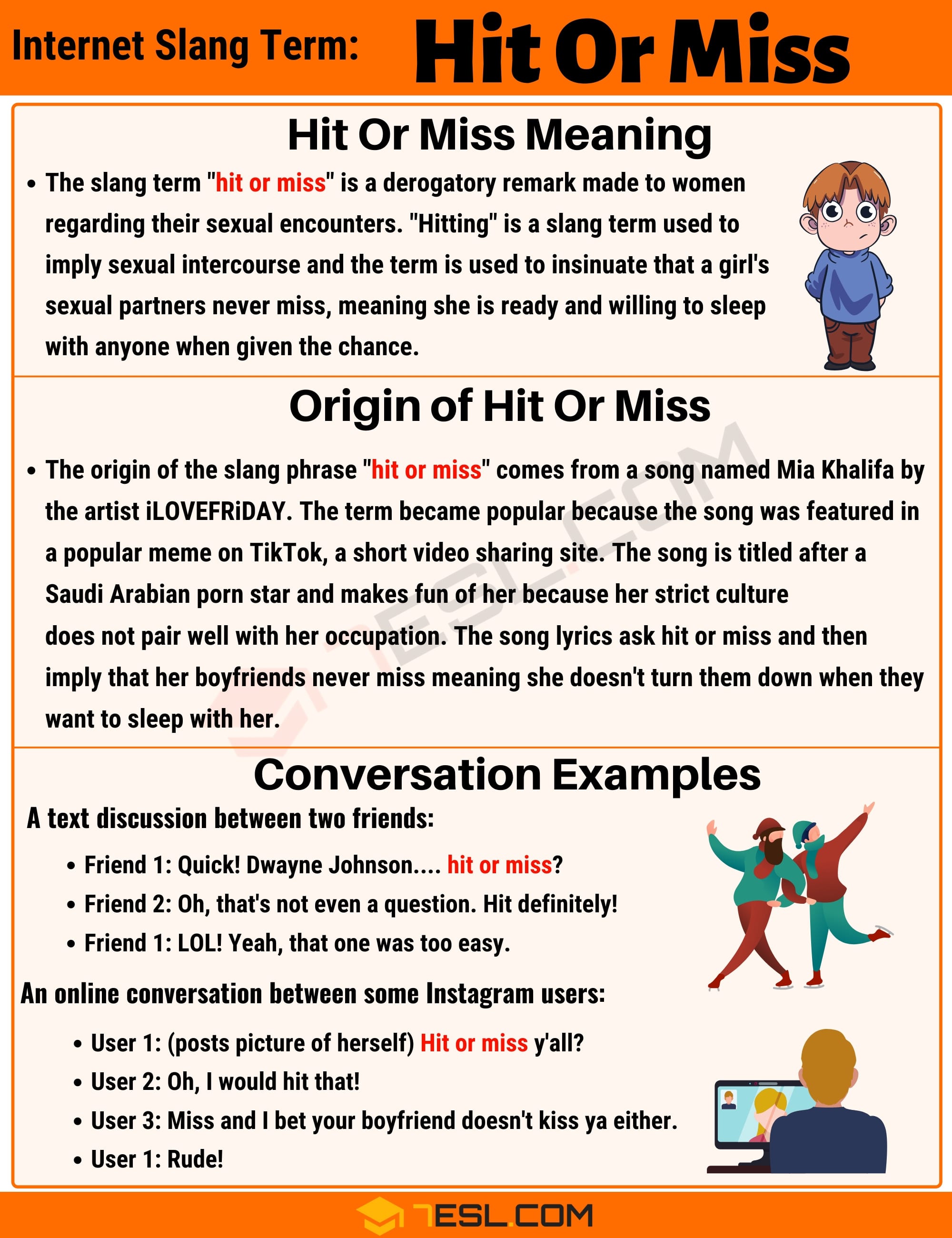 bang or bail made me laugh outloud