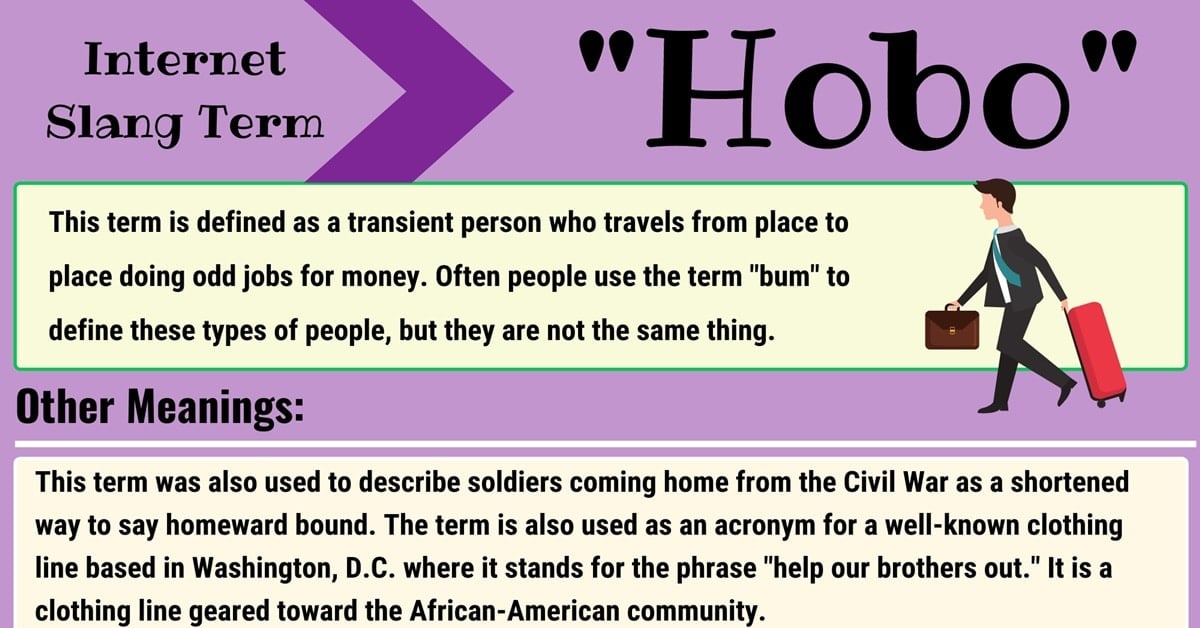 The term “hobo” maybe one you are familiar with, especially if you live in the city. However, the term doesn’t mean what people tend to think it means. Here you will find the real meaning of this term and how it is most commonly used today.

What Does “Hobo” Mean?

This term is defined as a transient person who travels from place to place doing odd jobs for money. Often people use the term “bum” to define these types of people, but they are not the same thing.

Although this no definite origin that can be pinpointed regarding when this term was first used, it is the best guess that the term originated in the Midwestern United States sometime around the year 1890. The term was used to describe migrant workers and homeless people who would travel from place to place, typically by illegally jumping in a railroad car, to go to different places to perform odd jobs. Today, the term is used more as a synonym for “bum” or “homeless person” even though that comparison is frowned upon by people who consider themselves by this term.

This term was also used to describe soldiers coming home from the Civil War as a shortened way to say homeward bound. The term is also used as an acronym for a well-known clothing line based in Washington, D.C. where it stands for the phrase “help our brothers out.” It is a clothing line geared toward the African-American community.

There are several synonymous words and phrases that you could use in place of this term to convey the same meaning. Some of the other words or phrases you could use include: 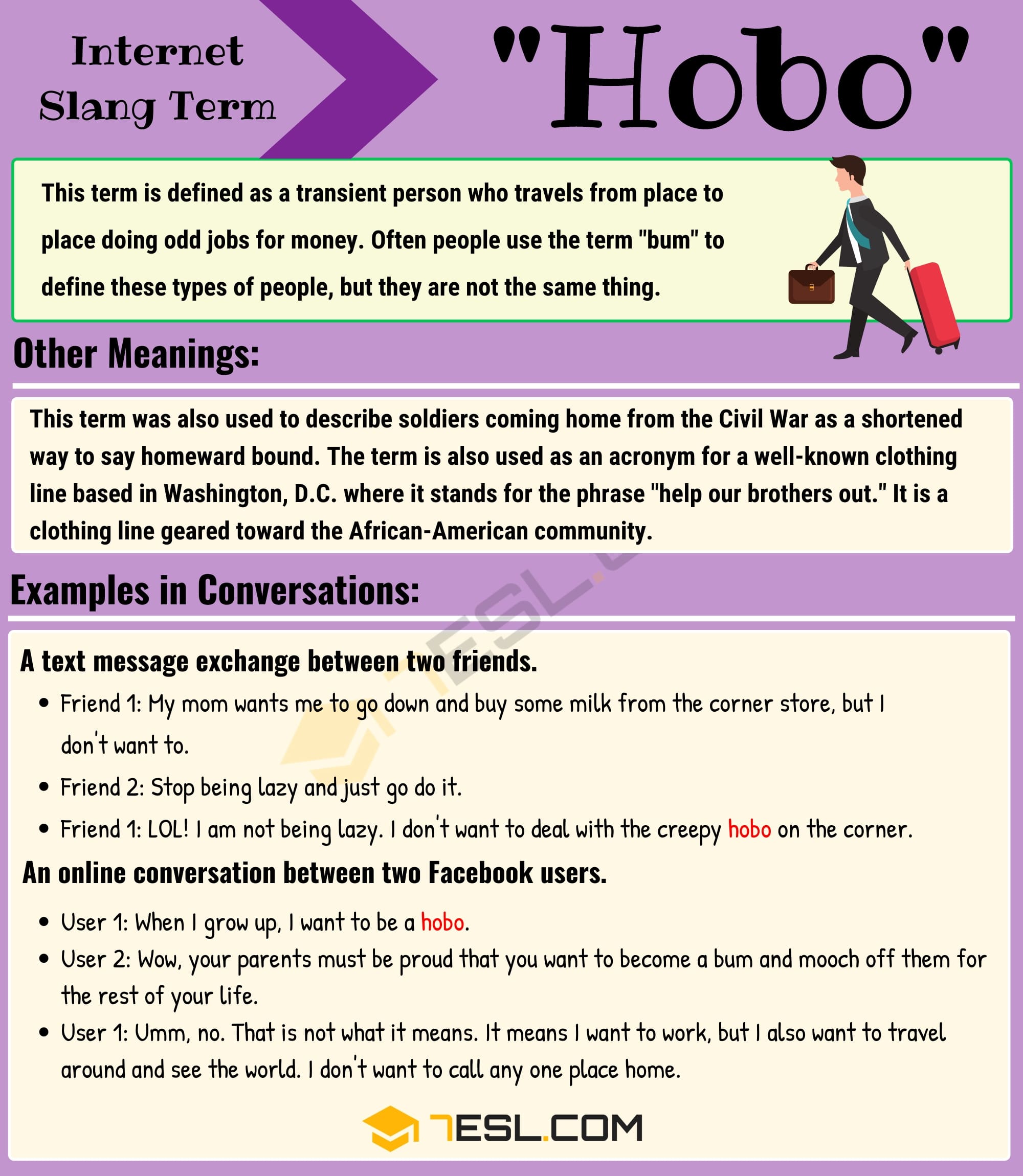