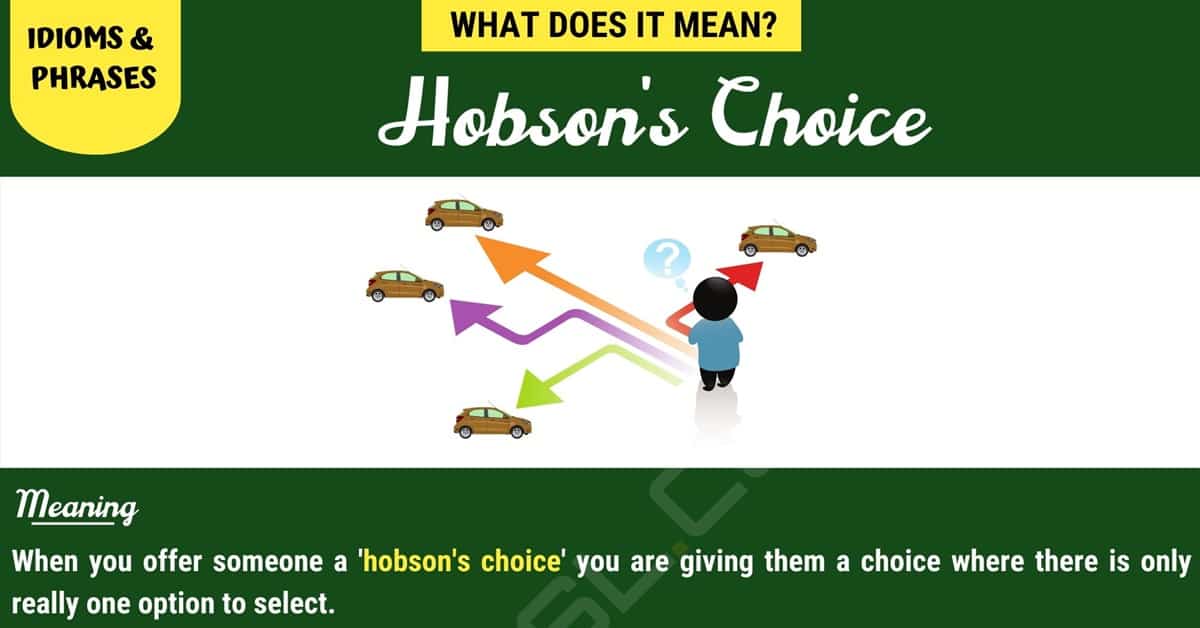 You may have heard someone use the term ‘hobson’s choice’ during a conversation. But what does this term mean and how can we use it in our day to day conversation? We will answer both of these questions as well as looking at where this saying came from in the first place.

When you offer someone a ‘hobson’s choice’ you are giving them a choice where there is only really one option to select.

The term ‘hobson’s choice’ came from the 16th century and a man named Thomas Hobson. Hobson was a stable owner and he would give his customers the choice of only one stable or none at all.

This is a statement made in a news report.

This next statement is made by a teacher to her student.

You may be curious to see how the term ‘hobsons choice’ can work in a conversation, if that is the case, here are some examples to demonstrate its use.

The first conversation takes place between a mother and son.

This next conversation happens between a boss and his employee

There are other ways in which you can express the meaning of the term ‘hobson’s choice.’

What Is “Hobson’s Choice”? | Image 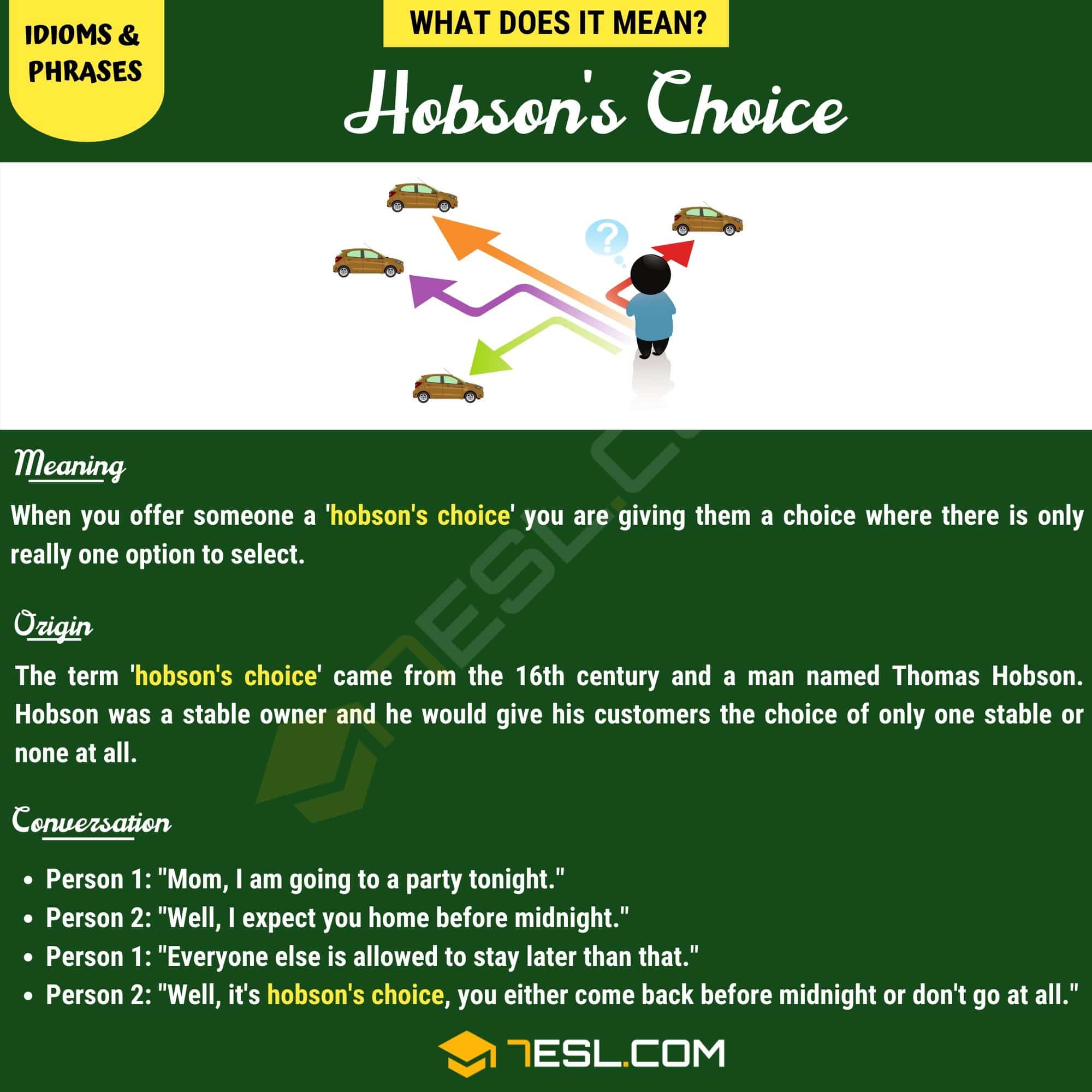