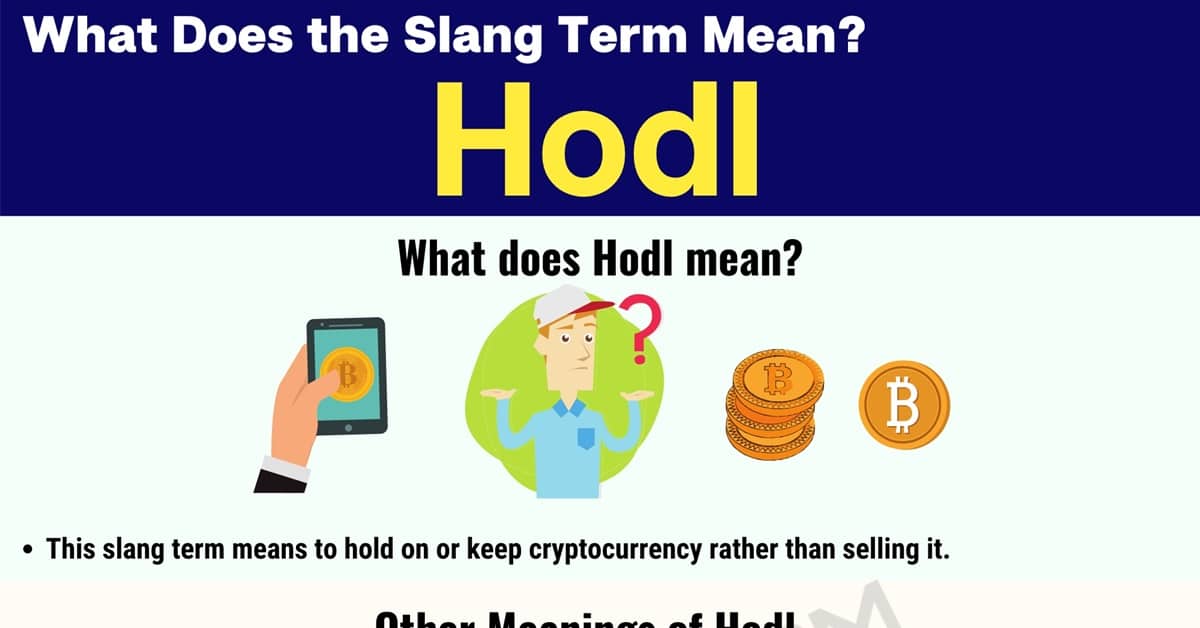 What does Hodl mean? If you are familiar or involved in the world of cryptocurrency, then you probably have seen this slang term before and are already aware of what it means. Chances are though if you are here that you have recently encountered this word in some form and are not aware of its meaning. Fortunately, if that is the case, you have made your way to the right place.

Here you will find the meaning of this slang term, the story of its origin, and some alternate meanings of the term if any exist. You will also be able to read through some conversation examples that illustrate the proper usage of this word to help you gain a deeper understanding of the term. Finally, you will see some alternative words and phrases that can be used as synonyms for the original term to convey the same meaning.

What Does “Hodl” Mean?

This slang term means to hold on or keep cryptocurrency rather than selling it.

There are several words that you could use to substitute for this term that would maintain the same meaning. However, they would not be as noticeable or proper in the world of cryptocurrency users. Some of the alternative words you could use to mean the same thing include: 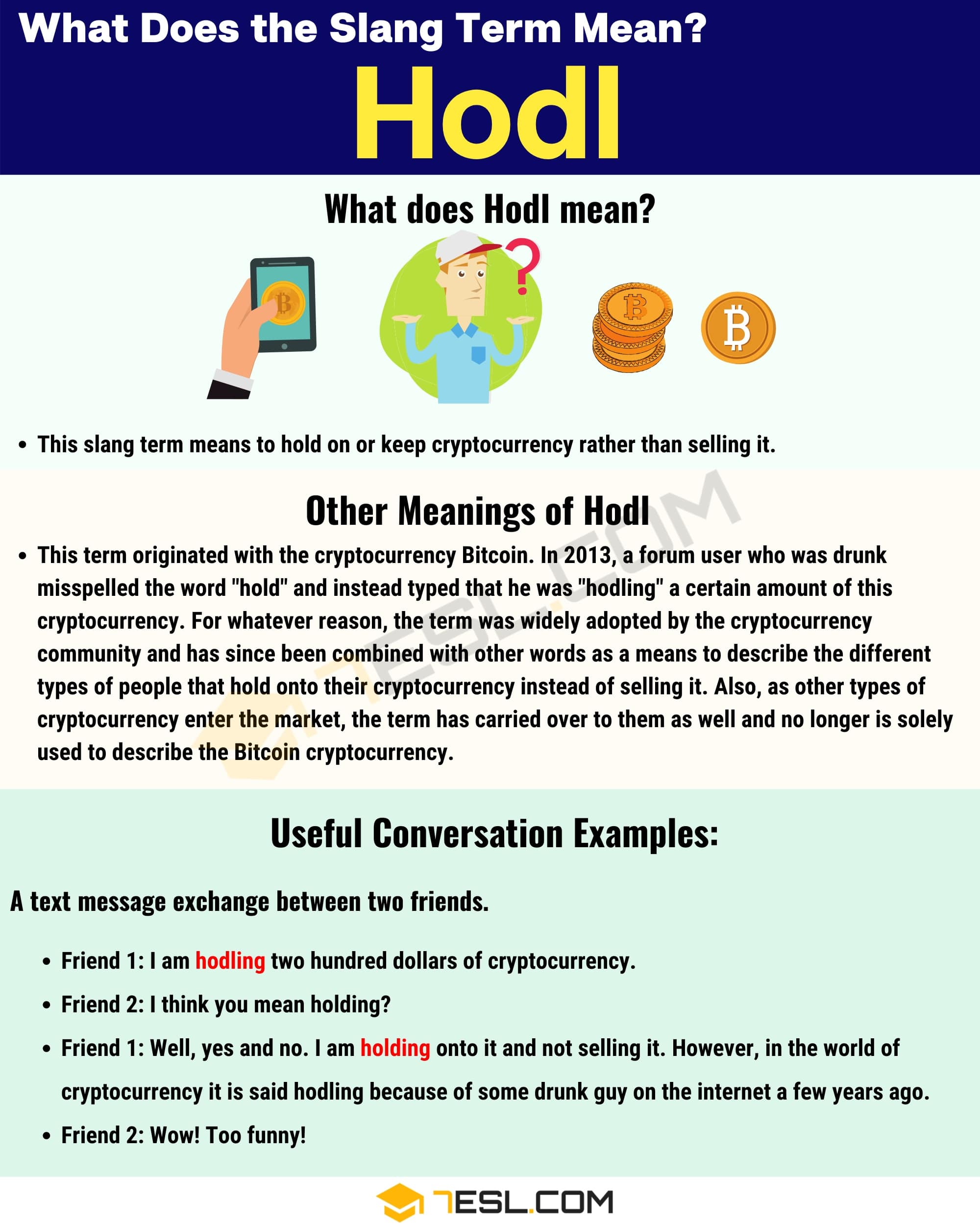