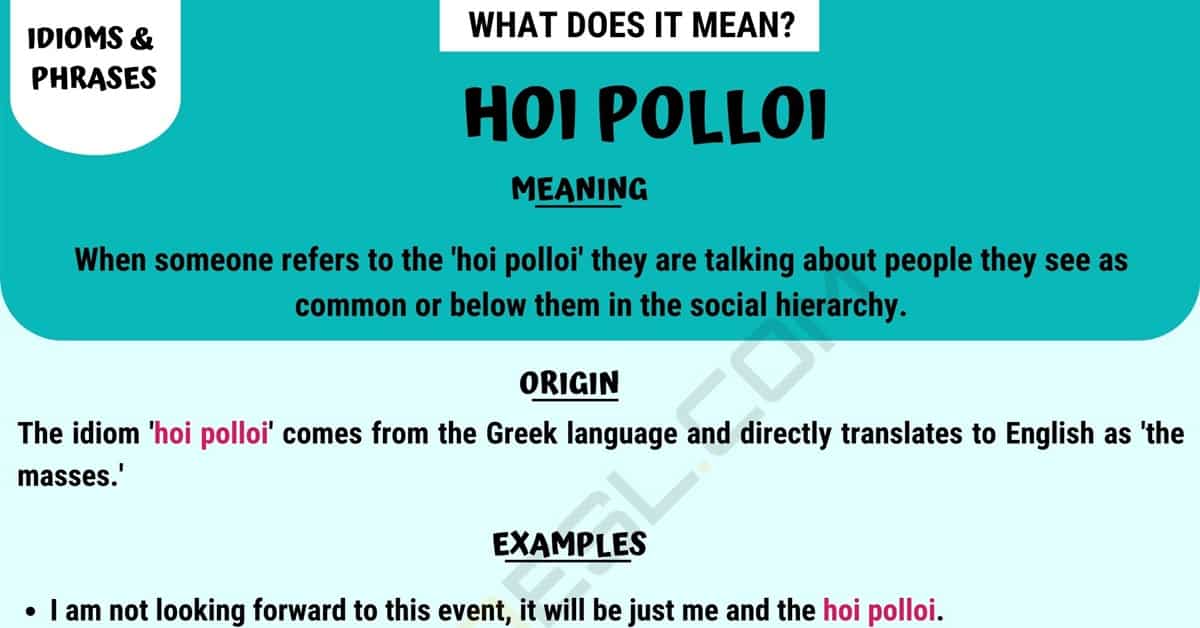 You may hear the term ‘hoi polloi’ used in an English conversation, but what does this phrase mean? We will take a look at the meaning of this term and how it can be used effectively in a conversation. We will also look at the history behind the phrase and where it came from in the first place.

When someone refers to the ‘hoi polloi’ they are talking about people they see as common or below them in the social hierarchy.

The idiom ‘hoi polloi’ comes from the Greek language and directly translates to English as ‘the masses.’

This is a statement made by a prince.

The next statement is one made by a newspaper reporter.

If you are curious to see how the term ‘hoi polloi’ would work in a conversation, here are some examples to show how it would fit in.

The first conversation is taking place between a mother and daughter.

This next conversation features two friends discussing an upcoming event.

There are other ways in which you can express the meaning of the term ‘hoi polloi.’ Here are a few examples of other things you could say.

What Does “Hoi Polloi” Mean? | Picture 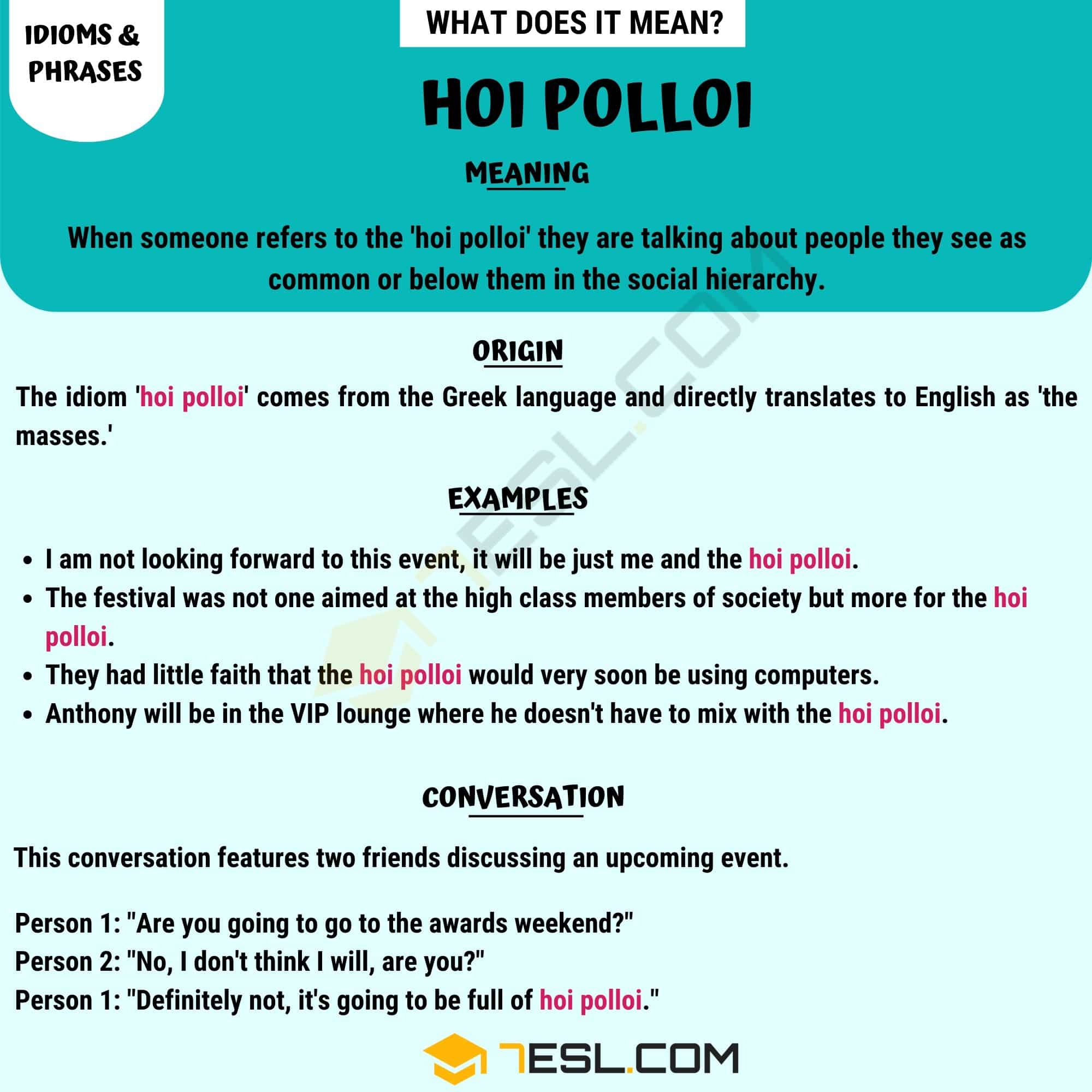