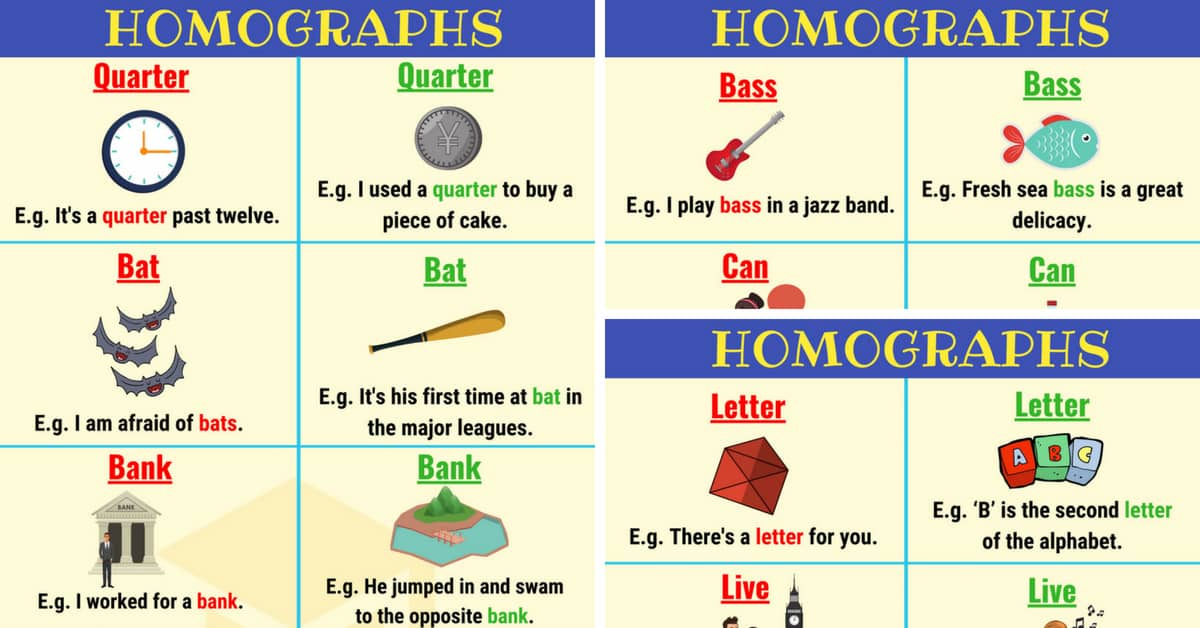 Homographs! What is a homograph? Travelers in west central part of the state of Wyoming encountering the Wind River may wonder if the river is so named because of the gusts of air (win d) or because the stream meanders (wine d). The possible confusion is due to the fact that the word wind is a homograph. A homograph is a word that shares the same spelling with another word but has a different meaning.

A useful list of 300+ homonyms in English from A-Z.

What Is A Homograph?

Homograph definition: In English, homographs are words with the same spelling but having more than one meaning.

Broadly speaking, there are hundreds of potential homograph in the English language. Some authorities, however, define a homograph more narrowly as also having a different pronunciation and having a different origin. This narrower definition of homograph eliminates most words that may be considered homographs because either the pronunciation is the same or the word origin is the same. Taking the stricter definition of homograph, we will review some homographs words that are often confused. 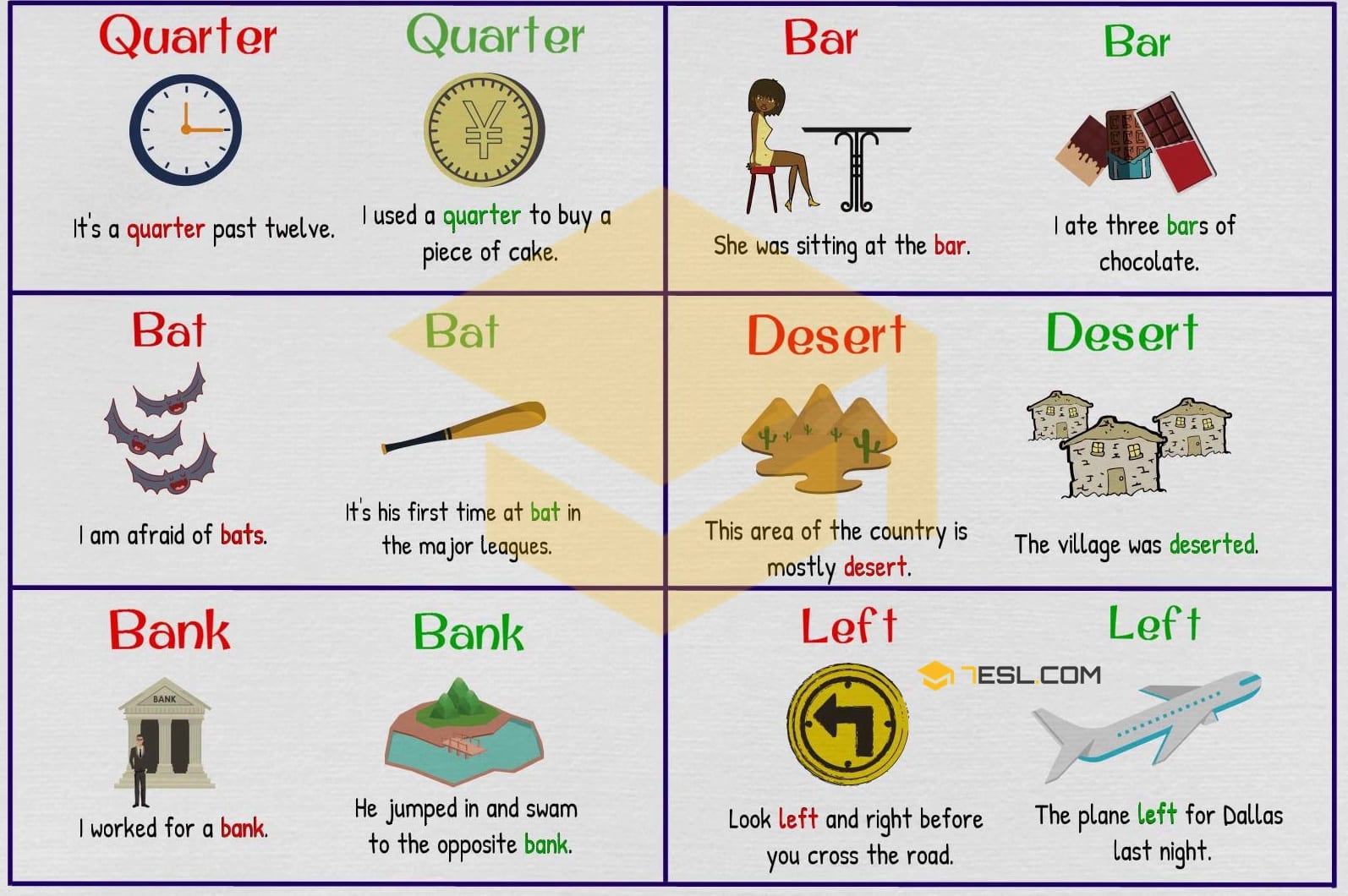 Example: After catching the bass from the river, Joe mimicked the fish talking in a deep bass voice.

Example: After shooting a bullere with his bow, the archer made a grand bow to the audience.

Example: As she left the house to go to the store close to the house, the woman was careful to close and lock the front door.

Example: The museum display will entrance the visitors the moment they come through the entrance.

Example: The city took the lead in getting the lead out of the municipal plumbing.

Example: I object to being given this object!

Example: The sewer tripped and dropped their needlework into the sewer.

Example: The wind blew softly as we watched the river wind its way through the valley.

Example: The wound was caused by the rope wound too tightly.

List of homographs from A to Z with example sentences.

Homographs examples that start with A.

Homographs examples that start with B.
Back 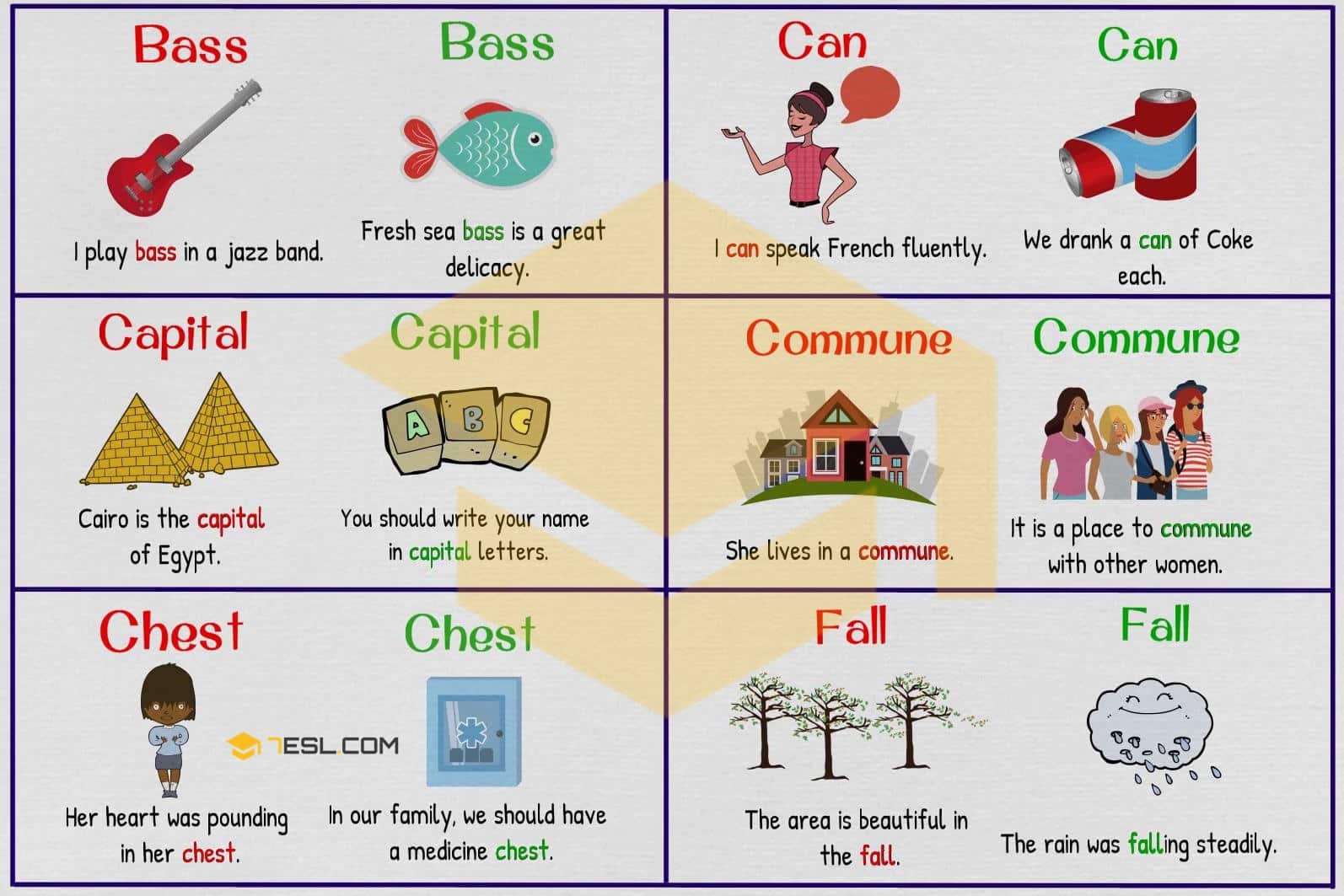 Homographs examples that start with C.
Can 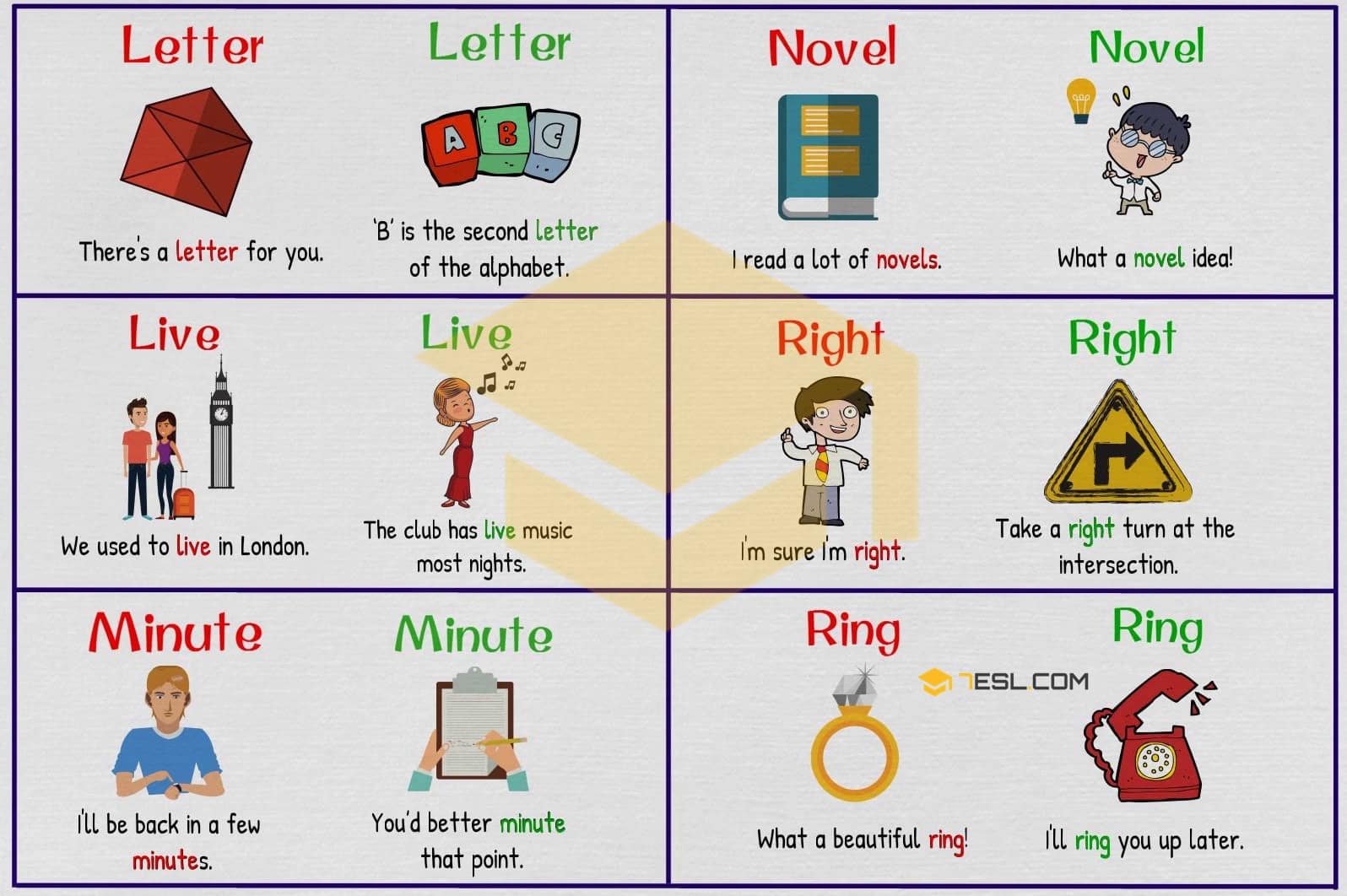 Homographs examples that start with I.
Impact 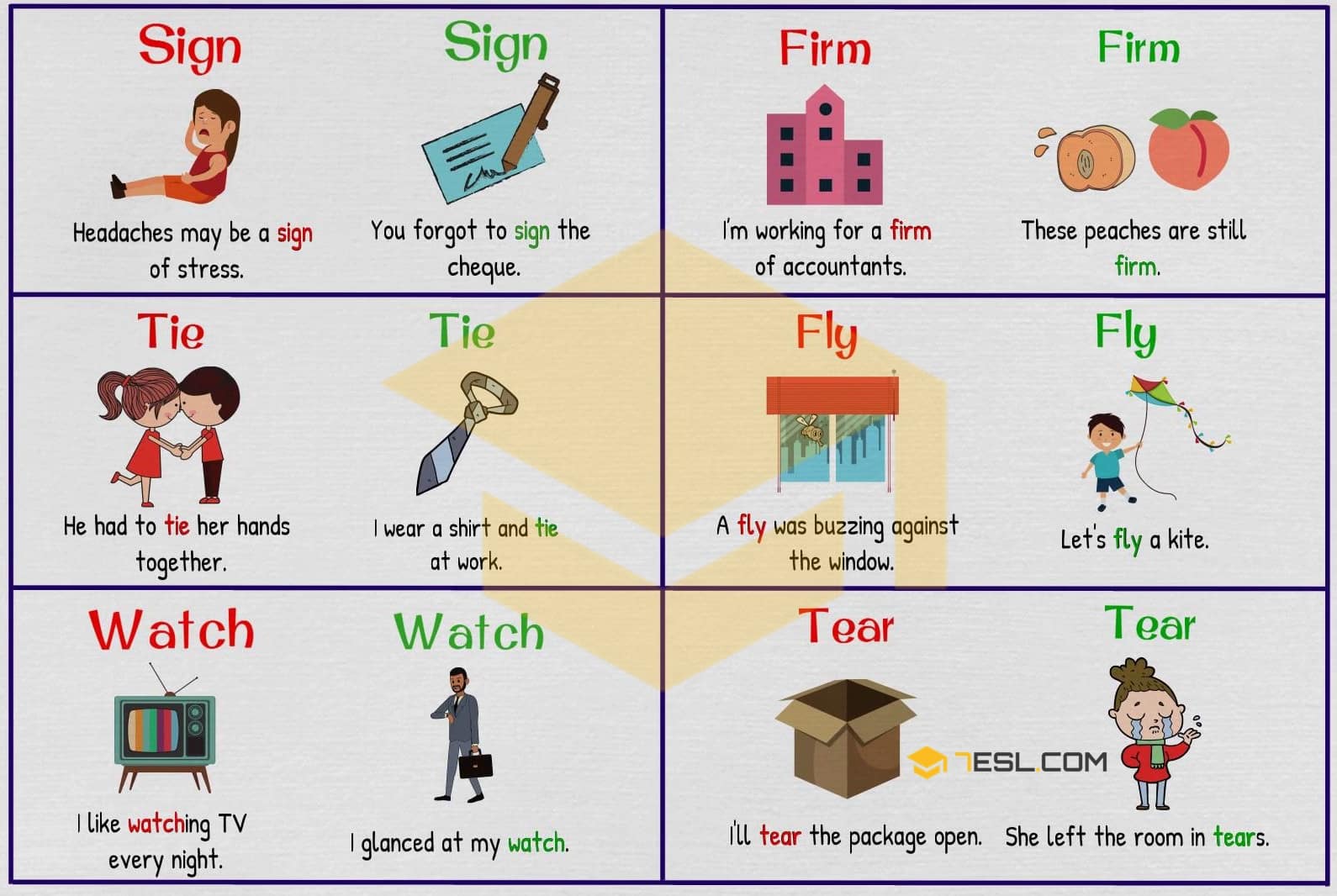 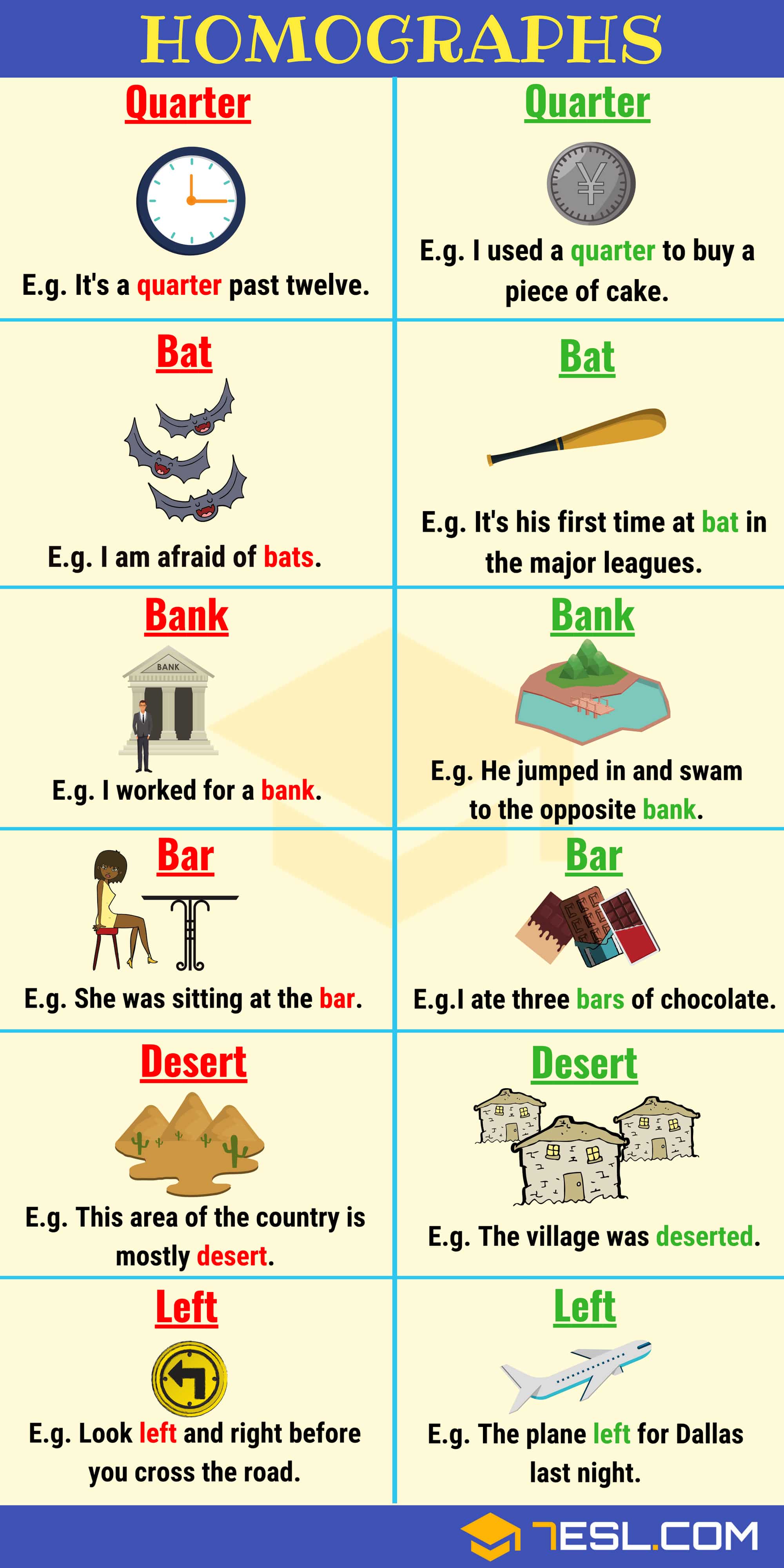 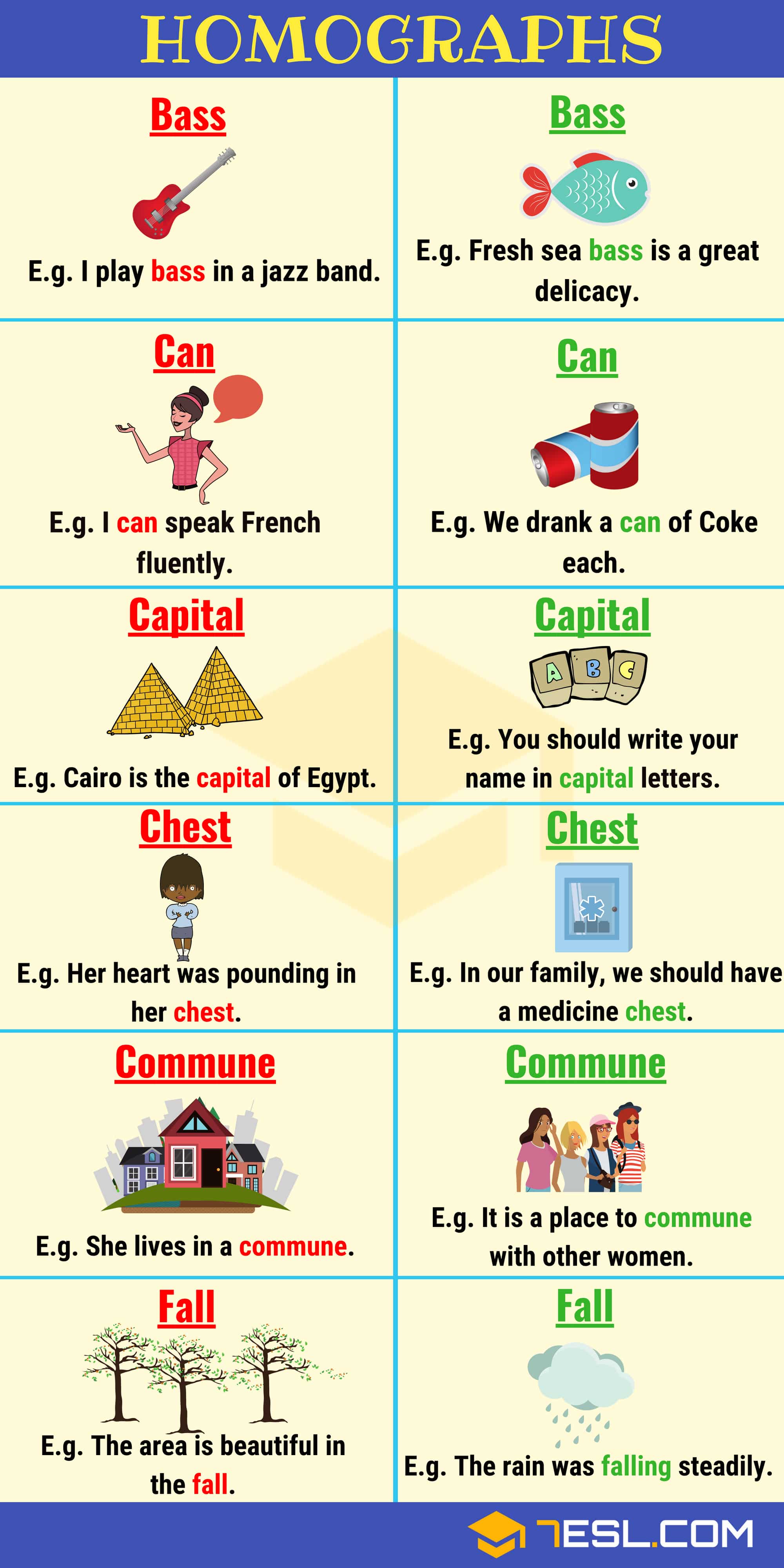 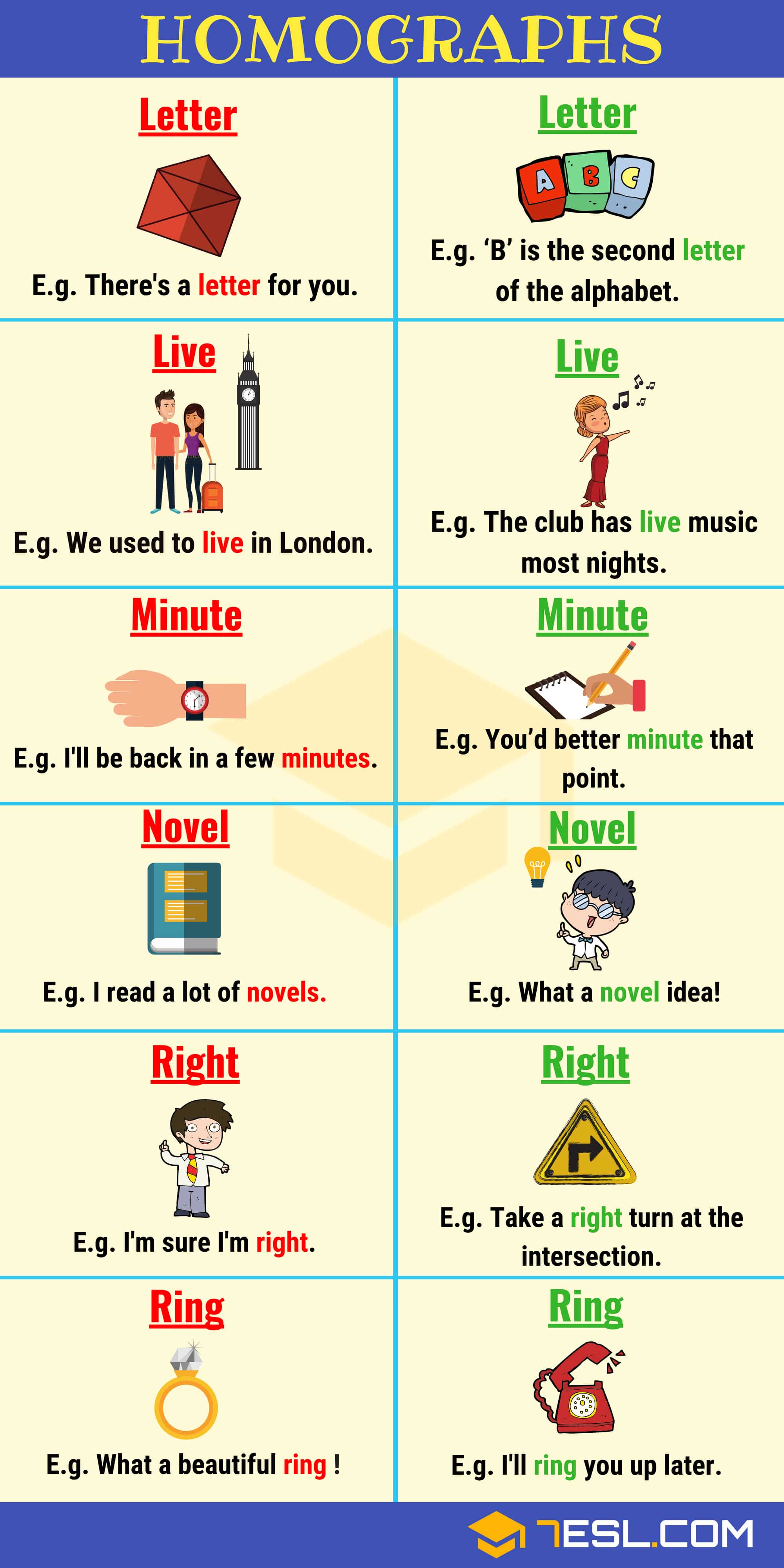 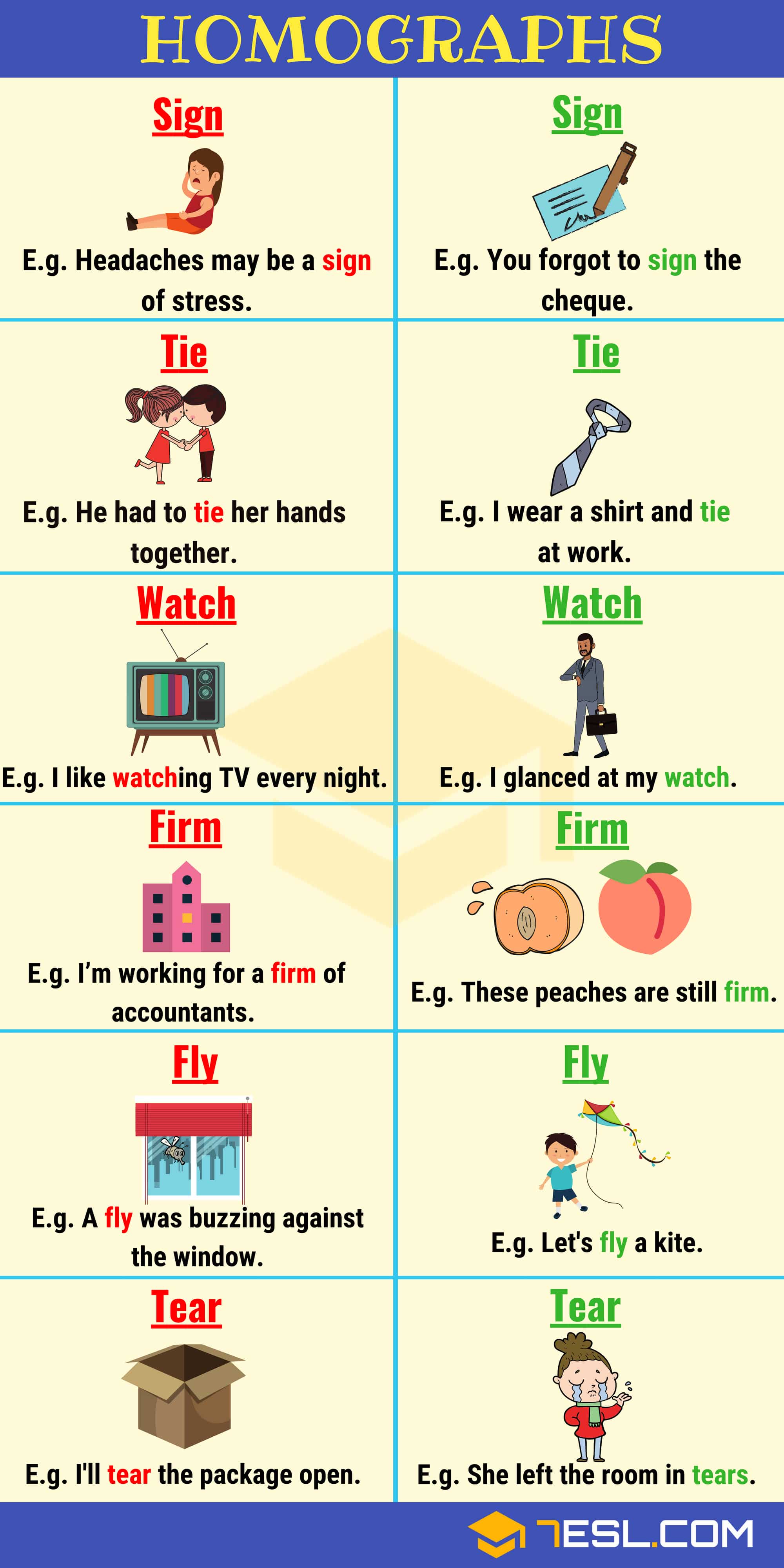 Learn a list of homographs illustrated with pictures and pronunciation video.

I would like to know how could I see the other images as only I saw 4 images.
Thank you for your time.

Thank you for your excellent work .
I would like to know if you have exercises or quizes about the lessons that you have done.
I Appreciate your help.

Thanks you very mach

Exactly. The importance is you get the concept

yeah you are right my friend

I agree we all make mistakes

That’s is not very nice of you

Correct the person its can be a grammatical error

thank you very much this helped me

It helped me too a lot!?

it me kahlil de demo n