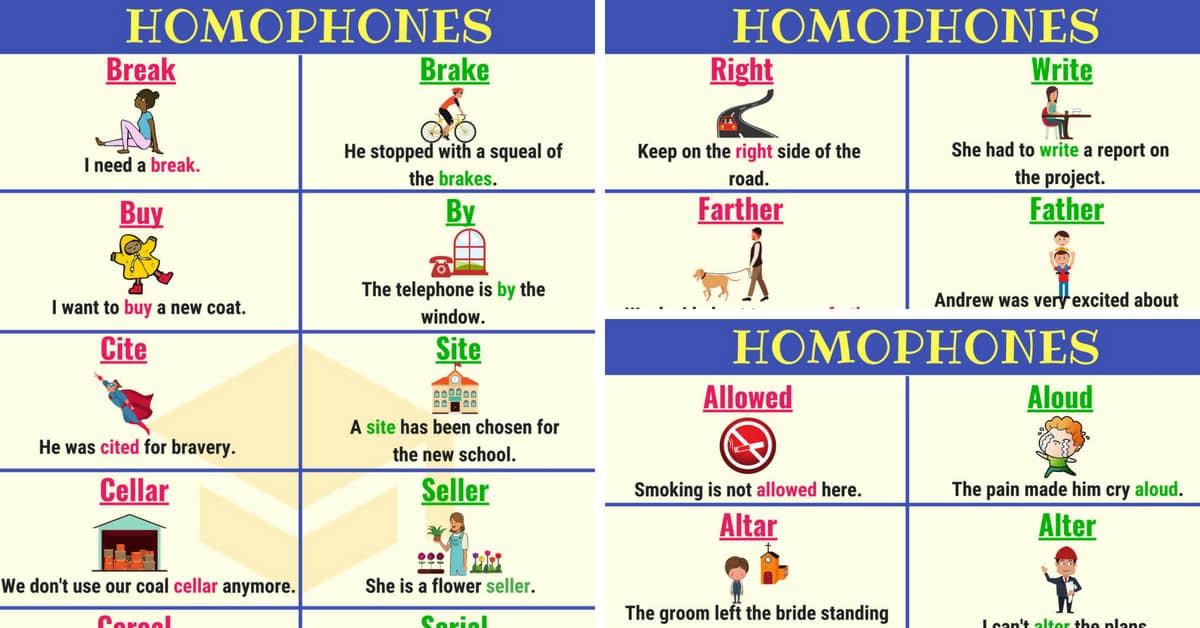 What are homophones? How do you comfort a distraught grammar teacher? You say, there, their, they’re! This old joke is an example of a homophone.

In speaking, we seldom need to worry about homophone mistakes because the person you are speaking to understands what you are saying due to the context of the conversation. It is with writing that homophone confusion makes a difference because, with identically sounding words, it is easy to use the wrong word. To help untangle the confusion, let’s look at some commonly confused homophones.

What is a Homophone?

Homophone definition: In English, a homophone is a word that is pronounced exactly or nearly the same as another word but differs in meaning and is spelled differently. A homophone is a linguistic situation in which two words have the same pronunciation but have different spellings and meanings. This can be confused with homographs and homonyms. Let’s define all three.

Homophones are the most confusing words in the English language. 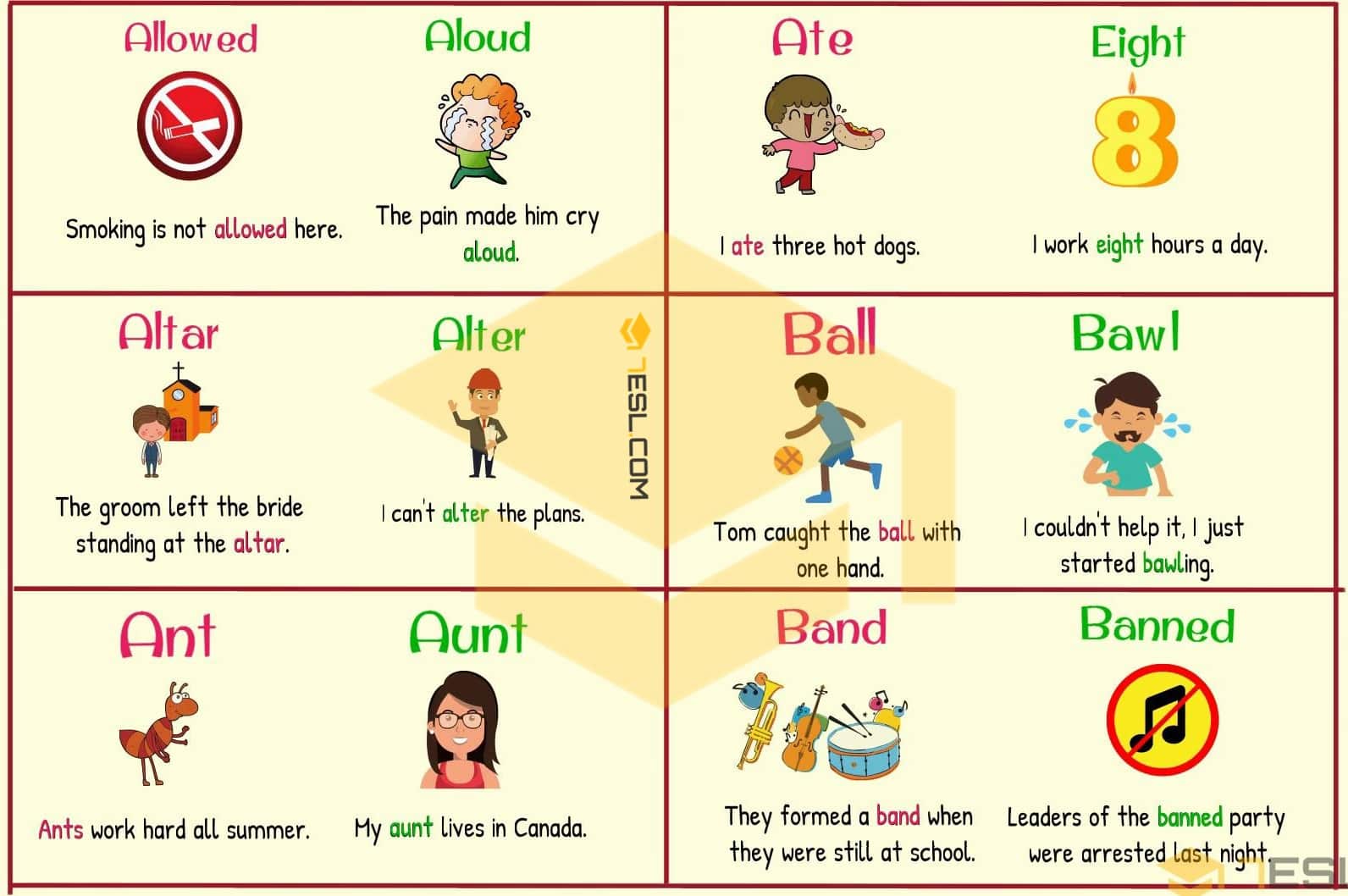 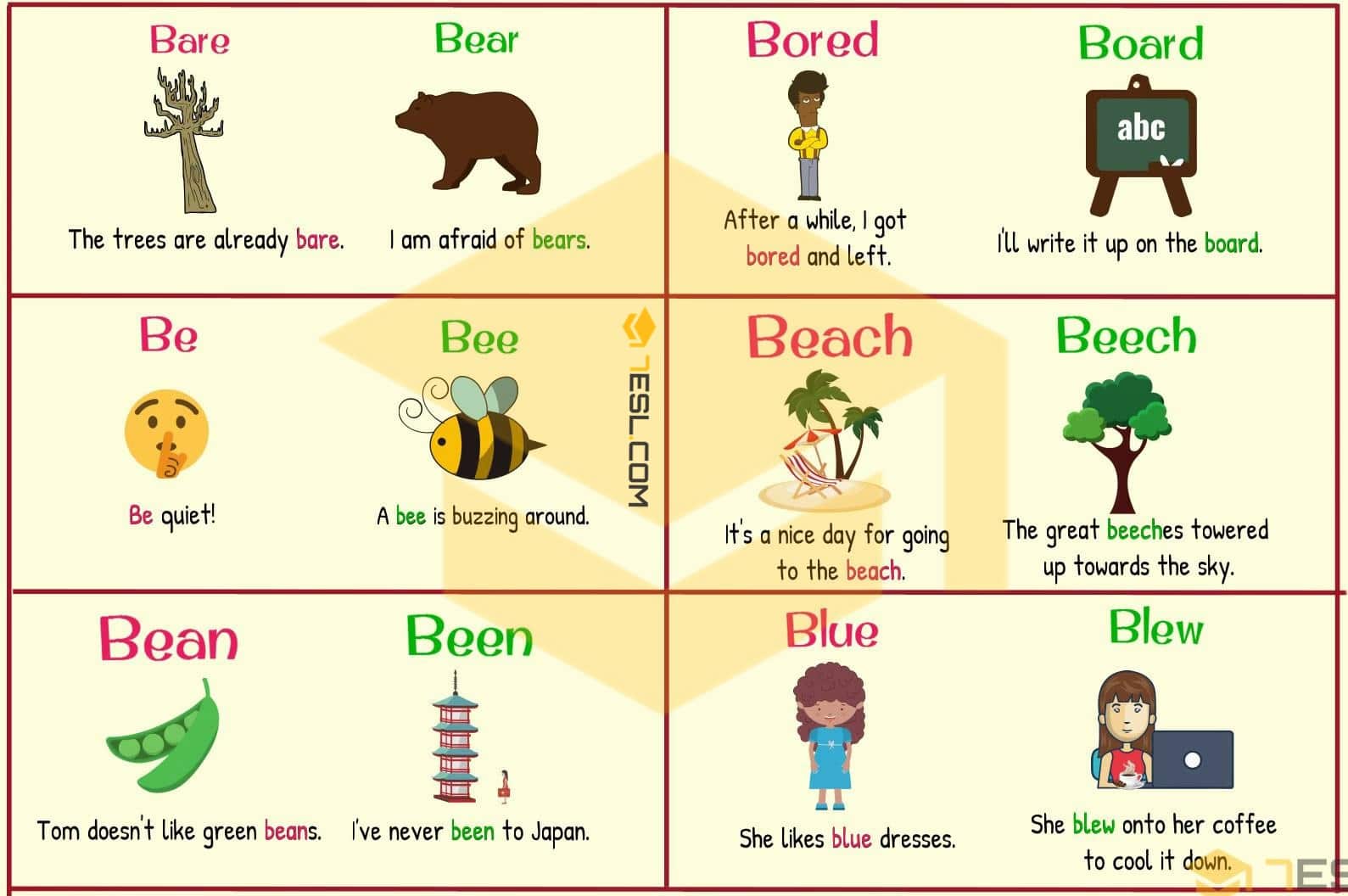 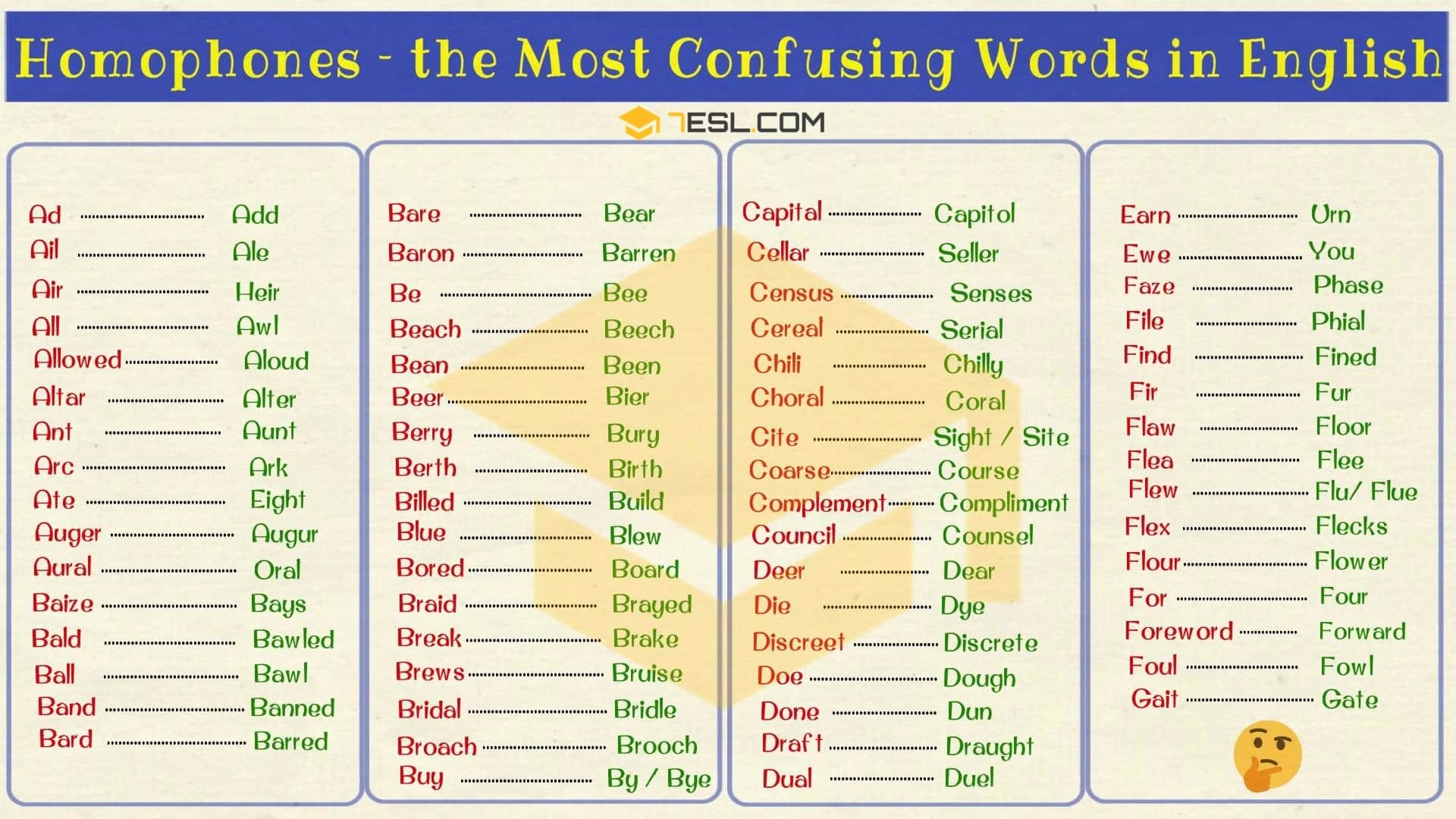 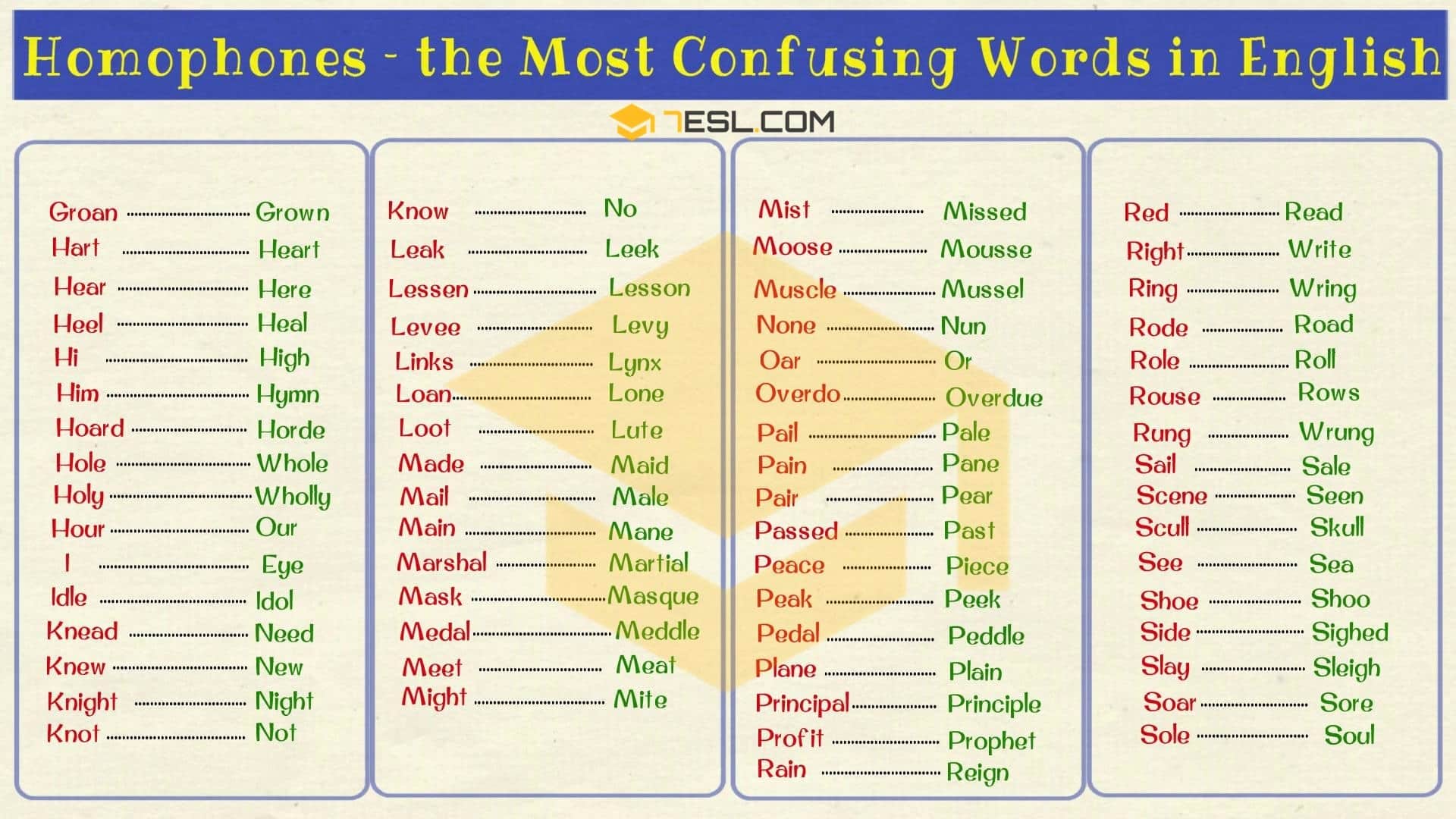 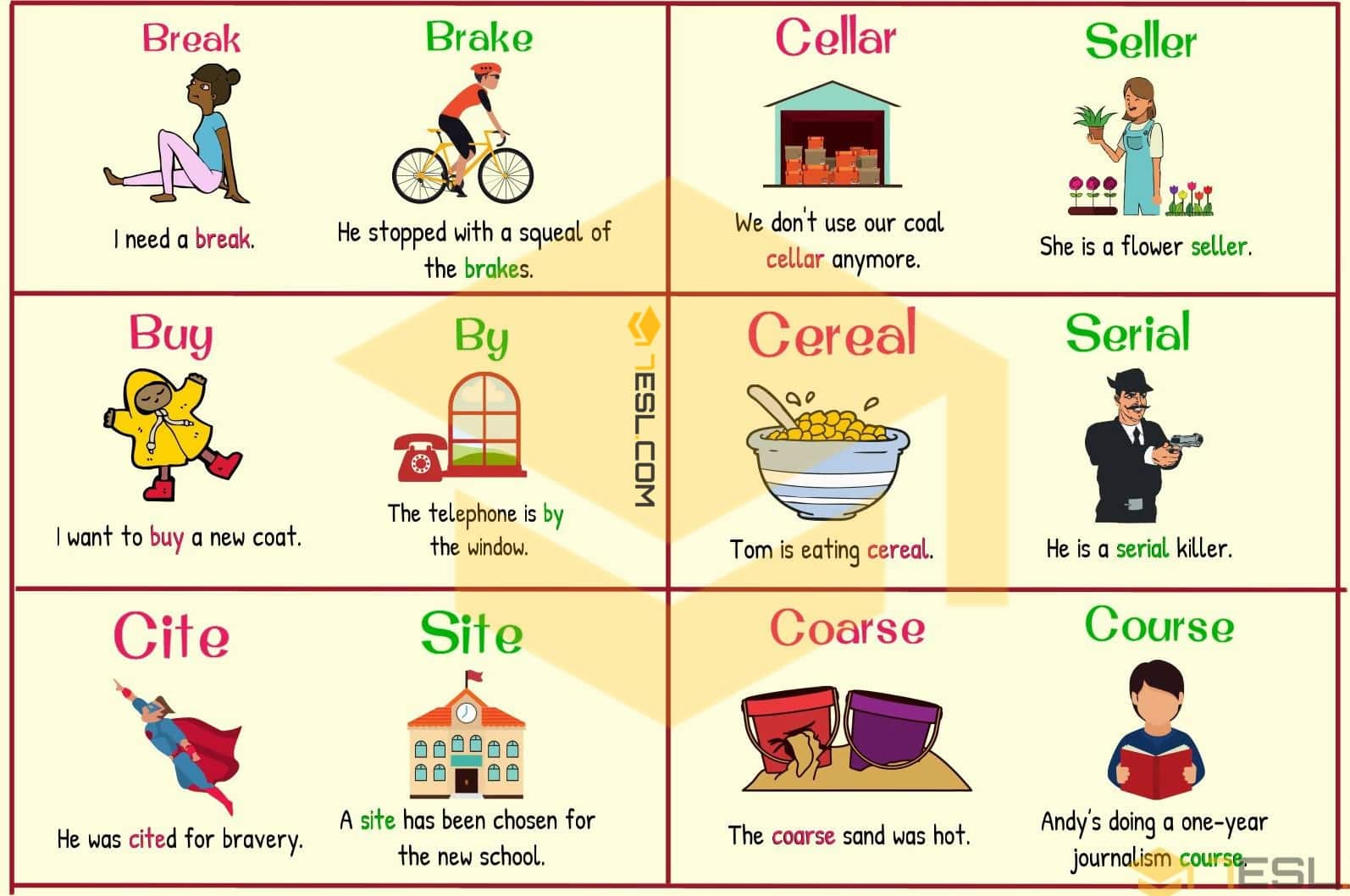 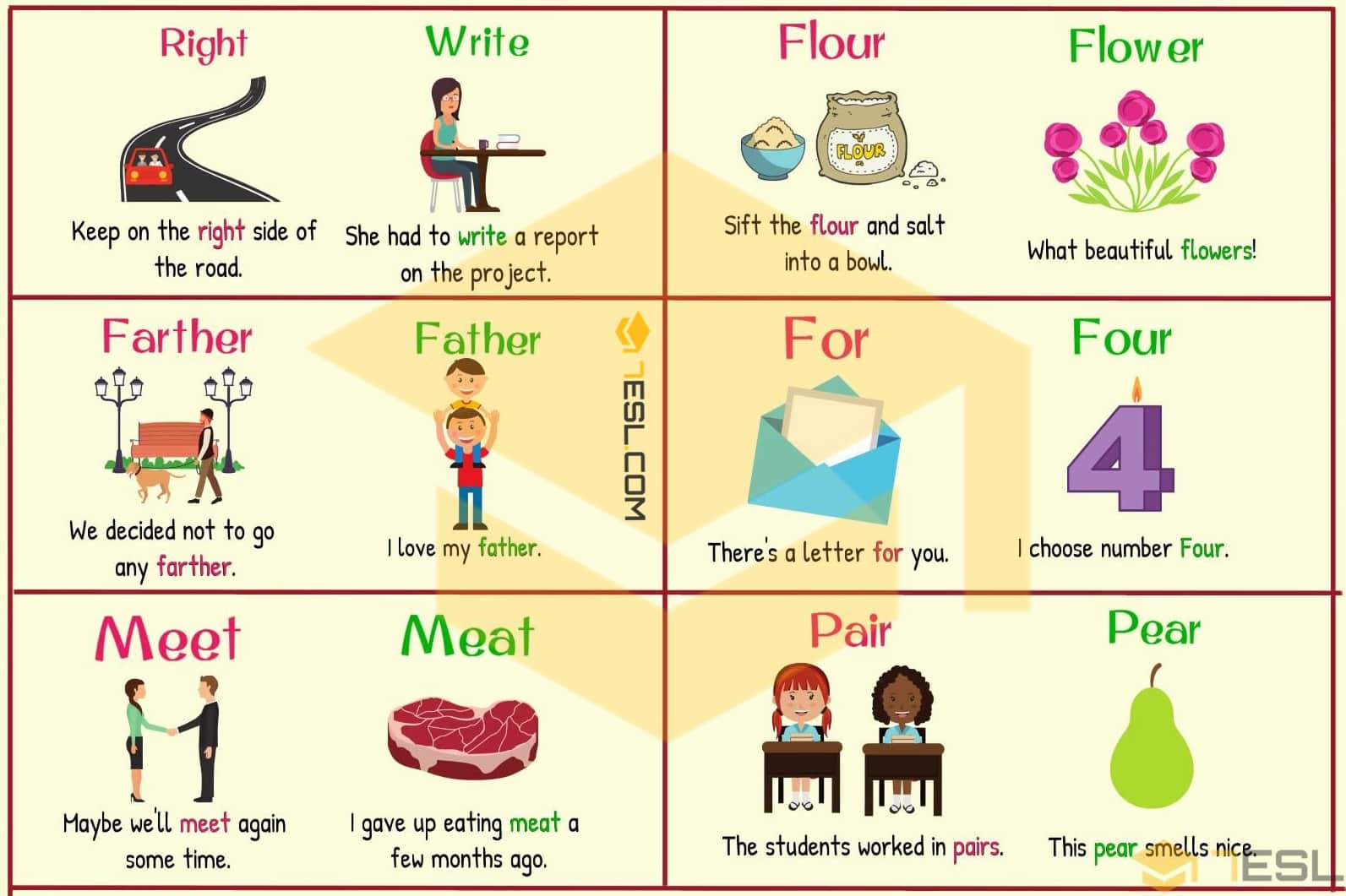 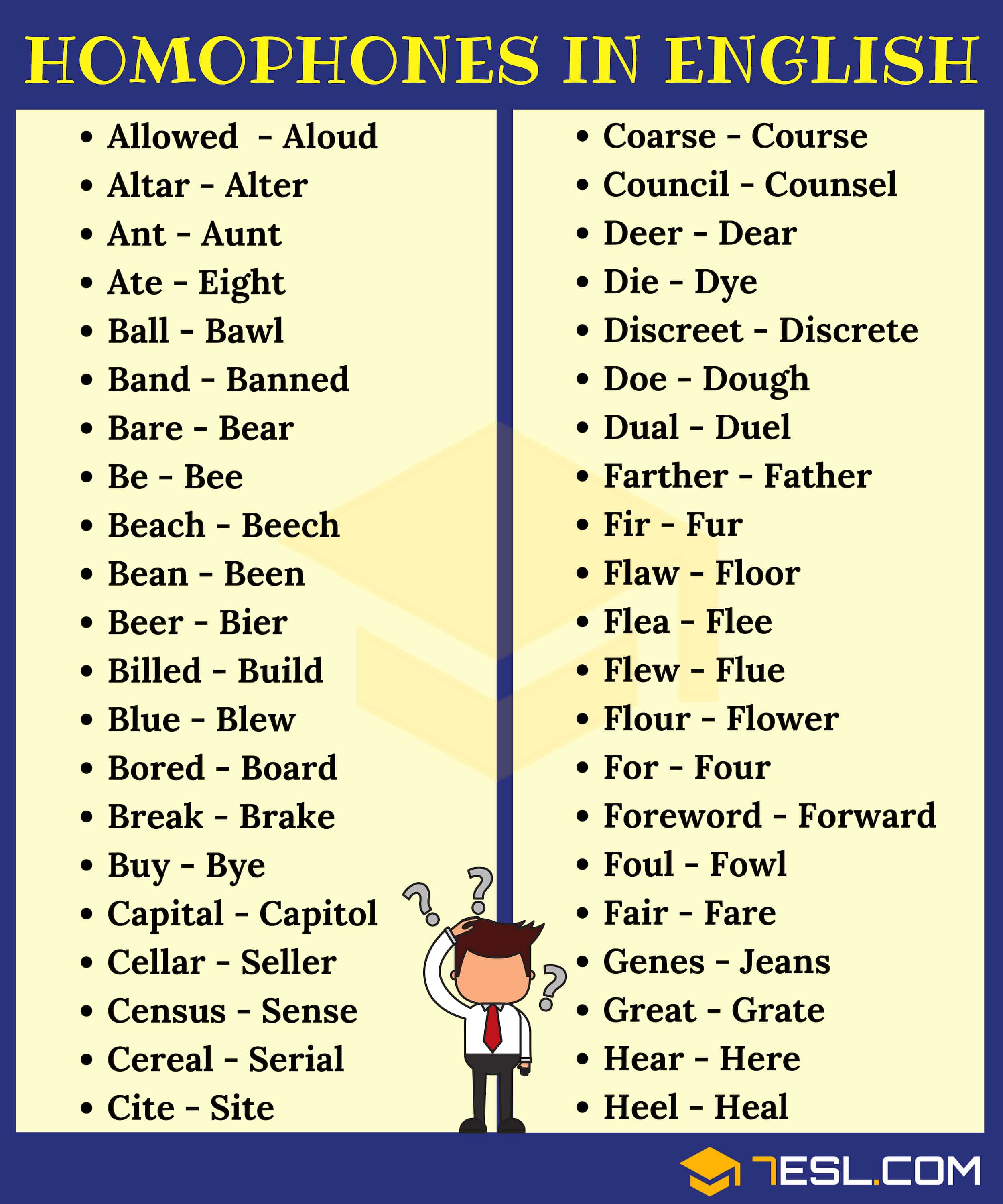 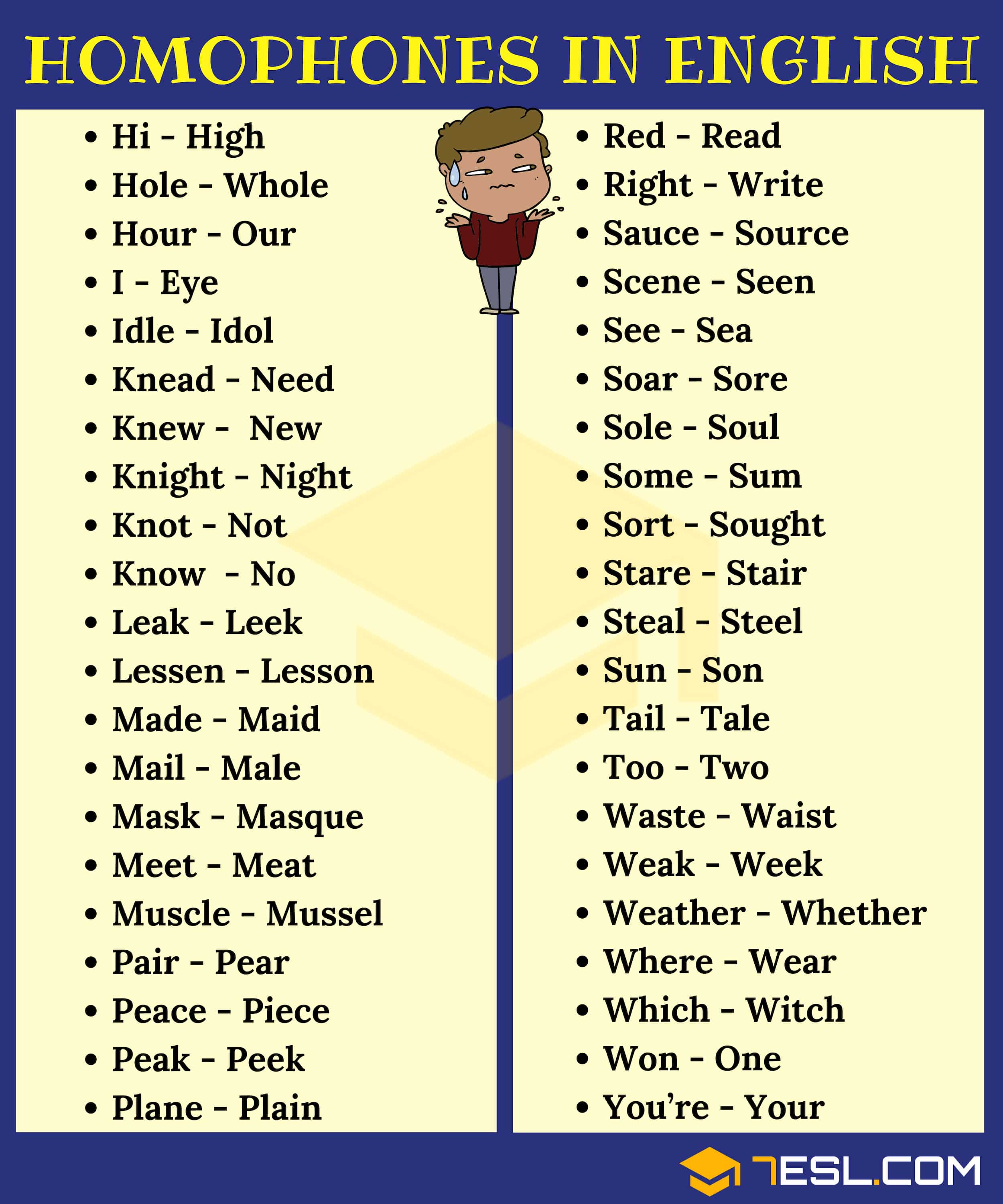 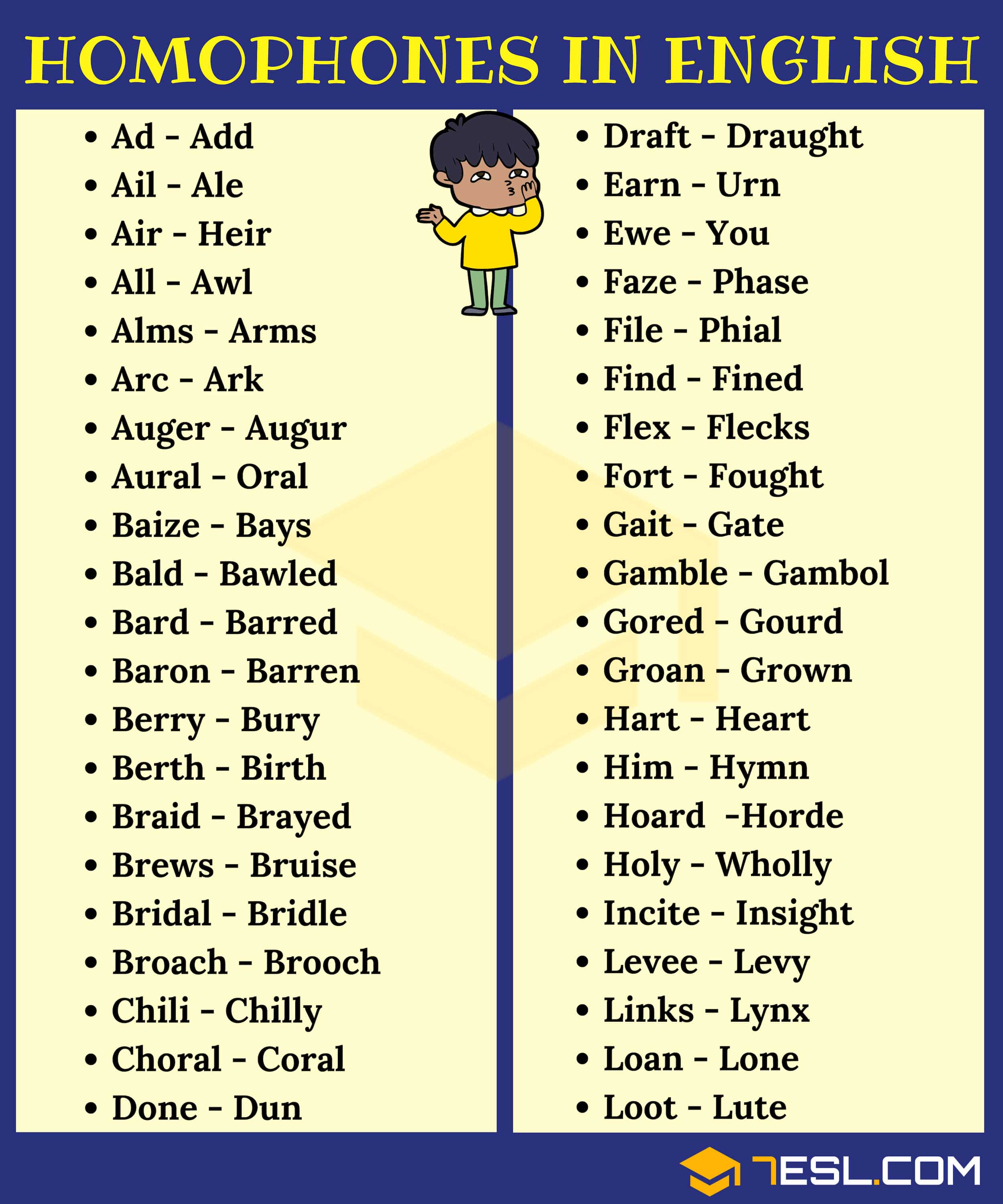 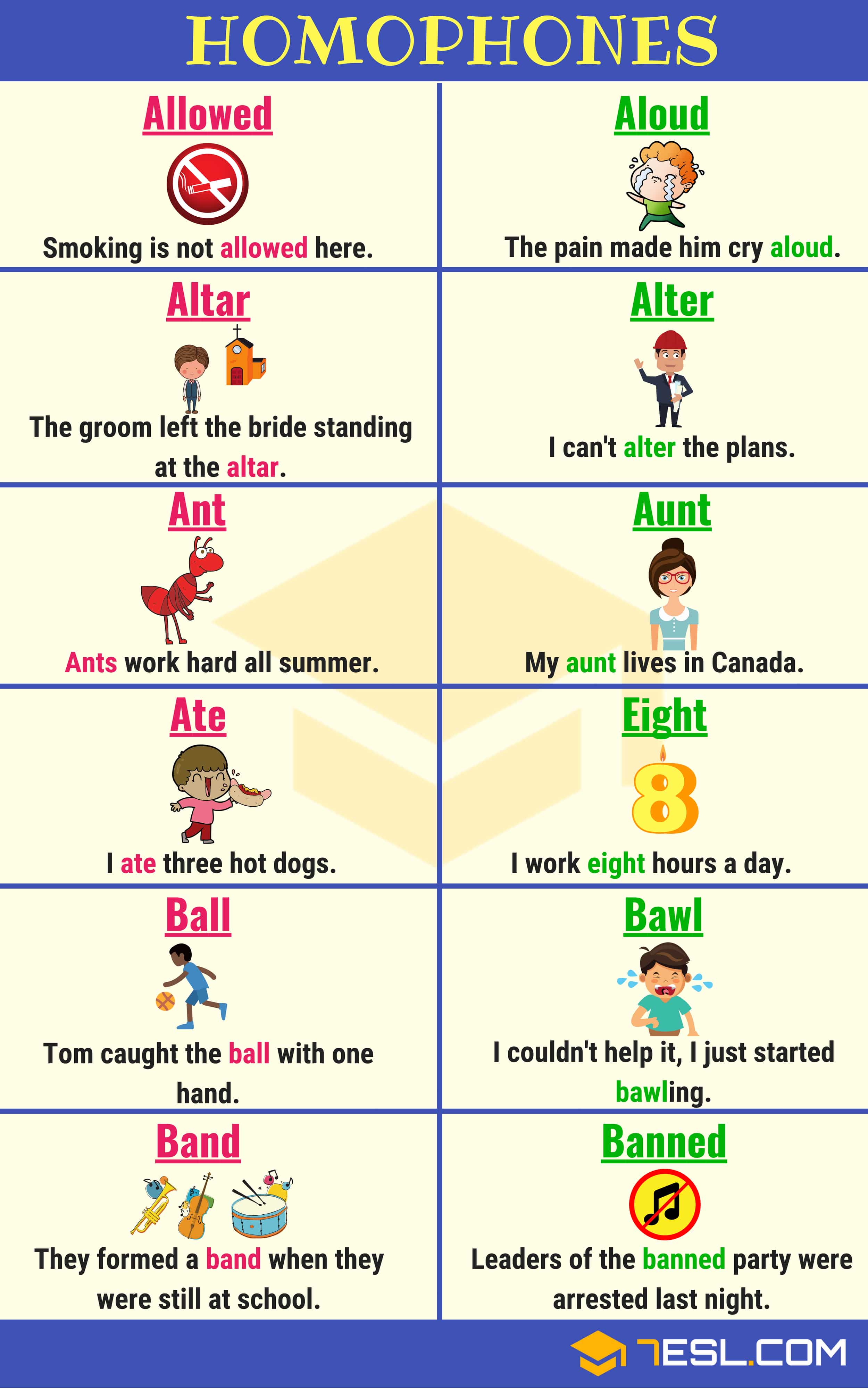 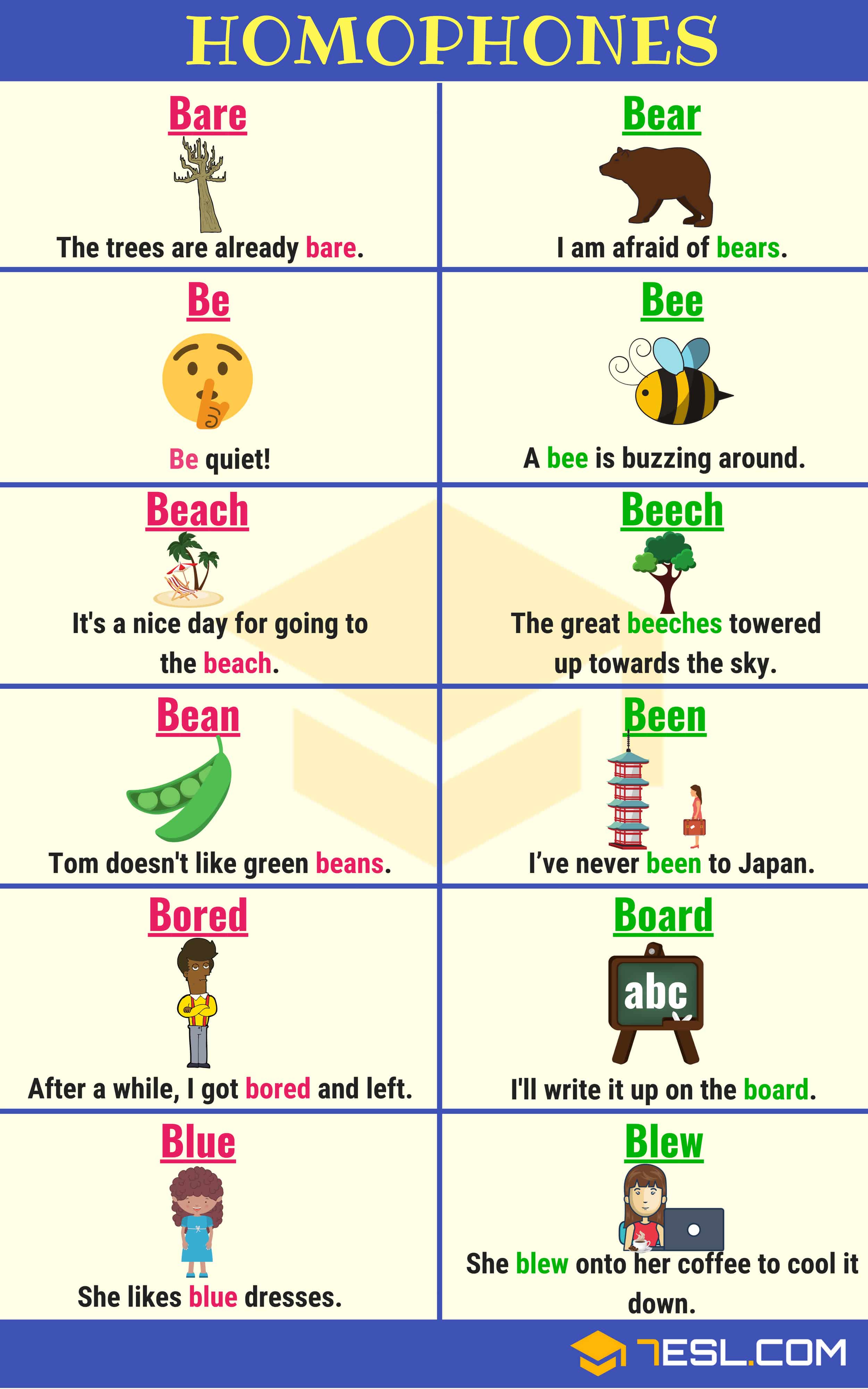 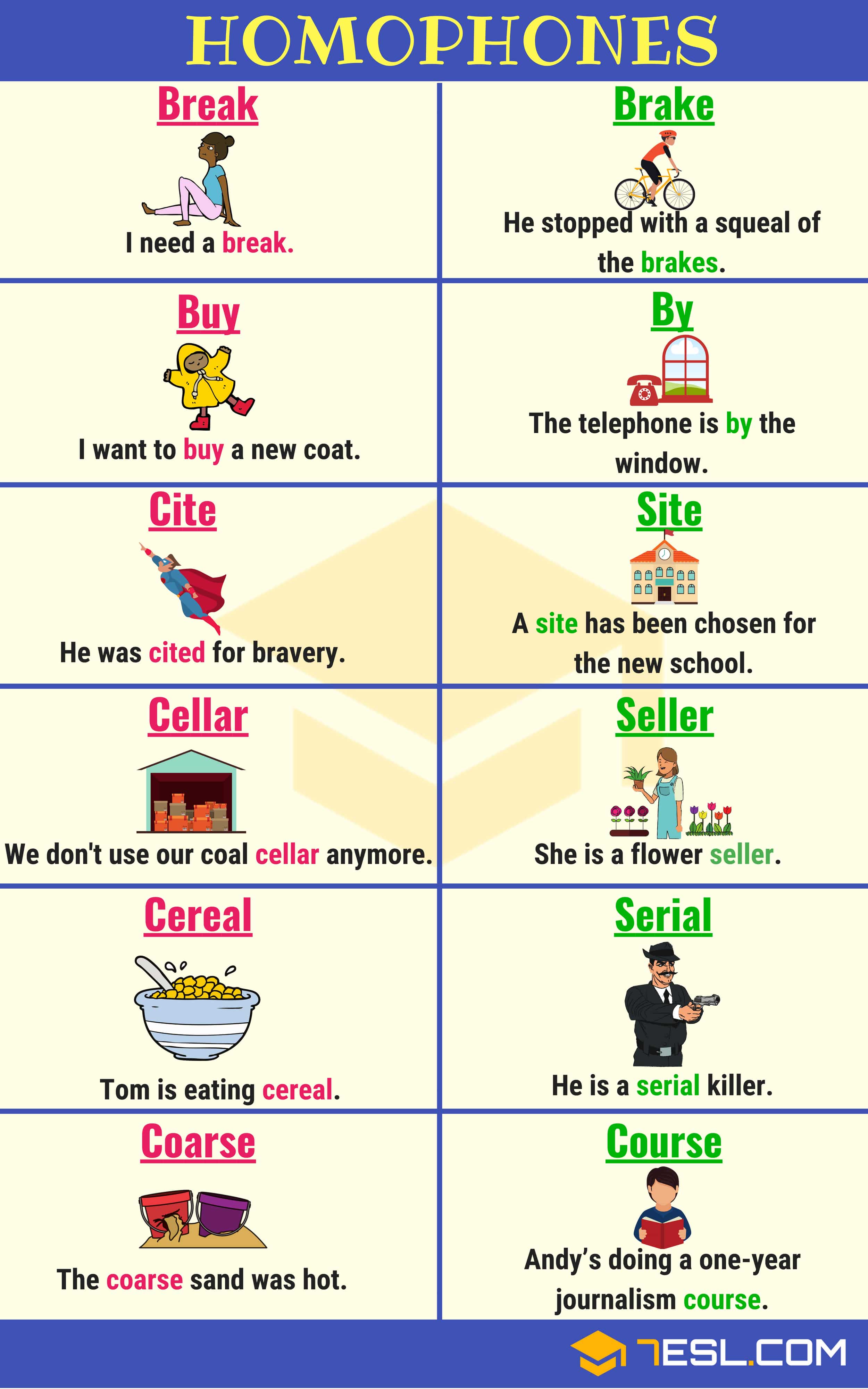 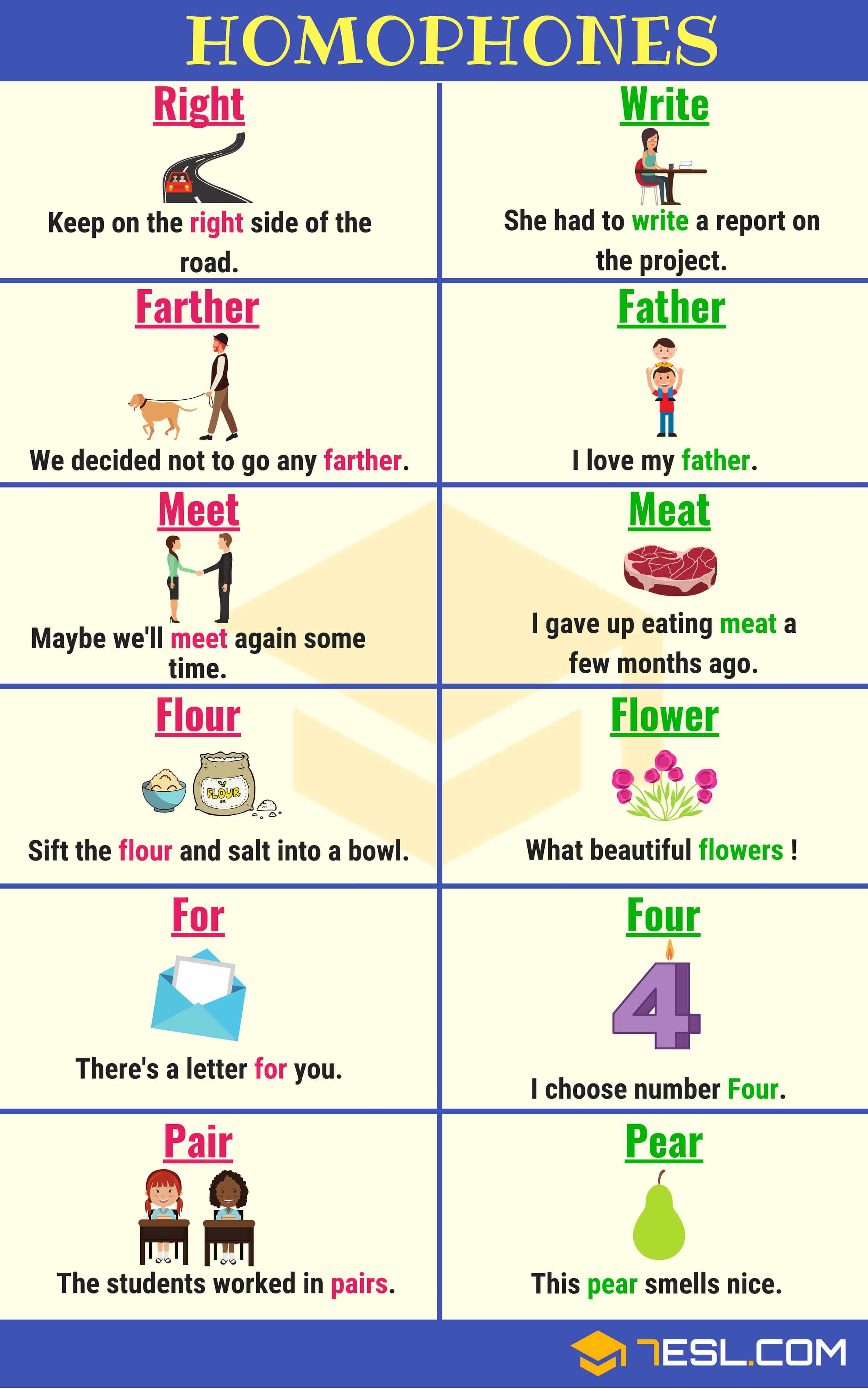 Learn a list of homophones in English with pronunciation.

Whether the weather be cold,

Or whether the weather be hot,

Hi. How do i register?

xD this was a yr ago

do a back flip

What do you mean

I want to join

oh no u dont

On his website though i still have no idea how to get there still.

This is really great.