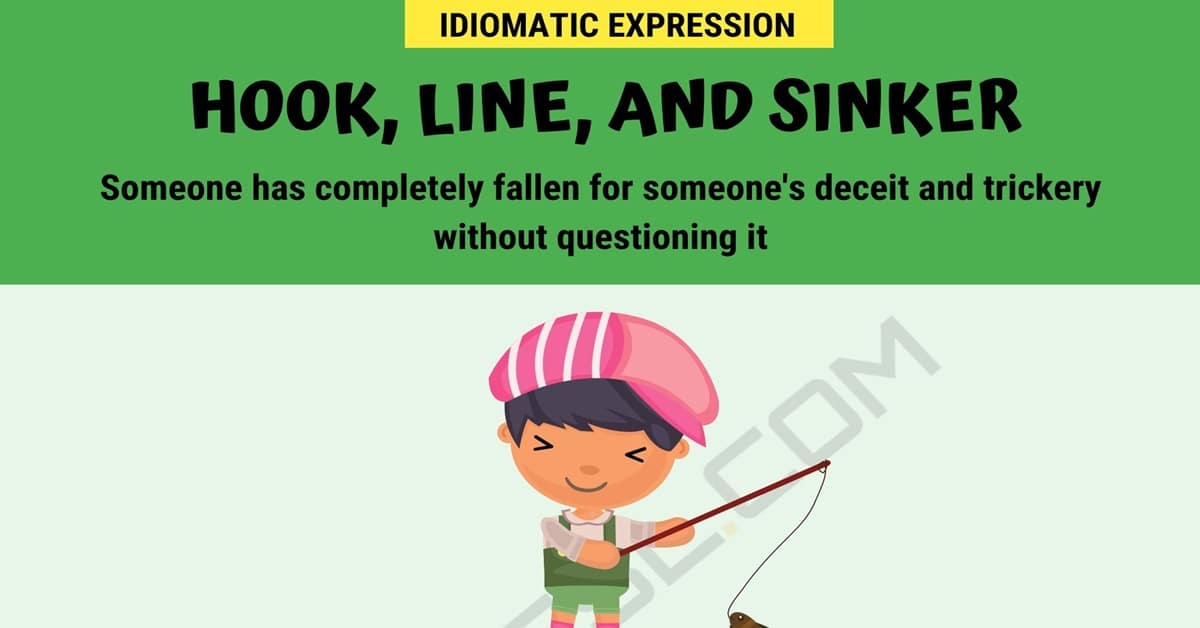 What does “Hook, Line and Sinker” mean? The helpful idiomatic phrase “hook, line, and sinker” is a phrase that you may encounter in everyday conversation and writing. Here you will find the meaning of the phrase and you will also discover the information regarding its origin. You will also find examples of how to properly use this phrase in conversations/statements and learn some alternative ways to say this phrase while still conveying the same meaning.

The idiomatic phrase “hook, line, and sinker” means that someone has completely fallen for someone’s deceit and trickery without questioning it.

The phrase “hook, line, and sinker” originates from the sport/pastime of fishing. A hook, line and sinker are all tools tied to the end of a fishing line used to lure and catch a fish. A fish, being greedy, will see the bait on a hook and gobble up the hook without thinking twice of the danger of being caught. The phrase was first used in 1865 in the sense of fishing and later used metaphorically to apply to other situations where people had been duped.

A statement made by a celebrity during an interview about the most recent film being made.

A statement made by a police officer assigned to an undercover operation.

A conversation between a brother and a sister.

A conversation between a mother and daughter.

Other Ways to Say “Hook, Line and Sinker”

As the case with all idiomatic phrases, there are many other ways to say “hook, line, and sinker” and still convey the same meaning. Some of the other ways you can say this phrase include:

What does “Hook, Line and Sinker” Mean? 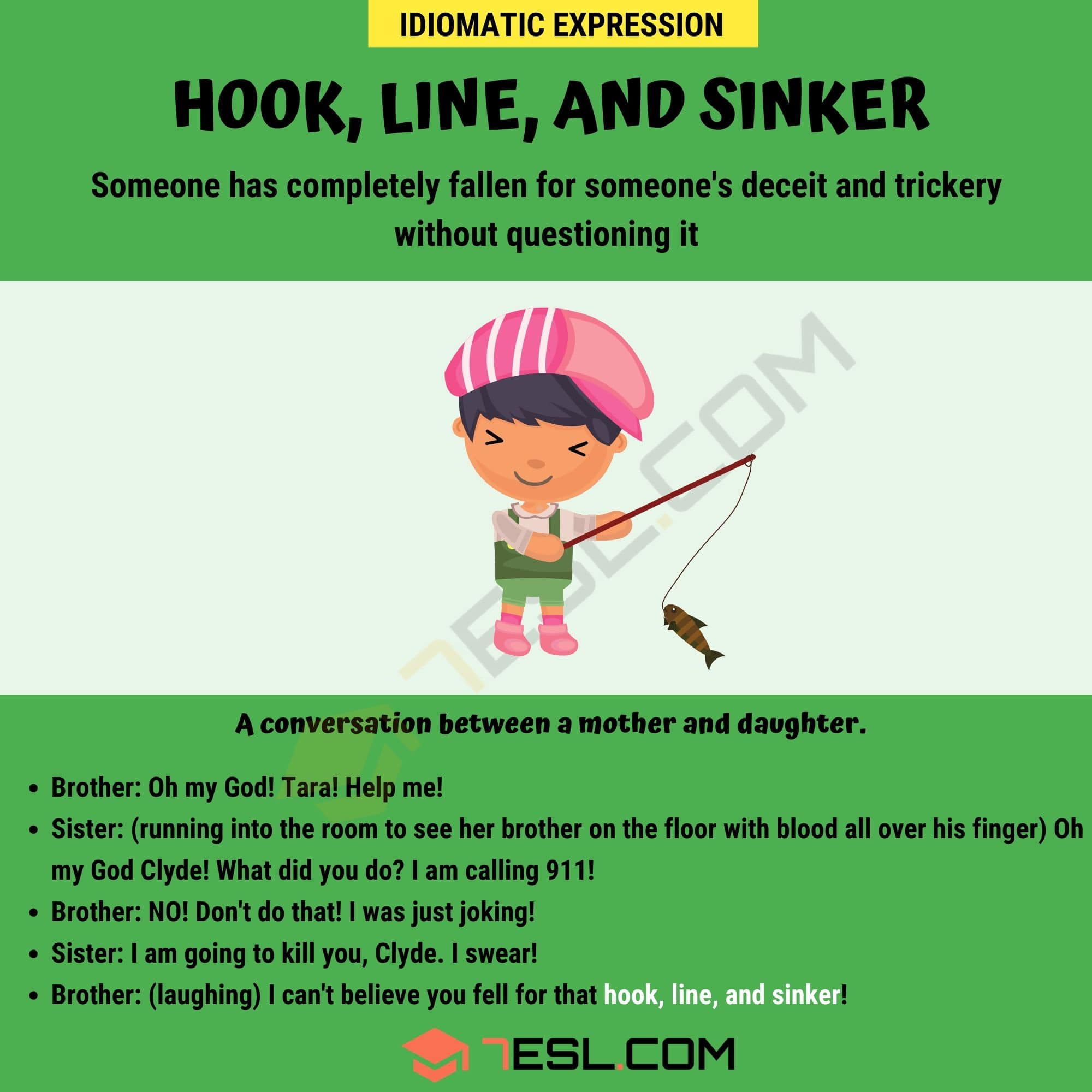