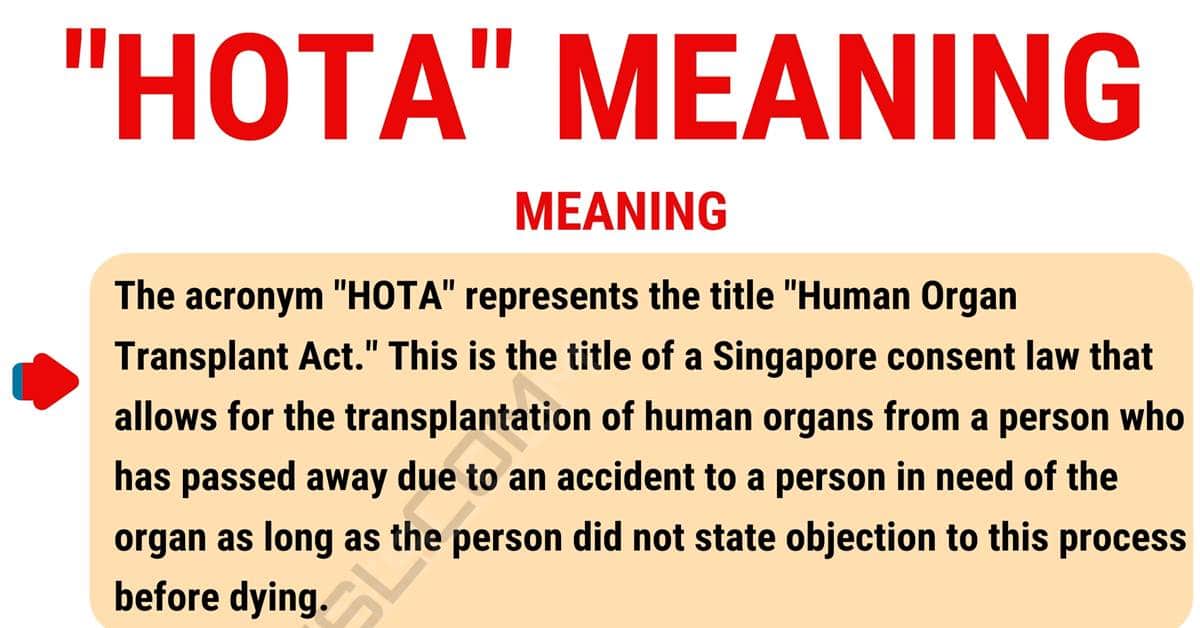 The acronym “HOTA” is typically used for very specific reasons. It can also be used as a term, but that is unofficial. If you have come to this page because you have seen the acronym “HOTA” used and were wondering what it represents, then you have come to the right page. Here you will find out the meaning of this acronym, the origin of what it represents, other possible meanings if there are any, and some example conversations using the acronym correctly. You will also discover some possible alternative phrases or words that can be used in place of this acronym to convey the same meaning.

What Does HOTA Mean?

The acronym “HOTA” represents the title “Human Organ Transplant Act.” This is the title of a Singapore consent law that allows for the transplantation of human organs from a person who has passed away due to an accident to a person in need of the organ as long as the person did not state objection to this process before dying.

“HOTA” was first introduced in Singapore in 1987. At first, the law only allowed for the transplantation of kidneys. Since its inception, the law has been amended many times and now includes other types of human organs also.

There are a few other meanings mentioned on the internet for the term “hota” and the acronym “HOTA.” When used as a term, “hota” is said to mean hoe. When used as an acronym, there are several choices including “Home of the Arts,” “Home Office Type Approval,” “Horn of the Abyss,” “Hands On Trade Association,” and “Honeywell Open Technology Alliance.”

Due to “HOTA” being the official name or title of a law, there are no alternatives available to use in place of what it represents other than typing it completely out instead of using the acronym. 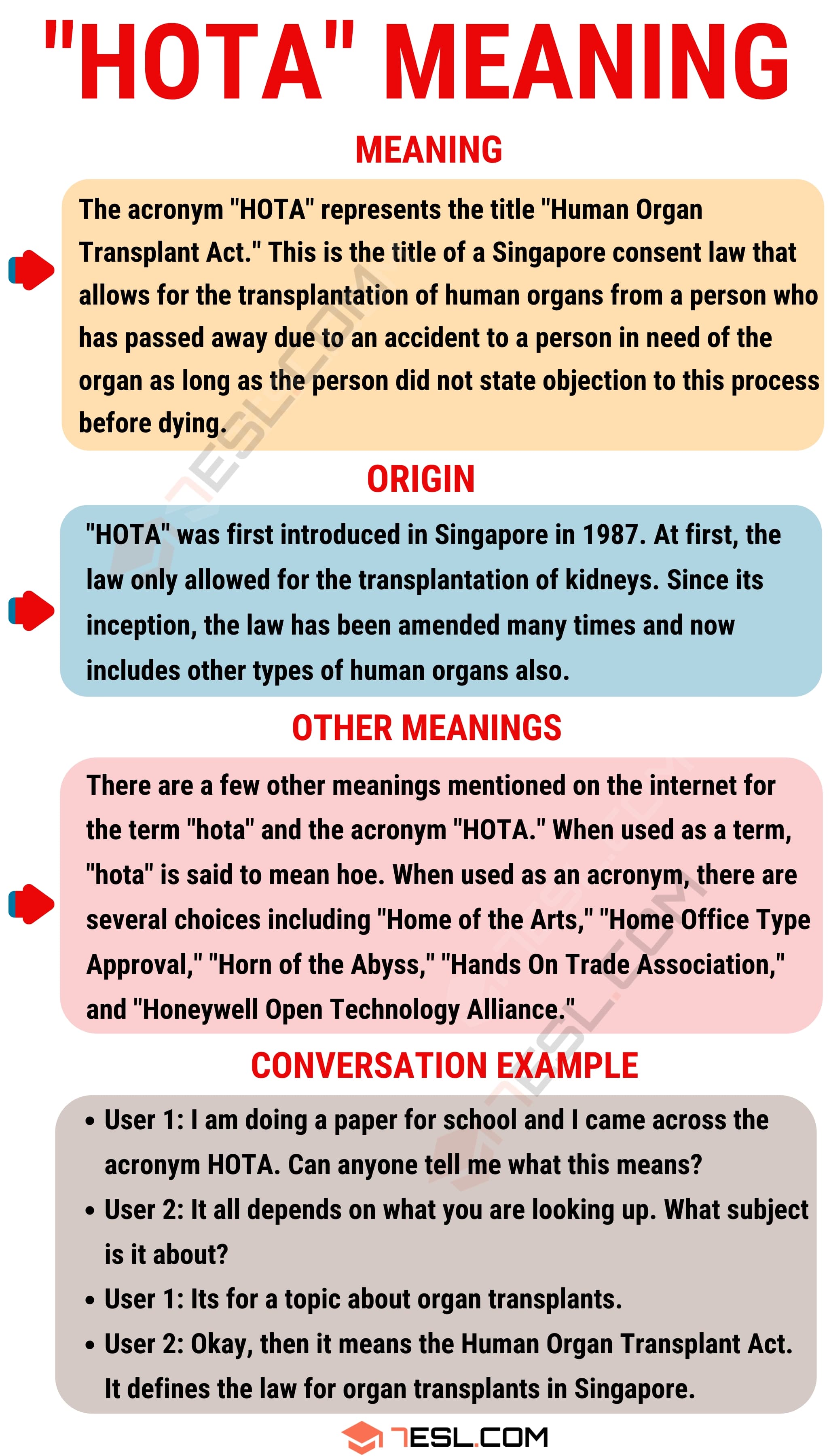