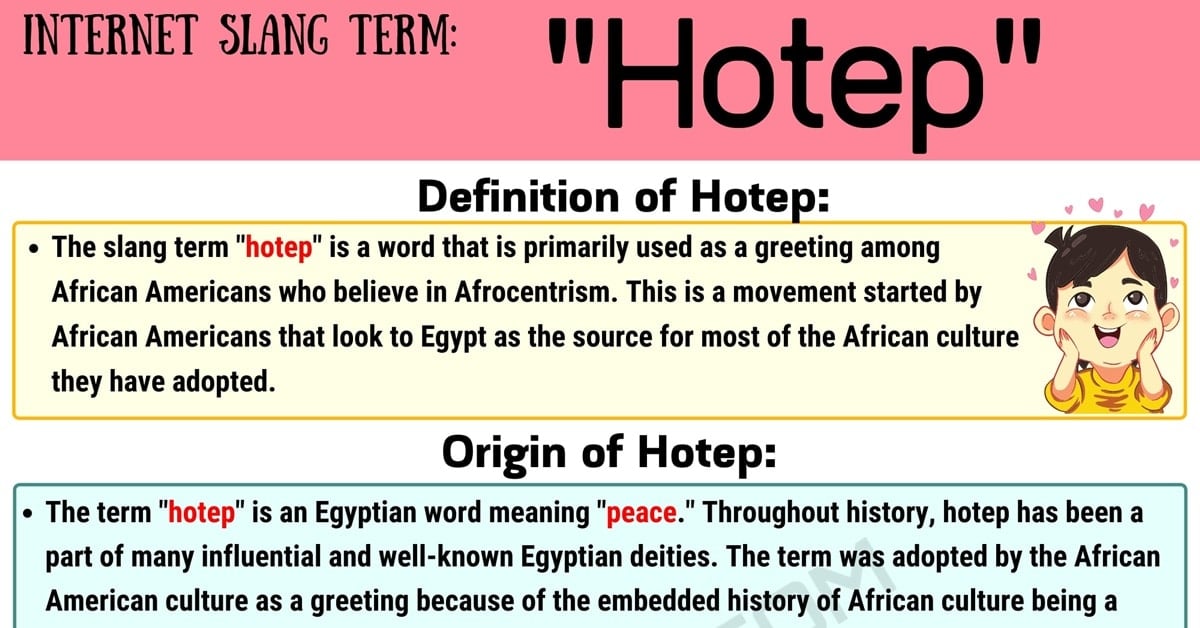 The slang term “hotep” is a difficult term to understand. If you have heard or seen this term being used and it’s left you wondering, then you have come to the right place. Here you will find the meaning of this term, its origin, some other possible meanings, some example conversations using the term, and some synonymous words or phrases.

What Does Hotep Mean?

The slang term “hotep” is a word that is primarily used as a greeting among African Americans who believe in Afrocentrism. This is a movement started by African Americans that look to Egypt as the source for most of the African culture they have adopted.

The term “hotep” is an Egyptian word meaning “peace.” Throughout history, hotep has been a part of many influential and well-known Egyptian deities. The term was adopted by the African American culture as a greeting because of the embedded history of African culture being a direct derivative of Egyptian culture. Today the term is widely used to classify Afrocentrism, but it sometimes wrongly used and used in a derivative way to stereotype people.

Other than being part of Ancient Egyptian names, there do not appear to be any other meanings for the term “hotep.”

A text discussion among friends.

A text discussion between father and son.

There are some words and phrases that you could use to replace this term depending on the context it was being used in. Some of the words or phrases you can use instead include: 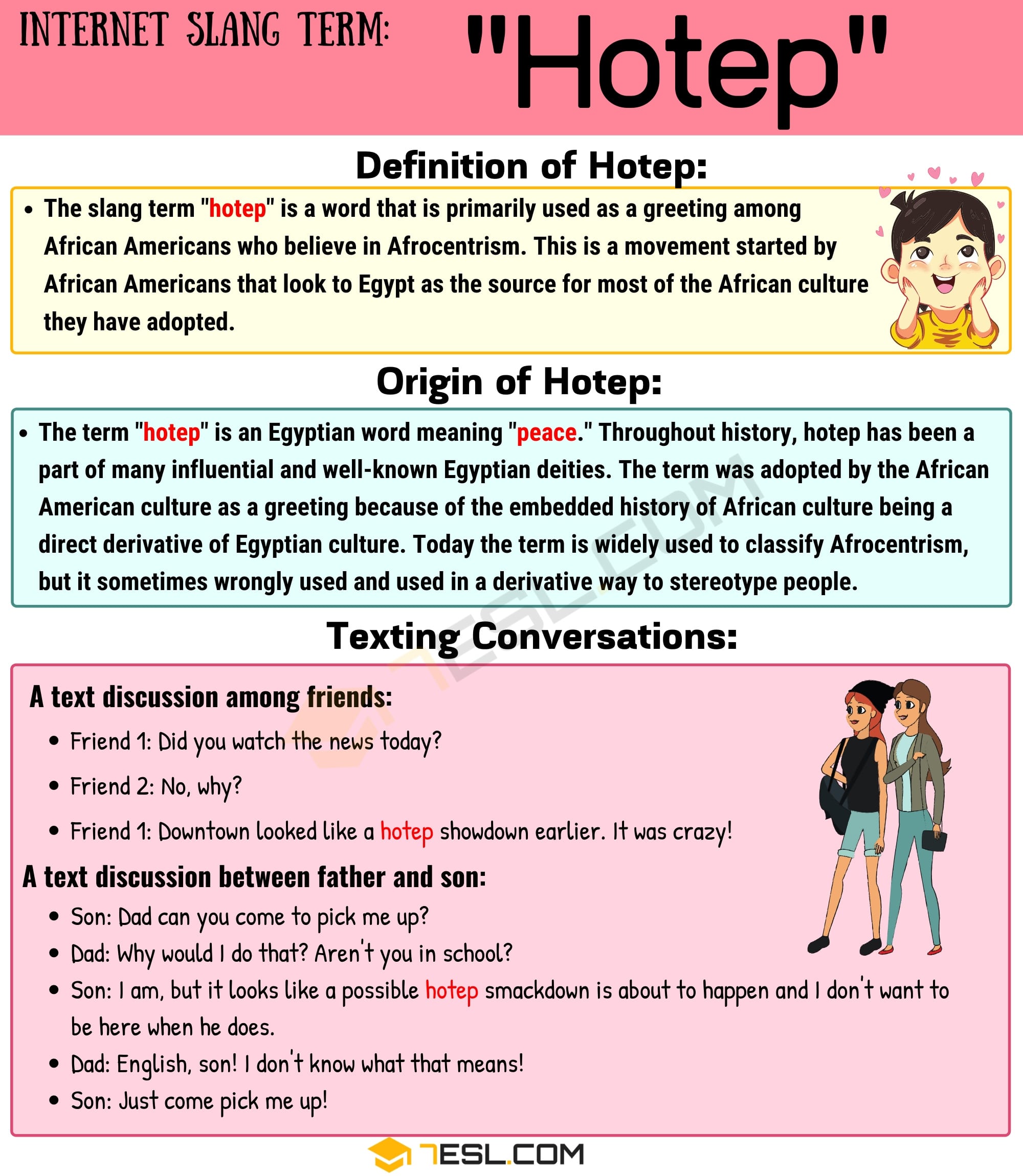