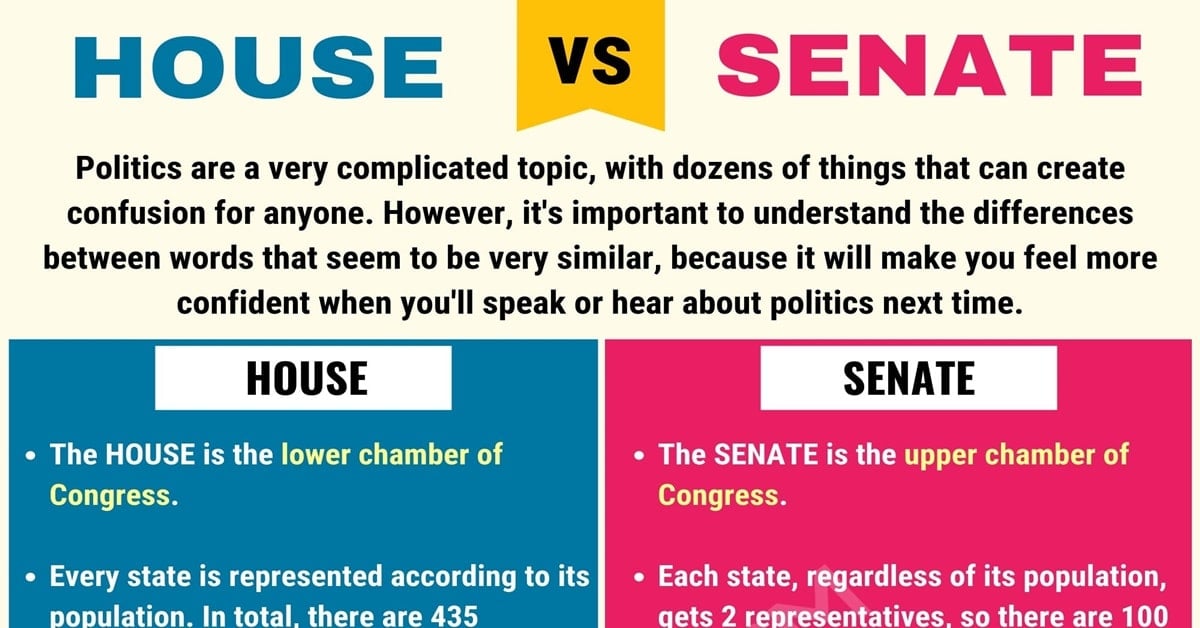 House vs. Senate! Politics are a very complicated topic, with dozens of things that can create confusion for anyone. However, it’s important to understand the differences between words that seem to be very similar, because it will make you feel more confident when you’ll speak or hear about politics next time. Here, let’s discuss the differences between House and Senate.

In short, the HOUSE is the lower chamber of Congress, while the SENATE is the upper. Of course, there’s a lot more to know than that.

When it comes to debate procedures, since the Senate is smaller, they are less formal there than in the House. In addition, the term-lengths in the House are shorter: two years, in contrast with six years in the Senate. That is why the representatives of the House tend to be more sensitive to the issues that concern the constituents than the senators. One other interesting difference is that in the House, the debates usually can’t go for longer than an hour, while in the Senate, they are unlimited.

The House and the Senate also have very different powers. For example, all revenue bills originate in the House because, as mentioned above, the representatives are more responsive to the needs of the residents than senators. However, it’s the Senate that is responsible for impeachment trials. This happens because this way, each state has equal power over deciding what will happen with the president.

In order to enter the House, the person needs to be at least 25 years old when seated, while a senator is required to be at least 30 years old. The rules about how long the person needs to be a US citizen before entering Congress are also stricter in the Senate: there, nine years are needed, in contrast with seven for the representatives of the House.

It’s impossible to list all the differences because there are too many. However, knowing just the ones listed here, you’ll be able to keep the conversation going if it takes the turn towards discussing House vs. Senate. 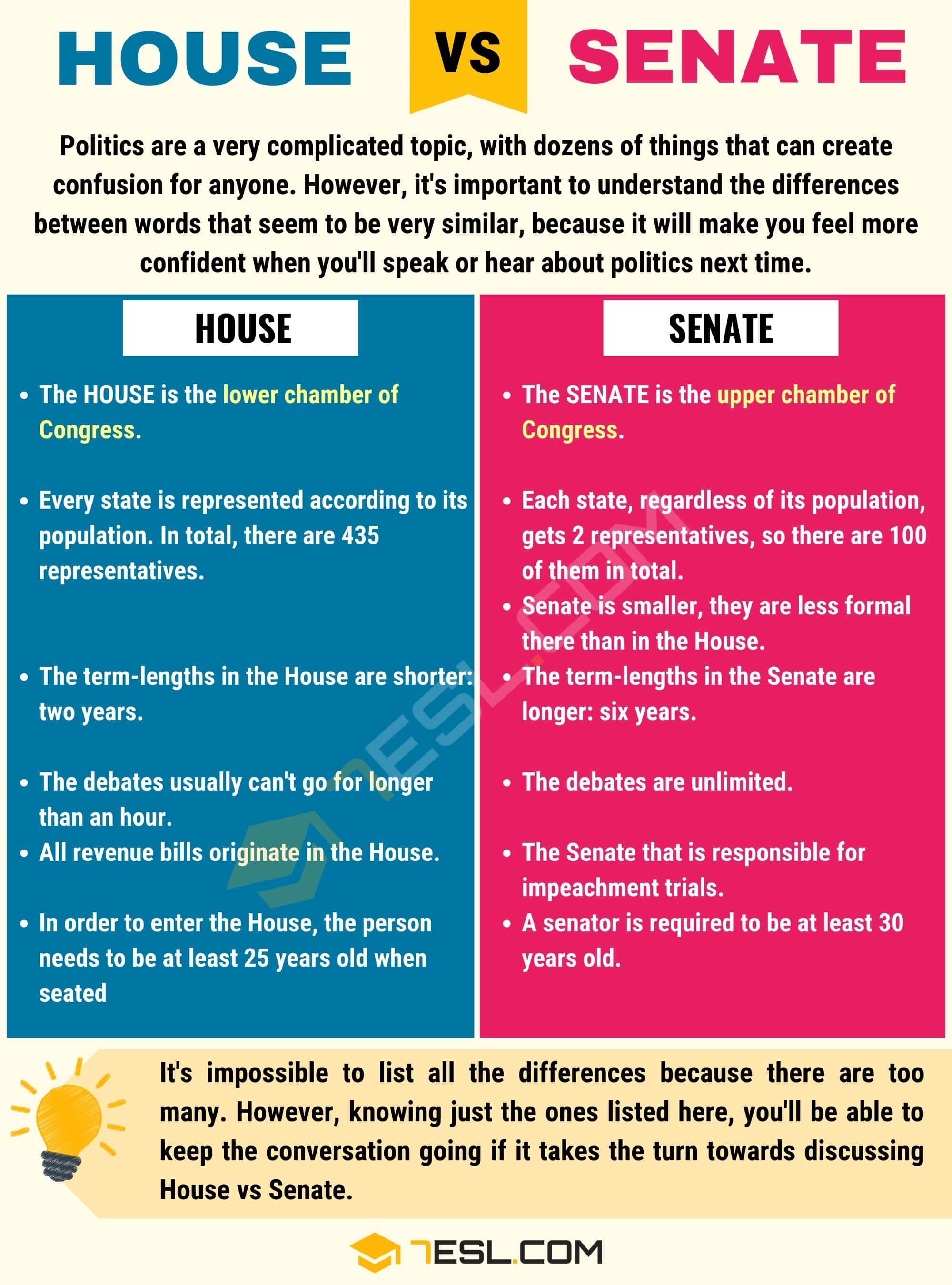 House vs. Senate: Difference between House and Senate