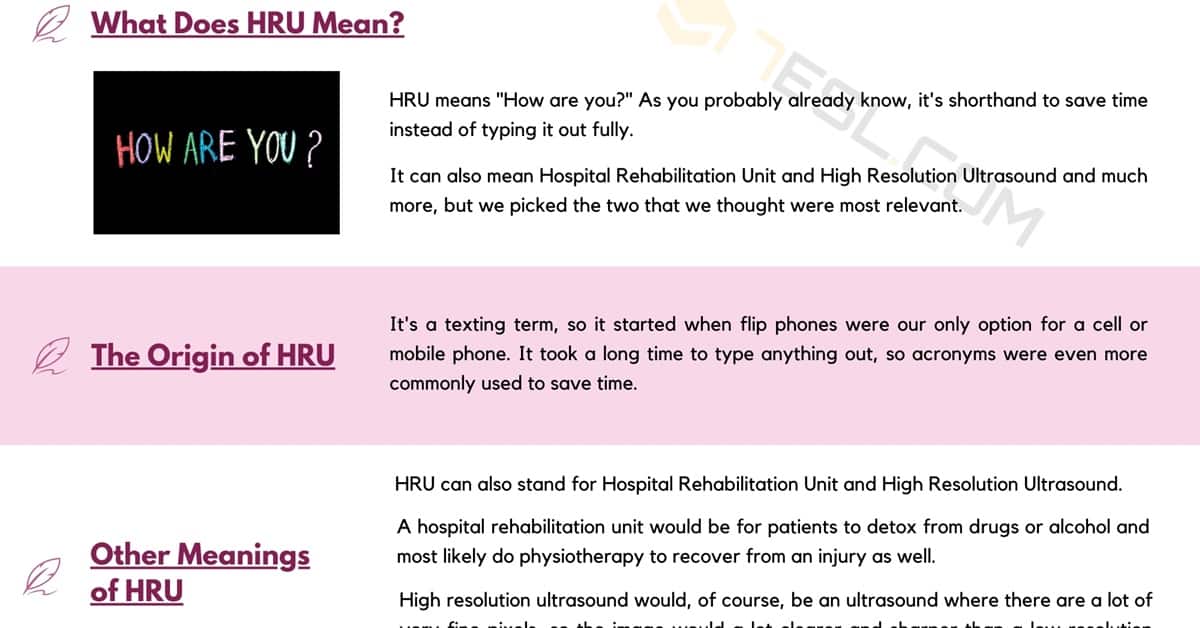 Have you gotten a text that said HRU? Not sure what it means? (Though, we’re sure you can guess). You’ve come to the right place. We’ll be explaining what it means, how to use it, and other ways to say it…

What Does HRU Mean?

HRU means “How are you?” As you probably already know, it’s shorthand to save time instead of typing it out fully.

It can also mean Hospital Rehabilitation Unit and High-Resolution Ultrasound and much more, but we picked the two that we thought were most relevant.

The Origin of HRU

It’s a texting term, so it started when flip phones were our only option for a cell or mobile phone. It took a long time to type anything out, so acronyms were even more commonly used to save time.

Other Meanings of HRU

A hospital rehabilitation unit would be for patients to detox from drugs or alcohol and most likely do physiotherapy to recover from an injury as well.

Anyone can use HRU, but we think we can safely say it’s mainly teens and young adults that use it now. Or anyone you have a casual relationship with, like a friend or even a sibling.

When to Use HRU?

It’s most appropriate to use it as a casual daily greeting/check-in text to a sibling or friend. Or a casual boyfriend/girlfriend.

Examples of How to Use HRU

It’s pretty self-explanatory, but here’s some examples of how to use it in a text.

Other Ways to Say/Ask HRU?

If you’d like to change up your check-in greeting once in a while or find one that’s more appropriate, here are some other ways to say or ask “How are you?”:

Especially these days, it’s important to check in with each other and listen. We’re all facing challenges, whether they’re big or small.

It doesn’t take much to just send a text or Facebook message. Or make a phone call, depending on your and their comfort level with phone calls of course.

So while HRU is a casual greeting, we want to encourage you to reach out and ask, really ask, someone you care about “How are you?” 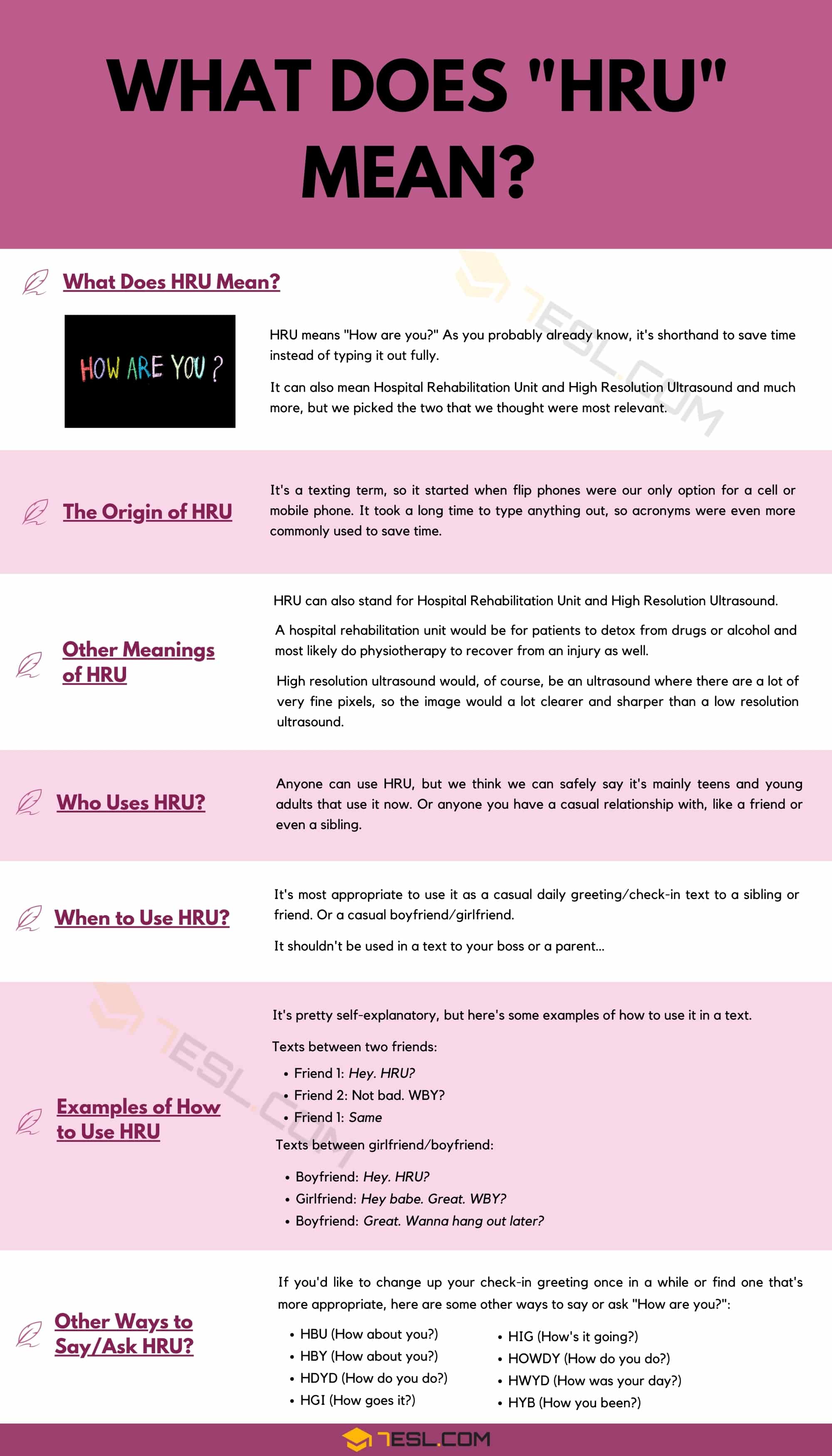