Home
Abbreviations
HU Meaning: What Does The Slang Term “HU” Mean and Stand For?

You may well have seen the internet slang term hu used frequently online. What does this slang term mean and how can it be used in online conversation? We are going to be looking at the answers to both of these questions, as well as looking at the history of the term to find out the origin.

What Does HU Mean?

The internet slang term hu refers to the term “hook up” which means to get together with someone for a casual sexual encounter.

The internet slang term hu is an abbreviation of the letters of the words “hook it”, it was first used online but is now also used in speech in some circumstances.

There is one other meaning of the term hu, which is a misspelling or shortened version of the word who.

You are likely to see the term hu used regularly in online conversation, we will now look at some examples of this so that we can better understand how it is used.

The first conversation is happening via Facebook messenger between two friends and features the term used with both of its meanings.

The next conversation is happening on a dating app.

The final texting conversation is taking place between two friends on an instant messenger.

There may be other ways in which you can say the internet slang term hu, here are some examples of this. 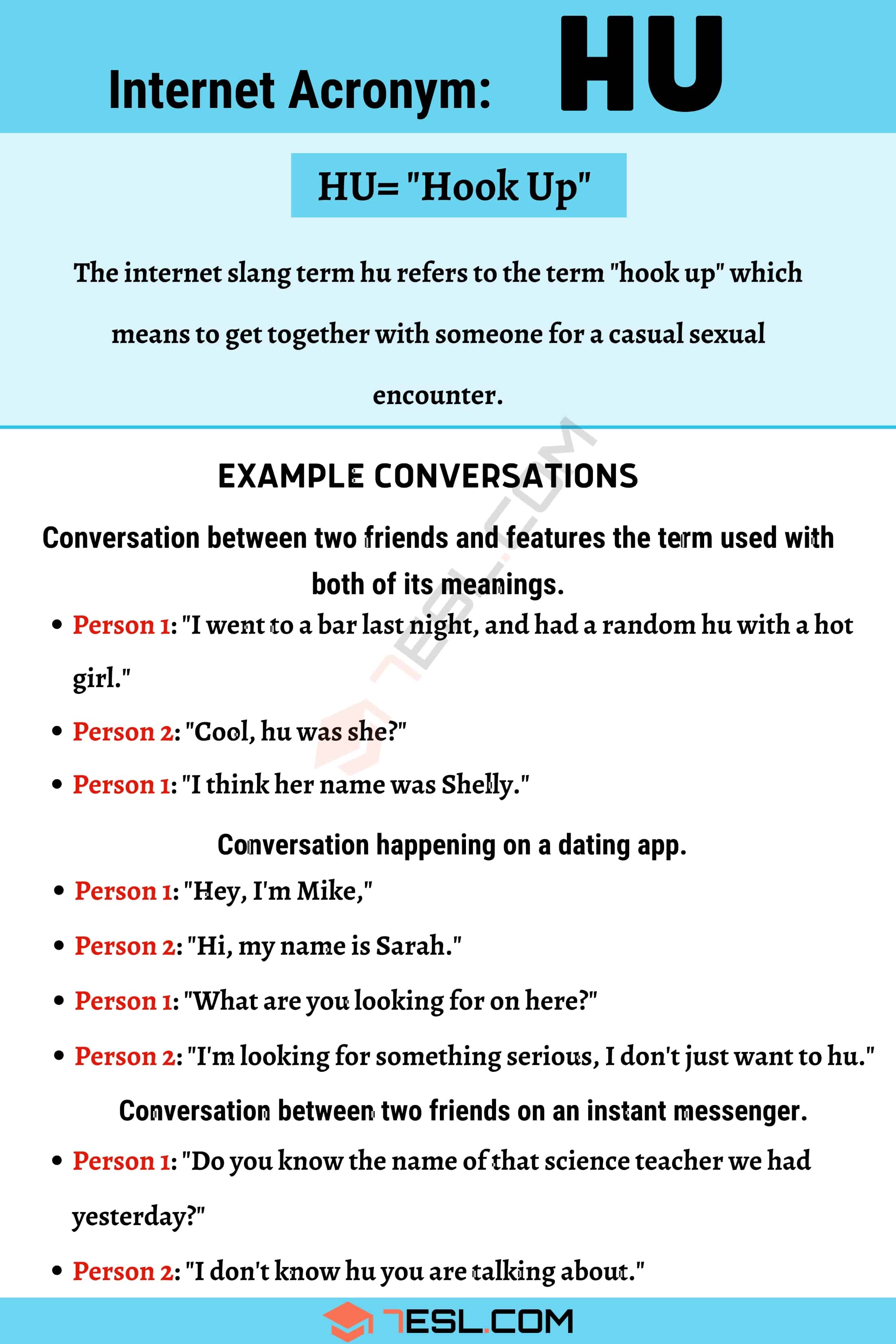