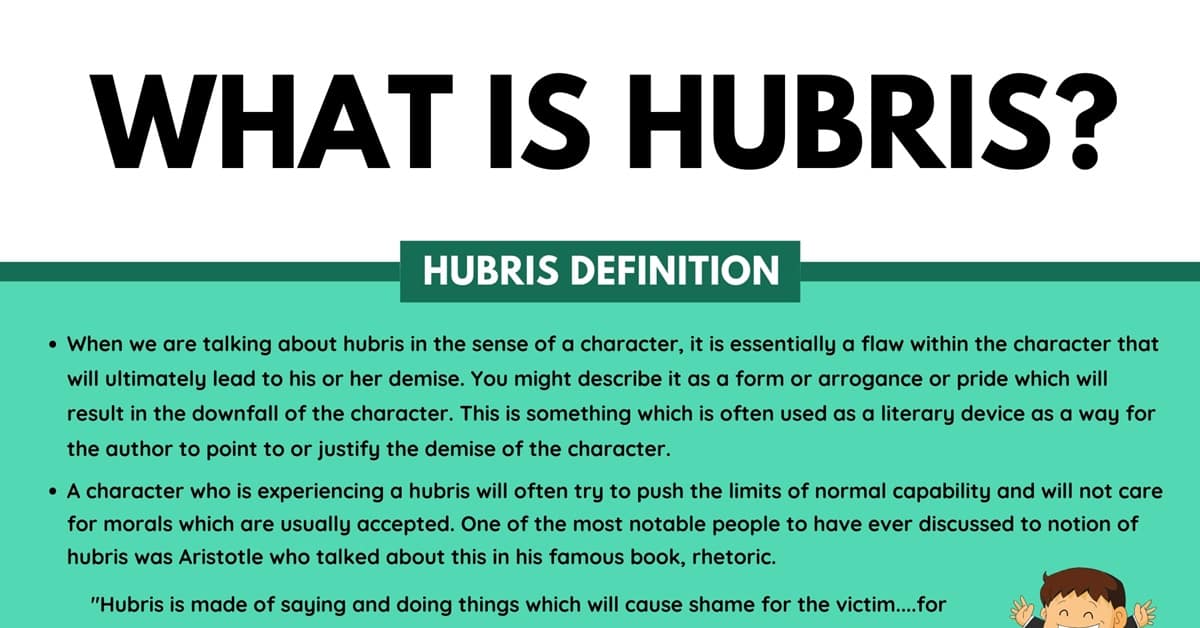 You may have come across the concept of hubris when studying the English language, but what exactly does it mean? In this article, we are going to examine the meaning of hubris as well as find out what it is used for in both a literary sense and in spoken language. We are going to take a look at some examples of hubris which will give us a greater understanding of its function.

When we are talking about hubris in the sense of a character, it is essentially a flaw within the character that will ultimately lead to his or her demise. You might describe it as a form or arrogance or pride which will result in the downfall of the character. This is something which is often used as a literary device as a way for the author to point to or justify the demise of the character.

A character who is experiencing a hubris will often try to push the limits of normal capability and will not care for morals which are usually accepted. One of the most notable people to have ever discussed to notion of hubris was Aristotle who talked about this in his famous book, rhetoric.

“Hubris is made of saying and doing things which will cause shame for the victim….for simply the pleasure of it. Hubris is not retaliation, but revenge….rich men and young ones are hubristic as they believe that they are better than others.”

This quote from Aristotle perfectly described the hubristic character and outside of literature, you have likely encountered people with hubris in your day to day life. The Greeks in ancient times, believed that hubris was a crime as it was seen that no mortal man should ever think himself so powerful and this was an insult to the Gods. There are many examples of hubris within Greek mythology where characters who display hubris are severely punished by the Gods.

The word hubris is derived from the Greek language and means wanton violence, outrage or insolence. In the first instance, the word referred more to actions however, throughout time it has leaned more towards the attitude of a character or person.

Examples Of Hubris In Spoken Conversation And Day To Day Life

As we mentioned earlier, you have likely come across someone hubristic in your day to day life, and there are plenty of examples to demonstrate this. Let’s take a look at some of these now.

Examples Of Hubris In Literature

Hubris can be used as an effective literary device, and this is something which has been employed by many writers the world over. Hubris can serve as a way to allow the writer to warn the readers that if they behave in a hubris way, their own demise might be imminent. This means that hubris is a great way to add morals to a story and give a lesson within it. Let’s now take a look at some examples of times in which authors have used hubris within their characters.

Hubris is an interesting concept in which a character displays an over inflated ego and tests the boundaries in the belief that they are far superior than anyone else. In the end, this attitude will result in their demise or downfall. When the concept was first discussed in ancient Greek times, it was used to refer more to the actions of a person rather than the mindset and attitude, however this has developed over time. 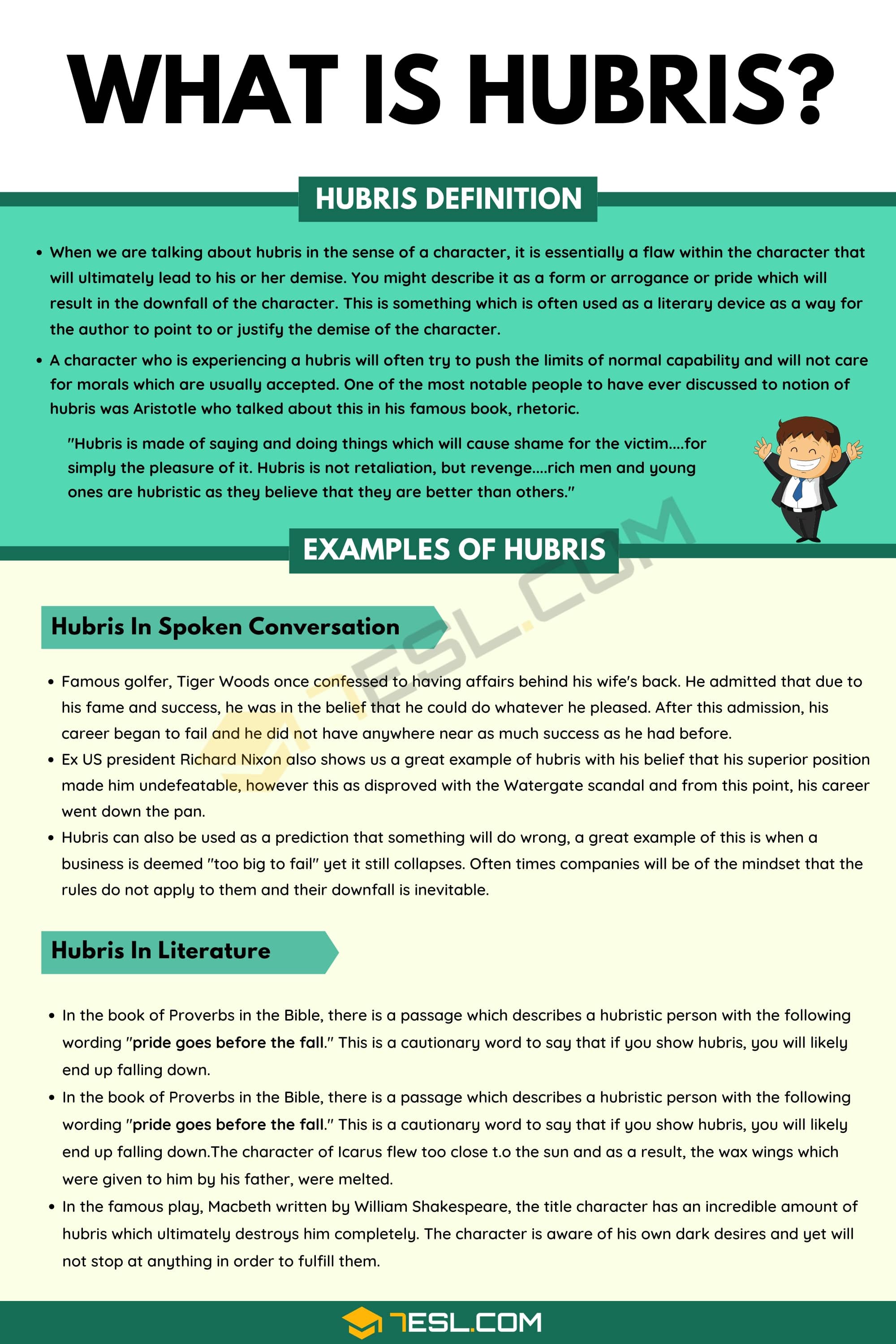