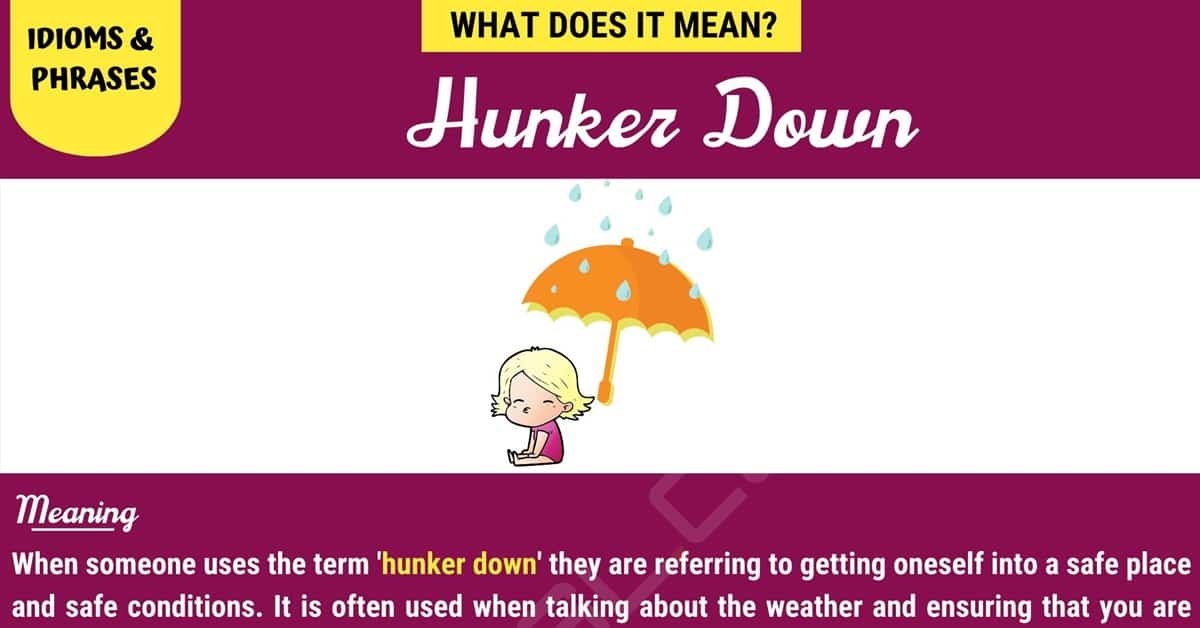 If you have ever heard someone use the term ‘hunker down’ during a conversation, you may well have asked yourself what this phrase means. We are going to look at the meaning behind this term and how it can be used in our daily conversations. We will also look at where the term came from in the first instance.

When someone uses the term ‘hunker down’ they are referring to getting oneself into a safe place and safe conditions. It is often used when talking about the weather and ensuring that you are safe indoors.

The term ‘hunker down’ originally meant to literally get down into a squatting position, the term has roots in various languages such as German, Dutch and old Scottish. Over time the term has evolved to be used for the meaning we give it today.

This is a statement made by a weather reporter.

Here is a statement made by a man to his wife.

You may be curious as to how the term ‘hunker down’ can be applied to a conversation. Here are some examples to show how the phrase would work.

This first conversation is happening between two neighbours before a hurricane.

This next conversation is between a boyfriend and his girlfriend.

There are other ways in which you can express the meaning of the term ‘hunker down.’

Here are some examples of other wordings which carry the same meaning. 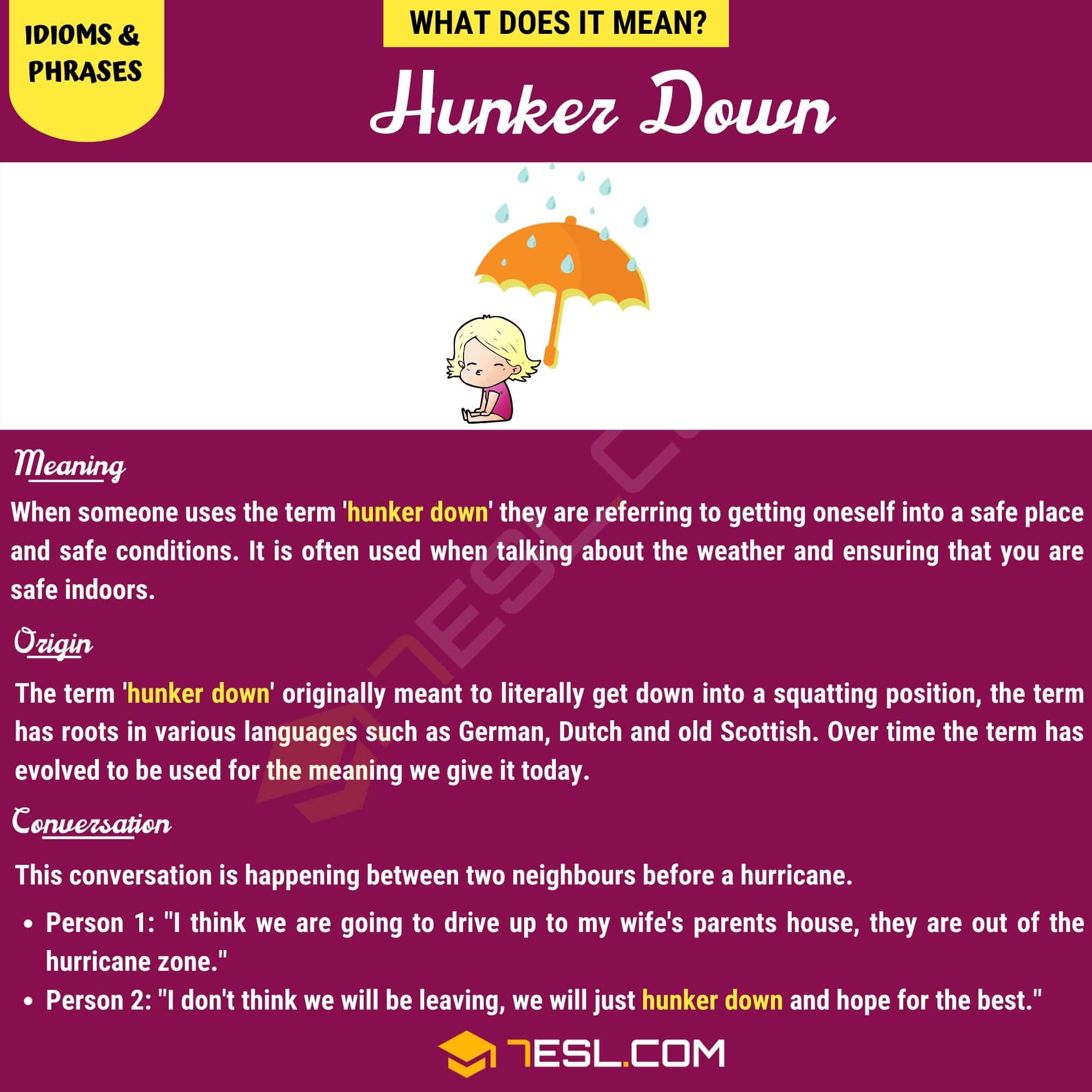