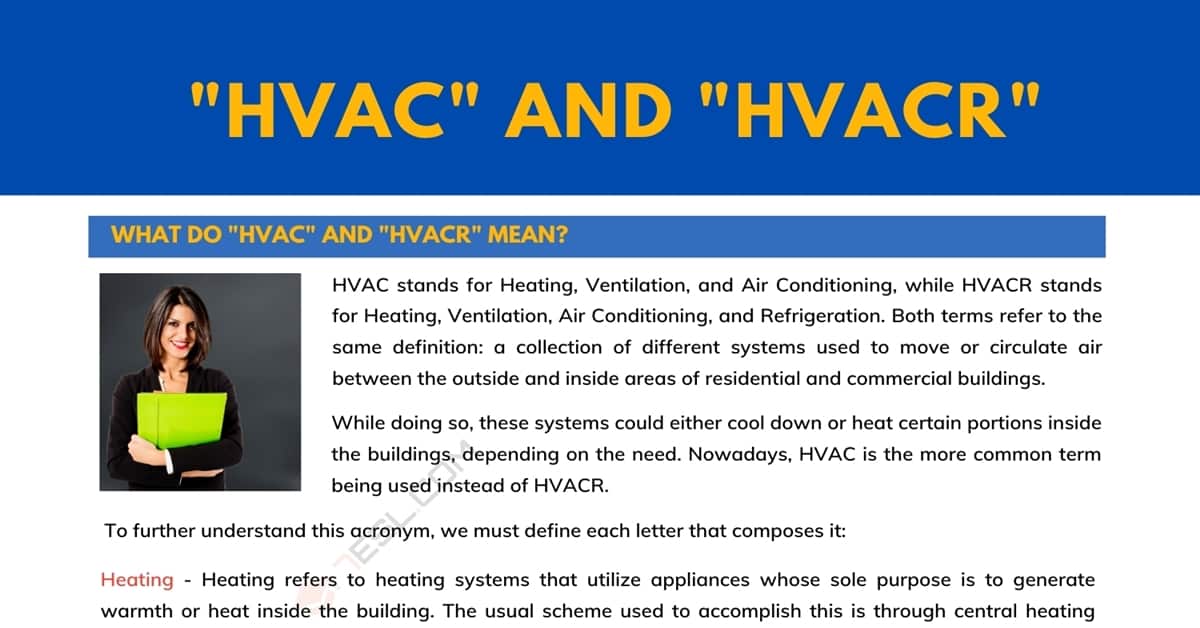 In the field of technology, there are a lot of uncommon terms and jargon that could confuse the non-technical masses. Although some of these terms can be considered self-explanatory, most of them are not and are even abbreviations. In this article, we will discuss “HVAC” and “HVACR” in hopes that we can help you gain knowledge about what they are.

While doing so, these systems could either cool down or heat certain portions inside the buildings, depending on the need. Nowadays, HVAC is the more common term being used instead of HVACR.

To further understand this acronym, we must define each letter that composes it:

Heating – Heating refers to heating systems that utilize appliances whose sole purpose is to generate warmth or heat inside the building. The usual scheme used to accomplish this is through central heating systems. However, for smaller spaces such as residential homes, space heaters are much preferred.

Ventilation – This refers to any processes that change or replace the air in an area to regulate temperature and remove any undesired elements in the air such as bacteria, foul odors, and dust. Through this process, excess carbon dioxide is removed while replenishing oxygen simultaneously, which provides fresher air.

The three components that make up the acronym HVAC were the brainchild of numerous bright minds that invented or discovered their principles. Michael Faraday and Sadi Carnot are just some of the people who significantly contributed to the first HVAC system conception.

In 1902, Alfred Wolff successfully invented the first working air conditioning system used in the New York Stock Exchange. However, it was not until 1904 when Stuart Cramer coined the term “air conditioning.” Nonetheless, even as early as 1899, Coyne College already offered HVAC training and was also the first college in the world to do so.

As the components in this technology improved, HVAC systems became more widespread and more compact-looking. The acronym HVAC or HVACR came to be to make it easier to refer to these components.

Other Similar Acronyms or Abbreviations

HVAC could also stand for high voltage alternating current, which refers to voltages that are high enough to cause serious injuries or property damages. However, the use of this acronym for such a definition is not that popular at all.

Other Meanings of HVAC or HVACR

So far, HVAC refers explicitly to the meaning provided above.

When to Use These Acronyms?

You can use this acronym if you are speaking to HVAC specialists or sellers. In most cases, people use “air conditioners” and “HVACs” interchangeably, which could often be misleading.

Examples of “HVAC” and “HVACR”

Other Words to Use Instead of HVAC/HVACR

In most cases, the common masses refer to HVAC or HVACR as air conditioners. Climate control is also another name used to refer to HVAC systems. 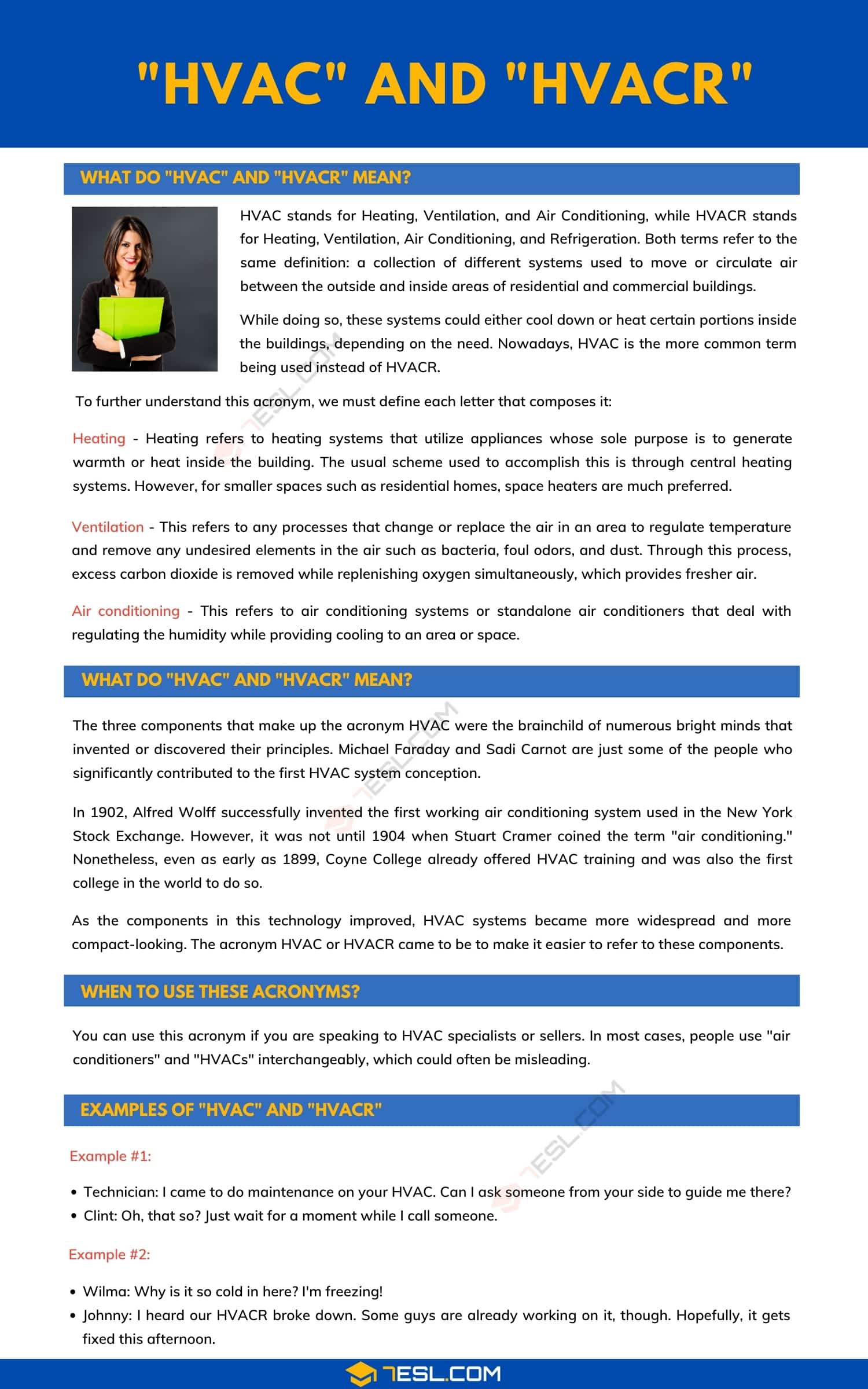