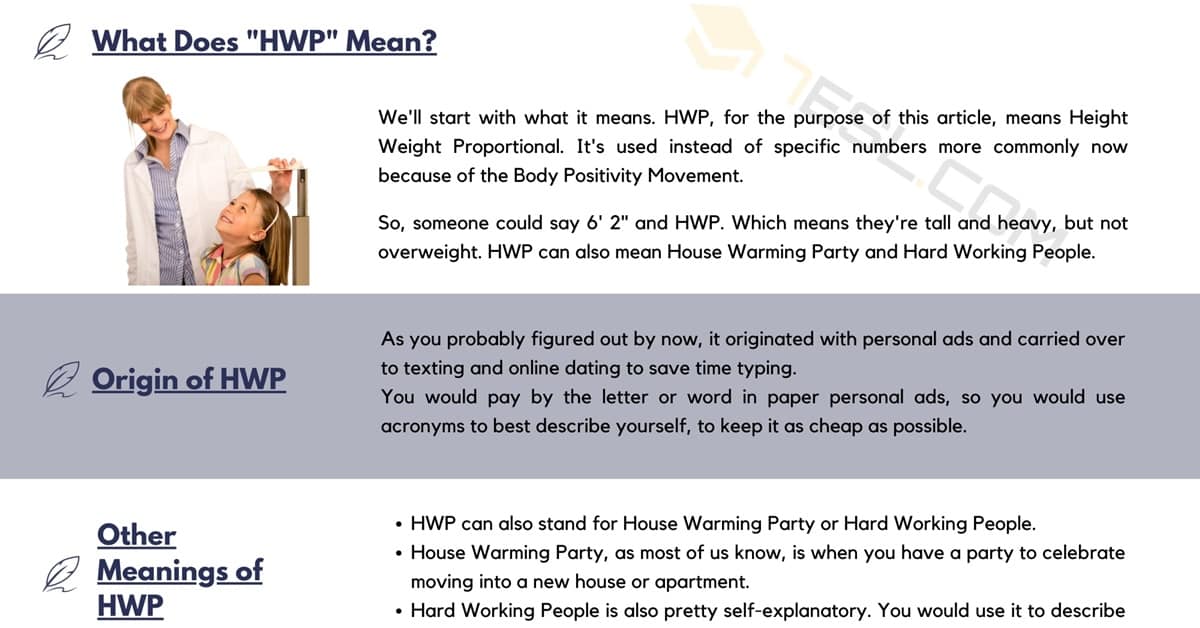 Have you looked at an online dating site or gotten a text/message that said HWP and are wondering what it means? Well, you’ll be learning not only what it means, but also the origin and how to use it…

What Does HWP Mean?

We’ll start with what it means. HWP, for the purpose of this article, means Height Weight Proportional. It’s used instead of specific numbers more commonly now because of the Body Positivity Movement.

So, someone could say 6′ 2″ and HWP. Which means they’re tall and heavy, but not overweight. HWP can also mean House Warming Party and Hard Working People.

As you probably figured out by now, it originated with personal ads and carried over to texting and online dating to save time typing.

You would pay by the letter or word in paper personal ads, so you would use acronyms to best describe yourself, to keep it as cheap as possible.

Other Meanings of HWP

Considering that it’s mainly a dating term, usually young adults and anyone above that age group…

When to Use HWP?

As you probably figured out by now, you would use it in any situation where you’d be describing yourself, instead of posting or sending a picture. Such as on a dating site and you’re not comfortable with sharing a picture of yourself publicly.

Examples of How to Use HWP

On a dating site, describing yourself in your profile:

I’m an adventurous, fun person who loves to cook. Looking for someone to explore life with and cook for.

Someone messaging/texting you after they see your profile:

Other Ways to Say HWP

Of course, you could just type out Height Weight Proportional. You could also use GL, which means Good Looking instead. Or Big and Beautiful, Slightly Overweight, but Healthy. I’m sure you’ve heard plenty of creative ways to say this…

I actually like using this term instead of giving specific numbers. We’re all much more than a number on the scale (or measuring tape). It can be demeaning to be treated less than because you’re shorter or overweight. Sometimes it’s a health condition that can cause weight gain. And we can’t do much about height, except wear heels… 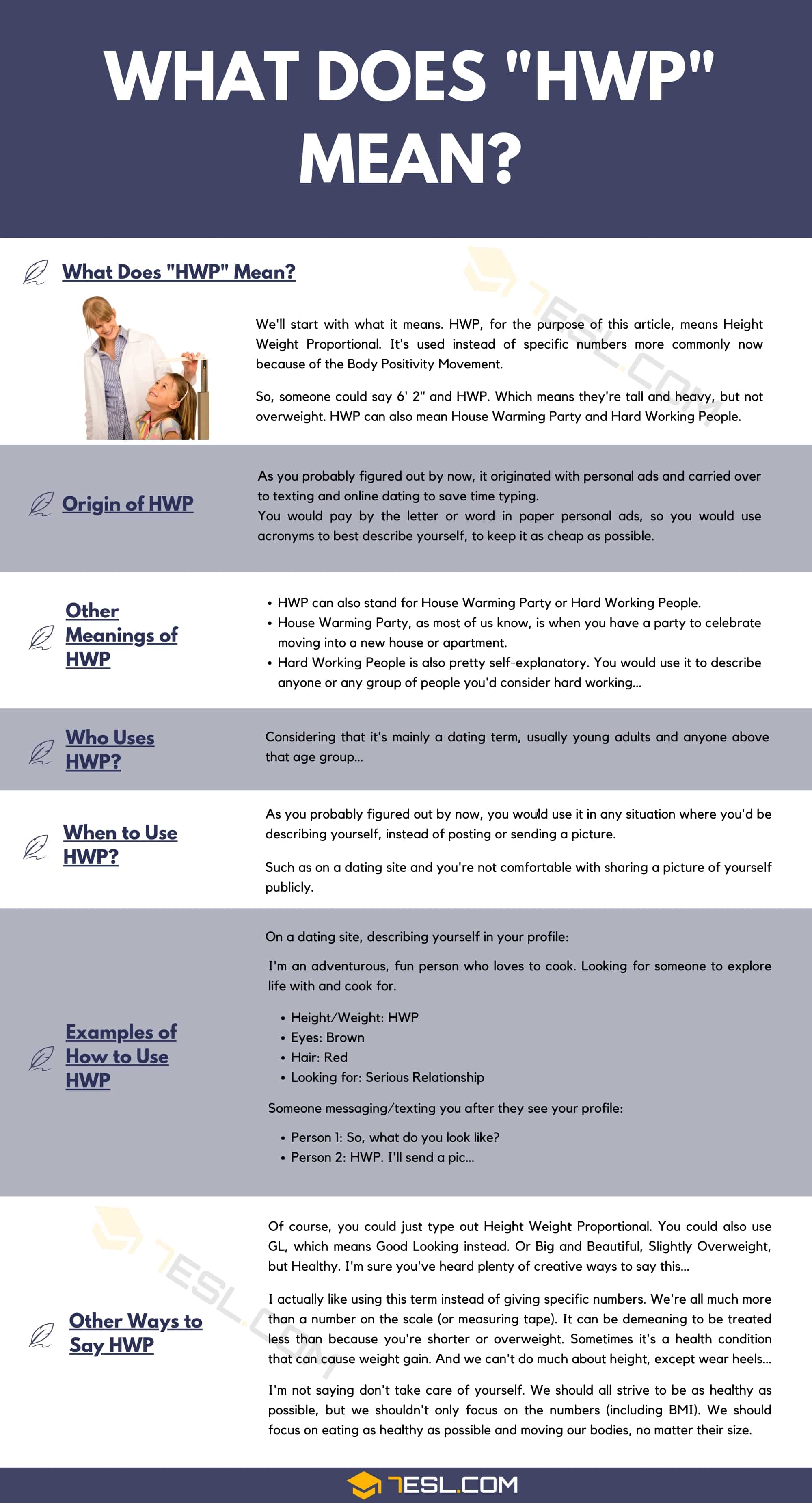