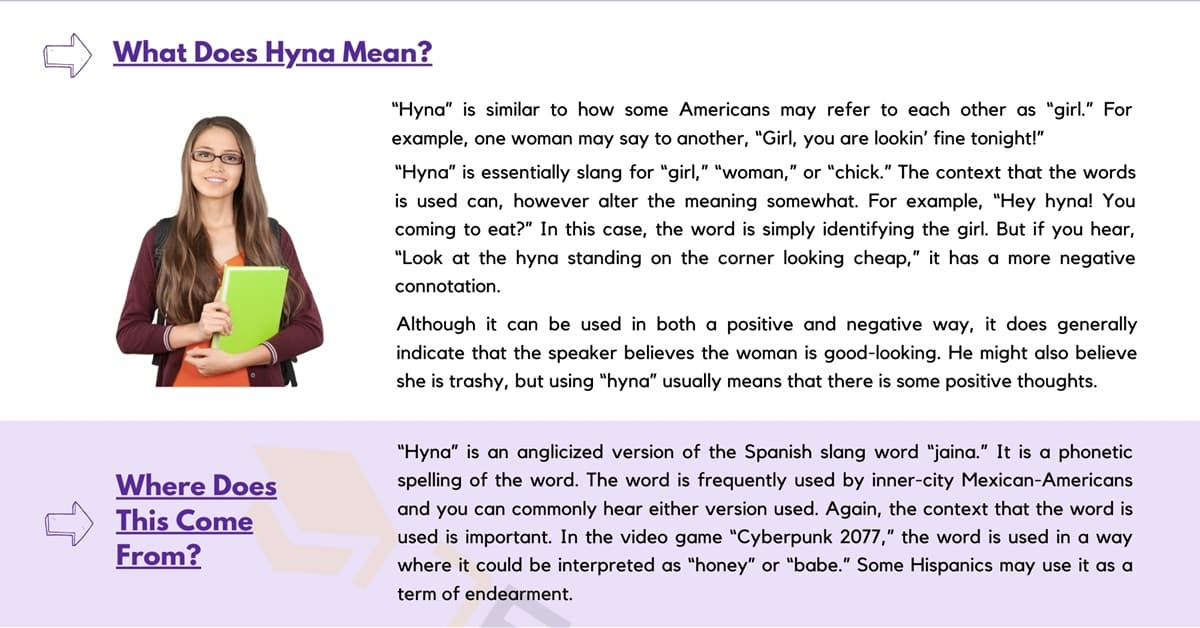 What does Hyna mean? All languages have slang words and phrases that are used in certain regions. One of the most common examples in United States is the word “y’all,” which you will frequently here in the South. Southerners also often call each other “boy,” or “girl.” The Spanish language is similar. If you learn the language in a classroom, you will probably learn Castilian Spanish, which is the language spoken in Spain. The Spanish spoken in Mexico can be very different, especially when it comes to slang words.

One word that you may hear Mexican Americans speaking is “Hyna.”

What Does Hyna Mean?

“Hyna” is similar to how some Americans may refer to each other as “girl.” For example, one woman may say to another, “Girl, you are lookin’ fine tonight!”

“Hyna” is essentially slang for “girl,” “woman,” or “chick.” The context that the words is used can, however alter the meaning somewhat. For example, “Hey hyna! You coming to eat?” In this case, the word is simply identifying the girl. But if you hear, “Look at the hyna standing on the corner looking cheap,” it has a more negative connotation.

Although it can be used in both a positive and negative way, it does generally indicate that the speaker believes the woman is good-looking. He might also believe she is trashy, but using “hyna” usually means that there is some positive thoughts.

Where Does This Come From?

“Hyna” is an anglicized version of the Spanish slang word “jaina.” It is a phonetic spelling of the word. The word is frequently used by inner-city Mexican-Americans and you can commonly hear either version used. Again, the context that the word is used is important. In the video game “Cyberpunk 2077,” the word is used in a way where it could be interpreted as “honey” or “babe.” Some Hispanics may use it as a term of endearment.

Other Meanings of the Word “hyna”

“Hyna” or “jaina” can be substituted for any version of “girl” or “woman,” including slang words like “chick.” Some examples are:

Who Uses the Word “hyna”?

Both “Hyna” and “jaina” are frequently used by Mexican Americans, especially those in inner-cities. It is sometimes used by white in an effort to imitate the Mexican American slang.

When Should You Use the Word “hyna?”

It is important to remember that the word(s) can be derogatory or insulting. If you are using it with someone you do not really know, you should be clearly indicating that you are not being insulting.

Some examples of conversation are:

Other Words that Are Similar to “hyna”

Other Hispanic words similar to “hyna” are: 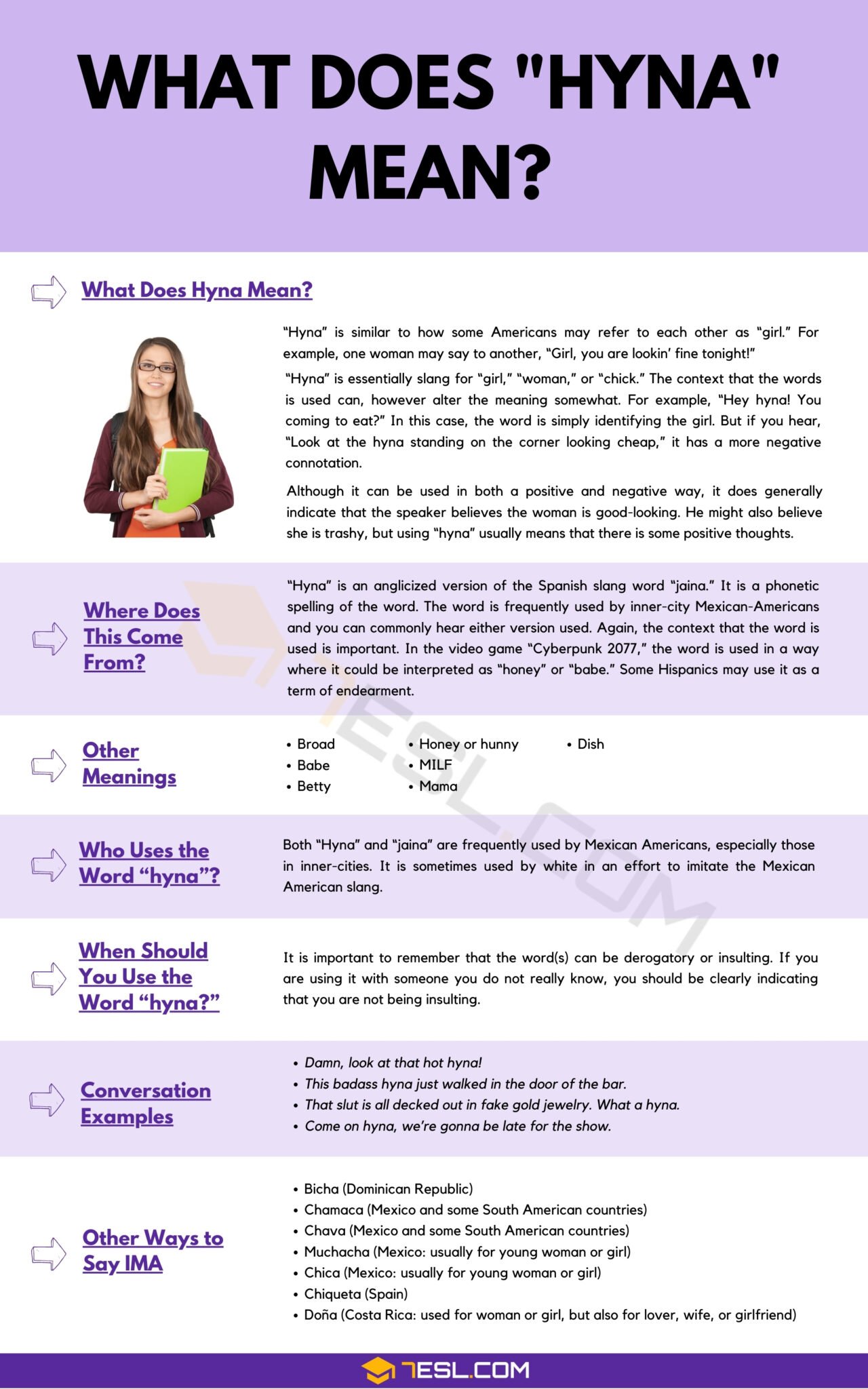