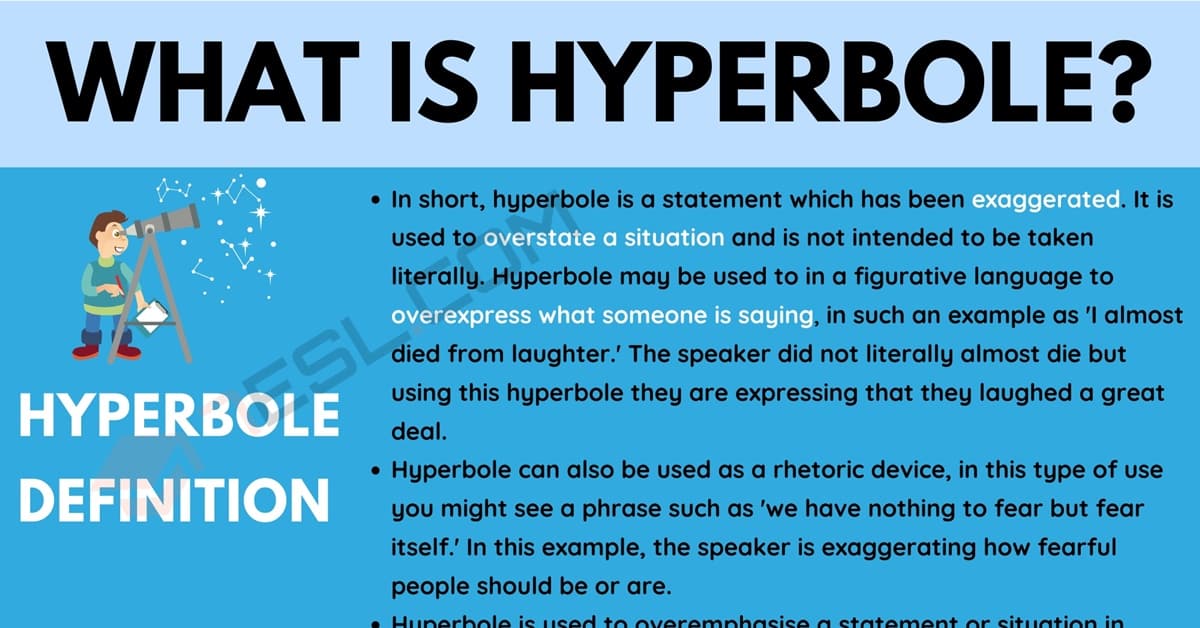 When speaking or writing in English, you are sure to come across the use of hyperbole, but what exactly is this? In this article, we are going to look at what hyperbole is and how it is used in both speech and in writing. We will take a look at some examples in order to further see how it can be applied to the language.

In short, hyperbole is a statement that has been exaggerated. It is used to overstate a situation and is not intended to be taken literally. Hyperbole may be used in a figurative language to overexpress what someone is saying, in such an example as ‘I almost died from laughter.’ The speaker did not literally almost die but using this hyperbole they are expressing that they laughed a great deal.

Hyperbole can also be used as a rhetoric device, in this type of use you might see a phrase such as ‘we have nothing to fear but fear itself.’ In this example, the speaker is exaggerating how fearful people should be or are.

Hyperbole is used to overemphasize a statement or situation in order to give a more dramatic effect on the listener or reader.

Examples of Hyperbole in Speech

There are many instances in which hyperbole is used in day to day conversation, it is one of the most common forms of figures of speech and you are likely to hear it used regularly. Let’s now take a look at some examples of hyperbole in sentences.

Examples of Hyperbole in Literature

Many times writers will use hyperbole within their work to exaggerate or overstate a situation in order to make it more interesting and gripping to the reader. Let’s take a look at some examples of when hyperbole has been used in written works.

Hyperbole is a type of figure of speech that is used to overstate or exaggerate a sentence or situation in order to make it more dramatic. It is regularly used in day to day conversation especially in informal speech. It can also be found many times in written text such as songs, poetry and stories to add an emphasis on something. 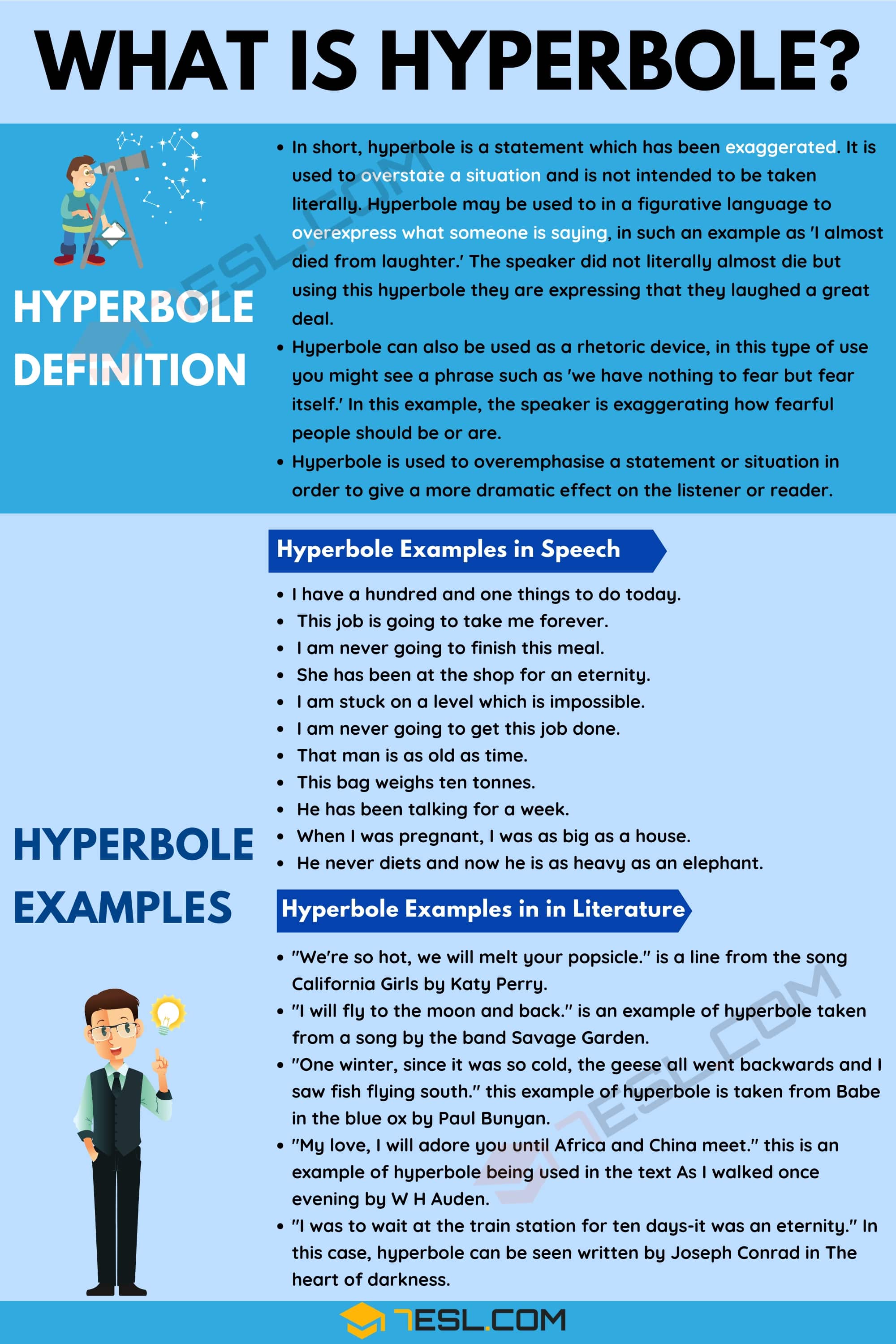