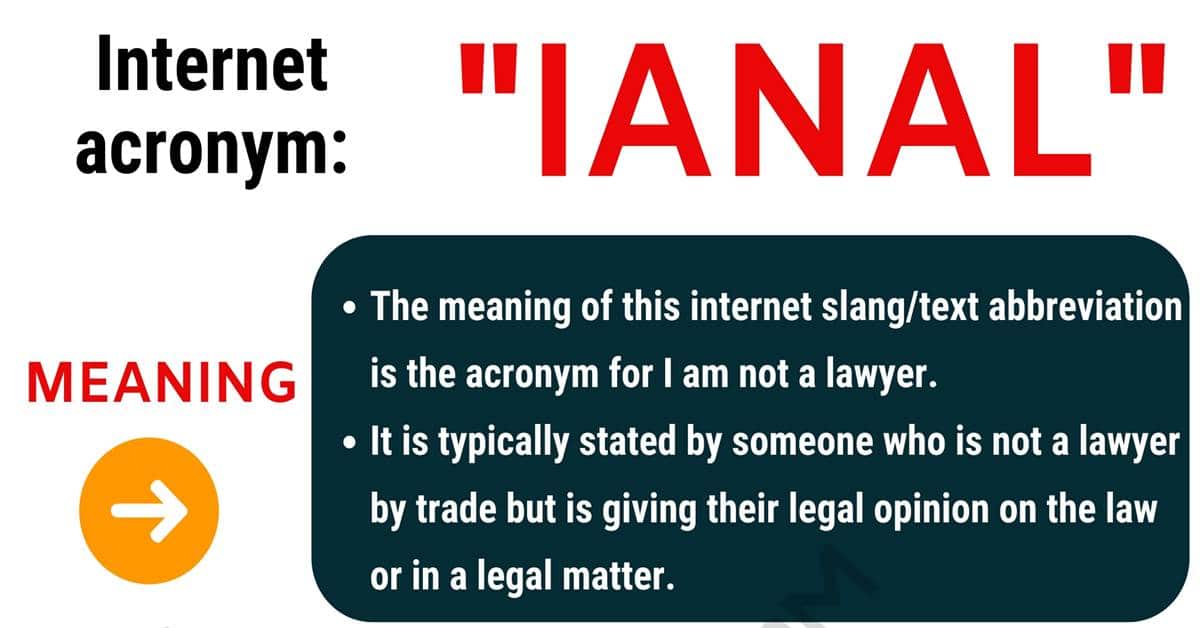 There are many popular slang terms and text abbreviations used today both on the internet and in text messages. One of these abbreviations is “ianal.” Here you will find the meaning of this abbreviation and information regarding its origin. You will also find other meanings if they exist, examples of how to use the abbreviation properly in conversations and some suggestions on alternatives ways you can say the same thing and convey the same message.

What Does IANAL Mean?

The meaning of this internet slang/text abbreviation is the acronym for I am not a lawyer. It is typically stated by someone who is not a lawyer by trade but is giving their legal opinion on the law or in a legal matter.

The abbreviation “ianal” became popular in the 1980s. It most likely came about as a widely used abbreviation after a popular cough syrup commercial aired on television where actors claimed: “I am not a doctor…” The phrase became popular on Usenet for non-lawyers and lawyers alike to post legal advice to people that requested it. However, if a person offering legal advice was a lawyer they changed the abbreviation to “ianyl” meaning I am not your lawyer. This disclaimer prevented the actual attorney providing the information from any legal ramifications. The abbreviation has been used widely since, mainly on the internet.

Other Meanings of “IANAL”

There are currently no other meanings to the internet chat abbreviation “ianal.”

An internet chat conversation between two friends concerning a law.

An internet chat between two co-workers regarding a recent incident.

Other Ways to Say “IANAL”

There are some other ways you could say this without using the abbreviation. Some suggestions include: 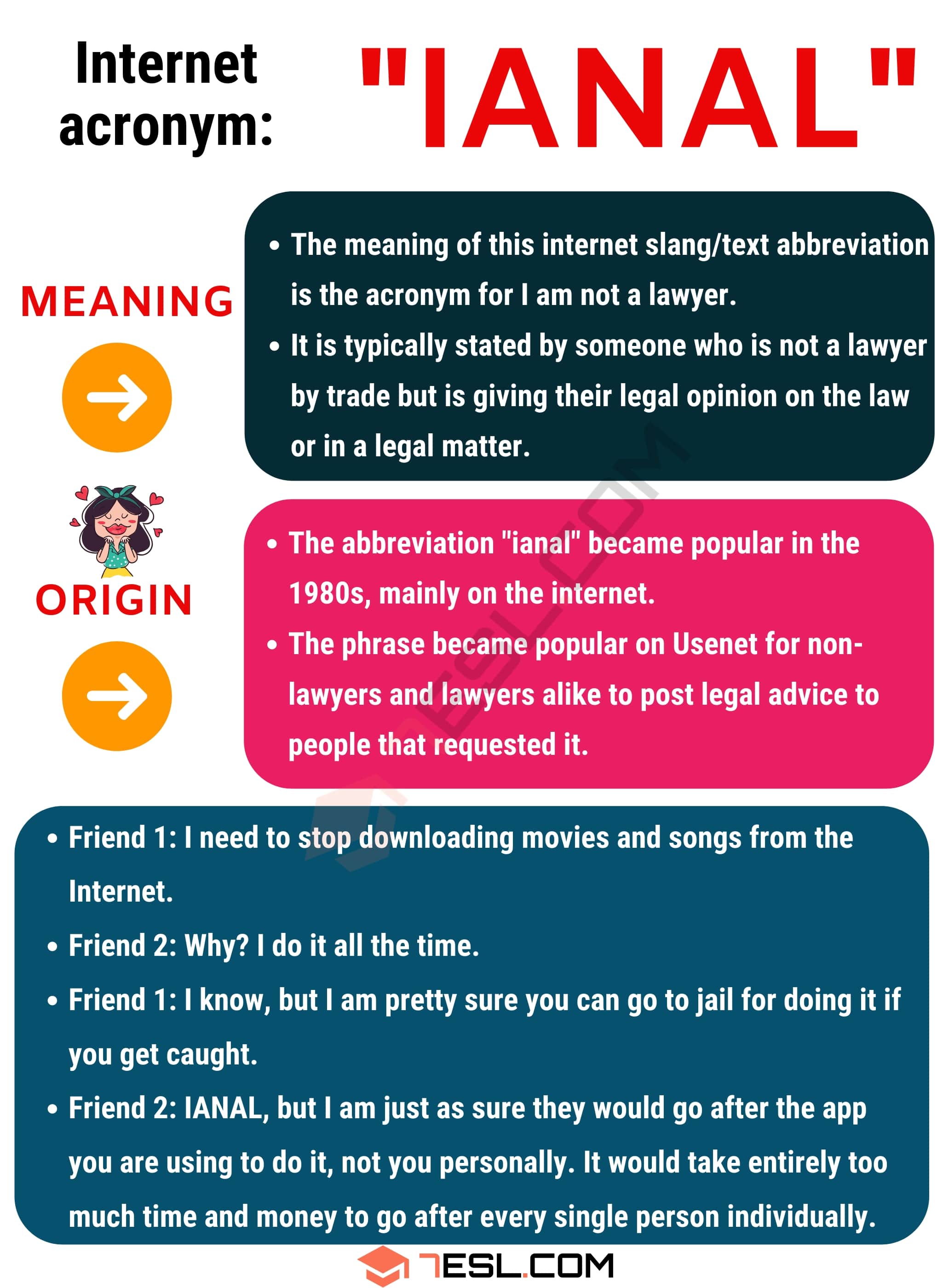