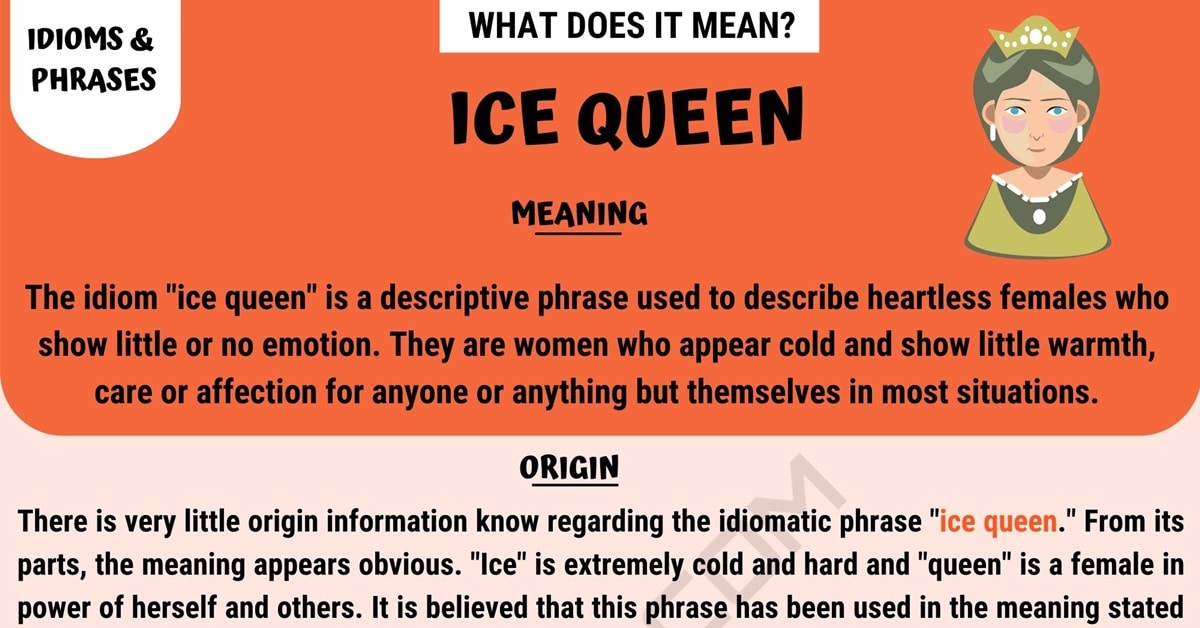 The phrase “ice queen” is a relative newcomer to the idiom game. However, its meaning is pretty simple to deduce from the two words that make up the phrase. If you are wondering what this phrase means, you have come to the right place. Here, you will not only find the meaning, but you will also find origin information, example sentences and conversations, and alternative words or phrases that you can use in place of the phrase “ice queen” that mean the same thing.

The idiom “ice queen” is a descriptive phrase used to describe heartless females who show little or no emotion. They are women who appear cold and show little warmth, care or affection for anyone or anything but themselves in most situations.

There is very little origin information know regarding the common idiomatic saying “ice queen.” From its parts, the meaning appears obvious. “Ice” is extremely cold and hard and “queen” is a female in power of herself and others. It is believed that this phrase has been used in the meaning stated above since the early 19th-century.

There are several words or phrases that you could use to replace the phrase “ice queen” and still relay the same message. Some of the alternatives you could use include: 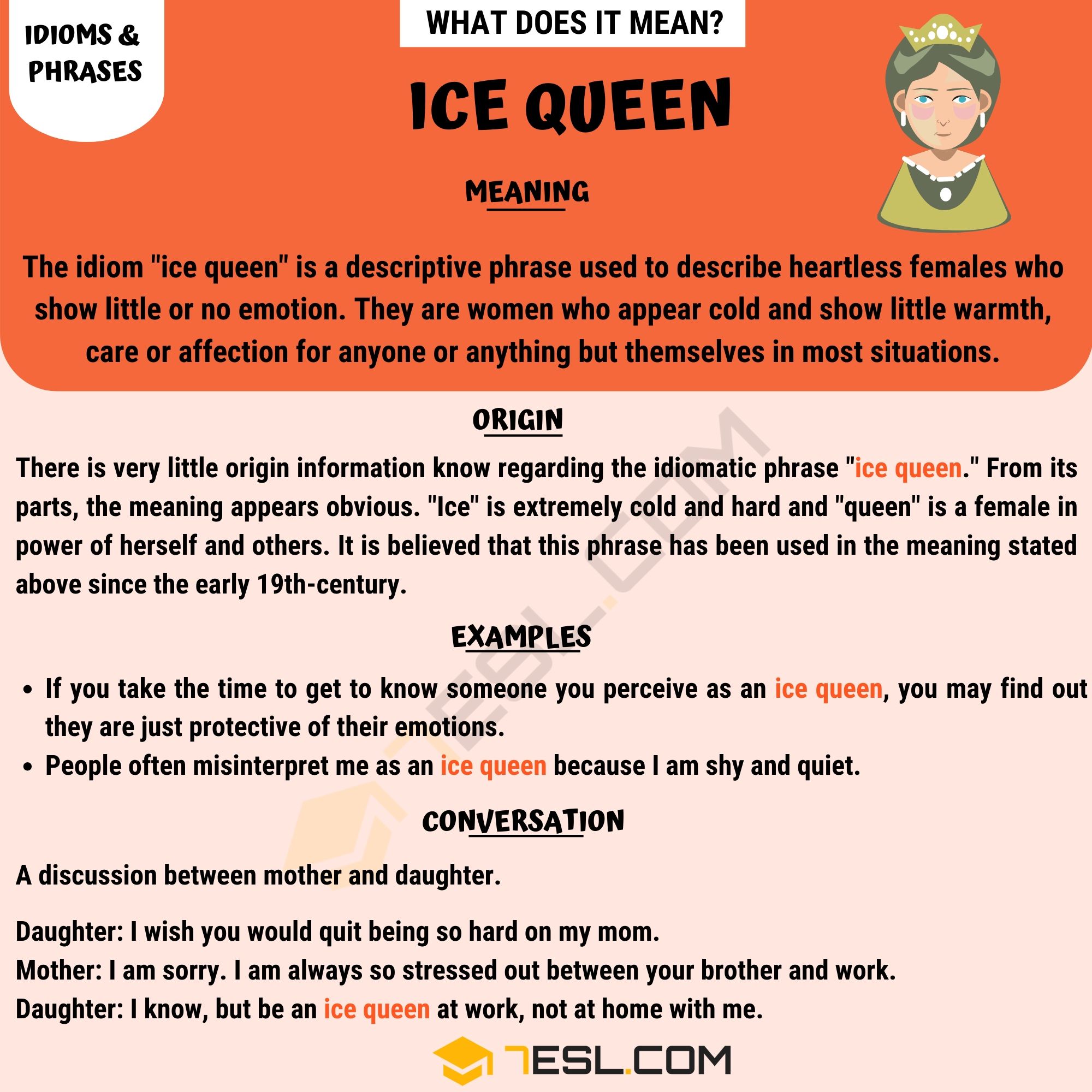