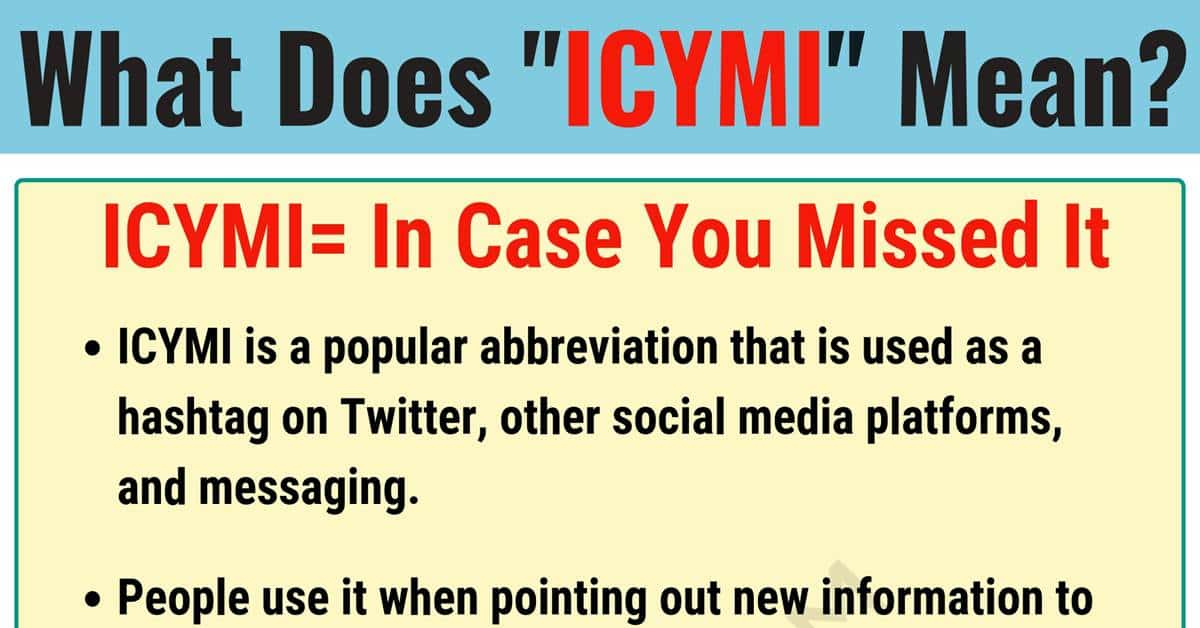 What does “ICYMI“ mean? Have you heard of this abbreviation? Learn the definition and usage of this popular internet slang term with ESL infographic and interesting text conversations in English.

What Does ICYMI Mean?

ICYMI stands for “in case you missed it”.

It’s a popular abbreviation that is used as a hashtag on Twitter, other social media platforms, and messaging. The long version of “ICYMI” is “in case you missed it.” People use it when pointing out new information to someone else or a group of people. It can mean that this information is widely known to others and the people you are sending it too might have missed it. It can also be something that isn’t widely known and might be interesting for the people you are sending it to.

“ICYMI” is a short expression that can give a lot of information quickly. Be sure to use it when you talk about something new or important that you want to share.

Another meaning is that the information accompanying “ICYMI” is BIG news. The use of this internet slang term goes back to 2006. This is also the year when Twitter started. Although this expression was more popular before, internet and social media users still use it today.

Following are some texting conversation examples. 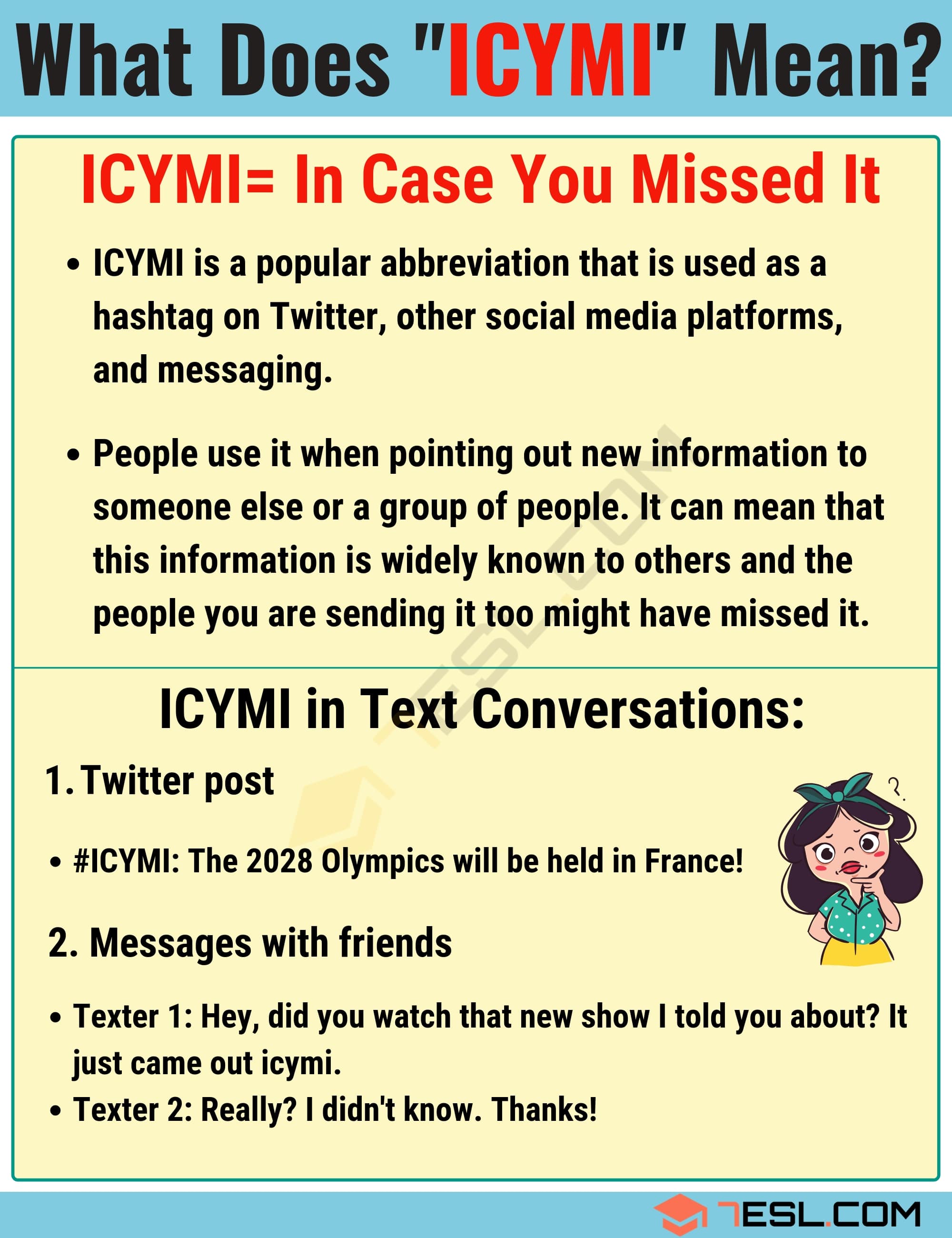 Other Ways to Say ICYMI 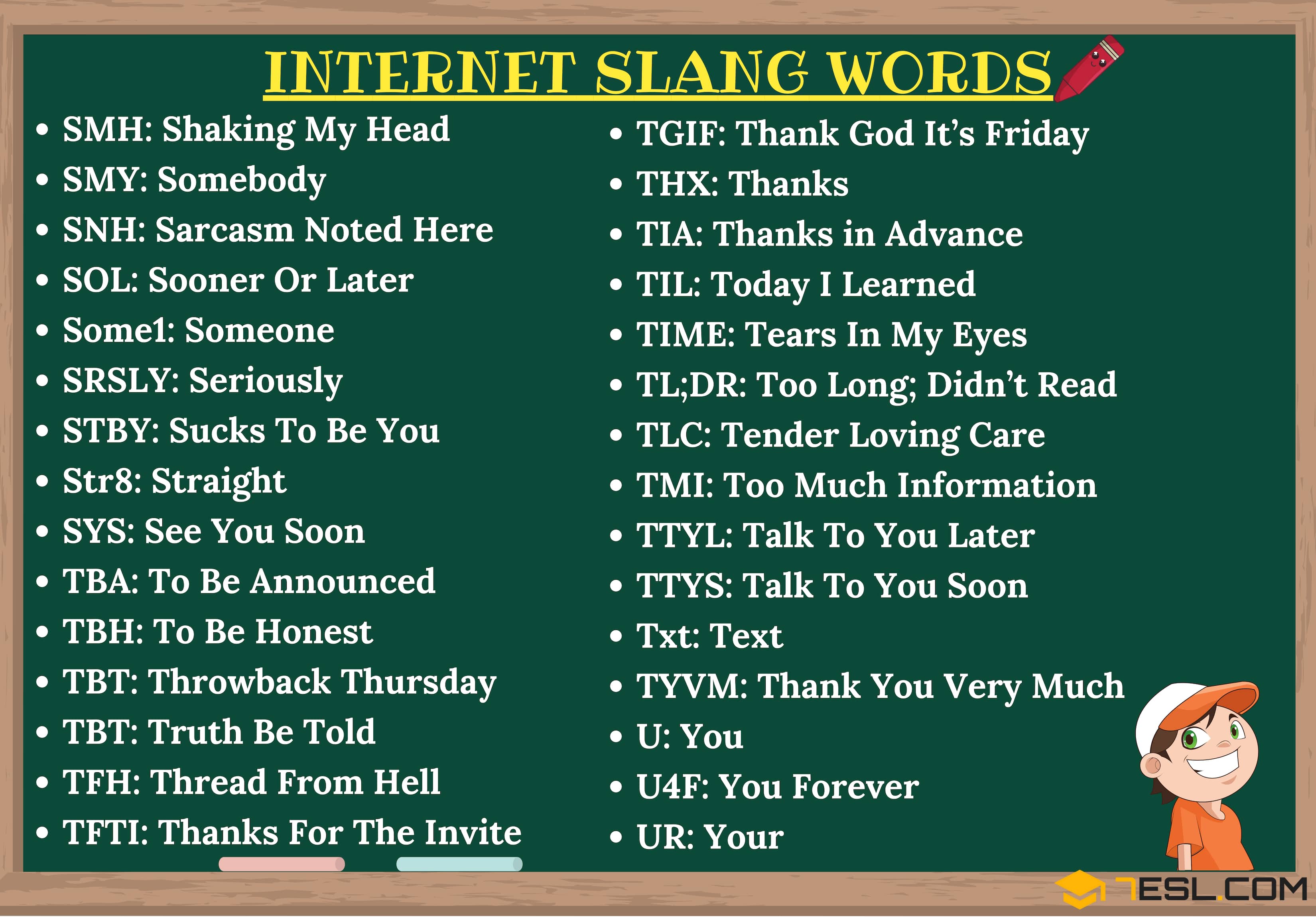