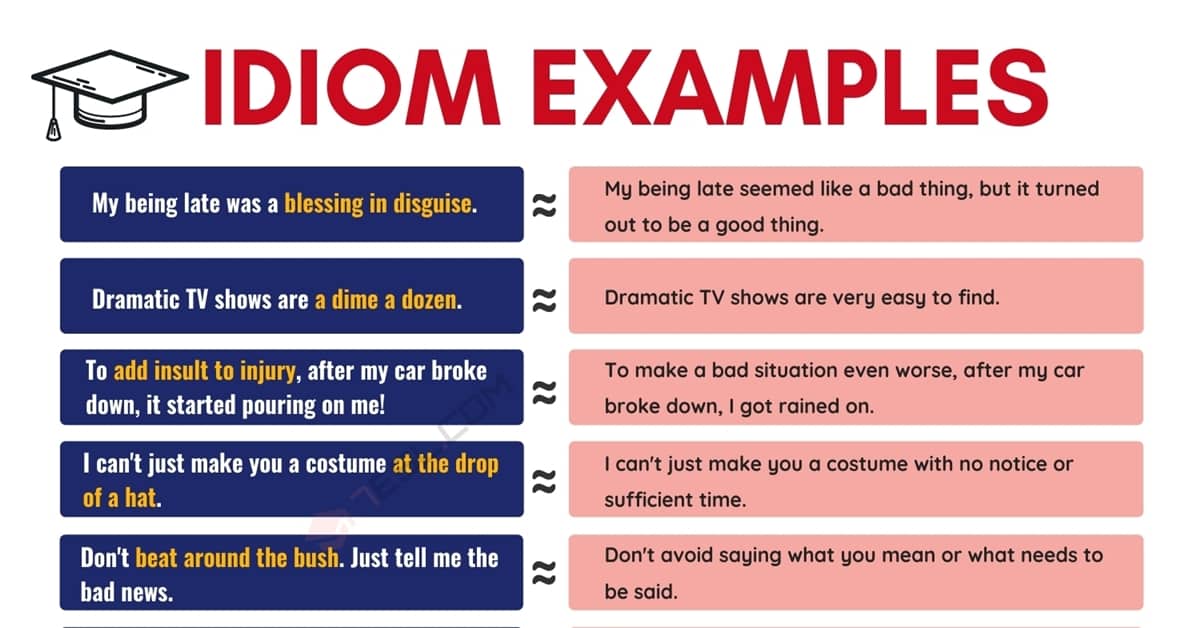 Are you searching for popular idiom examples in the English language? English can be pretty difficult to learn. Literal English is hard enough, but once idioms and other figurative language are included, it can seem downright impossible. Luckily, there are guides like this one to help! Following are some idiom examples with their meanings you can use in your daily conversation. Let’s get the ball rolling!

What is an Idiom?

An idiom is a phrase that generally has little or nothing to do with the words that are in the phrase. For example, “raining cats and dogs” has nothing to do with either cats or dogs. There are many, many different idioms, but we’re going to focus on some of the more common ones used in the English language.

The following are examples of common idioms. They are formatted with an example of the idiom being used in a sentence followed by a translation of the sentence into more literal and simple English. Feel free to refer to this list as often as necessary! 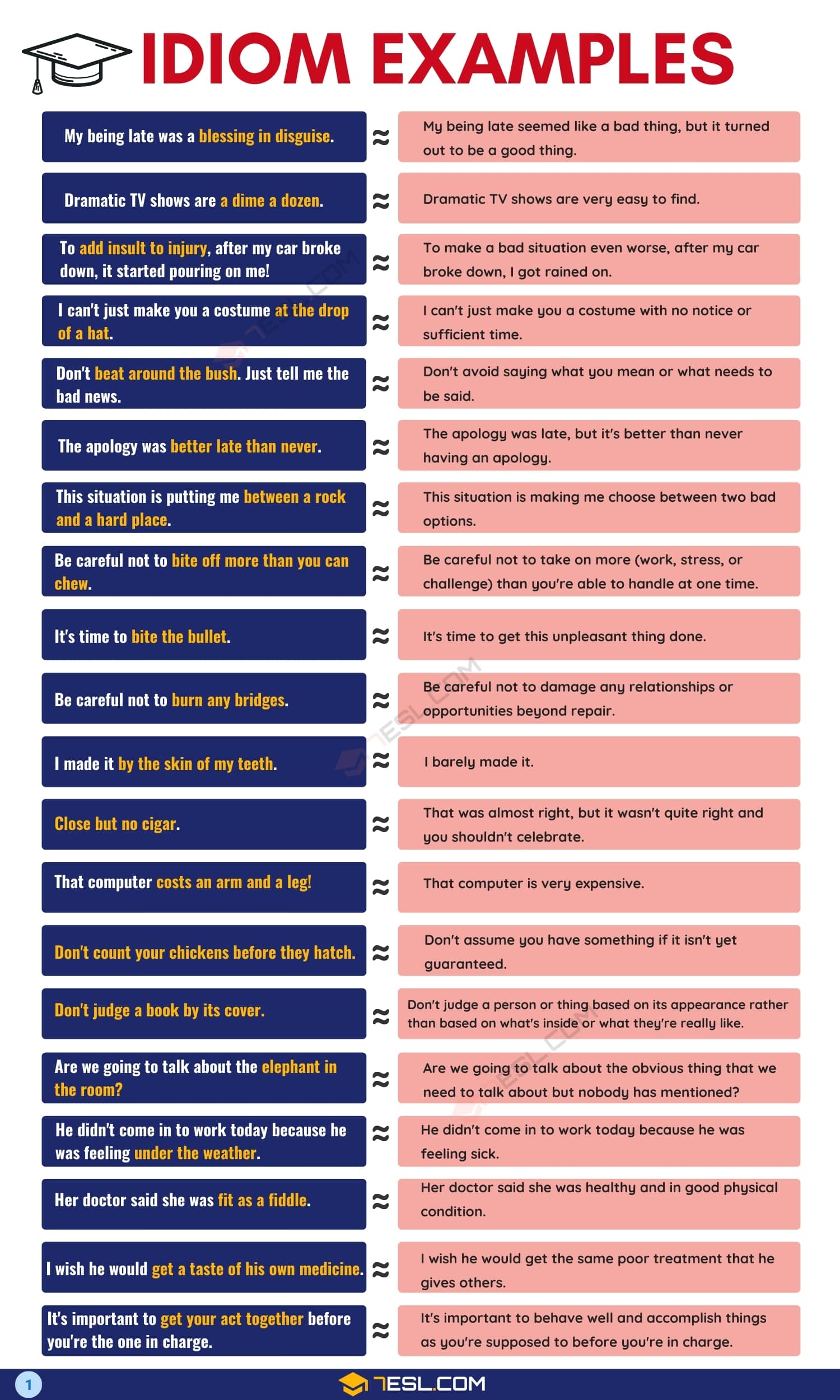 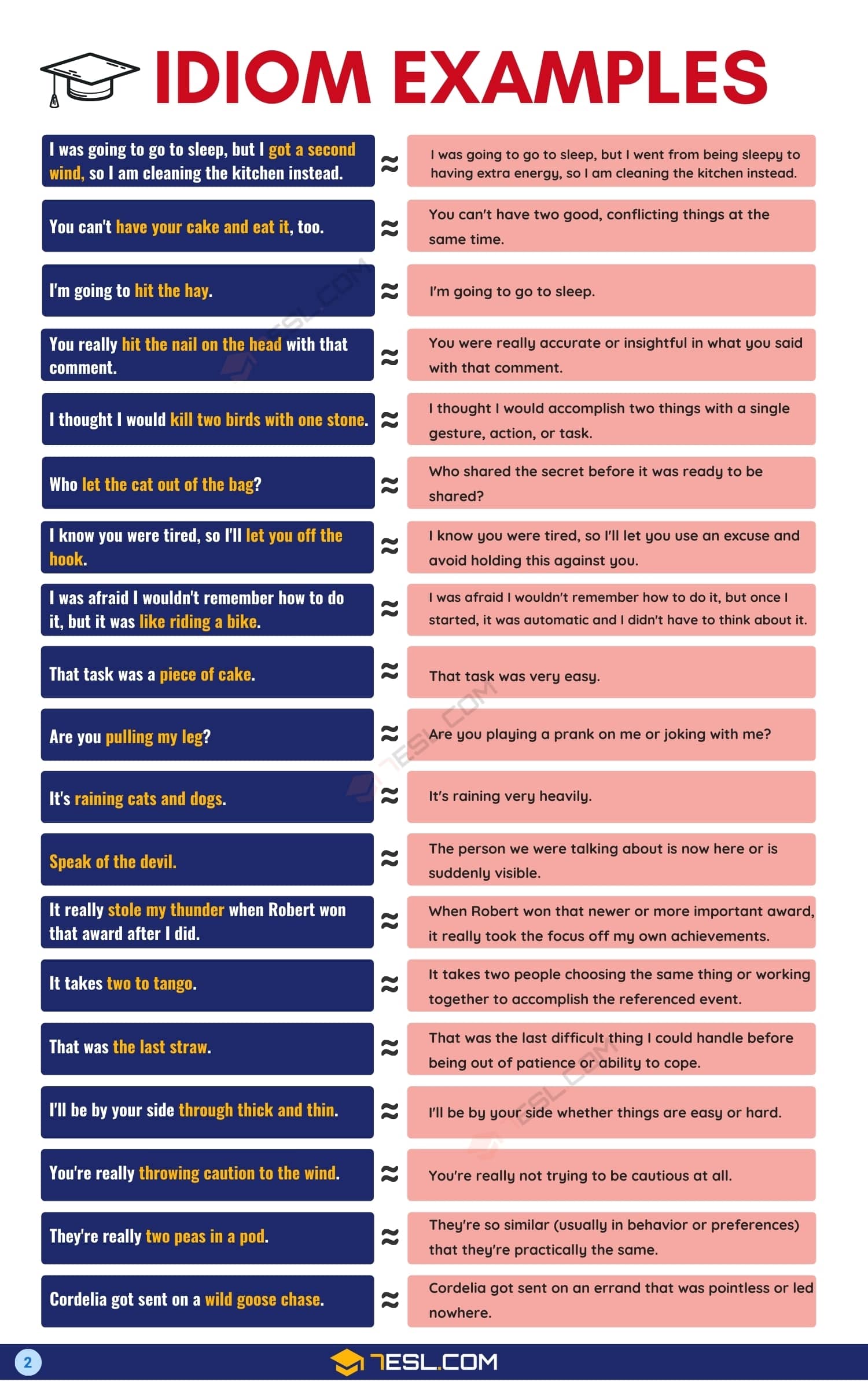