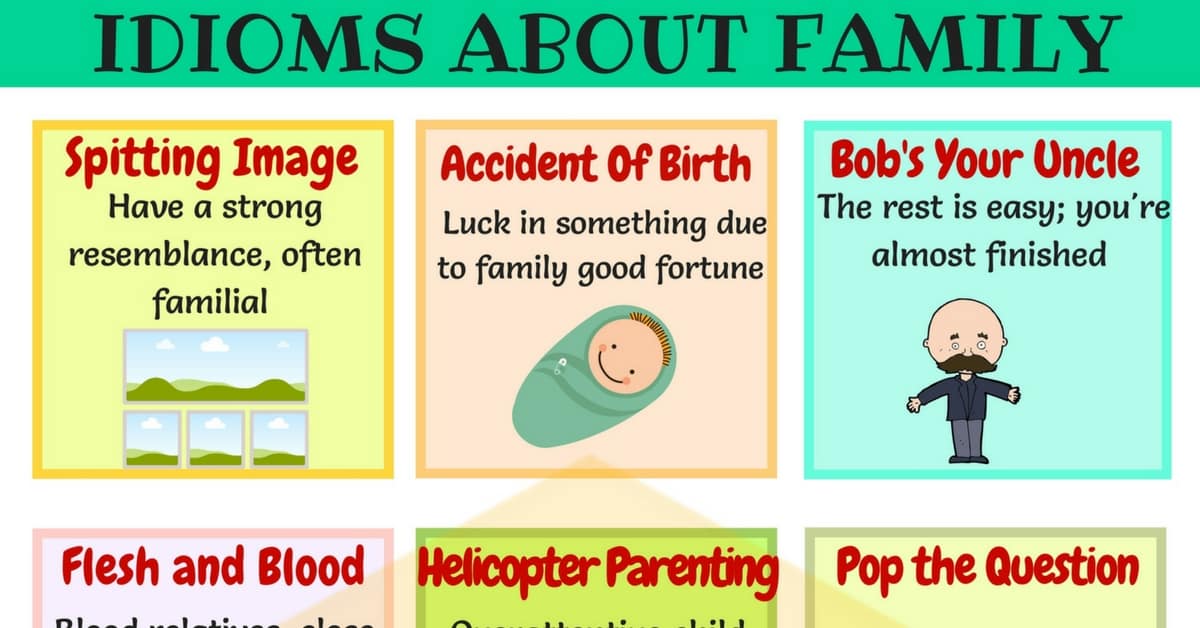 Family Idioms & Sayings! Learn frequently used phrases and idioms about Family with meaning, ESL worksheet and example sentences. Learn these family sayings and idioms to increase your vocabulary and improve your fluency in English.

Family Idioms with Meaning and Examples

(Be the) Spitting Image

(Born) Out of Wedlock

My Old Man, My Old Lady

Run in the Family

Spare The Rod And Spoil The Child

Throw the Baby Out with the Bath Water

List of useful baby idioms in English with meaning. 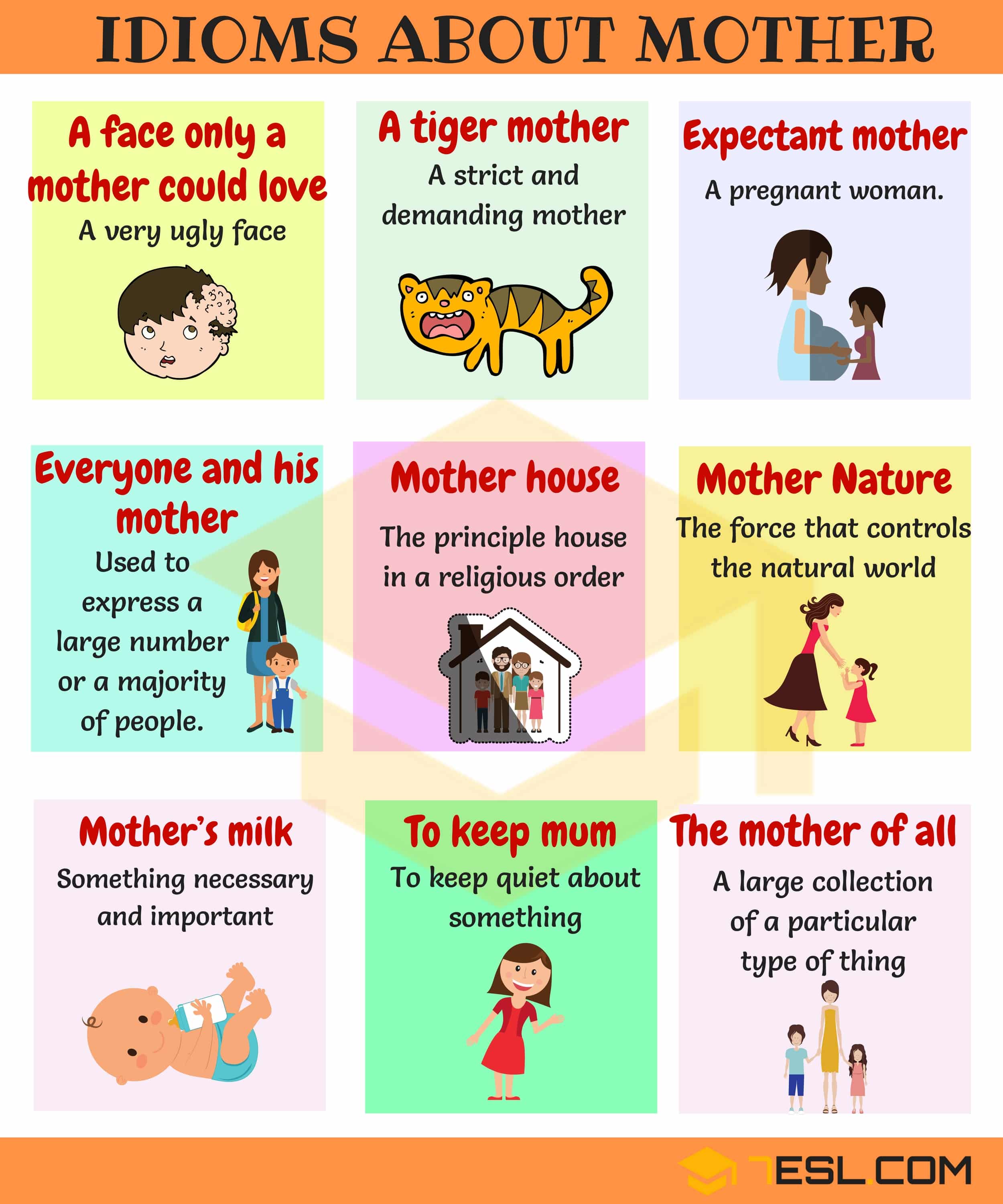 List of useful mother idioms in English with meaning.

Useful idioms about Family in English 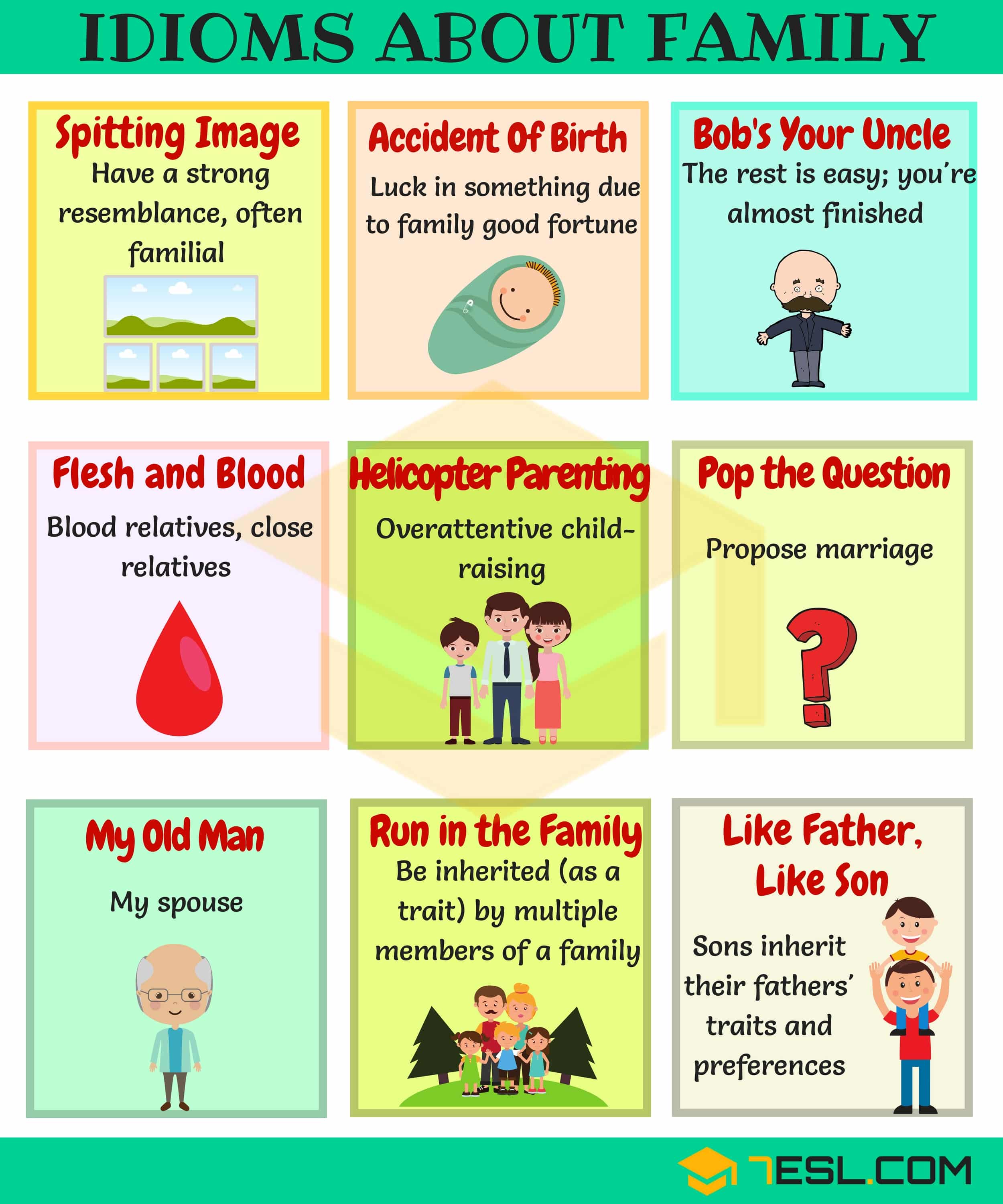 It’s very interesting website and it’s very important for me and others .there are vocabulary ,grammer,information and expression that makes 7ESL more intersting .keep it up

I want Bob to be my uncle