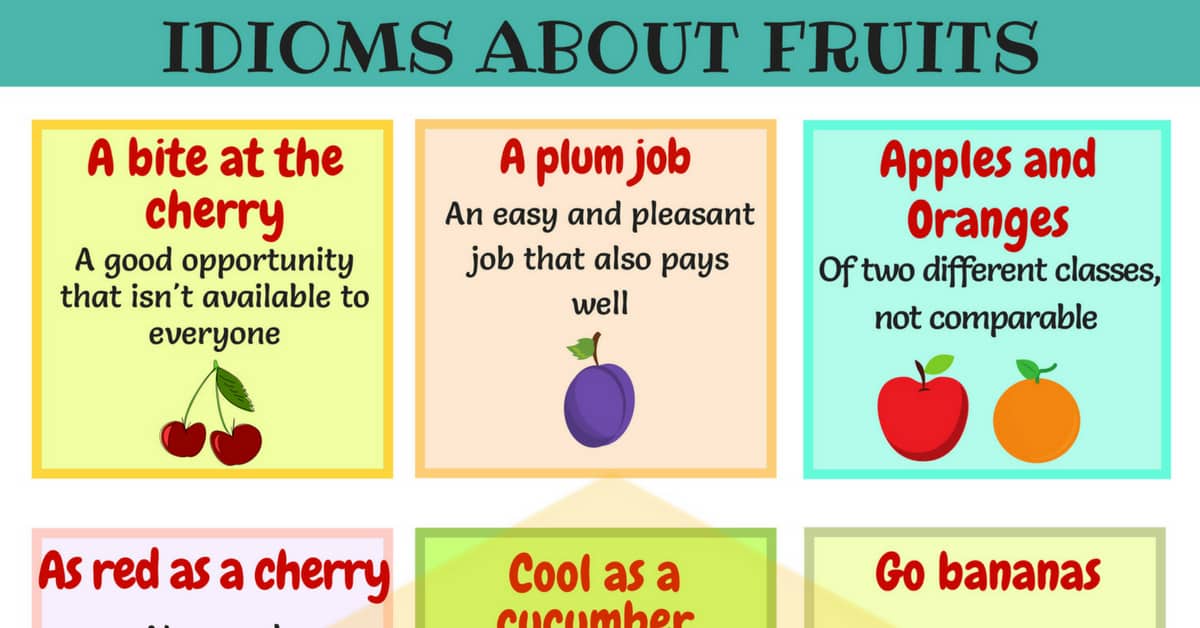 Fruit Idioms with Meaning and Examples

A bite at the cherry

As red as a cherry

The cherry on the cake

A second bite at the cherry

Life is a bowl of cherries

Useful Idioms about Fruits in English 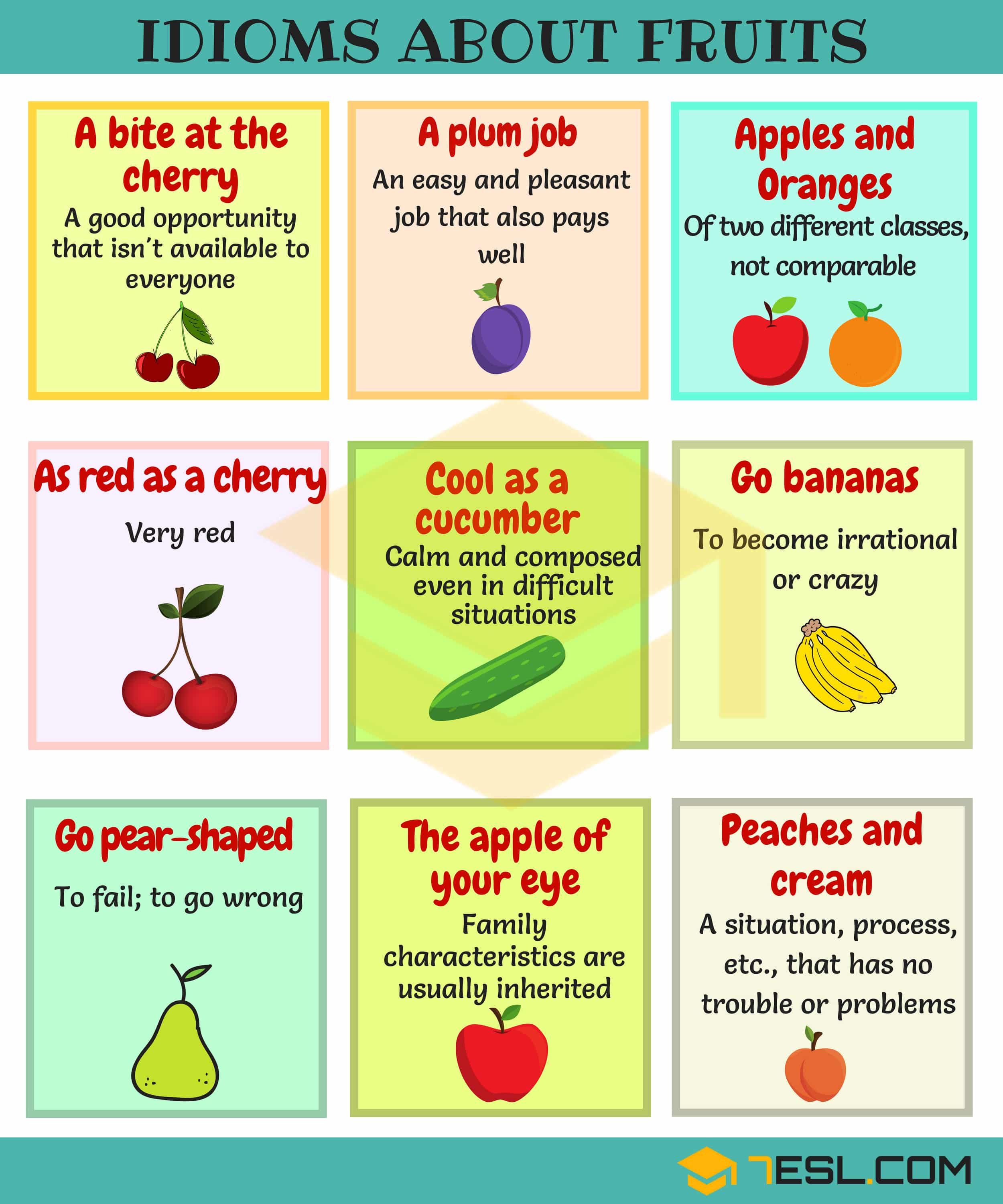 Note: This is generally used with a form of “compare.”

As American as apple pie

The apple never falls far from the tree

Speak with a plum in (one’s) mouth

To be a peach

Other Idioms about Fruits

Cool as a cucumber

Not give a fig 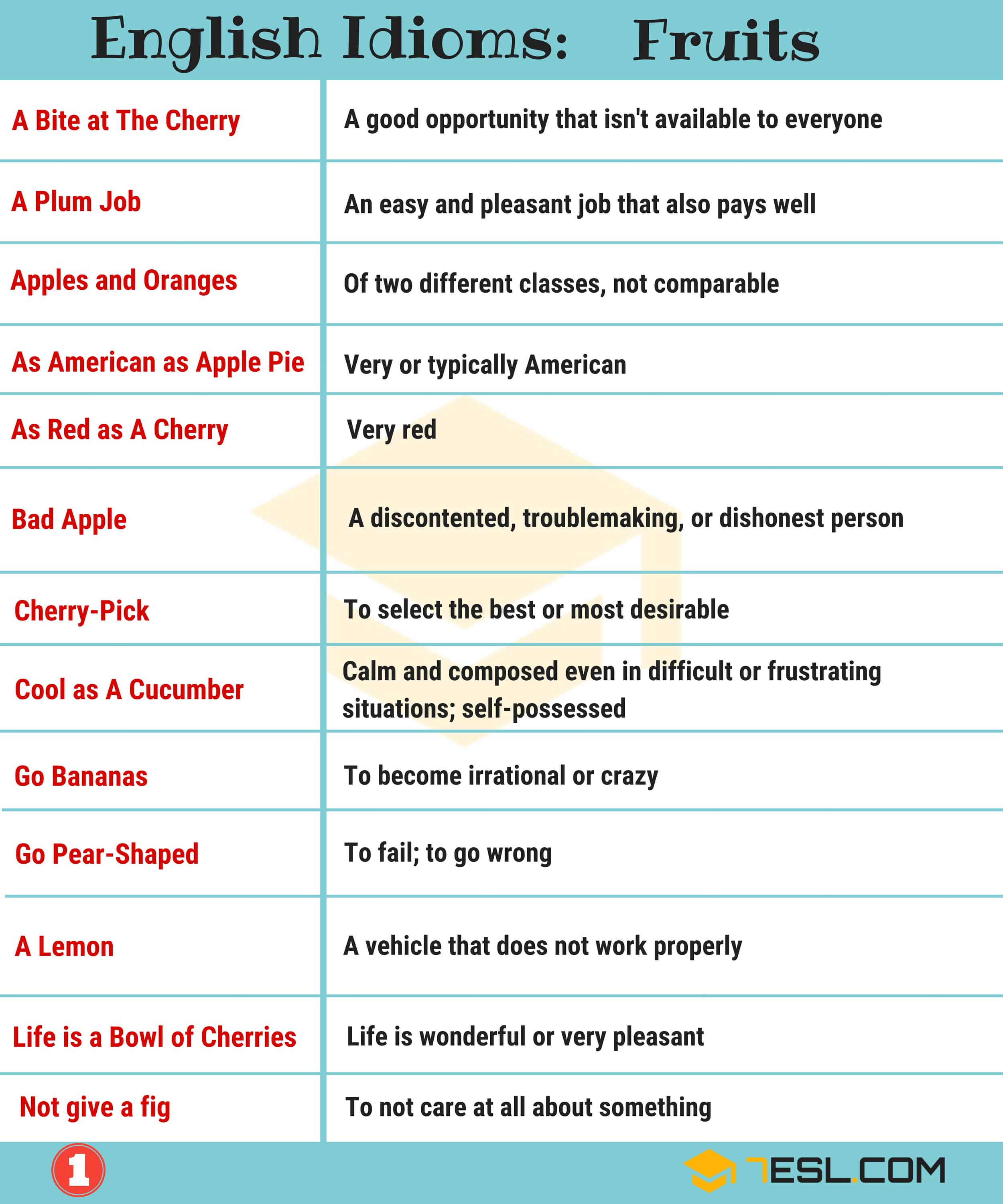 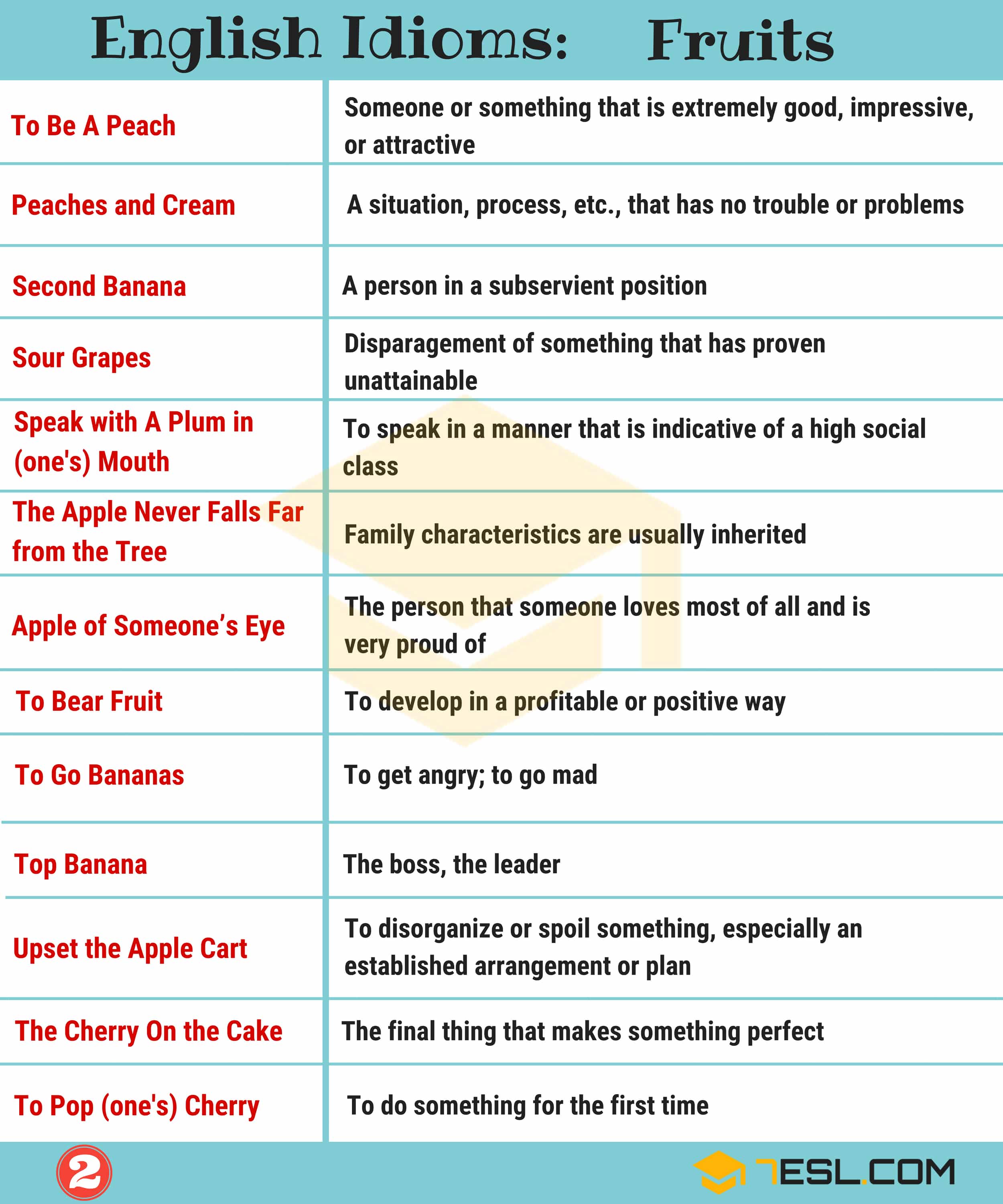 hi,i am from singapore secondary 1 student,where are you from.

i love this phrases.

The plural of ‘fruit’ is ‘fruit’ guys, not ‘fruits’. I know the word Fruit is a noun. The word is an exception where the noun is both countable and uncountable, but nobody outside of the USA says “fruits”

Great images and colorful worksheets. Thanks a lot. Love it!

hello, i’m from vietnam, i like these phrases very much, thanks for the page