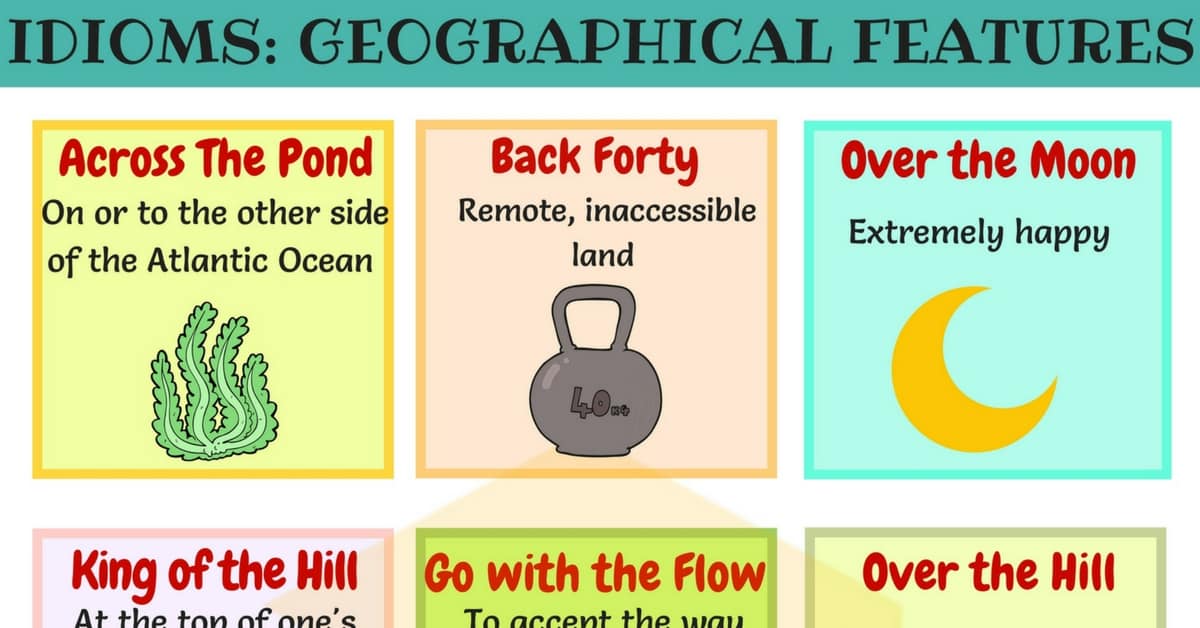 Geographical Idioms with Meaning and Examples

Note: This is a proverb.

Note: Generally refers to the UK and the USA.

Note: This idiom is American.

Between a Rock and a Hard Place

Between the Devil and the Deep Blue Sea

Note: Between a rock and a hard place” is more common in the USA.

Go with the Flow

King of the Hill

Living Under a Rock

Make a Mountain out of a Molehill

Note: This idiom is North American.

Out in the Sticks

Note: This is rather old-fashioned.

Set the Thames on Fire

Swim Against the Tide

The Coast Is Clear

Tip of the Iceberg

Too Busy Fighting Alligators to Drain the Swamp

Note: Commonly this is given in the form: “When you’re up to your ass in alligators, it does no good to remember that you should have drained the swamp.

Note: Up shit creek is obscene.

Water Under the Bridge 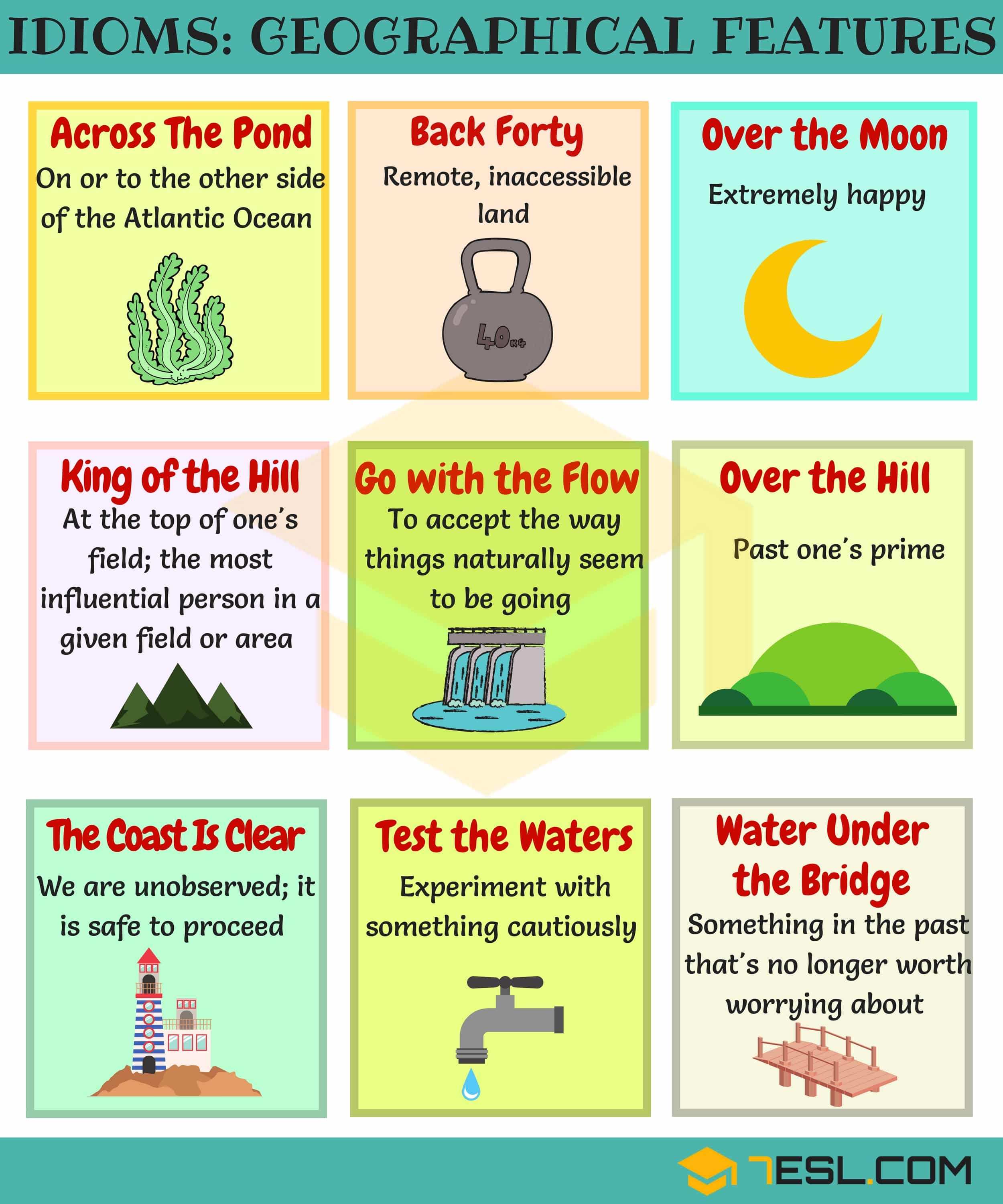