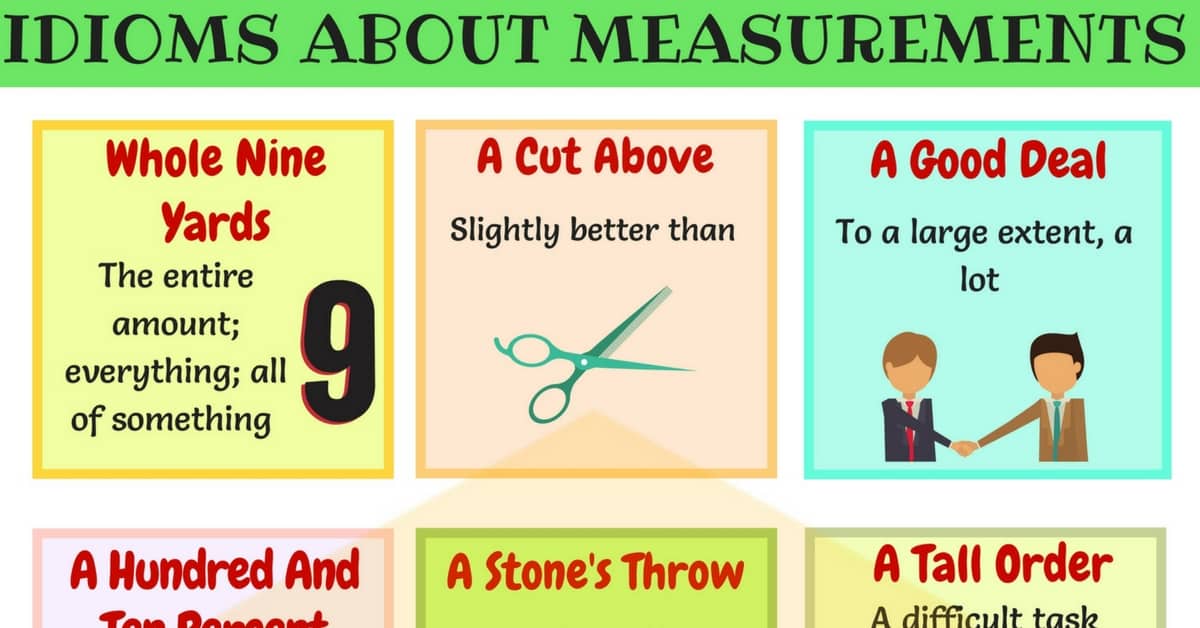 Measurement Idioms and Expressions! Learn useful sayings and idioms about measurement in English with meaning, ESL picture and example sentences.

Measurement Idioms with Meaning and Examples

Note: There is much debate over the origin of this idiom; no one really knows where it came from.

A Hundred And Ten Percent

Note: Often used with “give,” as in the example.

Along The Lines Of

I’ve Had It Up to Here

Note: “On the nose” is also used in North America.

Useful Idioms about Measurement in English 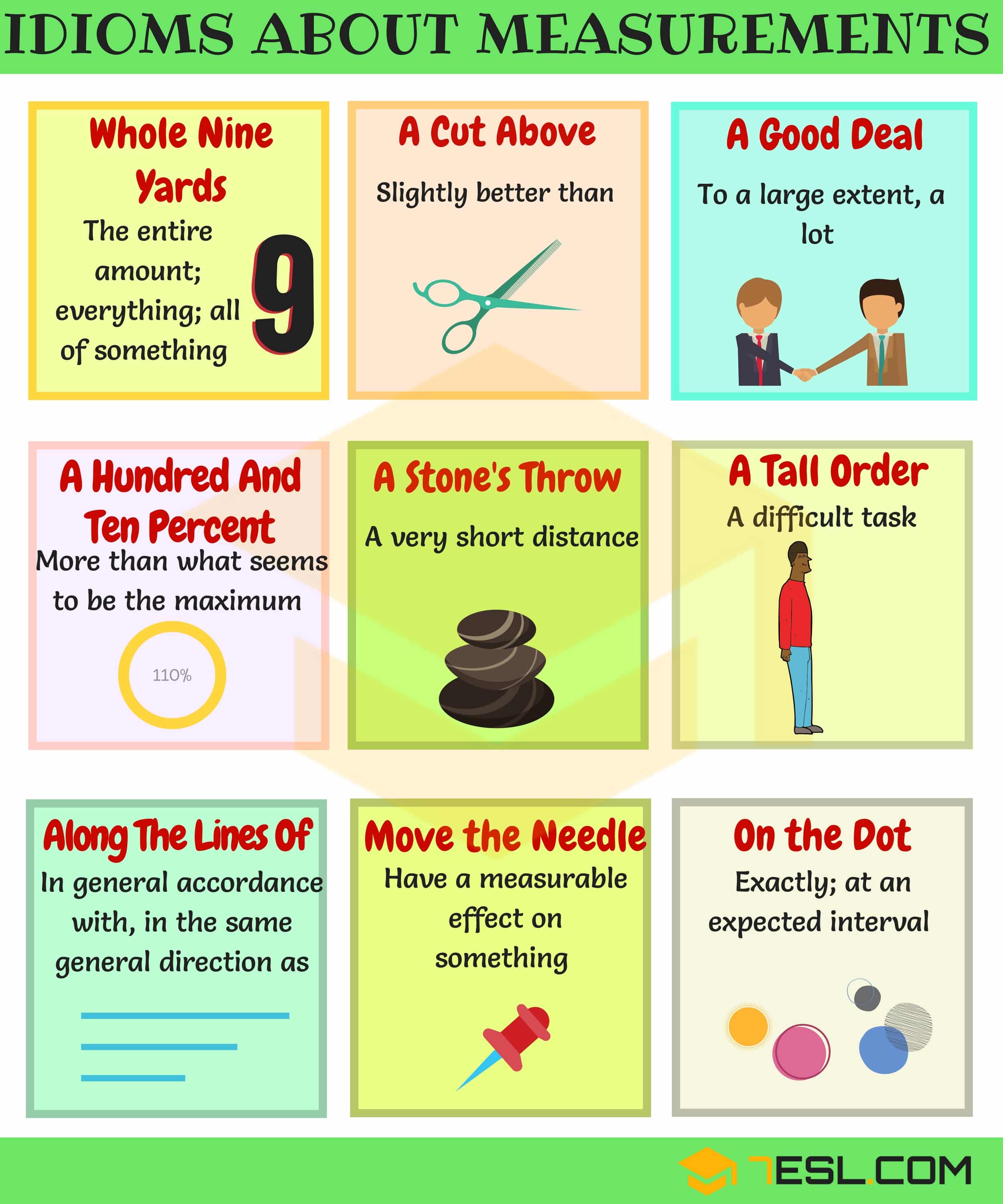 (15+Useful Idioms about Measurement in English)

I love idioms because they give exactness to the language. Without idioms one may sound awkward. I appreciate your job, and love your job more than words can show. Go on posting idioms for the benefit of all.