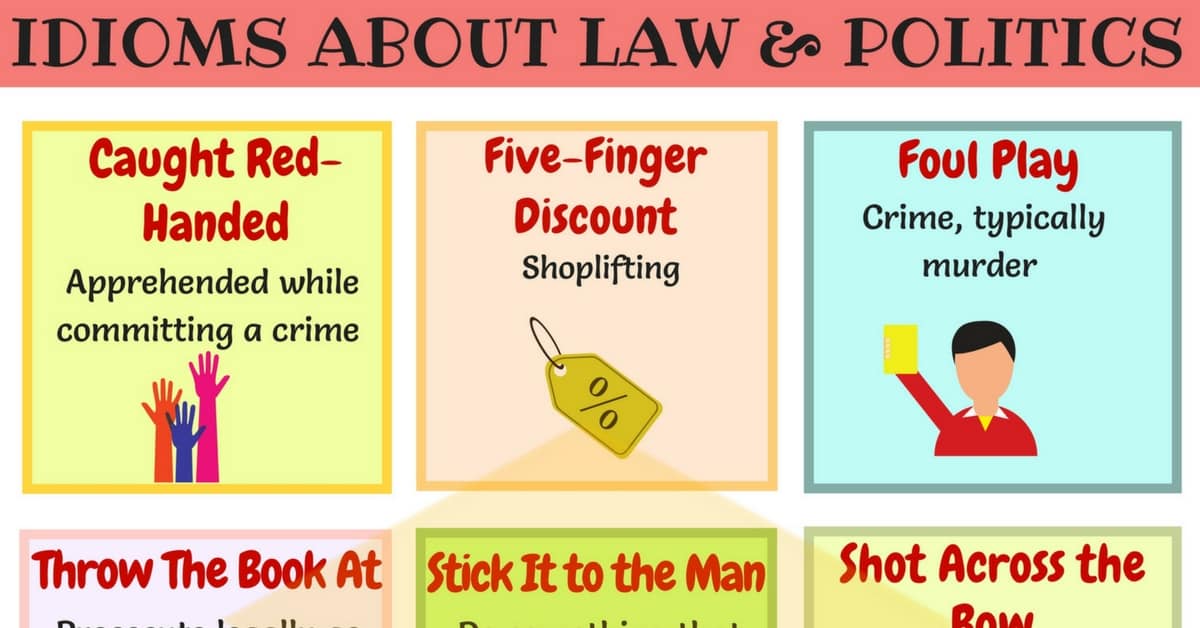 Throw The Book At

Note: Both these expressions are less common now than formerly.

Expressions and Idioms about POLITICS

Stick It to the Man

Sayings and Idioms about WAR

Phrases and idioms about war in English.

Shot Across the Bow

Note: The idiom comes from naval combat; the bow (rhymes with cow) is the front part of a ship, so a shot fired across the bow is a warning not to continue farther. 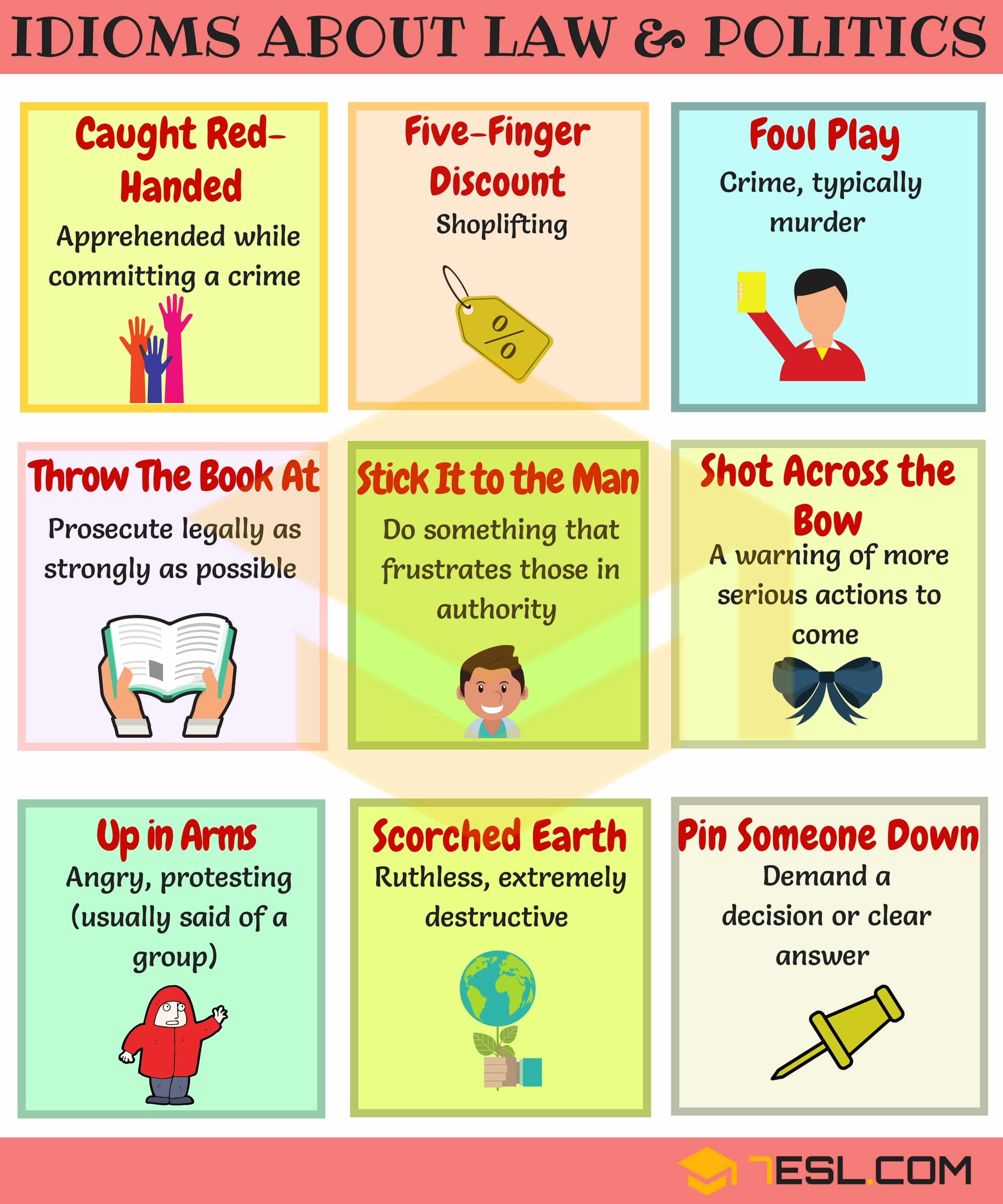