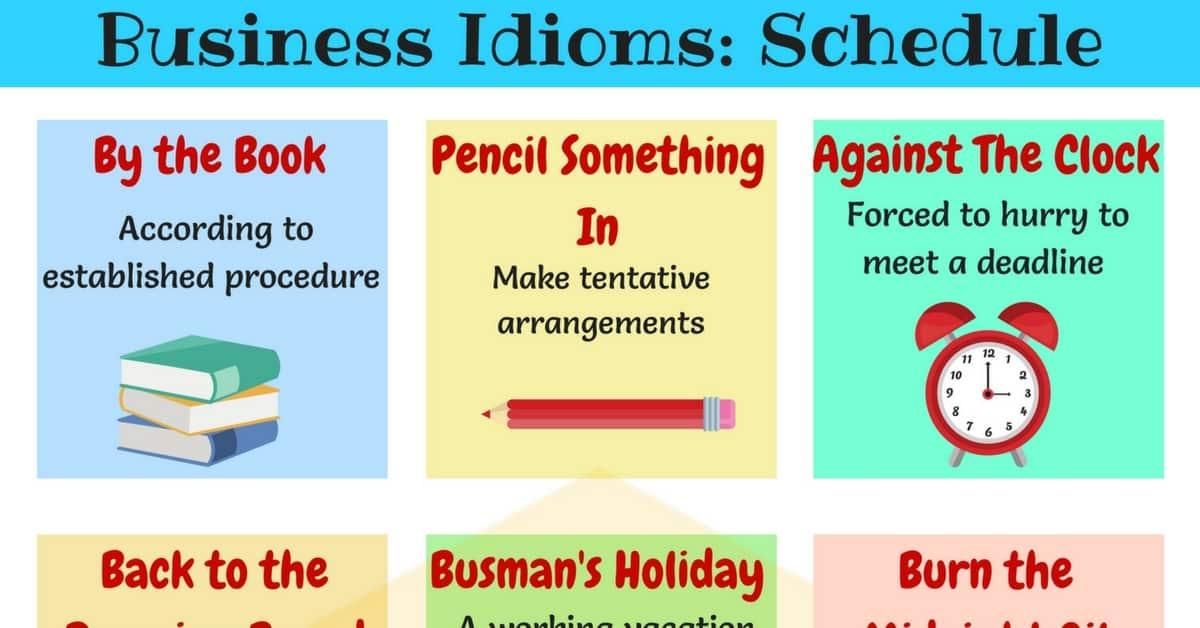 Expressions & Idioms about Schedules! Learn common idioms about schedules and planning in English with meaning, ESL picture and examples.

(Do Something) By the Book

(In the) Fullness of Time

Note: Generally “race against the clock.”

Ahead Of The Game

Back to the Drawing Board

Note: This is similar to “back to square one,” but is more likely to be used as an exclamation.

Back to the Salt Mines

Burn the Candle at Both Ends

Call It a Day

Note: This is occasionally heard in the USA.

Kick the Can Down the Road

You Snooze, You Lose

Phrases & Idioms about Schedules and Planning 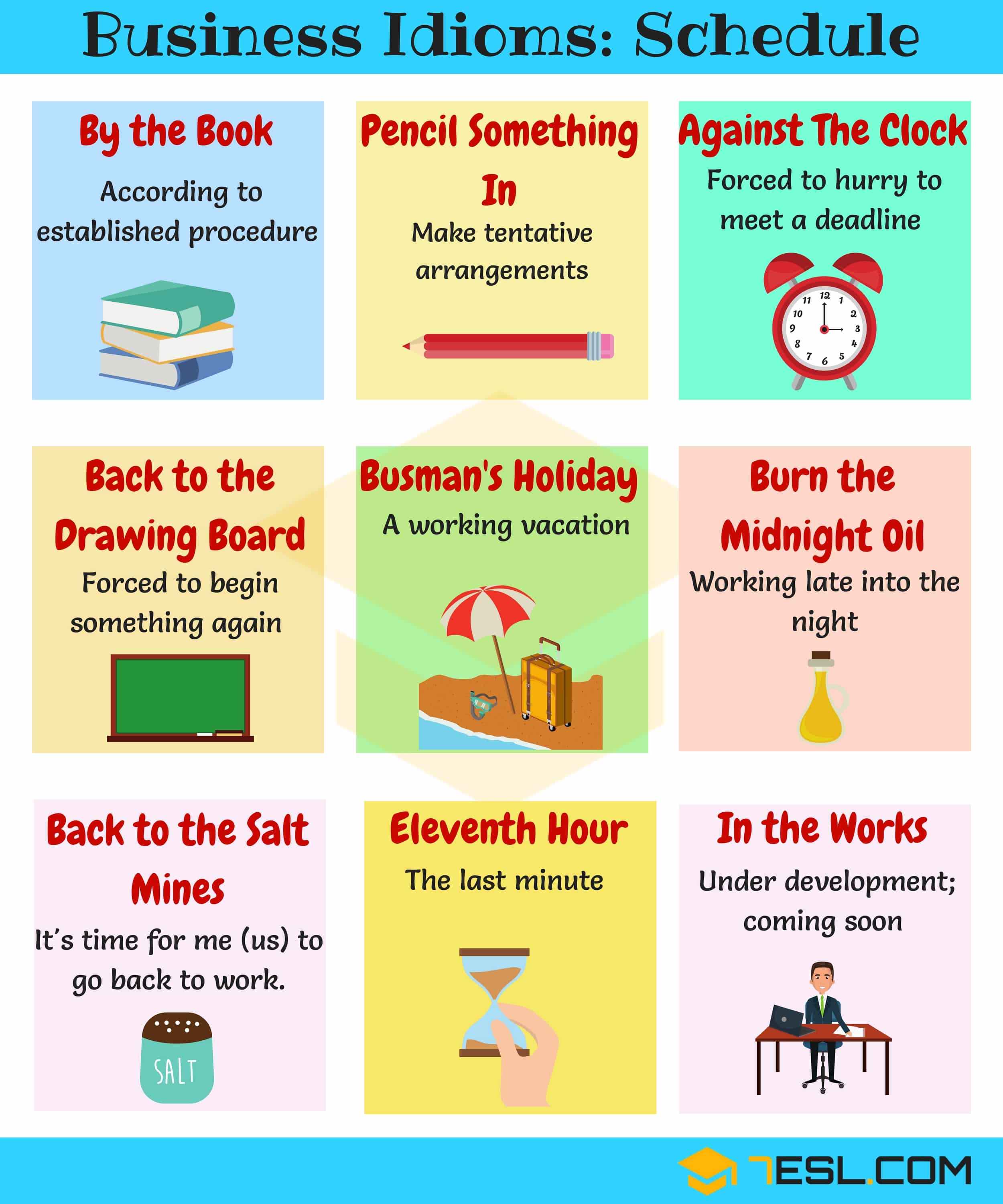 I’m delighted to find your page , I just reviewed phrases/idioms for schedules and planning. Very cool you had the meanings and examples below the list. Thanks a a lot!