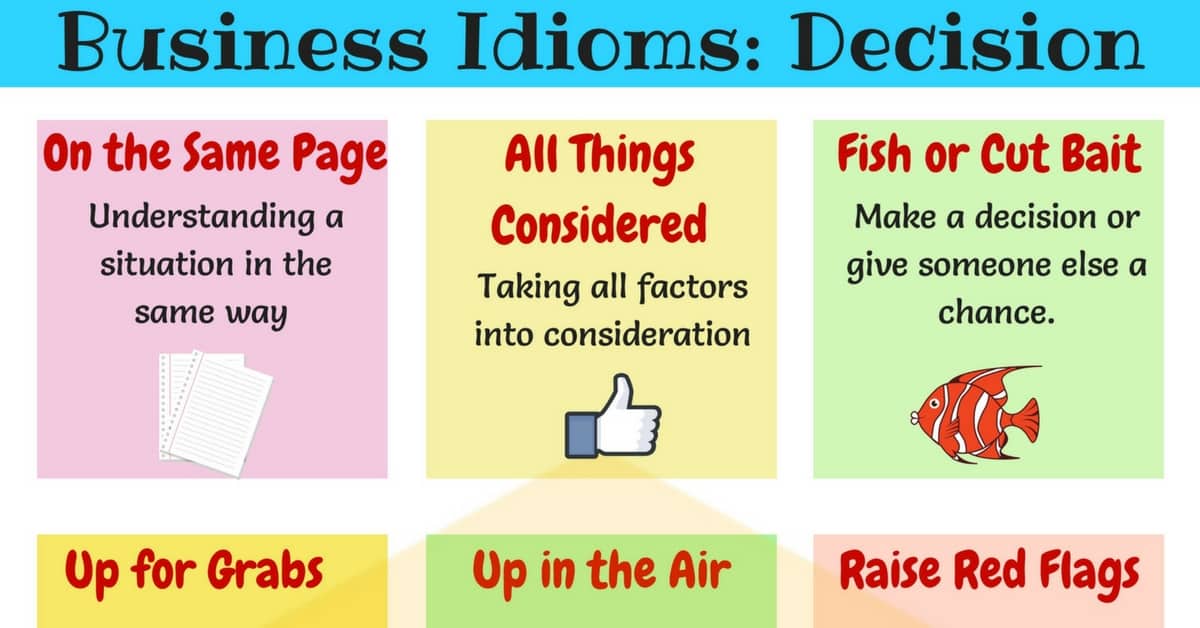 (Give Someone) Carte Blanche

All Things Being Equal

Up in the Air

Take It or Leave It (command)

Out of the Loop

On the Same Page

Note: This is occasionally used the USA.

Note: An obscene variation is “shit or get off the pot.”

Useful Business Phrases and Idioms for Making Decisions in English 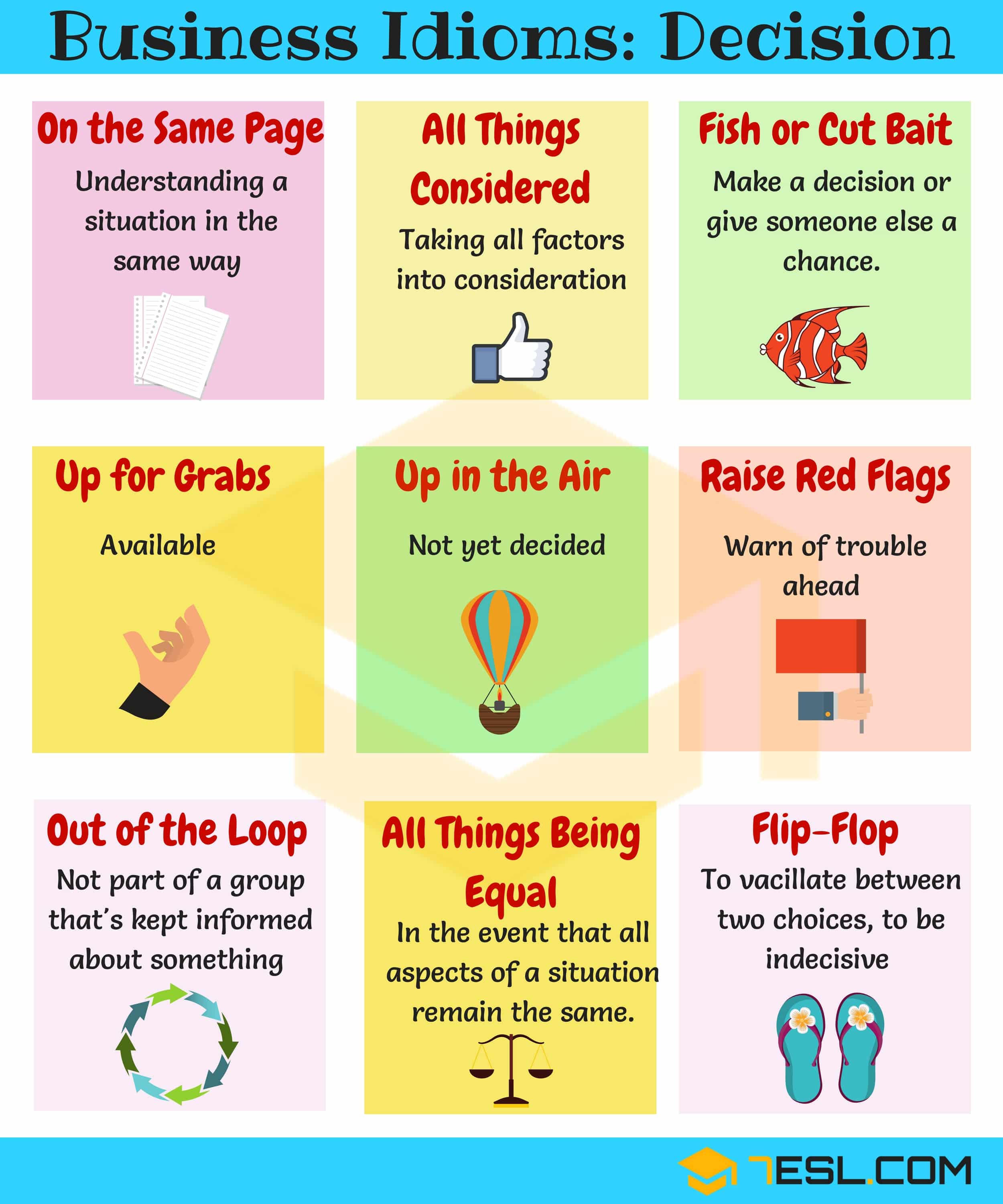 they have been helpful and the website is great