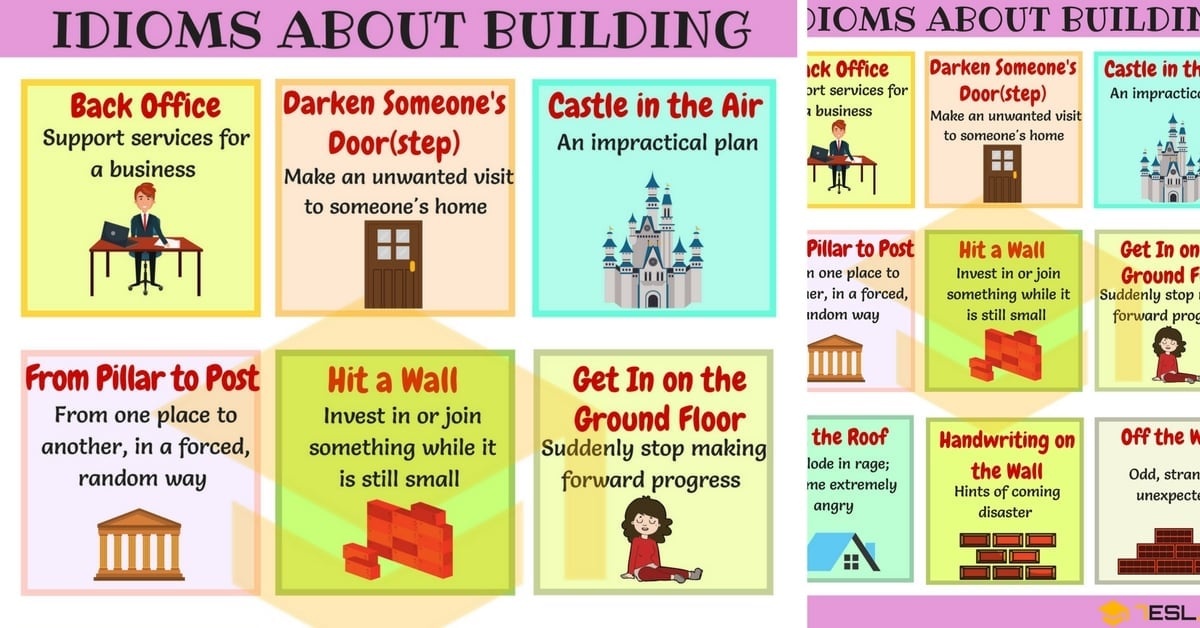 Building Idioms with Meaning and Examples

Castle in the Air

Note: This expression has a melodramatic flavor, and it’s less common in the USA but certainly understood.

Get In on the Ground Floor

Note: This may be used even when there is no window involved.

Writing (Handwriting) on the Wall

Note: This is of biblical origin. 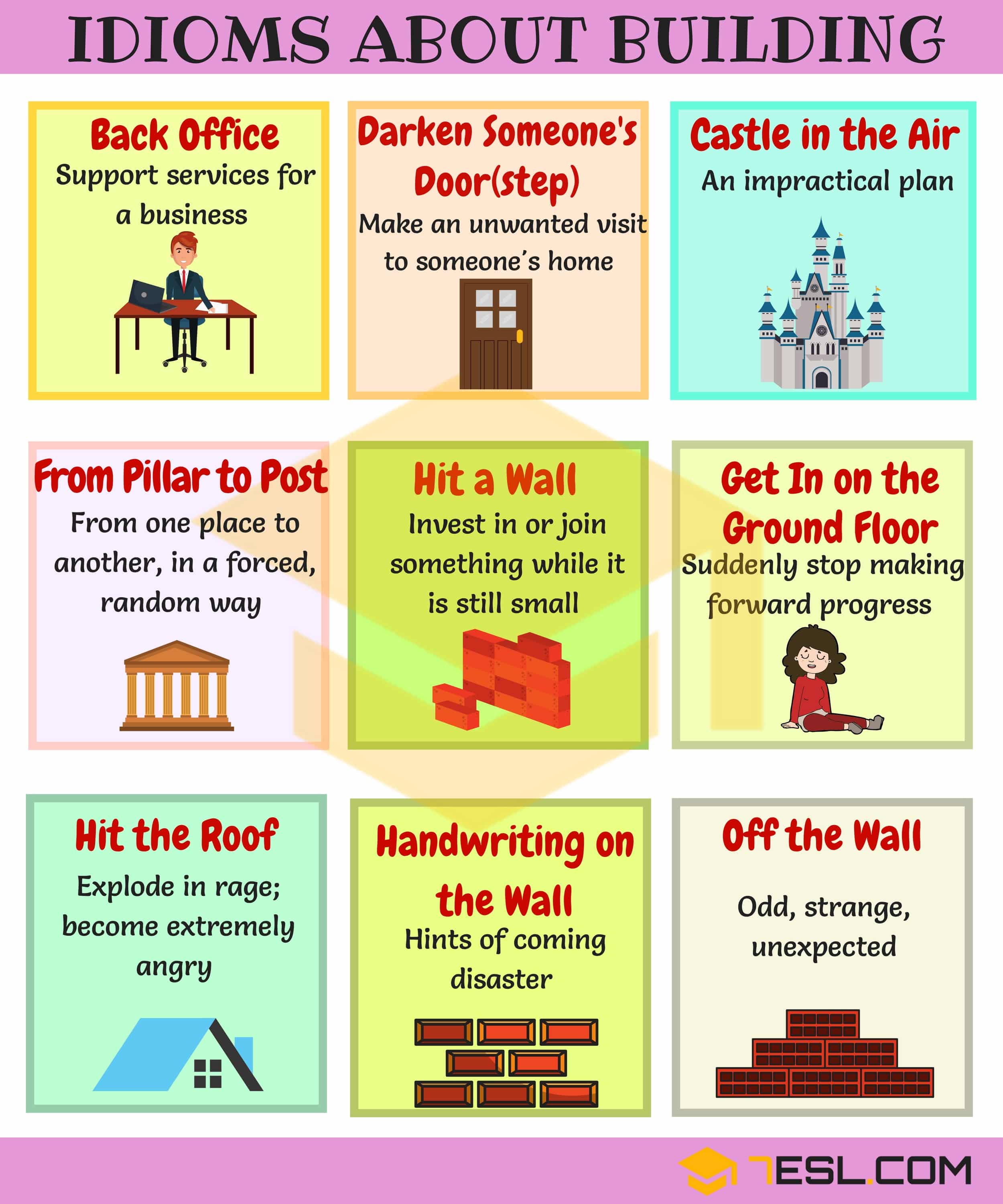 Thanks, we loved it. It helped us a lot.

In the pictures above, you should swap the explanation of “Hit a wall” and “Get in on the ground floor”. All in all, really useful information.