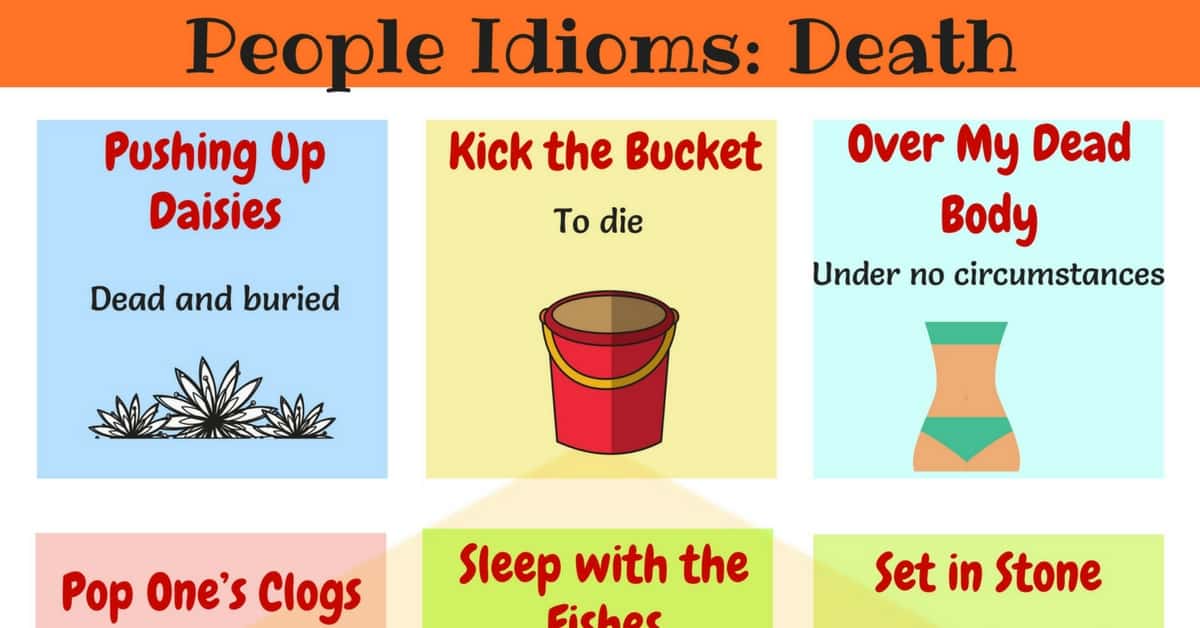 Death Idioms and Sayings! List of common expressions, sayings and idioms related to death in English with meaning, ESL picture and example sentences.

Death Idioms with Meaning and Examples

Note: This is rom Shakespeare’s “The Tempest.” By now, it’s rather old-fashioned and poetic.

Over My Dead Body

Note: This is usually used in the negative, as in the example.

Sleep with the Fishes

Swim with the Fishes

Whistle Past the Graveyard

Your Number Is Up 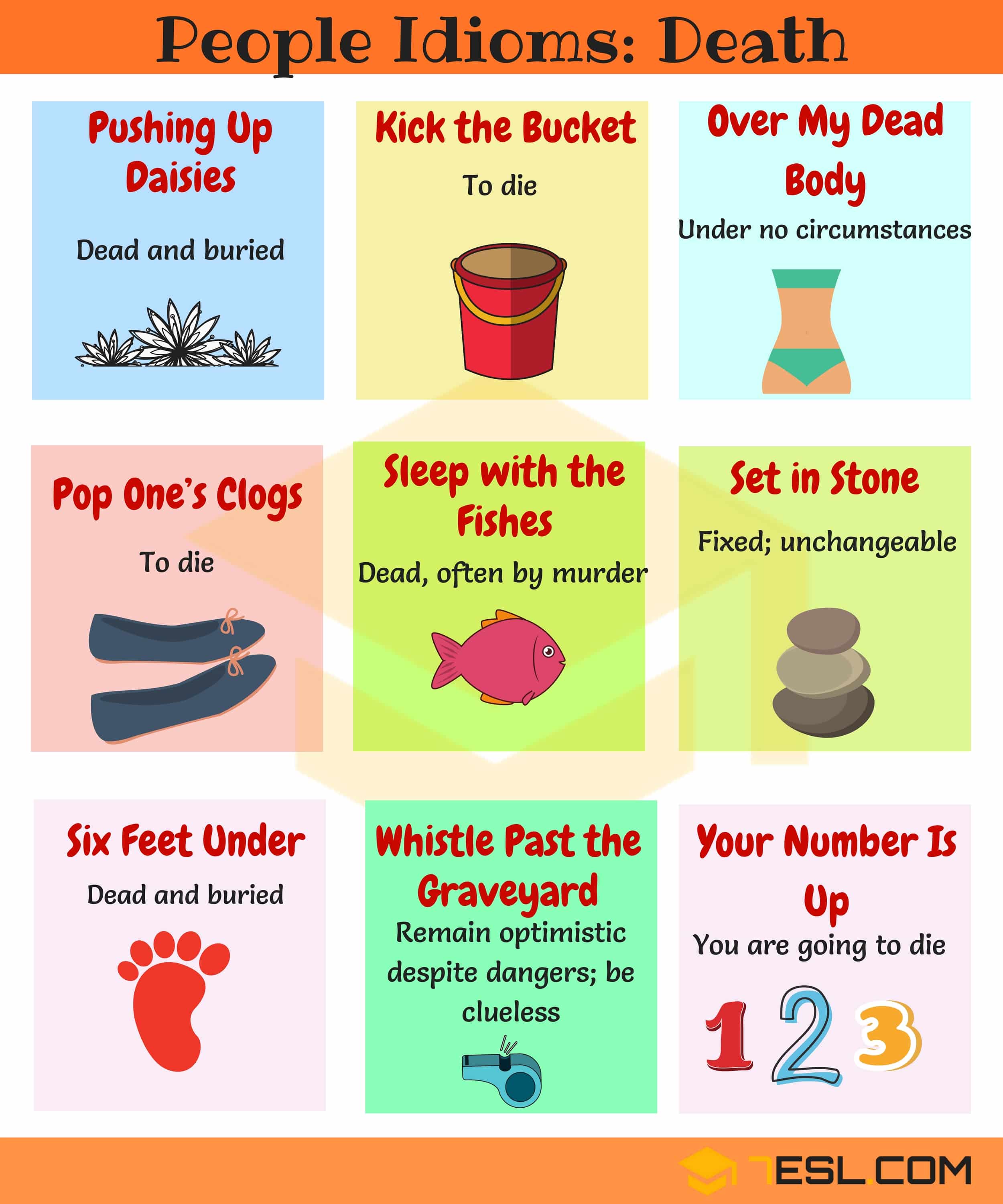 Thank you very much! At first look some of the meanings comes a bit sinister, but I perceive them all smilingly knowing that this is the topic and that is a culture with deeply buried roots. Yet, i would be happy to know how they derive from.