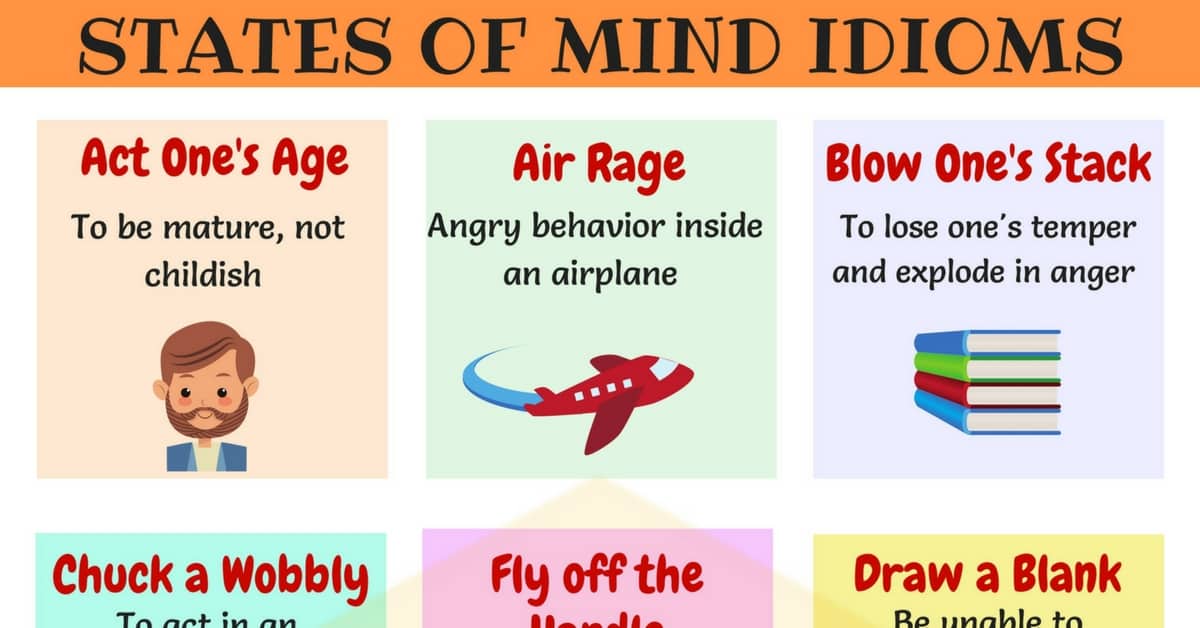 Meeting of the Minds

Scare the Living Daylights out of Someone

Out of Sight, Out of Mind

Not Playing with a Full Deck

Note: “A few bricks short of a load” is one of many variants.

Bang One’s Head Against the Wall (Against a Brick Wall)

Mad as a Hatter

Note: This is rare in the USA.

Fly off the Handle

Drive Someone Up the Wall

Note: Some people also say “drives me up a wall.”

Down in the Dumps

Note: You can also say “throw a wobbly.”

At the End of One’s Rope (Tether)

Useful Phrases and Idioms to Express Feelings and Emotions in English 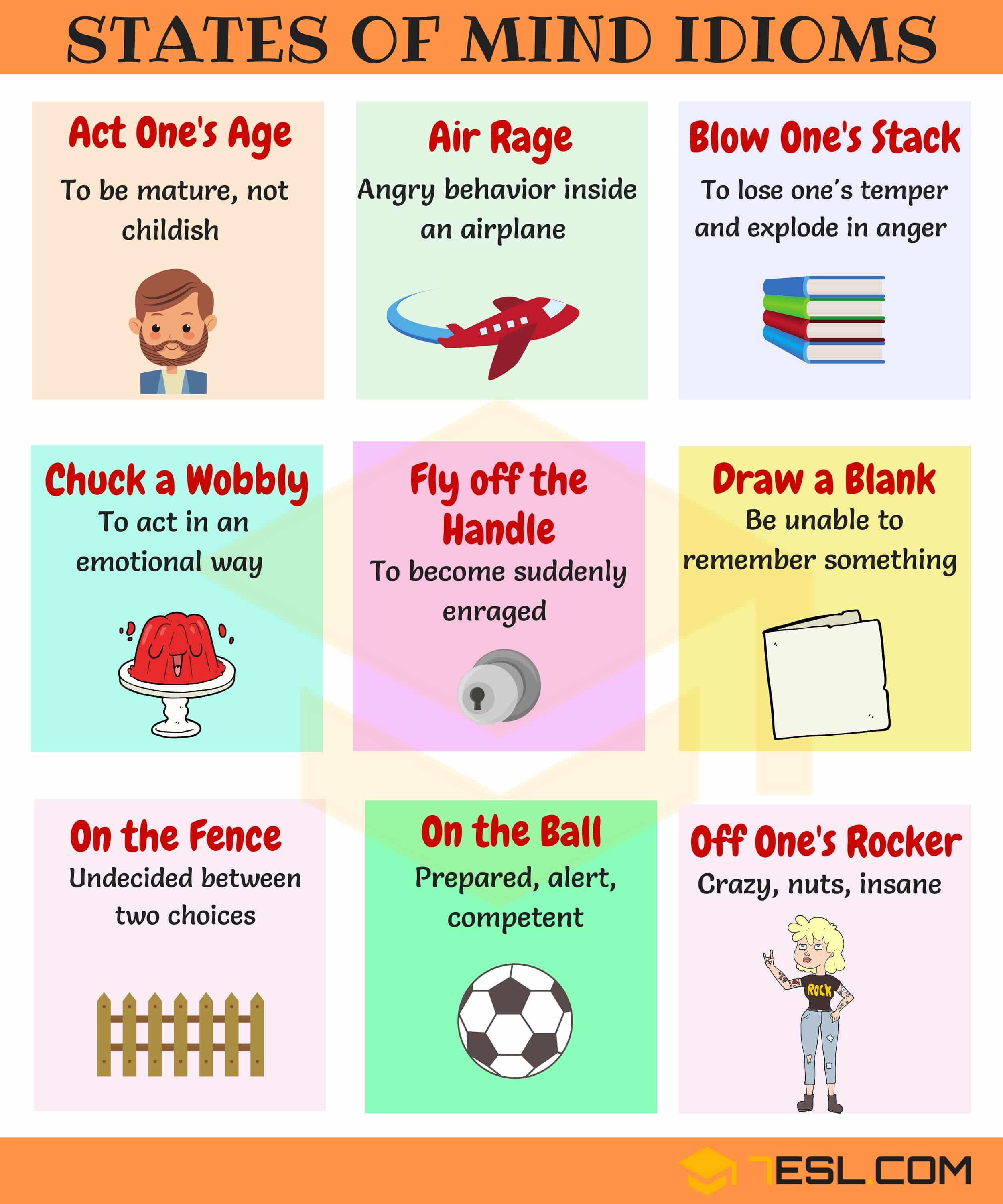 I know it is an amazing

i need help finding feeling Idioms Like sad ,happiness,anger,suprise,joyous that it is all please help
😟