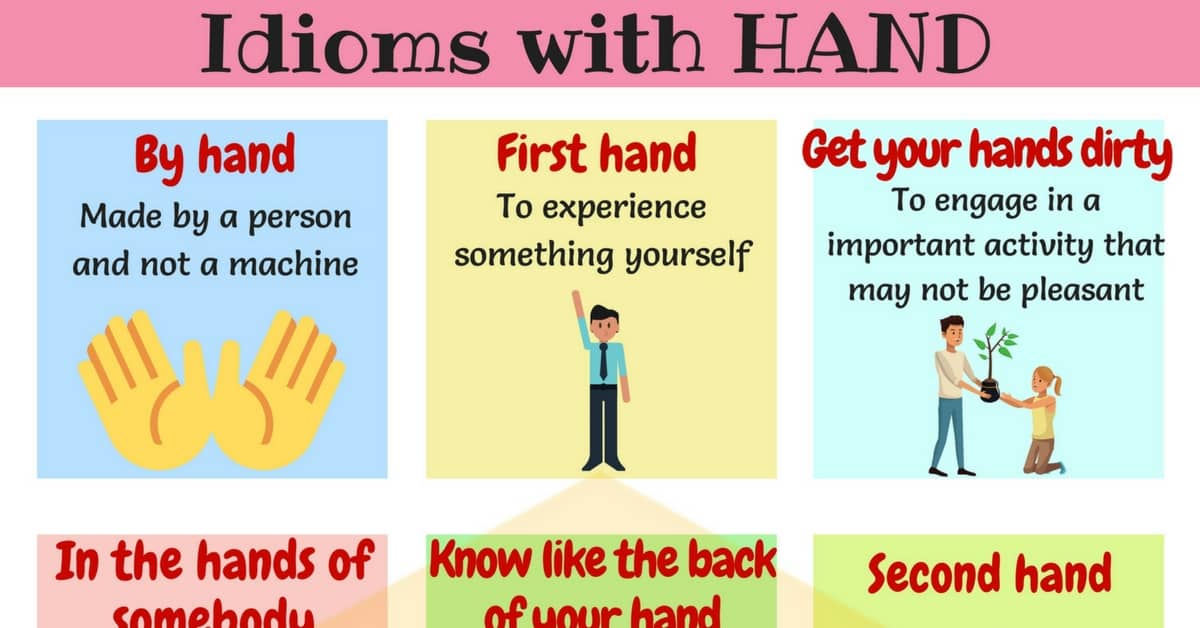 Hand Idioms and Sayings! Learn useful expressions and idioms with Hand in English with meaning, ESL printable worksheet and example sentences to improve your English.

Full list of body parts idioms in English with examples.

Hand Idioms with Meaning and Examples

Put your hand in your pocket

On the one hand…On the other hand

Give a hand/ lend a hand

Get your hands dirty

Have (someone’s) blood on (one’s) hands

In the hands of somebody, in somebody’s hands

Keep your hand in

Take your courage in both hands

Take the law into your own hands

Take your life in your hands

Turn your hand to something

Wait on somebody hand and foot

Wash your hands of somebody/something

Above is a list of most common idioms with Hand you should learn to enlarge your vocabulary in English.

Useful Hand Idioms and Expressions in English with Meaning. 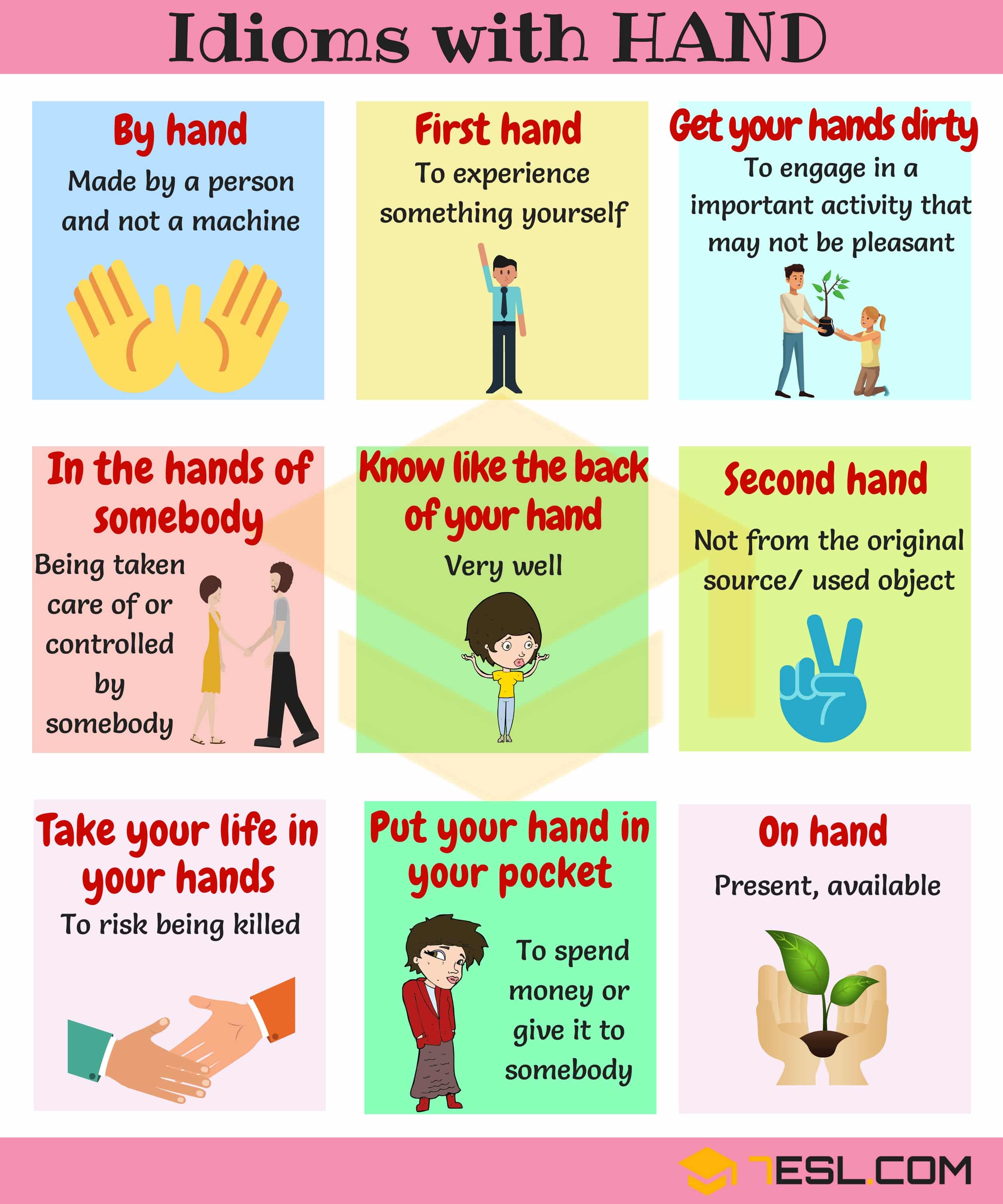 Thanks a lot for this collection❤
But I couldn’t get what I needed..Can you help me get a correct hand idiom here in the sentence below:
By 6 p.m. the birthday party began to ___ even the neighbours began to complain about the noise.

get out of hand

this is useful when you’re writing a musical and there is a character who’s whole character is, “I sell hands.”