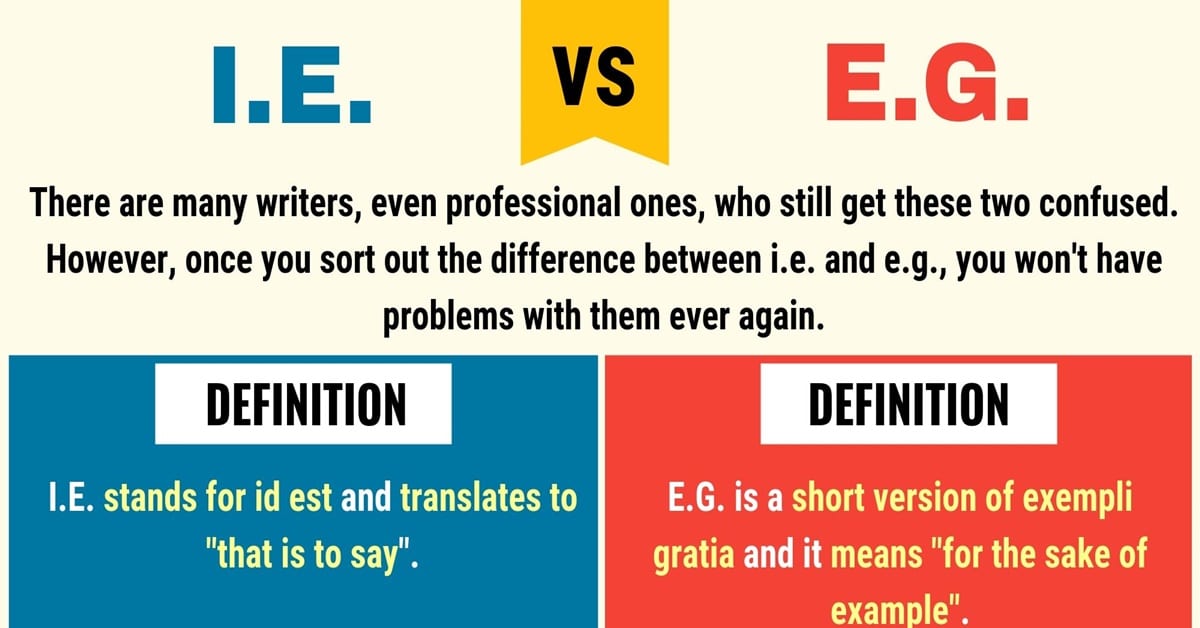 Difference between i.e. vs. e.g.? I.e. and e.g. are two abbreviations that you can meet often when you read articles, emails, or non-fiction books. You might even skip them, without paying any attention to them because they are just two letters in the middle of the sentence that don’t seem to add a lot of information to it. But if you have to use these abbreviations e.g. vs. i.e. yourself, will you do it correctly? There are many writers, even professional ones, who still get these two confused. However, once you sort out the difference between i.e. vs. e.g., you won’t have problems with them ever again.

Both the abbreviations come from Latin. E.g. is a short version of exempli gratia and it means “for the sake of example”. I.e., on the other hand, stands for id est and translates to “that is to say”. So, you can see that these abbreviations have very different meanings.

Use e.g. when you’re listing examples. For instance, when you want to mention all the countries that you’ve traveled to, you can say, “I’ve been to some Balkan countries, e.g. Croatia, Albania, and Serbia”. However, if you want to give an explanation or a definition of a term that you’ve used previously in a sentence, i.e. is the abbreviation you’re looking for. For instance, “I’ve been to some Balkan countries, i.e. countries that are located within the Balkan peninsula”. In the first sentence, you give examples of the countries you traveled to, while in the second one, you explain what you mean by “Balkan countries”.

With e.g., you give one or more examples, but with i.e., you clarify the information that you’ve already provided previously. Look at one more pair of sentences about Balkan countries, where one uses e.g. and the other uses i.e. Though the sentences look similar, they have very different meanings:

A small trick to help you remember when to use i.e.: instead of remembering the actual Latin expression, imagine that it stands for “in essence”. This way, you’ll never confuse it with e.g.

Difference between E.g. vs. I.e. | Infographic 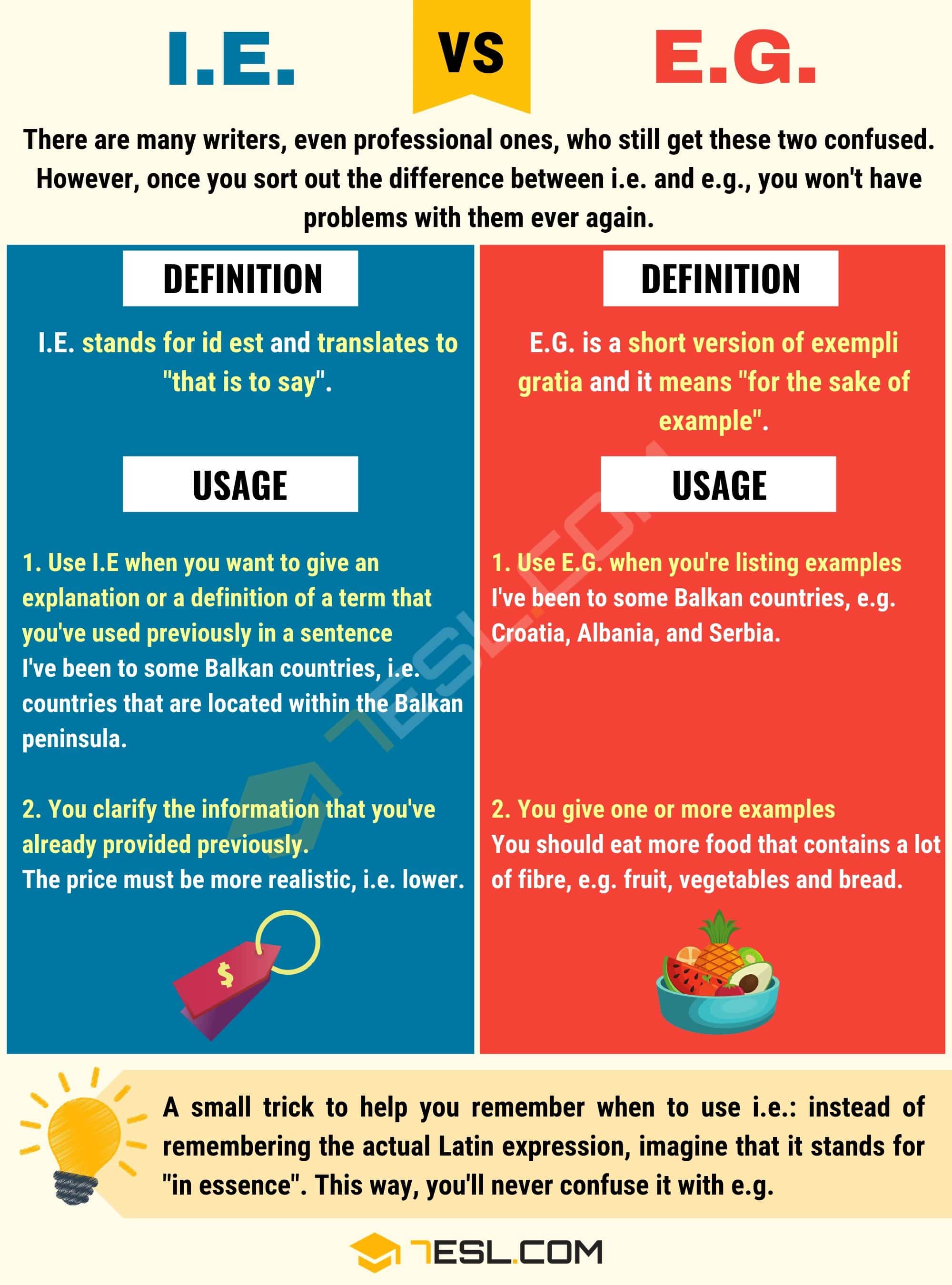