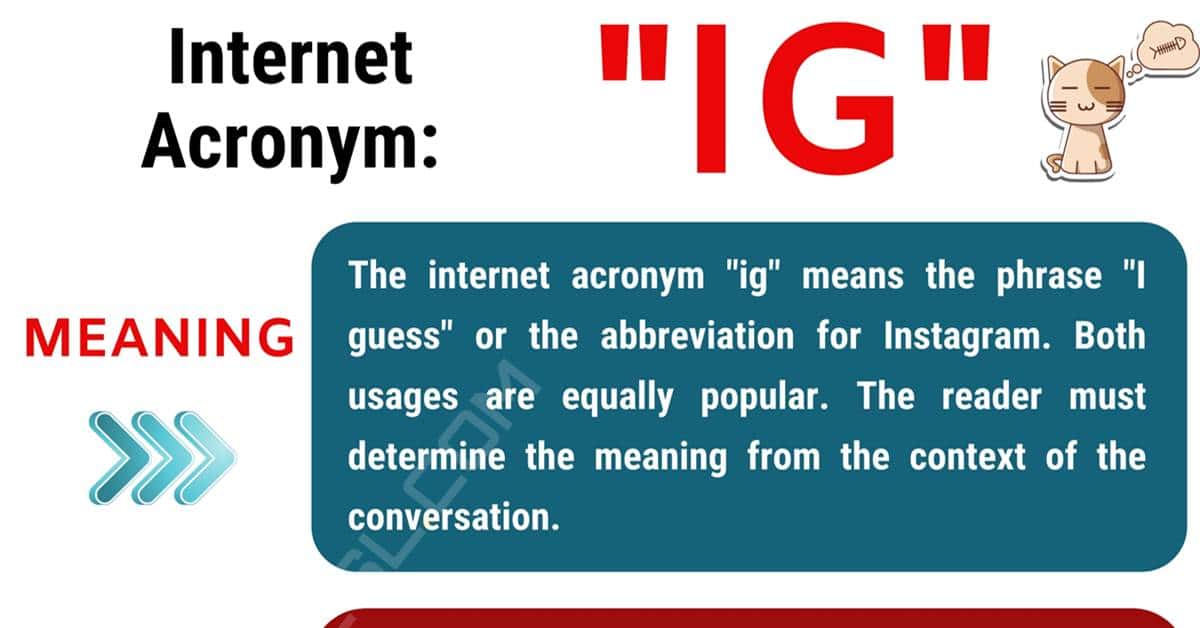 What does the idiom “IG” mean? The popularity of the internet and social media ushered in the age of using internet abbreviations and acronyms in all forms of electronic communication to make online conversations move quicker and reduce the amount of typing necessary. One of the internet acronyms that you may see often is “ig.” Here you will find the meaning of this term and the information about its origin. You will also find other meanings for the term if they exist and some examples of how to use the term properly in conversation. Finally, you will see some suggestions for other ways you can say this term and still convey the same meaning.

What Does IG Mean?

The internet acronym “ig” means the phrase “I guess” or the abbreviation for Instagram. Both usages are equally popular. The reader must determine the meaning from the context of the conversation.

As is the case with most internet slang terms, abbreviations and acronyms the specific origin cannot be pinpointed. Generally speaking, these acronyms develop over time as more and more people use them. The more the usage becomes widely spread, the more acceptable it becomes to use regularly among all internet users. Most likely, the acronym started on social online gaming and other forms of electronic communication before carrying over to the rest of the online community.

If you were to research the acronym “IG” on your own, you would find that the acronym is short for a lot more than just the two examples mentioned above. In the world of business, this acronym is short for many companies and organizations. It is also a shorthand abbreviation for some building processes. The use of “ig” on the internet, outside of a business or process label, can also mean interest group, ignore, iron golem or ignorant. Often the use of this acronym, even in its most popular forms, must be understood from the context it is being used in.

A text exchange between two friends during school.

An online conversation between two players on a game.

Other Ways to Say “IG”

Some of the things you could use in place of “ig” in your electronic communications to mean the same thing include:I think, I guess so, I suspect. 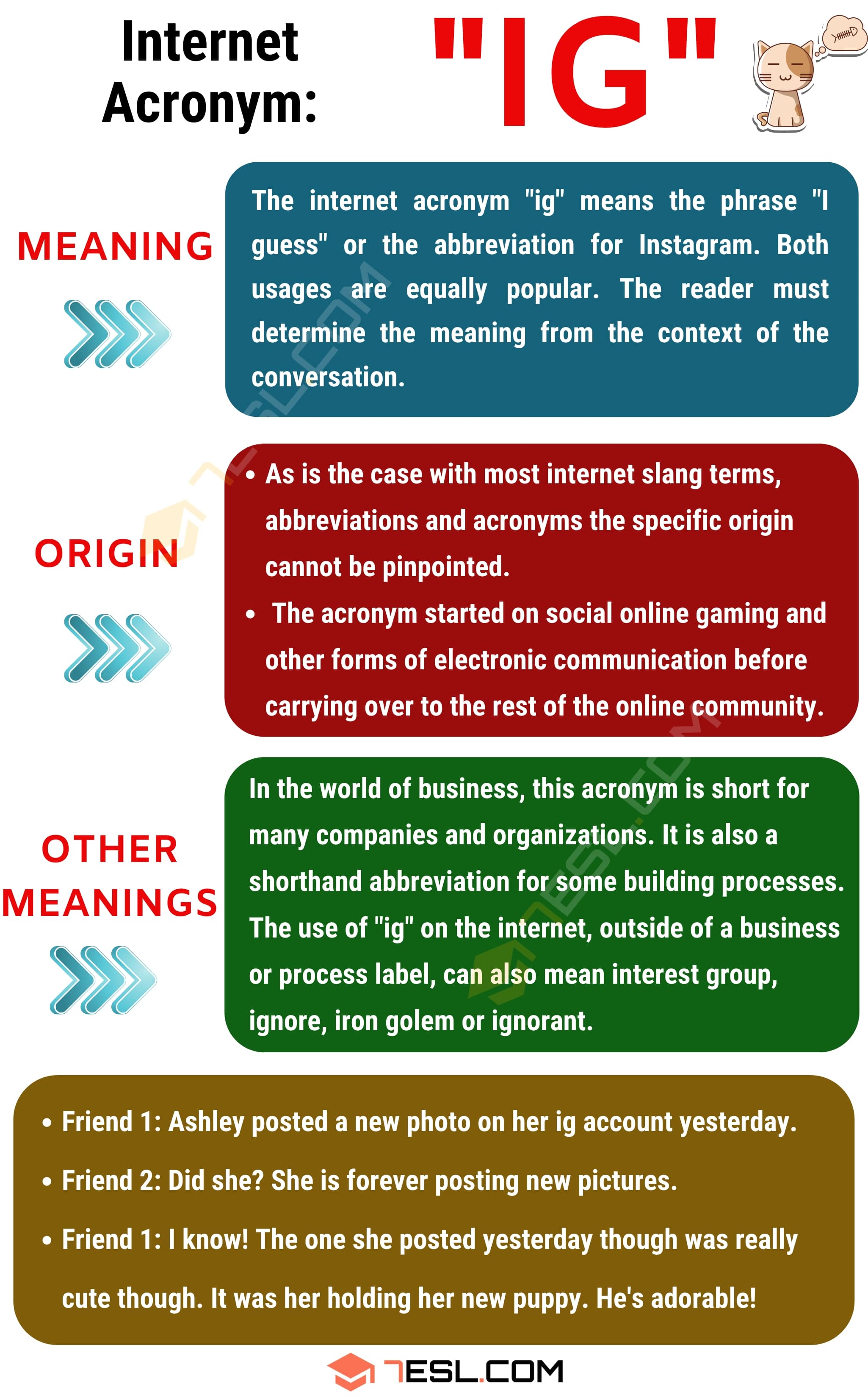