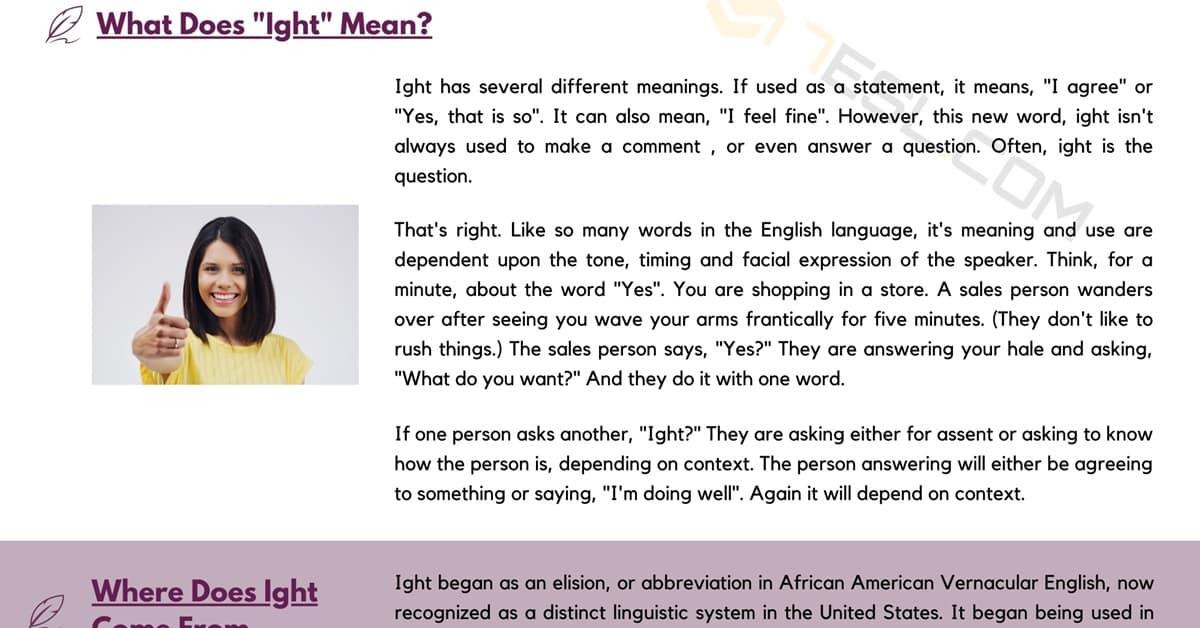 Why does the English language keep morphing? All we need to do is go to bed at night. When we wake up, there seem to be more mystery words and phrases than ever before. Ight? No, that wasn’t a typo.

Ight is an example of the effect that texting, rap music, culture and a plain desire to be different can have on how we communicate. These are only a few factors that affect language and its growth, but they are the main things that have brought about the birth of the word ight.

What Does Ight Mean?

Ight has several different meanings. If used as a statement, it means, “I agree” or “Yes, that is so“. It can also mean, “I feel fine“. However, this new word, ight isn’t always used to make a comment, or even answer a question. Often, ight is the question.

That’s right. Like so many words in the English language, it’s meaning and use are dependent upon the tone, timing and facial expression of the speaker. Think, for a minute, about the word “Yes”. You are shopping in a store. A sales person wanders over after seeing you wave your arms frantically for five minutes. (They don’t like to rush things.) The sales person says, “Yes?” They are answering your hale and asking, “What do you want?” And they do it with one word.

If one person asks another, “Ight?” They are asking either for assent or asking to know how the person is, depending on context. The person answering will either be agreeing to something or saying, “I’m doing well”. Again it will depend on context.

Where Does Ight Come from?

Ight began as an elision, or abbreviation in African American Vernacular English, now recognized as a distinct linguistic system in the United States. It began being used in rap music, and has become so familiar that many adults and teens now use it.

When Is Ight Used

It is no longer restricted to the Black community, but is not a word you are likely to hear at a retirement center as octogenarians greet one another. When used among adults, ight is generally reserved for the younger crowd.

But even the younger crowd use it mainly in casual conversation, or with friends. They are unlikely (for the most part, anyway) to walk up to their aunt as she stands by their uncle’s casket at a funeral parlor and say, “Ight?”

No, this is a word more likely to be used on the street, greeting a friend.

Or it will be used when friends are already together:

Translation: These words work fine in place of ight: Okay, good, sure, you bet, yeah, I’m in, I’m down with that, let’s go, why not, yes, fine, sounds good, great. 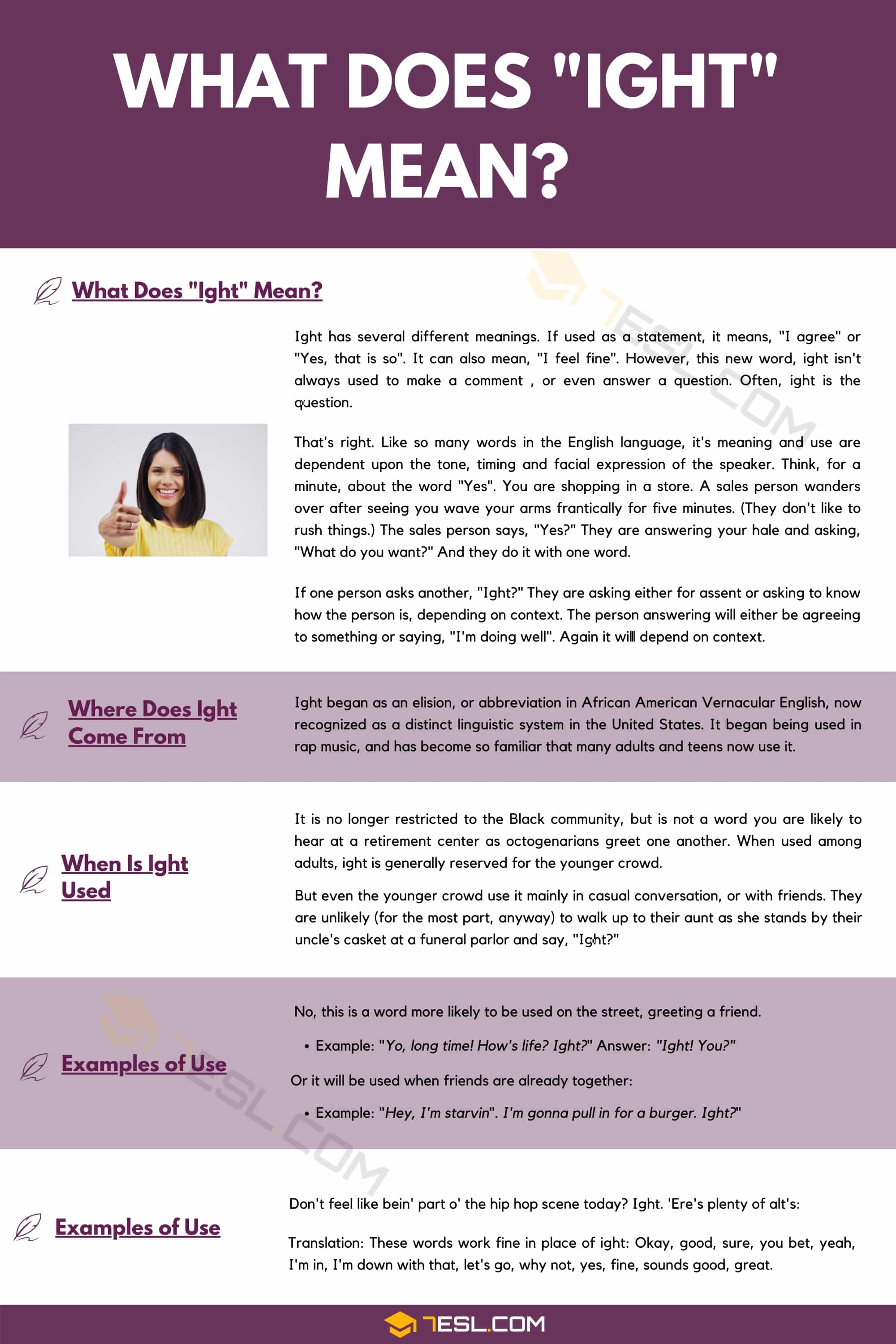