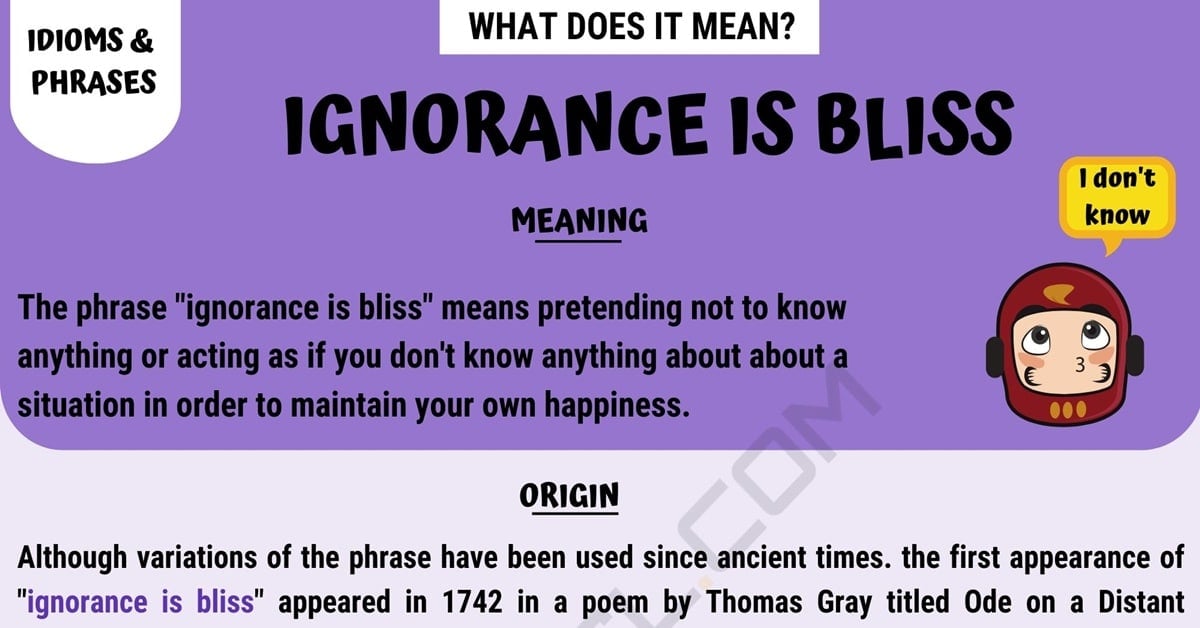 “Ignorance is bliss” is a common idiomatic phrase that is used in everyday informal conversation and writing. Here you will find the meaning of this commonly used phrase and the origin of the phrase. You will also find examples showing how to properly use this phrase in everyday conversations/statements, in addition to other ways to state the phrase in more literal terms.

The phrase “ignorance is bliss” means pretending not to know anything or acting as if you don’t know anything about about a situation in order to maintain your own happiness.

Although variations of the phrase have been used since ancient times. the first appearance of “ignorance is bliss” appeared in 1742 in a poem by Thomas Gray titled Ode on a Distant Prospect of Eton College.

A statement in a political newspaper article.

A statement made regarding a local incident.

Other Ways to Say “Ignorance Is Bliss”

There are other ways to say “ignorance is bliss” using more literal terms. Things you could say that convey the same meaning include: what you don’t know can’t hurt you, there are some things better left unknown or I am much better off not knowing. 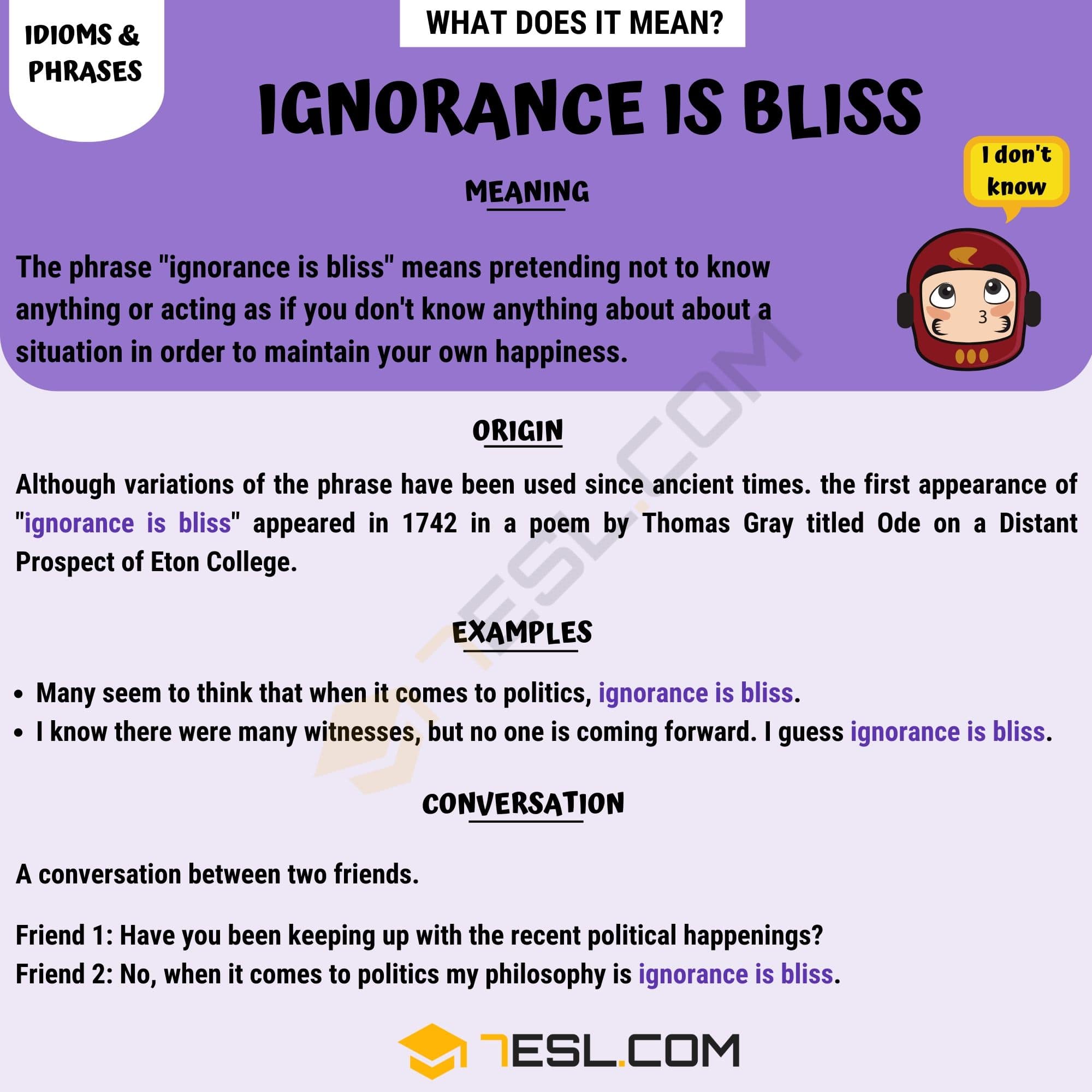 I really love reading wise sayings.
Are there more?