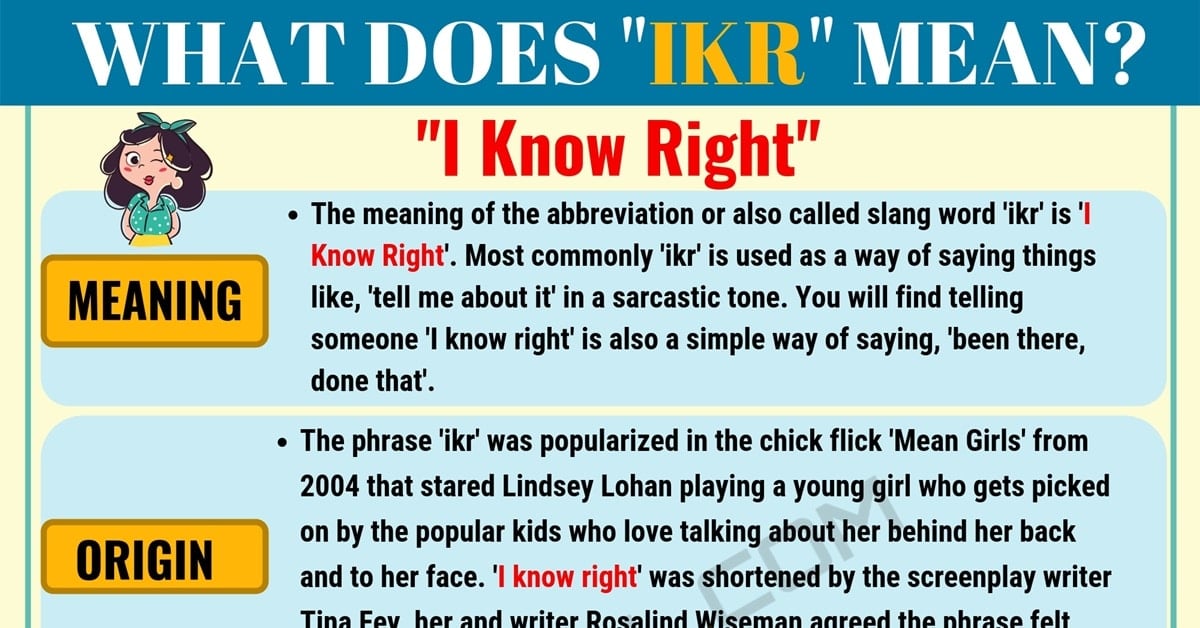 What does IKR mean? Learn the definition, how and when to use this internet acronym with ESL infographic and useful conversation examples in English.

What Does IKR Mean?

IKR stands for “I Know Right”.

The meaning of the abbreviation or also called slang word ‘ikr’ is ‘I Know Right’. Most commonly this texting acronym is used as a way of saying things like, ‘tell me about it’ in a sarcastic tone. You will find telling someone ‘I know right’ is also a simple way of saying, ‘been there, done that’.

The phrase ‘ikr’ was popularized in the chick flick ‘Mean Girls‘ from 2004 that stared Lindsey Lohan playing a young girl who gets picked on by the popular kids who love talking about her behind her back and to her face. ‘I know right’ was shortened by the screenplay writer Tina Fey, her and writer Rosalind Wiseman agreed the phrase felt even more sarcastic in an abbreviated form.

All the ways this internet slang term is commonly used.

Here we have a conversation between friends and one is complaining about life and how everything is not even trying to go her way. The other says ‘ikr’ in a tone meaning seriously your not alone.

During an online chat among classmates they discuss one classmates school project and this helps one decide, hey next year I’m so going to do better than they did this year. Using ‘ikr’ as a shorter way to say, ‘are you kidding me I should have taken longer on my project, I can’t let this happen again.’.

While chatting when playing online games phrases like ‘I know right’ often get abbreviated making it being faster and easier to type using a controller. Here we see two guys who can’t believe one of their team mates missed what appeared to be an easy shot.

At times ‘ikr’ isn’t used in a sarcastic way. At times you will find it used as a short way of saying, ‘I know, it all sucks.’ like the conversation here where a girl wants to hang out with the guy and he wants to see her as well, but instead is doing the responsible thing and staying in to finish homework. 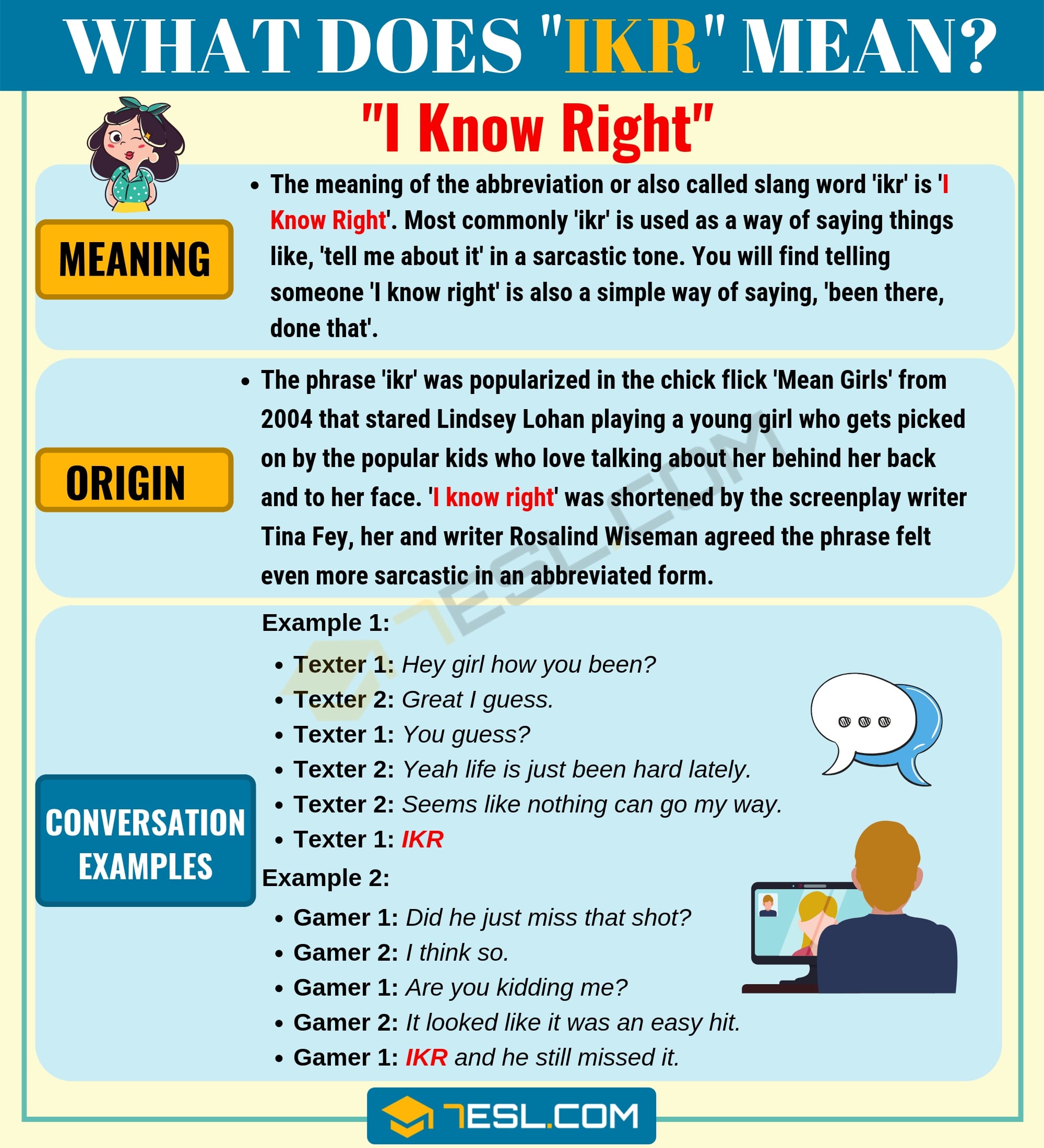