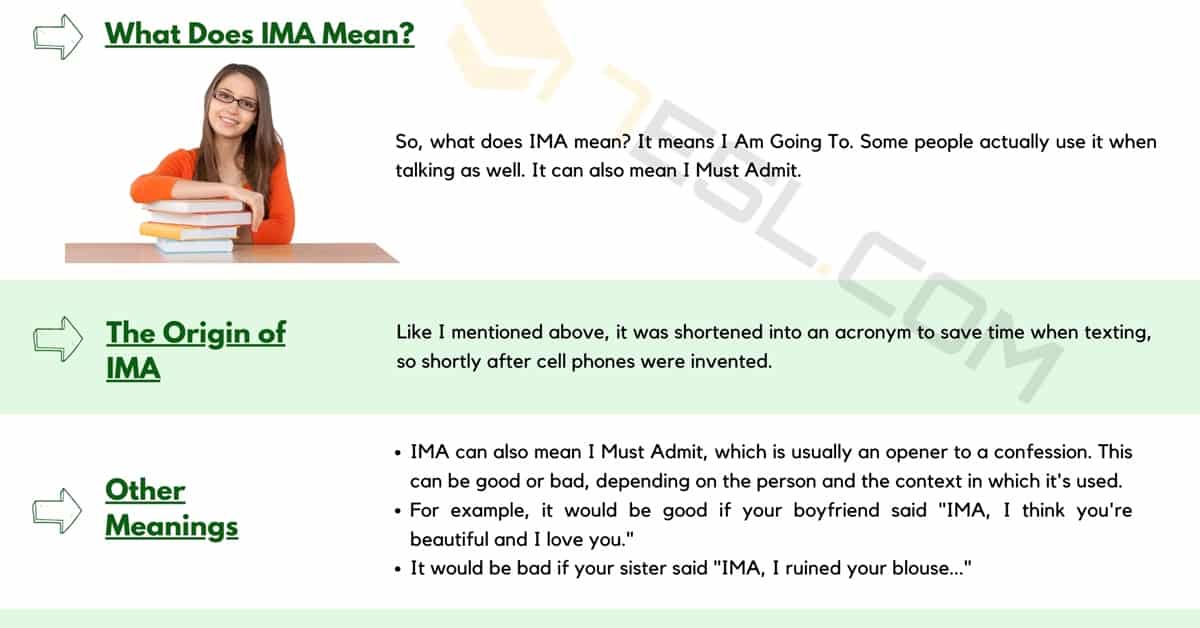 Acronyms can be a great way to save time when typing a text or message. And some of them are obvious what they mean, but some aren’t…

If you’ve received a text or message that says IMA and don’t know what it means or just want to learn more about it, you’ve come to the right place!

What Does IMA Mean?

So, what does IMA mean? It means I Am Going To. Some people actually use it when talking as well. It can also mean I Must Admit.

The Origin of IMA

Like I mentioned above, it was shortened into an acronym to save time when texting, so shortly after cell phones were invented.

What are Other Meanings of IMA?

IMA can also mean I Must Admit, which is usually an opener to a confession. This can be good or bad, depending on the person and the context in which it’s used.

When to Use IMA

Again, you would use IMA with anyone you have a casual or informal relationship with. Like a sibling, friend, close cousin or even a colleague that you get along with and are more like friends with.

Examples of How to Use IMA

Now that you know what it means, and when and when not to use IMA, here are some examples of how to use it:

Message from coworker that you have a close relationship with:

Other Ways to Say IMA

If you think (or know) it would be inappropriate to type IMA to the person you’re texting, please don’t. So, what can you type instead?

This comes across as more respectful and confident to the other person because you’re taking the time to type this statement out fully. You’re acknowledging, without saying it directly, that they’re worthy of your respect and time, even if it’s just a few extra seconds. You’re also stating (again, indirectly) that what you’re saying is important and worthy of respect too, because you’re not rushing to write or send it. 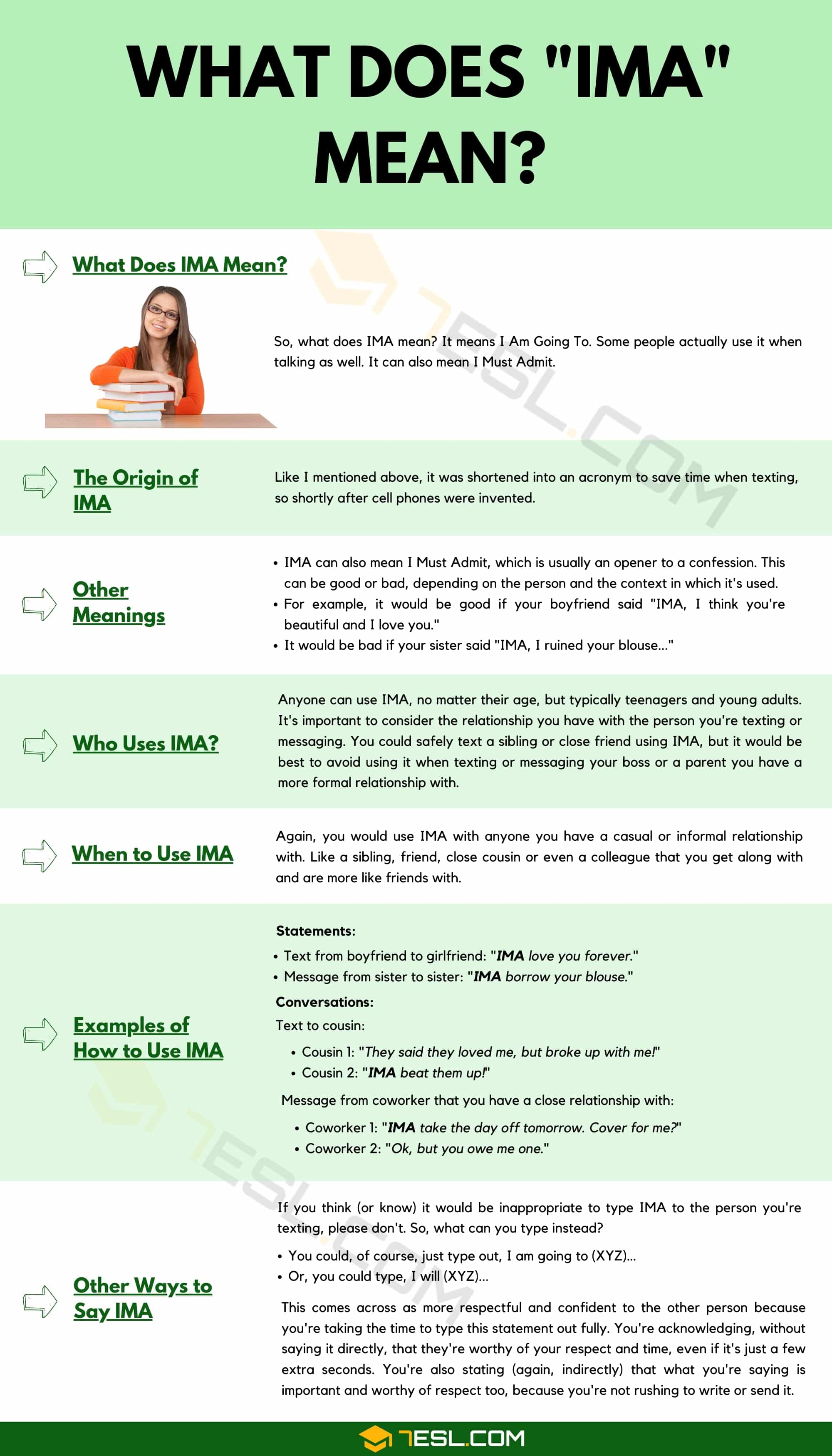